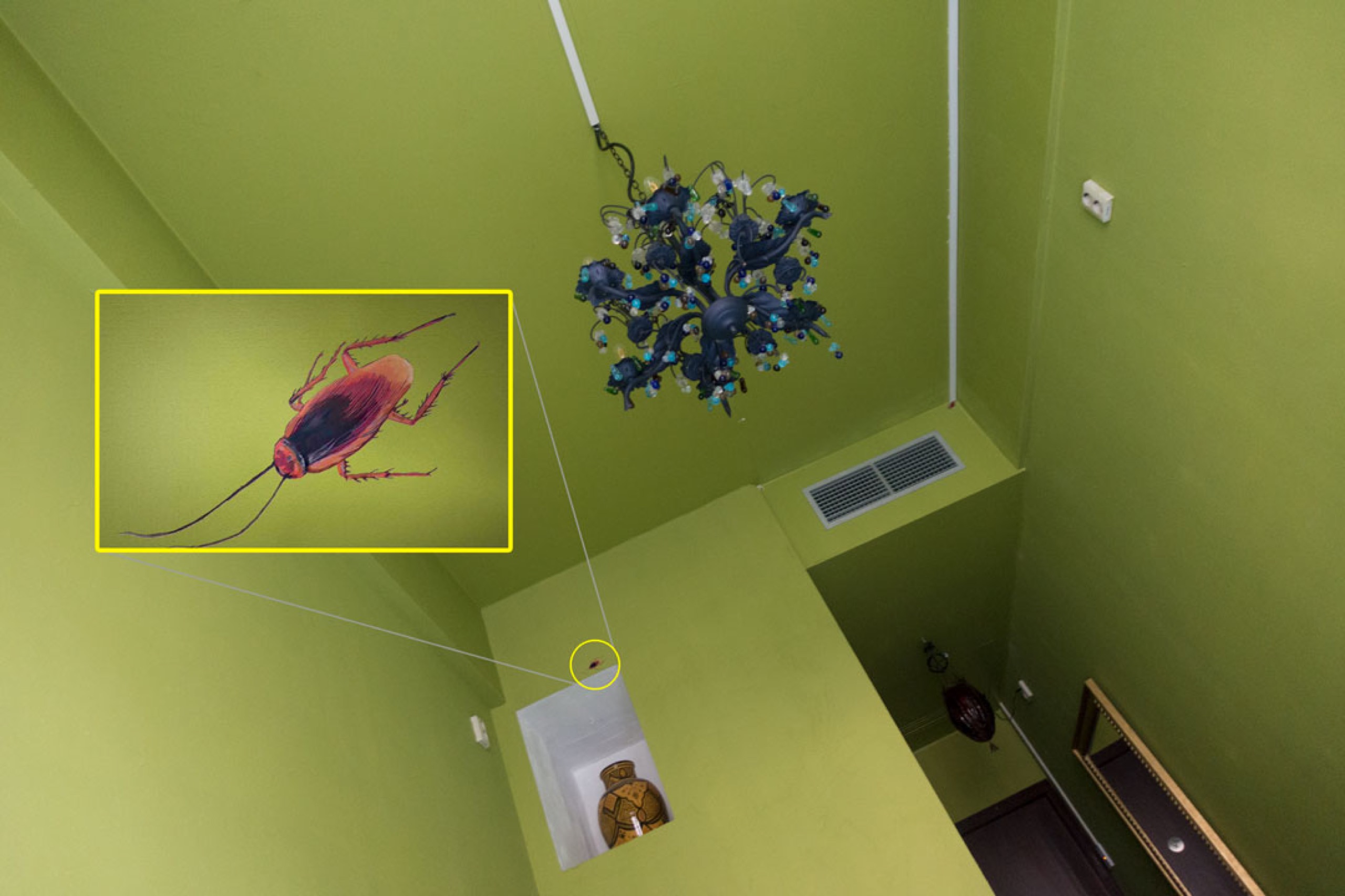 Growing up in Casablanca made Salim Bayri aware of the blessings of being exposed to a pool of cultural diversity. In this conversation for Living Content, Salim explains how his artistic practice was shaped by the people he grew up around and by the cultural landscapes and languages he encountered. He also talks about how humor and interdisciplinarity inform his practice, and how they help him deal with the bureaucracy of moving from place to place.

Salim Bayri (1992), visual artist born and raised in Casablanca, based in Amsterdam.

Adriana Blidaru: How did you get into making art and how was growing up in Casablanca?

Salim Bayri: I was surrounded by people from my family, from school, and from my gymnastics training, who were able to expand your mind with their particular ways of seeing the world. I remember sitting by the window with my auntie Aicha, and she would comment on the most mundane things in the funniest way. It was better than any VR goggles. That feeling of ‘seeing the world through someone else’s eyes’ made me want to make things.

In the beginning, my mom always used to bring over her guests to see my drawings and my silly inventions, so growing up, adults and random cousins were my main audience. We had computers at home for as long as I can remember but it was only later on that affordable internet became common in Morocco. Suddenly it was like “Oh wow! There is a whole world full of people outside of the house.” On top of that, I grew up with game consoles that my uncle used to bring from Italy. You could say that my Casablanca ‘art diet’ ranged from Aicha’s ‘VR window’ to Killer Instinct and Oddworld: Abe's Exoddus.

AB: Your work is self-reflective and it often includes your perspective as a young artist living in a very international world. Can you tell me a bit about the other places that you have lived in and how these experiences have influenced your work?

SB: The opportunity to move from A to B is an iconoclastic act where hierarchies get upset. It is very frustrating but it is also liberating to see priorities rearrange. If I thought it was vital for me to have some dried meat and an egg omelet every morning, only to end up being somewhere where there’s no dry meat nor omelet for breakfast, then this would automatically raise some questions: ‘Can I replace it with tofu?’ ‘Is the meat really important?’ ‘Should I just skip breakfast?’ The same questions arise from oneself and about oneself, when moving somewhere else: ‘Is it about my appearance?’ ‘Is It about my accent?’ ‘Who else feels like me?’. Changing an environment helps one identify what truly matters. These questions and answers can lead to polarized positions. That’s why I try to find ways to shatter them, in the hope that I can see where some of the most ineffable answers are.

AB: In one of your essays you talk about how when growing up you were constantly exposed to different dialects, which, depending on the environment, would change: at school everyone would speak the officially recognized language, at home you would speak Moroccan Darija, and in the media, you would hear other languages, based on the different existing dialects. In a way, I see how this is carried out in your practice: you allow for different readings of your works by the way you carve out different perspectives from within them. I’m curious about this strategy and why you think it’s important.

SB: More than being exposed to different languages, it’s about realizing that they exist in a food chain. They eat, steal, hide, spit, chew, and step on each other. Some are perceived as being on top. French and Classical Arabic have a status that the Imazighen languages or Darija don’t have. But from a different perspective, Darija is not under the control of a canonized Institution such as l’Académie française, and that also has its advantages. As Ngugi Wa Thiong’o says: “In terms of language, English is very dominant vis-a-vis African languages. That in itself is a power relationship between languages and communities because the English language is a determinant of the ladder to achievement”. So I ask myself how does this vivarium of various languages live together in one same body and how they function in the online space.

AB:  Let’s talk a bit about the medium you use in your work. You’re often using 3d programs, videos, animations, AR, etc., but your work almost always materializes in installations which look “low res”  and which include unusual combinations of materials: clay sculptures, Ipads, stickers, TV structures made of MDF boards, etc. Can you tell me more about this?

SB: I tend to use materials that are immediately available to me. And I use tools like computer programs and phone apps because that’s what’s accessible to anyone with a computer and internet because I am interested in the social aspect of it: what does it mean to have 3 generations that have a smartphone? Or what does it mean to circulate an image through all three of them? I find it more organic; it’s a way to align myself to my environment instead of trying to reinvent the wheel.

If a piece works with low res materials, then it's enough. If not, an upgrade is needed. When you see works by David Hammons or Robert Filliou, you realize that in their fragility lays a big strength.

SB:  I often imagine that there’s a raid and someone says: “you have 10 min to pack!” So I take my phone, my documents, my wearable pieces, and a few T-shirts. It is an improbable paranoid scenario but I think it comes from having to maintain a legal status abroad. It feels like having a Sword of Damocles hanging over your head: you are threatened every year, every moment, that you might lose your rights. This somehow pushes me into making artworks in a state of urgency. Sometimes, I’m in the studio and I imagine myself being in that situation: what would I take with me? What would I leave behind? The data? I don’t care, most of it is in the cloud. But maybe I’d add some sweet dates for the trip back.

In the 50 ́s, Moluccan soldiers were sheltered in The Netherlands as a temporary solution to political problems in Indonesia. Apparently they would always keep a suitcase by the door, in case they would be returned to their homeland, as the Dutch government promised. That never happened, most of them stayed.

AB: The work Road to Schengen (2016) strikes a chord with almost anyone who moves abroad. Can you tell me more about this work that is a basically a computer game? I also noticed that there’s really no way to win it: why is that?

SB:  It was the bureaucratic nightmare that I had to go through at one point. Almost anyone can relate to that. I spent years in Spain: I finished school, had a girlfriend, friends, and I was hoping to grow professionally but it was a dead end. I couldn’t see any viable way out. Instead, I saw ahead another six years of labor exploitation and unstable, brittle visas before starting to claim my full rights through the naturalization process. So it’s about these contradictions of being in a quest for emancipation and freedom in the art world, inside the European dream, which–in itself–comes with all these promises. But actually it conceals very strong restrictions–especially when an eviction letter wakes you up.

In Morocco, you don’t have any of these enticing idealistic European ideas. It’s a closed, quite xenophobic place where it’s hard for immigrants to settle, but at least you know what to expect.

In the game, I didn’t want to only highlight the bureaucratic side of the process but also an emotional one. In it, your mom misses you, you can fall into deep homesickness, fail to find love...  but it’s all about keeping the game running. Getting a specific passport is not a victory.

AB: Very Sisyphean... Thinking about the piece Smart_Shop.obj, but also judging from multiple installations (like S-Links, etc.), there seems to be a kind of cumulative process to your work. Can you tell me more about this? I’m curious how much of this is studio-based?

SB: I feel discontent with certain world views as they are presented to me: sandwiched between disenchanted technocracy and exciting religion, orthodoxy and heterodoxy, home and being away. Accumulation and repetition is a way for me to play and look for new configurations in between these buns. Naturally, this doesn’t lead to any solutions, but magical moments happen between a small dismissible drawing of a thinking camel and a sophisticated render of a prayer machine. Maybe it’s like creating myths. In Smart_Shop.obj, I’m interested in having a malleable storage that grows and shrinks, and that ‘freezes’ at specific moments in time as a print or a render. I see it just like emptying your bag after returning from a trip. Looking at your loot, you can create meaning out of every little object in it, including those sad bread crumbles at the bottom.

AB: What were some of the last objects you added there?

SB: The last objects I added were a car bump, a flat mushroom, a plastic bag, and a lying sheep.

AB: What are you excited about in the near future?

SB: I’m working now on a project with Ghita Skali that involves very simple machine learning tools and second-generation Dutch-Moroccan future-friends. I am curious about finding out ways to train the machine to generate collective imaginaries.