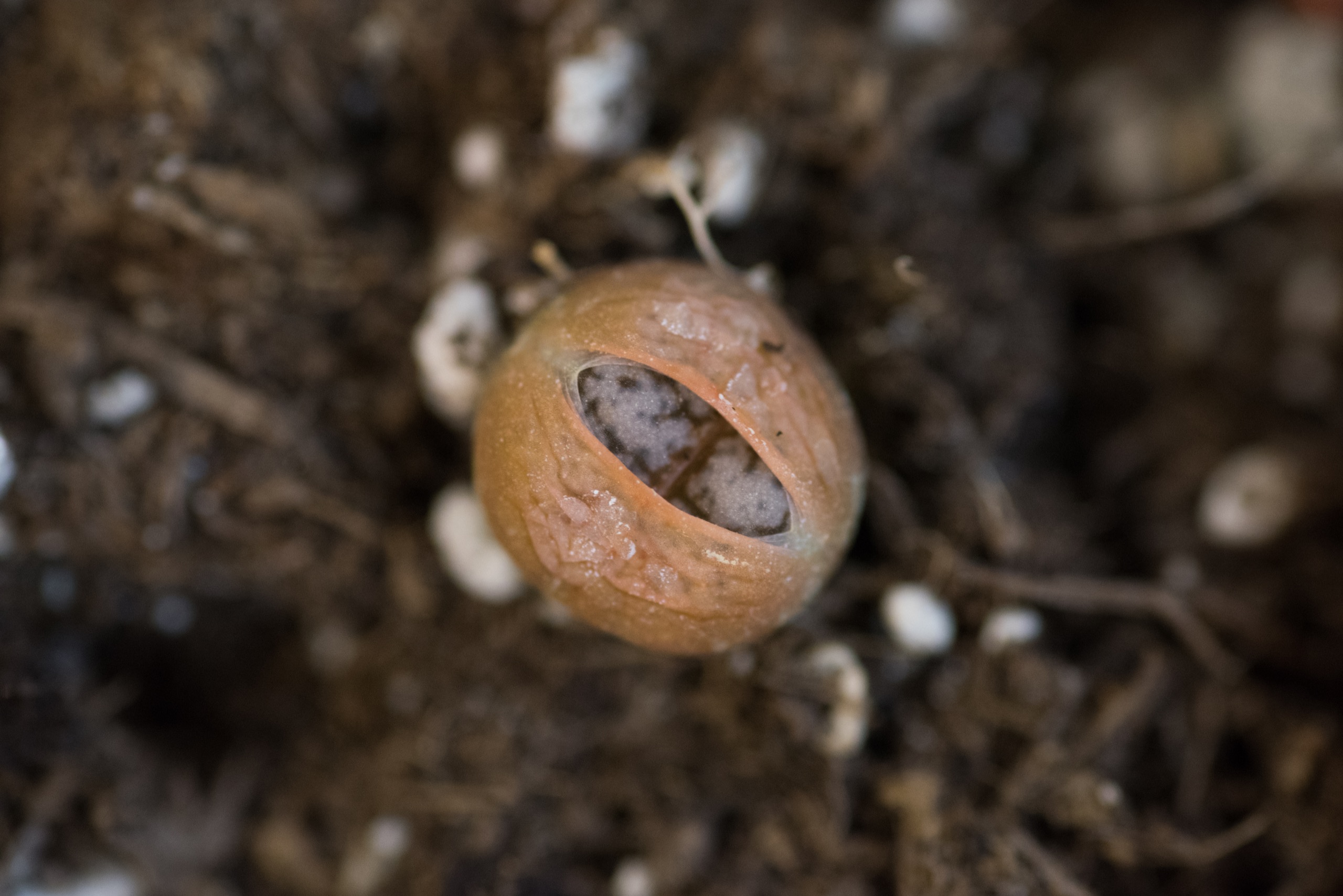 Michael Wang and I met in Switzerland in 2016, as he was finishing his project for Parcours Art Basel. Over lunch we talked about his trip to rural China, that he was going to undertake later that Summer, to find out whether there are any Ginkgo Biloba trees left in the wilderness. These trees adapted so well to our urban environments that are now, paradoxically, almost extinct in the wild. Michael has a keen eye when it comes to identifying paradoxes like this. We met recently to discuss how his work uses systems that operate globally, such as species distribution, value exchange, and global warming, and more specifically how his recent project Extinct in the Wild complicates and collapses the common cliché of nature vs culture. 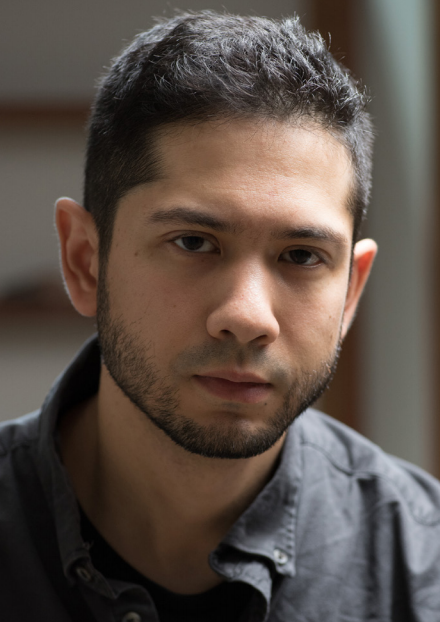 Michael Wang uses systems that operate on a global scale as media for art: climate change, species distribution, resource allocation and the global economy. His works include Carbon Copies, an exhibition linking the production of artworks to the release of greenhouse gases; Extinct in the Wild, a project that engages species that no longer exist in nature but persist under human care; World Trade, a series tracing the trade in steel from the World Trade Center following the attacks of September 11, 2001; and Rivals, a series that connects the readymade to systems of corporate finance.

Living Content: Your practice looks to reframe the relationship between nature and culture. Can you expand more on your general concerns regarding this - and perhaps in relation to your recent project at Fondazione Prada in Milan?

Michael Wang: The effects of human technology are reshaping nearly the entirety of the biological world. Climate change and ocean acidification are fundamentally altering the substrate for all life on this planet. In this show "Extinct in the Wild", at Fondazione Prada, I focused on a unique category of organism: those that no longer exist in nature but exist exclusively under human care. I see these species as emblematic of a new biological reality in which all species, to survive, must adapt to a human world. These species have crossed the threshold from nature into culture.

The show brings species classified as extinct in the wild into the space of art, where the curatorial staff is tasked with caring for these living organisms. I was interested in the origin of curation, which at its root denotes “care.” Here, the role of the curator enters a global, ecological sphere.

Alongside this work, I am documenting, through photographs, the exact locations where species were last observed in the wild, as well as these same species in cultivation or captivity. The former documents an absence (the absence of the species) as well as the transformation of a place. Sometimes an environment still appears “natural,” while in others the effects of human actions are very clear: a highway has been cut through a mountain or a dam built across a river. The photographs of the species themselves show the context in which they persist: in research labs, botanical gardens, zoological collections, urban plantings, or farms. Combined, the photographs document a passage from nature into culture. As with much of my work, the global scale of the project is important. While each “story” is localized and unique, the mass extinction we are currently witnessing affects the entire surface of the earth.

Beyond this project, my work has often looked to technological tools that appropriate formerly natural processes for human ends. Biotechnology or geo-engineering are some examples. I have worked with a cellular biologist producing artificial stem cells: pure biological potential that she was then able to shape towards unique “fates,” with the ultimate aim of being able to produce any cell type in the adult human body. I have also worked with carbon offsets, a system which, at a regulatory level, incentivizes the erasure of greenhouse gases from the earth’s atmosphere. Offset markets are linked to environmental management on a global scale. In the epoch of the Anthropocene, human technologies must be understood in the context of their environmental effects. While terms like “extinct in the wild” assume a clear divide between the human and the natural, I hope my works call these categories into question. The natural world has become the human world.

LC: You mention you work with different specialists and scientists: how do these collaborations play out in your work?

MW:  We live in a world defined by science and technology. I want to work directly with and within the systems of techno-modernity. To enter into these systems I need to become conversant in the language and functioning of each. Working with scientists and other experts helps me expand the domains in which I can work as an artist.

LC: In Extinct in the Wild you displayed diverse species side by side in special designed ecosystems. Where are you positioning your practice in staging and sharing this type of knowledge?

MW: I don’t think of the show as consisting only of ideas or knowledge. The show expands a living and material network of organisms into the space of art. I see each of the species on display in relationship to all the other individuals of the species under human care outside the space of the exhibition. These species have been uprooted from the environments in which they evolved. They are homeless species that persist only within these dispersed and often global networks of human care. The show becomes a new node in a global network of care. In elevating these species to the status of artworks, I want to draw attention to these larger networks of which they are a part, to put these systems of care on display.

LC: How do you see this project evolving and materializing beyond the ongoing indexing of these disappearing life forms?

MW: It’s important to make clear that not all of these species are disappearing. While they have disappeared from nature, some are in fact more common under human care than they might ever have been under purely natural conditions. The ginkgo (Ginkgo biloba), for example, disappeared from the wild in the Dalou Mountains in China when the megafauna that dispersed its seeds went extinct (an extinction most likely caused or accelerated by ancient human hunters). But because humans cultivated the species for its edible seeds and for its religious significance, it persisted. Today, the ginkgo is valued by landscapers for its resistance to urban pollution and has been planted in cities worldwide.

However, some of the species are quite rare and persist solely because of sometimes heroic conservation efforts. The Alula (Brighamia insignis), nearly disappeared from the Hawaiian islands with the extinction or near extinction of its pollinator, most likely a species of hawk moth, or the very rare Fabulous Green Sphinx Moth (Tinostoma smaragditis).

When only a few individuals remained, botanists rappelled into the ocean cliffs to hand pollinate the plants and began propagating the species in cultivation. During this work, hurricanes ripped the last remaining wild plants from the cliffside. More darkly, the Blue cycad (Encephalartos nubimontanus) disappeared from the wild, when all known plants were collected by poachers for the rare plant trade. More individuals now exist in cultivation than were ever known from its sole known locality in the Drakensberg in South Africa.

Like most of my works, the Extinct in the Wild project is ongoing. As long as species continue to move from nature into the space of culture, the project can continue. I am interested in evolving the role of art institutions to provide new modes of care--not only for traditional artworks but also, in this case, for living species. These species become artworks in the tradition of the readymade. But whereas the readymade was displaced from mass culture into high culture, these species have been doubly displaced: from nature into various realms of culture (scientific research, horticulture, the pet trade) and, from there, into the space of art.