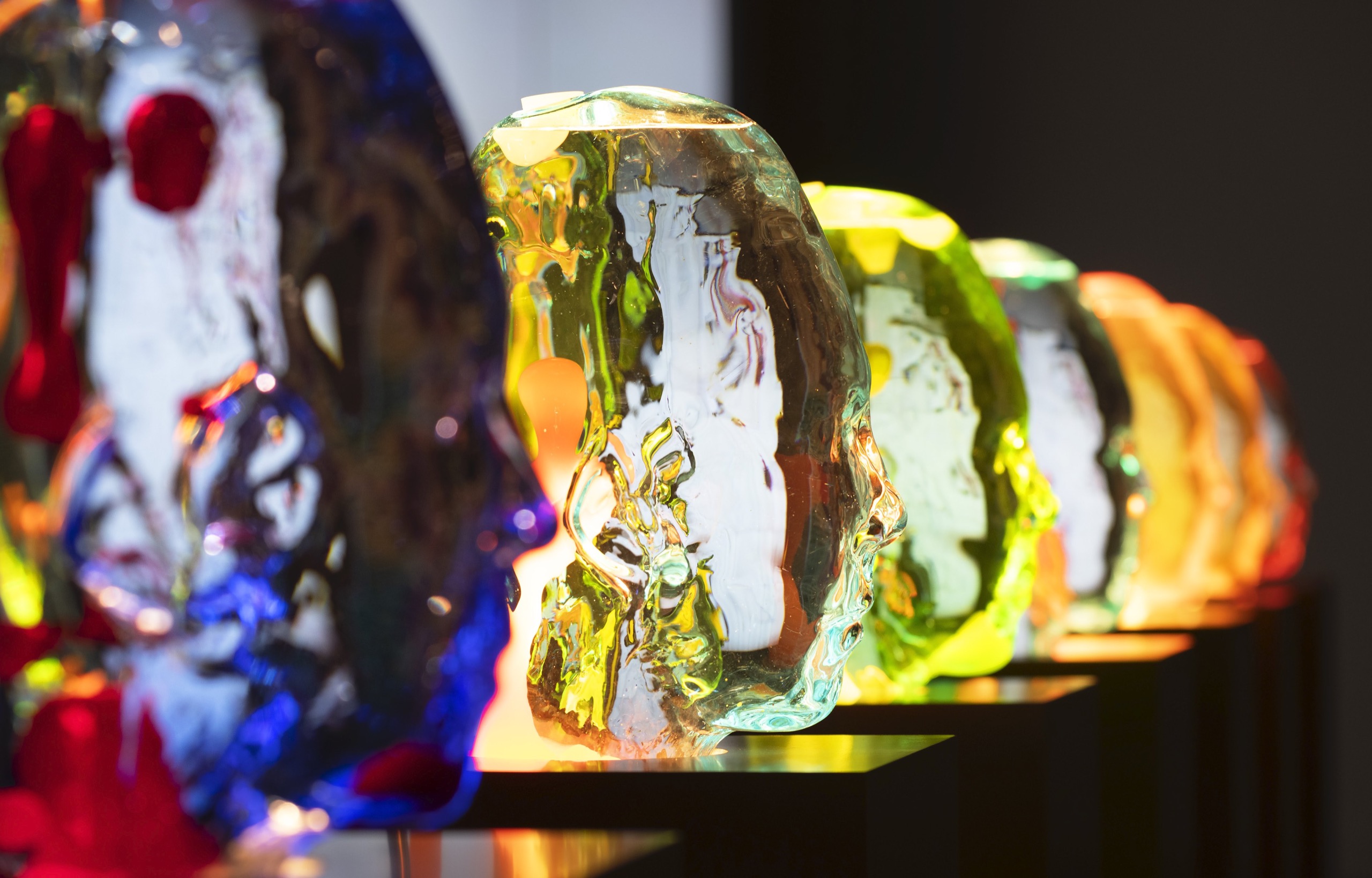 In this interview for Living Content, Jenna Sutela explains her vision of the future, and the interests and research that have helped her contour this vision through her practice. Jenna's work recognizes that the environment, with its diverse and clever Microfauna, the intelligent machines that we are developing, and alien life, are all inextricably linked. It further reveals that we already have the foundation - and always have - to better understand and practice new sensibilities to welcome this reality. 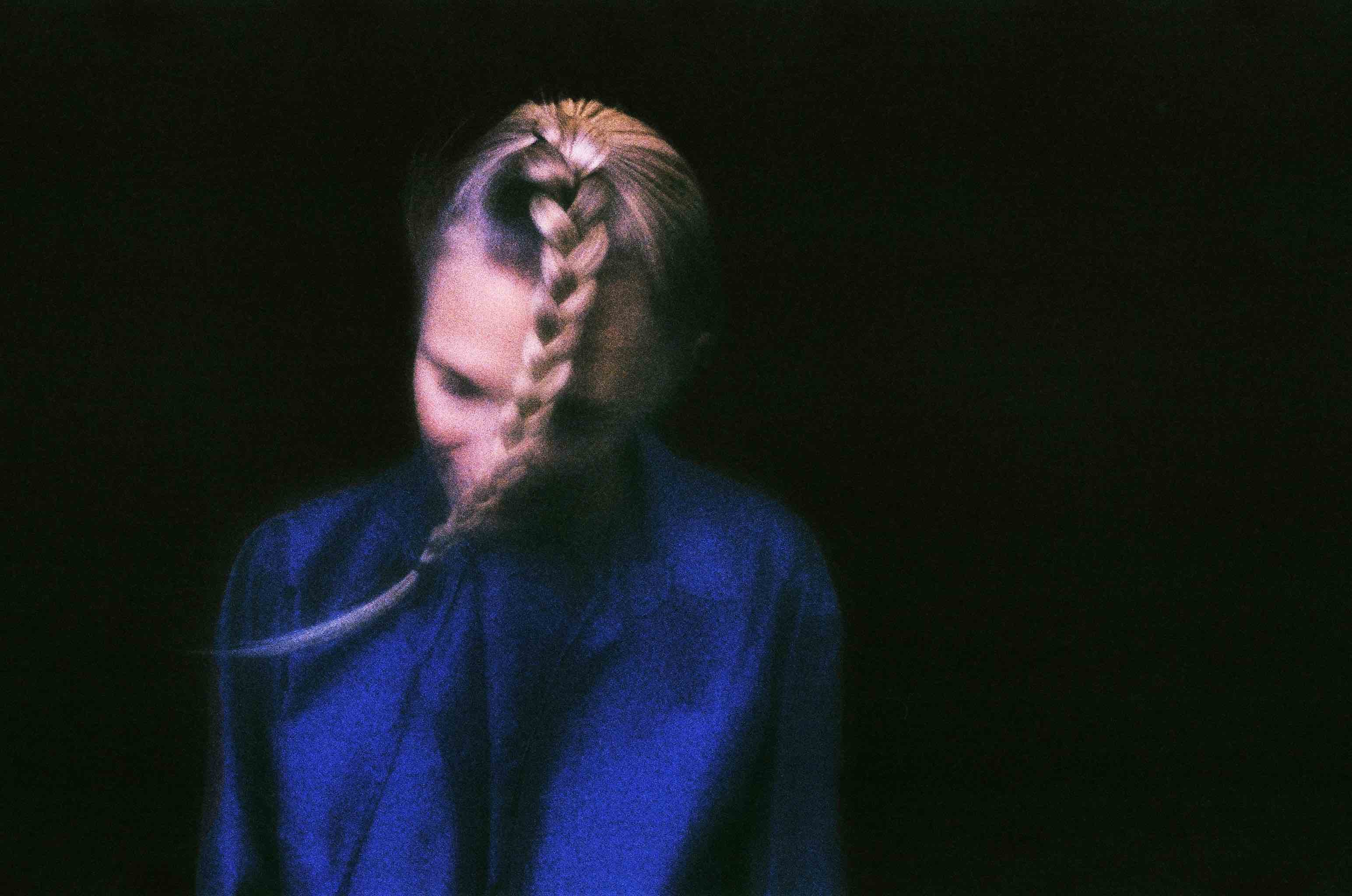 Jenna Sutela works with words, sounds, and other living media, such as Bacillus subtilis nattō bacteria and the “many-headed” slime mold Physarum polycephalum. Her audiovisual pieces, sculptures, and performances seek to identify and react to precarious social and material moments, often in relation to technology. Sutela's work has been presented at museums and art contexts internationally, including Guggenheim Bilbao, Moderna Museet, and Serpentine Galleries. She is a Visiting Artist at The MIT Center for Art, Science & Technology (CAST) in 2019-21. Photo by Ellie Lizbeth Brown.

Adriana Blidaru: It feels very appropriate to start this conversation as NASA's Perseverance rover recently landed on Mars! As your work deals with biology but also with speculations on technologies, I can’t help but wonder if you are a pessimist or an optimist when it comes to the future?

Jenna Sutela: The futures I anticipate are free from the modern urge to achieve domination over nature and each other. They will be built on shared terms between us and other life forms. We need to focus on thriving and interconnected ecosystems. The survival of the fittest narrative won't do.

AB: Of course, NASA’s mission also got me thinking about your work nimiia cétiï from 2018, for which you have used AI and audio to ‘mediate’ the movement of the bacteria Bacillus subtilis into a speculative language. This is a bacteria that - as experiments have shown - could also potentially survive on Mars. Could you tell me more about why it was important to you to create these connections between these actors: the bacteria, the AI, and the extraterrestrial life? And why do you see it necessary to grapple with forms of existence that are different than ours?

JS: I think we should seek to connect with, or sense, other intelligence around us – be it neural networks or, for example, ancient bacteria – developing new sensibilities in the light of novel experience. Following alternative cybernetics, I believe that the world is not a closed jar but an open ecosystem of intelligence, always changing. I believe that our brain is not the limit of consciousness. And I believe that understanding oneself as interconnected with the wider environment, organic and synthetic alike, marks a profound shift in subjectivity: one beyond anthropocentrism and individualism.

The Bacillus subtilis bacterium is the main ingredient of nattō, a classic Japanese probiotic and a popular breakfast considered a secret to long life. Being extremophilic, the bacterium’s spores may have traveled to Earth from another planet – meaning that we ate the alien. So, if the gut-brain connection is working, it’s already speaking through us. But beyond Martian transmissions or Martian gut bacteria, nimiia cétiï is about intelligent machines as aliens of our creation. There’s an interesting link between the project of talking with aliens and the problem of talking with machines. We built at least some of the aliens ourselves and now the challenge is to understand the non-human condition of these machines that work as our interlocutors and infrastructure.

‍AB: It’s interesting to me that you refer to talking to aliens as a “project” but talking to machines as a “problem”. What are some of the challenges that you envision in our attempt to truly relate to intelligent machines? I’m personally very tempted to speculate on this based on our current way of perceiving the animals that we consume as being inanimate objects. It makes me wonder how could we, in the near-future, extend compassion to a dynamic intelligent machine that is created to be submissive to and serve our infrastructure if we cannot extend compassion to animals - as animals ourselves?

JS: That’s an interesting comparison! With the problem of talking to machines, I was referring to things like the “black box problem” in machine learning which means that it’s sometimes hard to explain how an AI has come to its conclusion. There will most likely be a time when some machines are self-sufficient. Who knows they might even become self-reflective and develop something similar to human consciousness. Federico Campagna has written about how we should “imagine if machines were our young children, influenced and affected by what we show them of ourselves” while we still can (at least to some extent). The parenting, of course, often falls in the hands of larger political and economic forces. I think it’s important to extend the input we offer machines, to more-than-human behavior and materials—to let them experience the ecosystem at large, as well as we can. For example, curious about embodied cognition beyond the human species; I’ve introduced entropic processes into computing via inserting fermenting foodstuff into the guts of a computer before. I made a homebrew computer, operated by a symbiotic colony of bacteria and yeast, and producing alien poetry.

AB: The analogy you draw between biology and technology reminds me of Simondon's ideas about the ‘technological object’ or ‘being-with-the machine’, through which he proposes an understanding of our relationship with the 'technical object' as symbiotic co-existence; more than mere mediation. A relationship that allows the technological object to be liberated from any utility. I mention this because it seems to be very connected to your practice, in the way you allow intelligent machines to experience things that they might not normally experience - without having any utilitarian purpose. Do you think that technology - that has been intertwined with capitalism and climate change (especially in the Western world) - can be decolonized through art?

JS: I’d like to believe that art can hold space for non-instrumentalized technological thought and experiments—the possibility to focus on things-in-themselves, beyond their use-value. And that space needs to be expanded. I haven’t studied Simondon in-depth, but as far as I understand he’s an advocate of a technological culture where invention and operation are combined. A sort of hacker culture. Technology, for him, is a continuing process and not a fixed product. It’s also inextricably entangled with the “natural world” and our lives.

AB: Can you tell me more about Panspermia - the belief that meteors were responsible for creating life on Earth? What are some of the advantages to understanding the world through this cosmic perspective? ‍

JS: Panspermia – literally “seeds everywhere” – is a hypothesis that life exists throughout the universe, distributed by meteoroids, asteroids, comets, planetoids, and spacecraft in the form of unintended contamination by microorganisms. On Earth, humans are convenient vessels for these microbes, to carry them around and distribute them. I’m exploring this topic in my video Holobiont, which is named after Lynn Margulis’ idea about us as entities made of many species, all inseparably linked in their ecology and evolution.
The thought of sharing a cosmic place with other life forms in a broader open system provides solace. Like there’s no doubt that the Bacillus subtilis in our guts will outlive us. Similarly, some synthetic life forms of our making might prove to be better equipped to make the next evolutionary steps than we are. If we’re lucky, maybe they will carry something of the human as a parasite to the next emerging phase.

‍AB: And what are your thoughts on non-human ethics and how do you see this integrated into your work? What does it mean to successfully translate the ‘languages’ of different life forms?

JS: In the words of Madeline Gins and Arakawa: “[…] we must […] forget ‘language,’ all those mechanisms that structure ‘us’ vis-a-vis the ‘world,’ and so stutter our way to divinity.” I think interspecies translation is difficult, even impossible. We need to try and move beyond language in our communications with different life forms. And we also need to finally move from traditional ideas of agency as an exclusively or predominantly human attribute to a concept where human agency is bound up with that of bacteria, viruses, etc. Also machines. My friend K Allado-McDowell recently wrote the book Pharmako-AI together with OpenAI’s neural net language model GPT-3. They describe the writing process as experimentation with a language ecology that’s not limited to human meaning.

AB: Can you tell me more about your interest in shamanism/sacrality and how that fits into your work?

JS: A lot of my recent work looks at - or looks for - the ghosts in the intelligent machines that are increasingly shaping our reality. On one hand, it’s about getting in touch with the nonhuman condition of the computers that work as our mediators. On the other hand, it’s about the computers getting in touch with the more-than-human world around them. For example, in nimiia cétiï, the machine is parsing out the movements of the extremophilic Bacillus subtilis bacteria, possibly the actual Martians, and translating them into a Bacterial-Martian language. It acts as a medium, channeling messages from an entity that usually cannot speak. So, there’s an interest in shamanism or mediumship for sure. Also, altered states of consciousness and artificially intelligent ‘deep dreaming’ computational systems that mimic the brain. My work I Magma includes a machine oracle creating predictions based on the flow of goo inside a series of head-shaped lava lamps that are also my neuroplastic portraits.

‍AB: Finally, I’d love it if you could tell me more about the sources that you have been looking at when thinking about this idea of “communication” and “agency”, and also what are some of the things that you are looking forward to tapping into further in your work?‍

JS: A lot of my recent work has been interfering with language or trying to sense the world in some other way. That’s because I find it difficult to truly collaborate with life forms with which we don’t share a language – and yet we somehow do that all the time with the bacteria in our guts, for example.
Regarding inspirations, I’ve been following Bonnie Bassler’s research in quorum sensing, i.e., bacteria using a complex chemical language to alert one another about the presence of others and codes of conduct. According to this theory, bacteria survey their ranks, count their heads, and if there’s a quorum they act. I should also mention Douglas Hofstadter’s studies on slips of the tongue as providing glimpses into the mechanisms of cognition in the human world. In nimiia cétiï, I used the documented seances of Hélène Smith, a late-19th century Swiss medium as teaching material for machine learning. Smith claimed to communicate with Martians and her Martian language is considered the first documented form of glossolalia, or speaking in tongues. Smith was also known as the “Muse of Automatic Writing” by the Surrealists, who viewed her as evidence of the power of the surreal.

The topic of sonifying microscopic, even nanoscale phenomena is very interesting to me—observing life by listening instead of only looking - and this is something that I’ve been focusing on as part of my residency at MIT. Vibrations.