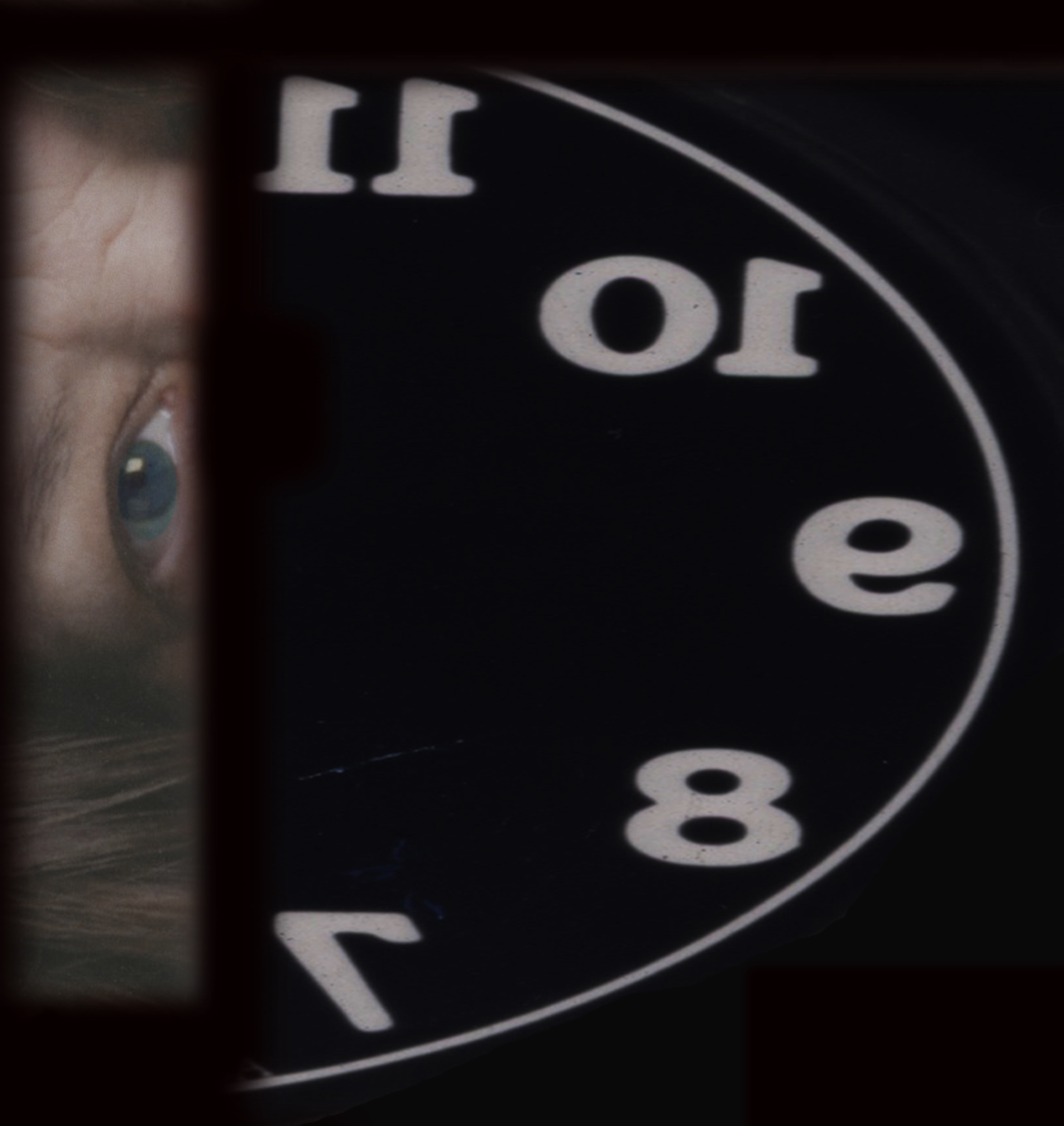 Over the last five decades, artist and filmmaker Lynn Hershman Leeson has been internationally acclaimed as the most influential media artist of our time. Her pioneering use of new technologies and her investigations of issues that are now recognized as key to the working of our society: identity in a time of consumerism, privacy in an era of surveillance, interfacing of humans and machines, and the relationship between real and virtual worlds. She made six feature films: Strange Culture, Teknolust, Conceiving Ada, ! Women Art Revolution – A Secret History, The Electronic Diary, and Tania Libre, which are in worldwide distribution. A substantial publication on her work was awarded one of the ten best art books by the New York Times in 2016, and her book Antibodies was awarded one of the ten best art books of 2019 by The New York Times and Art News.

In this conversation, Lynn talks to Adriana Blidaru about the transformation of her practice over the years, touching on some of her earliest works such as Roberta Breitmore (1973-79) and The Electronic Diaries (1984-2019), as well as on some of her most recent projects involving ambitious scientific experiments with world-renowned scientists and cutting-edge technologies. They talk about the process of converting and preserving her life's work into DNA and about the process of creating antibodies used to treat cancer patients. She also talks about her latest project for her upcoming survey exhibition at the New Museum (July 2021), curated by Margot Norton. 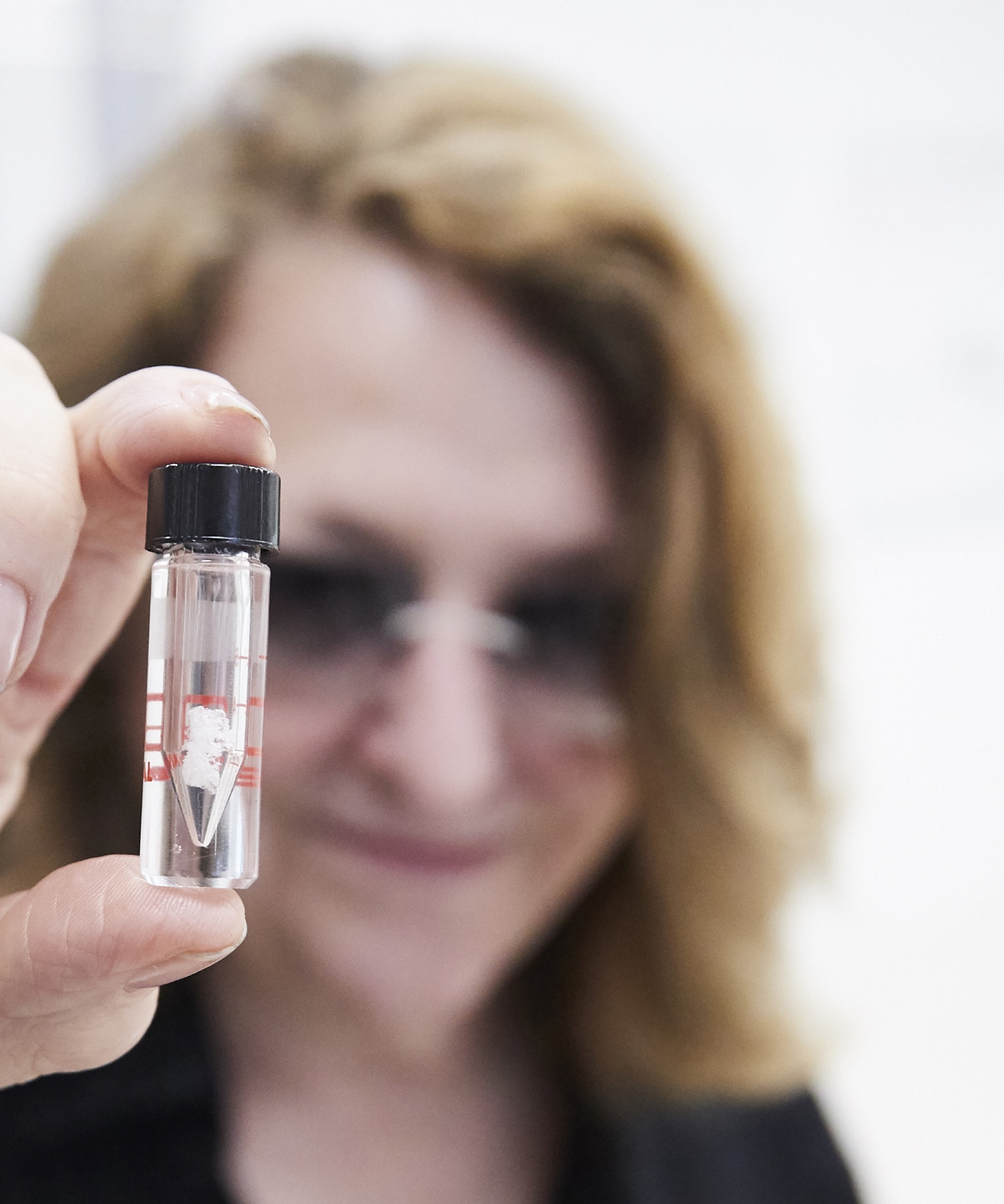 Lynn Hershman Leeson is a recipient of the Siggraph Lifetime Achievement Award, Eureka and Rainen Fellowships, Prix Ars Electronica Grand Prize, a John Simon Guggenheim Memorial Foundation Fellowship and, in 2017, received the SF Film Society’s Persistance of Vision Award. Work by Lynn Hershman Leeson is featured in the public collections of the Museum of Modern Art, N.Y.ZKM (Zentrum fur Kunst und Medientechnologie), the Los Angeles County Museum of Art, the National Gallery of Canada, the Walker Art Center and The Whitney Museum of American Art, amongst others.

Adriana Blidaru: You have pioneered so many different mediums: I wonder what is your working and your research process like. Do you have a kind of consistent medium that directs your work towards all these other ways of expression?

Lynn Hershman Leeson: Not really, but I do go back to drawing a lot in between projects, or to figure out how something works. It’s more like an interest in ideas and in the things that are going on. So my interests - which for a long time have been about genetics and DNA - dictate the form that the projects will take. Like: what’s the best way to say this? Can you say it better in a film? Can you see it better through a drawing? Or as a sculpture? It’s also about trying new things, and putting things together because everything seems to be a collage.

AB: Your project, Roberta Breitmore (1973-79), incorporates performance, topics of surveillance, and identity. You created and acted as Roberta for seven years, constructing her identity from scratch: she had a bank account and credit, a driver’s license, and a therapist. And you documented her actions, her look, her clothes, and her paperwork trails throughout this time. Roberta represented a kind of portrayal of the single white woman living in the 1970s in the Bay Area. Through this work you depicted identity as a cultural artifact: she was a voyeuristic construction derived from her surroundings. But after 7 years, the project reached its end, and you decided to exorcise Roberta instead of simply killing or silencing her. Why was that?

LHL: Because she wasn't at fault, you know. It was just a matter of getting all the negative spirits that she ingested out of her, so she could live on as a survivor rather than a victim.

AB: Another early work I wanted to touch on is The Electronic Diaries (1984-2019) - a multi-channel confessional video work through which you recorded your thoughts, personal experiences, and trauma. This is a centerpiece in a lot of your exhibitions: it’s a powerful work that resonates with many people - especially women. I was reading in an article in the NYT that your therapist was surprised to discover that you revealed things in front of the camera that you didn’t bring up in your therapy sessions. How do you feel now about The Electronic Diaries, revisiting it? I heard a rumor that you might be continuing it...

LHL: I did continue it when I thought I wouldn’t, but I don’t know if I will go back to it...

But I do feel that the closer you get to your own truth, the more it connects with other people. So, you know, it seems to be useful for people - and also for myself - to be able to get a different perspective. That’s why I am going to be showing it more - as an installation like the one I did last year, in New York, at The Shed - because it allows you to walk through and see how time changes, in a way that a linear narrative doesn't so much.

AB: Your recent works include a lot of collaborations with scientists on new biotechnological developments, topics of biological progress, regenerative medicine, genetic research, and antibody research. Could you tell me more about the process of working with scientists and how did you feel that this was initially perceived by the public?

LHL: Well, I majored in biology, and my entire family is made of scientists: my brother, my daughter, my father, my mother. I think the best scientists are like artists, and both artists and scientists are like magicians: you can make something out of nothing and you don't necessarily follow the rules to do that. When I had this idea - around 2006 or so - the programming of the genome was one of the most important things that was happening on the planet. I took it upon myself to try to write to the people who were actually working on this. I wrote to the person who invented the bioprinter, to the one who discovered the telomere, and, fortunately, after maybe three months, or in some cases three years, they agreed to meet with me. I was able to talk to them about their research because I understood what they were doing, and they were actually surprised by that. And once they are there talking, you find out about all these cutting-edge things that are really happening in the world. I think I interviewed something like over 20 scientists for The Infinity Engine (2014), and, eventually, I made an installation that used some of these interviews. But I did it mainly so I could learn from this experience more than anything; without knowing what it would result in.

AB: What did you feel that the public reaction was in depicting and working through these scientific processes?

LHL: I think people didn't really understand at first, but I'm used to that because it usually takes 20 years for people to understand my work (laughs). I didn't show my work for a long time; I finally showed the Breathing Machine (1965) in 1973. And in this show at ZKM (Zentrum fur Kunst und Medientechnologie), for instance, 65% of the work has never been seen because nobody would show it. They kept saying it wasn't art. So it doesn't bother me that people won't show the work or say it isn't art because I know that eventually, they will. Although some people did get it. You know, I just feel very lucky that I was able to, on one hand, make the antibodies and on the other hand, to convert all the work itself into DNA. That was part of a show I did in 2017; in 2016, I wouldn't have been able to do that because the technology was so new, it hadn't been invented yet. Then, you look back and say well, you know, you're really pioneering these ideas of, for instance, taking an exhibition and making the exhibition into DNA, or making an antibody out of Roberta and having it treat cancer patients. So, it's ultimately about keeping an open mind and not having any borders or definitions of what is art, what isn't art, or how you use it.

AB: Your work feels inherently optimistic. I think we have to kind of keep optimism in view for the future - especially giving this current situation - as well as the next decade or so. Do you have any advice for artists to embrace and cultivate optimism?

LHL: I just think that we're born into specific times, with specific tools, and it's really up to all of us to use the tools. Not in a way that will threaten us but in a way that can deal with ideas of sustainability and the future of the planet. We can't give up on that. I think that making art in itself requires optimism - or making anything creative requires optimism - because you have to believe that what you're doing is important. You're often working alone and to do something in isolation, you must believe in it and believe that it will have an effect. So optimism and humor are secret weapons that really need to be used.

‍AB: This is a good segue into your first museum exhibition in New York, planned to open in July at the New Museum. How are the preparations for this going? ‍

LHL: Good, but you know, it's cutting out some work because of COVID. You can't touch anything and a lot of my work, from the seventies and eighties, requires looking through a periscope or pulling a trigger or touching. So it's being revised because I can't use any of those pieces.‍

AB: That's too bad. Can you tell me about some of your newest works that you're preparing for this show?‍

LHL: The show is called Twisted, it is a survey of my work curated by Margot Norton. Margot chose the theme of the Cyborgs that has been running through my practice, much like that of DNA, for the past five decades. Believe it or not, I started to include these themes in my work in the late 1950s! And so, the exhibition tracks ideas that I had about cyborgian futures and DNA in various media. I have one new piece, a big piece - Water Women - for which I've worked with the Weiss Institute at Harvard because there, Dr. Richard Novak and his team developed a system called AQUAPULSE that takes plastic out of water. When I was working with the scientists at Novartis, where we made the antibodies, Dr. Thomas Huber and I were thinking about what are some of the most important issues today. And the infiltration of plastic into water is something that people are actively trying to solve. Dr. Thomas Huber, the scientist at Novartis, was able to find these people at Harvard, and because of him, really, I was able to go there. We used the Water Women to create this system through which the contaminants in the water are taken out by electronic pulses. As the contaminants are being eliminated, it creates changes in the way the Water Women look.‍

LHL: That’s the newest project, it was just finished this year, I haven't seen it in reality but it looks like it's going to work…(laughs)