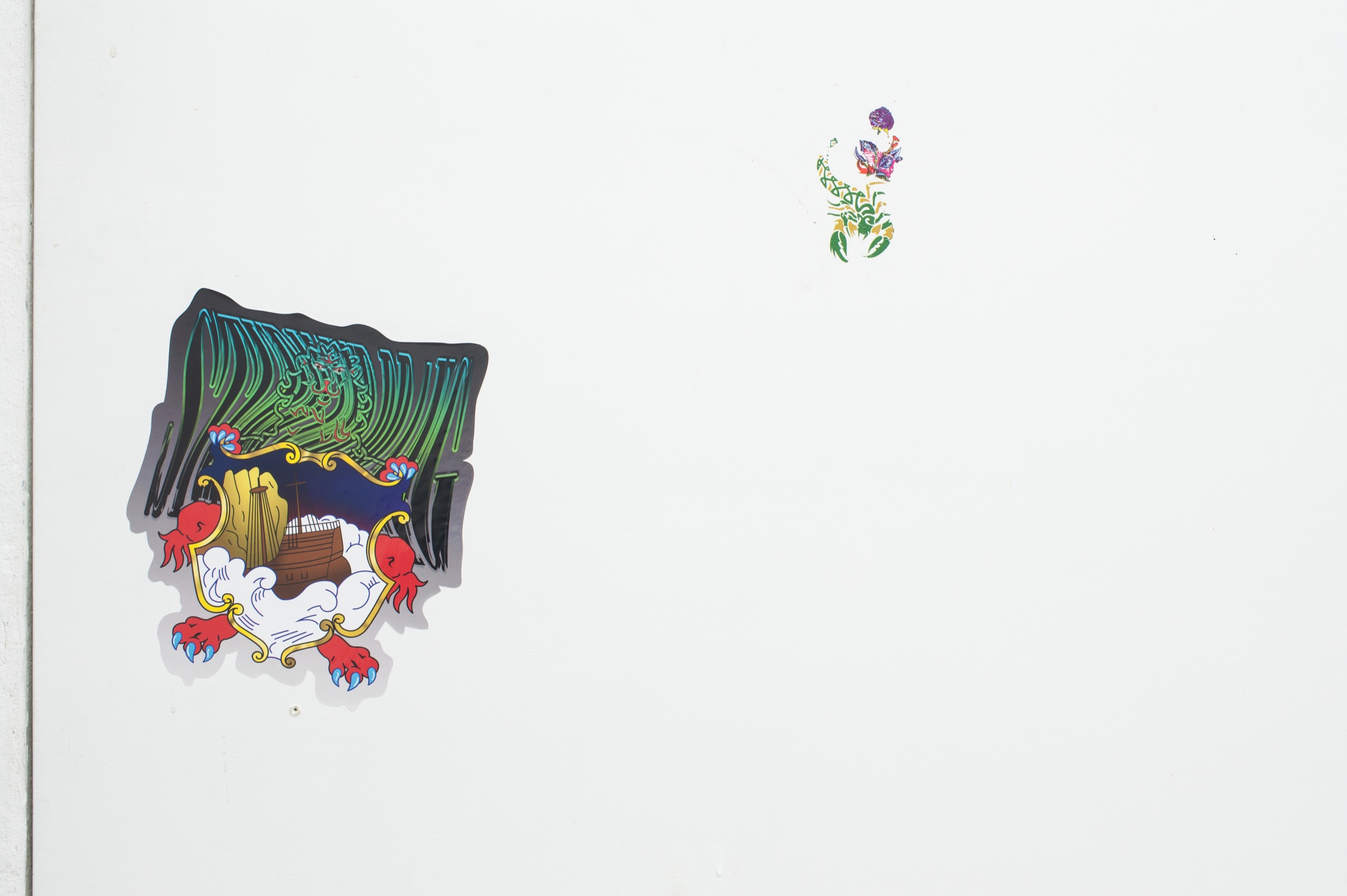 Using installation, painting and sculpture, Shaun Motsi creates a poetic ontology that engages missed or overlooked connections between histories, facts and popular cultures, to explore the ways in which narratives are constructed or destroyed, and how they cumulatively constitute identities. His use of references is vast and is often organized through affective proximities: from the indigenous Na’vi people of James Cameron’s famous Avatar, to the cosmic philosophy of Sun Ra, to the work of British artist William Turner. Shaun is currently working on the Nü Sensitivity Reader: a publication that elaborates on the various aspects of his research over the last few years, which looks at how the sublime might relate to ecology, geopolitics, and representation. 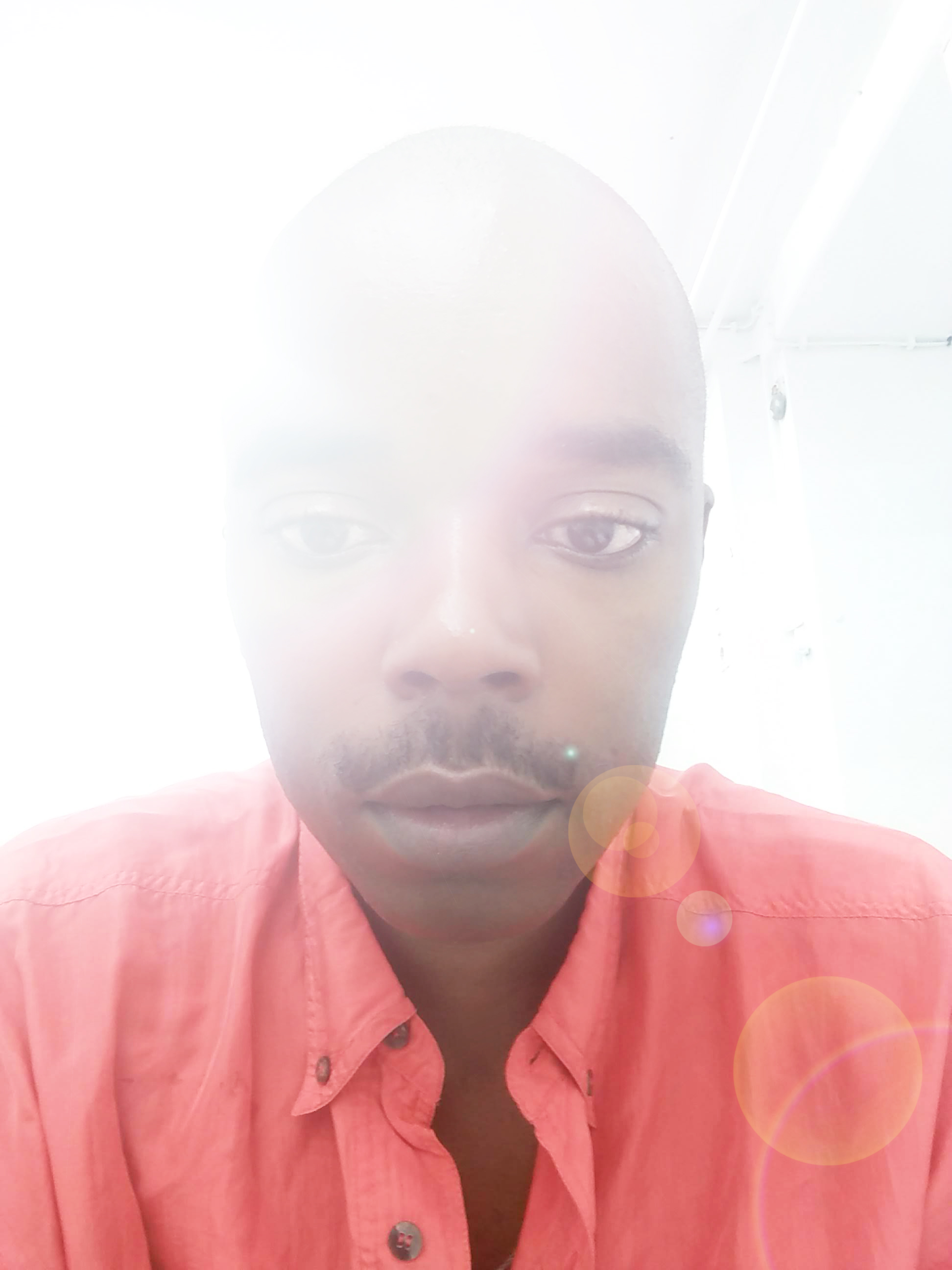 Living Content: Where did you grow up and when did you decide that you want to become an artist?

Shaun Motsi: I grew up in a few places. I was born in Zimbabwe, then in 1995 my family moved down to South Africa- which only a year prior had been totally rebranded as the “rainbow nation”. We lived there for ten years before relocating to Canada. Becoming an artist was always something I wanted to do, although there was this brief moment of crisis right after high-school which resulted in me doing a four year-long Bachelor’s Degree in Architecture. This actually turned out to be really productive since it helped broaden my relationship with materiality, objecthood, scale, atmosphere, and these sorts of things.

LC: Your press release for your solo exhibition "Sweet, Sweet Chariot" at PSM Gallery in Berlin, is a dialogue that directly quotes Stuart Hall. Can you tell me more about this dialogue and about the way in which Hall’s theory and writings inform your work?

SM: It’s a fictional dialogue between me and myself at two different stages of writing the press release. Initially it was this really didactic thing that felt like it was compensating a bit too much for the actual work, so the dialogue format came down to me negotiating how to share what I’ve been reading and thinking about, without taking away from experiencing the works as objects in themselves - which is really something I value in sculpture. The Stuart Hall quote is from his 1992 essay called “What is this black in black popular culture” wherein he’s thinking about blackness in relation to the high/popular culture debate that went on a bit before he was writing. It was considering what it means that popular American culture is so thoroughly influenced by or dependent on African American culture: a culture which had to be built from scratch. The text seems to point to this idea that since American popular culture has been the dominant influence on western culture in the last century, African Americans (being one portion of what constitutes “blackness” in a global sense) are in some ways poised to engage with western culture in a more... affirmative sense. Or at least that’s what I take from it, and this sort of relates back to discourses of cultural hegemony, ideology and power.

LC: So by pulling in both high and popular references in your work: from Stuart Hall to Sun Ra, to James Cameron’s Avatar, Ashanti, Billy Holiday, to English painter William Turner or the Kantian Sublime - you are basically enacting on Hall’s theory. Is there a clear continuity between the projects that you are making? Can you say more about the Nü Sensitivity logo that inspired your first solo show and that also reappears in your most recent exhibition?

SM Yes, I think the range of references reflects what’s generally on my radar - and maybe this is one thing that really resonates with me in some of Hall’s writing: the varied possibility of black subjectivities. He writes about the representation of black subjects and of course how that’s mediated through culture. The opening scene of his video essay “Representation and the Media” sort of covers this nicely. It’s fundamentally attempting to be aware of that mediation, and asserting a subjectivity that takes control of and keeps that space open. On some level it becomes kind of banal, just in that mediation of one’s identity isn’t specifically an artist’s problem, I think any person of color can relate to this, but there’s something in this problem that’s exciting to me as an artist, where it becomes a question of representation, which somehow blurs a boundary between identity and aesthetics.

The link between the last two shows isn’t necessarily a conscious one. I think there’s a productive way to encourage missed connections and dead ends between references, so I try to maintain a level of poetic coincidence in the references. That being said, there are some more direct allusions. So the "Nü Sensitivity" logo for example, is a mutation of the British commonwealth flag, and another example in this show is the sticker painted into one of the works, that is a reference to the Zong massacre of 1781 (the inspiration of Turner’s “slave ship”). These two references in relation to James Cameron’s "Avatar", opened up a space that defined what the Nü Sensitivity show was about. And regarding the show "Sweet, Sweet Chariot" (SSC); this was an attempt to focus more on the formal relationships between the objects. On this level I think the SSC was more about producing a less controlled reading, or a show less reliant on a bibliography.

LC: How is the near future looking like for you?

SM: I’ll be working between Berlin and Frankfurt for the next little while, but at some point it would be nice to spend some time back in Zimbabwe and South Africa, maybe do some writing there.