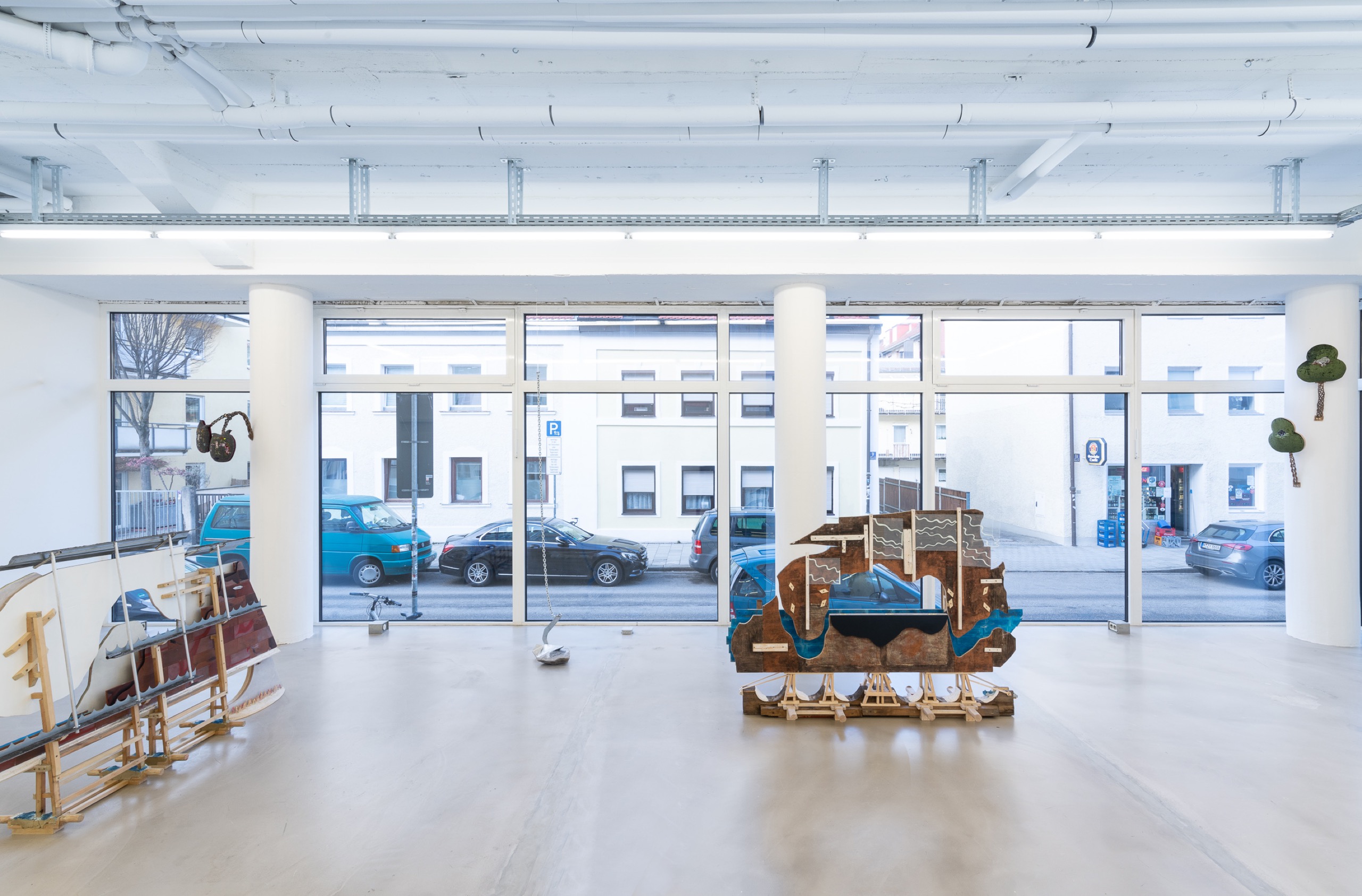 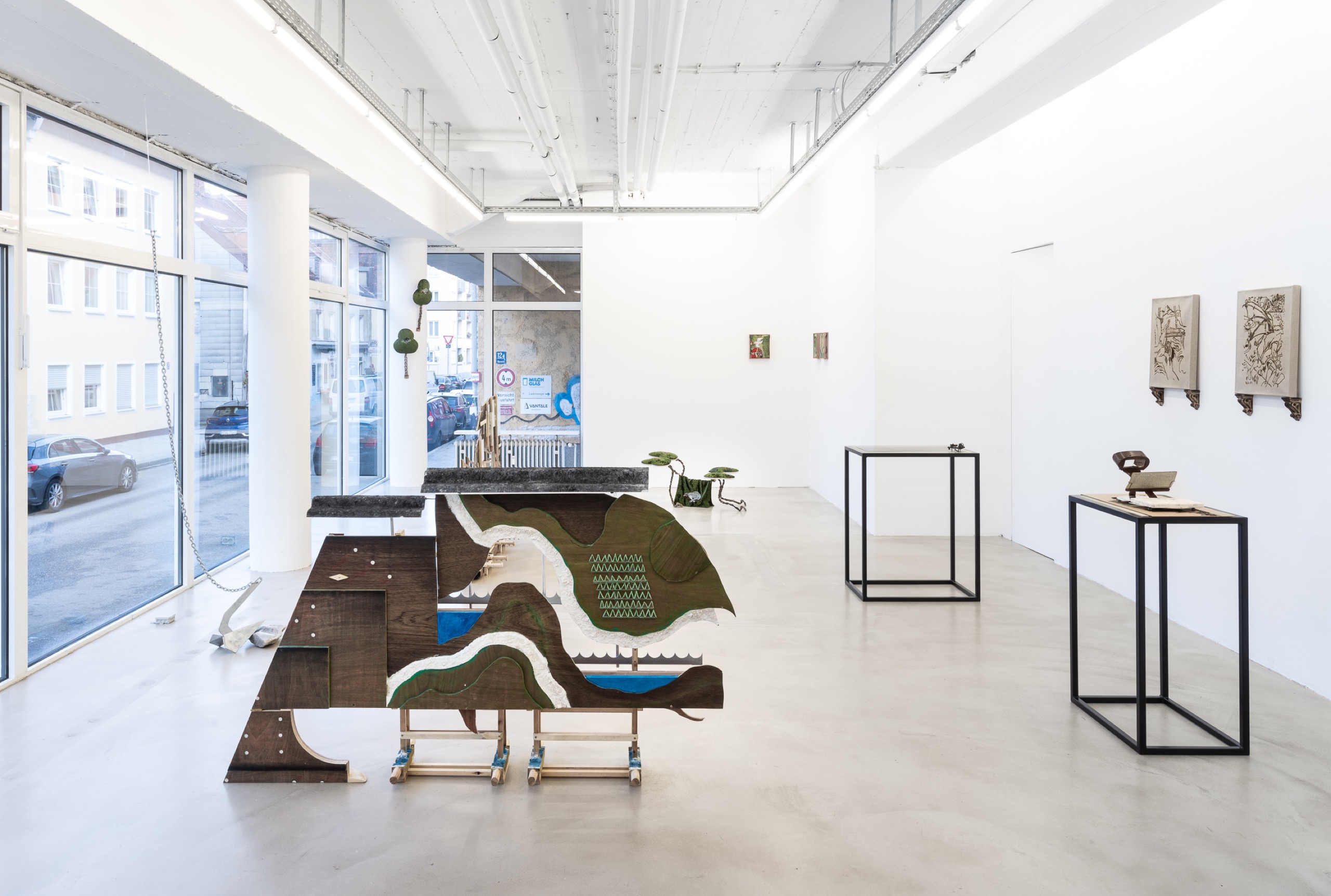 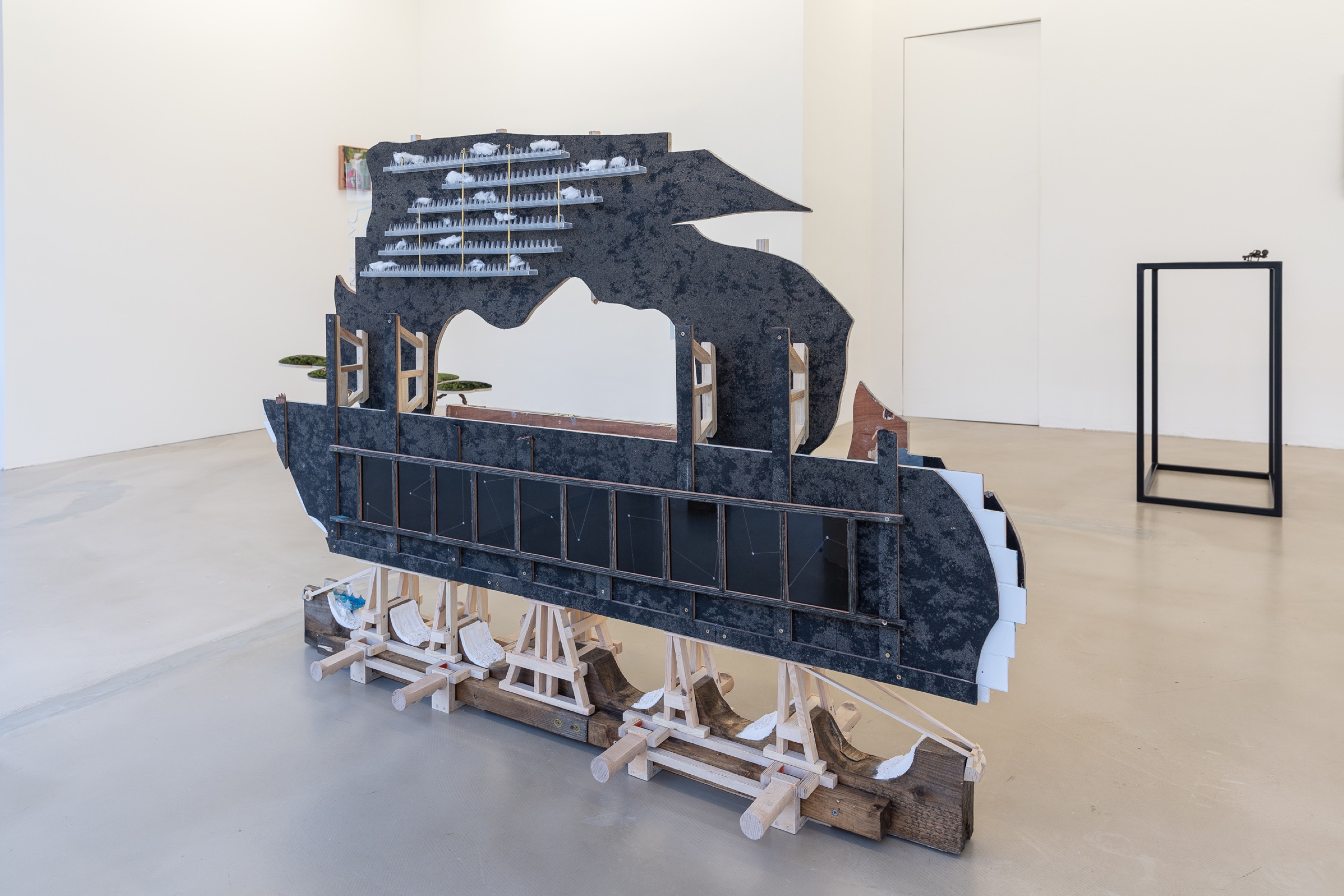 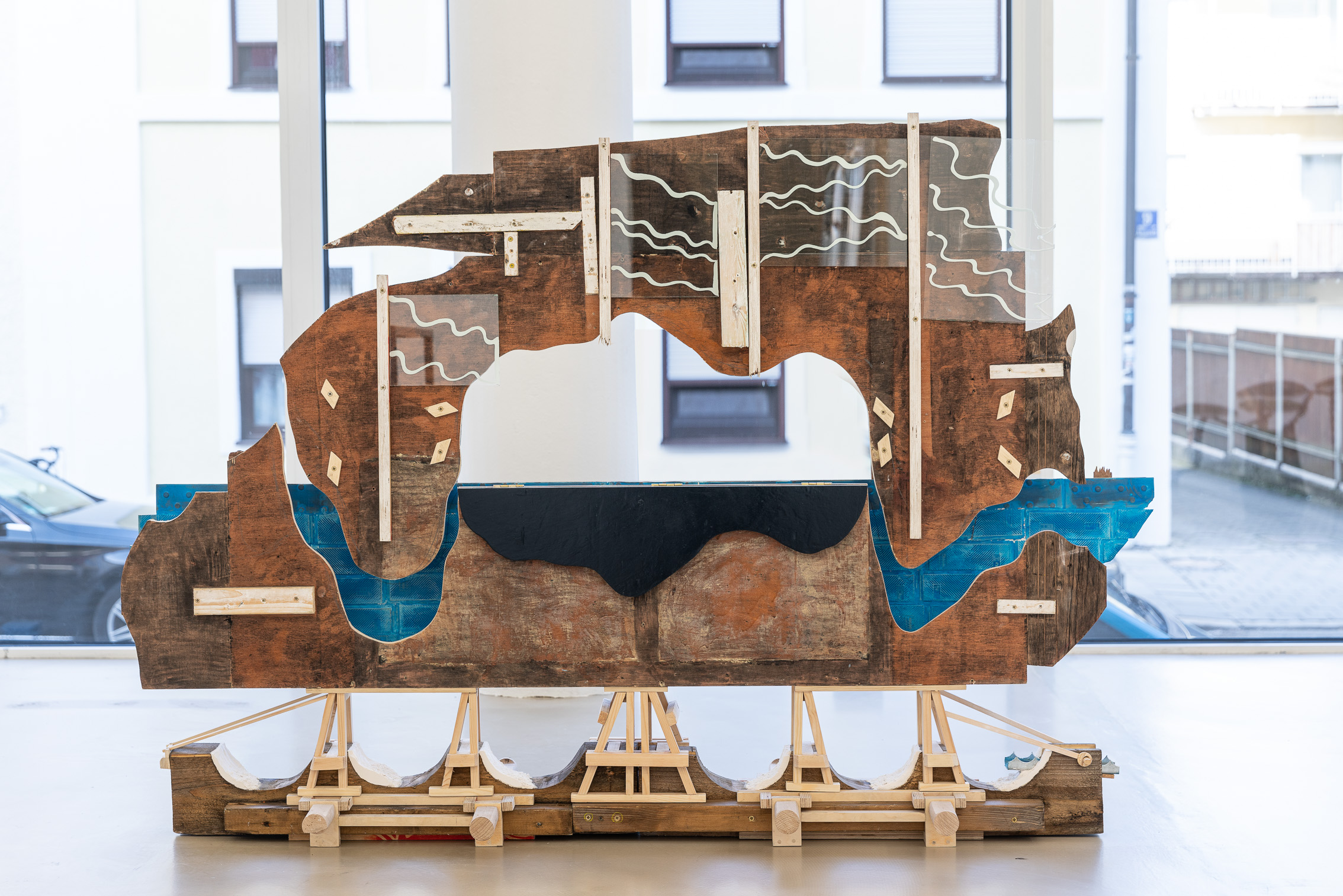 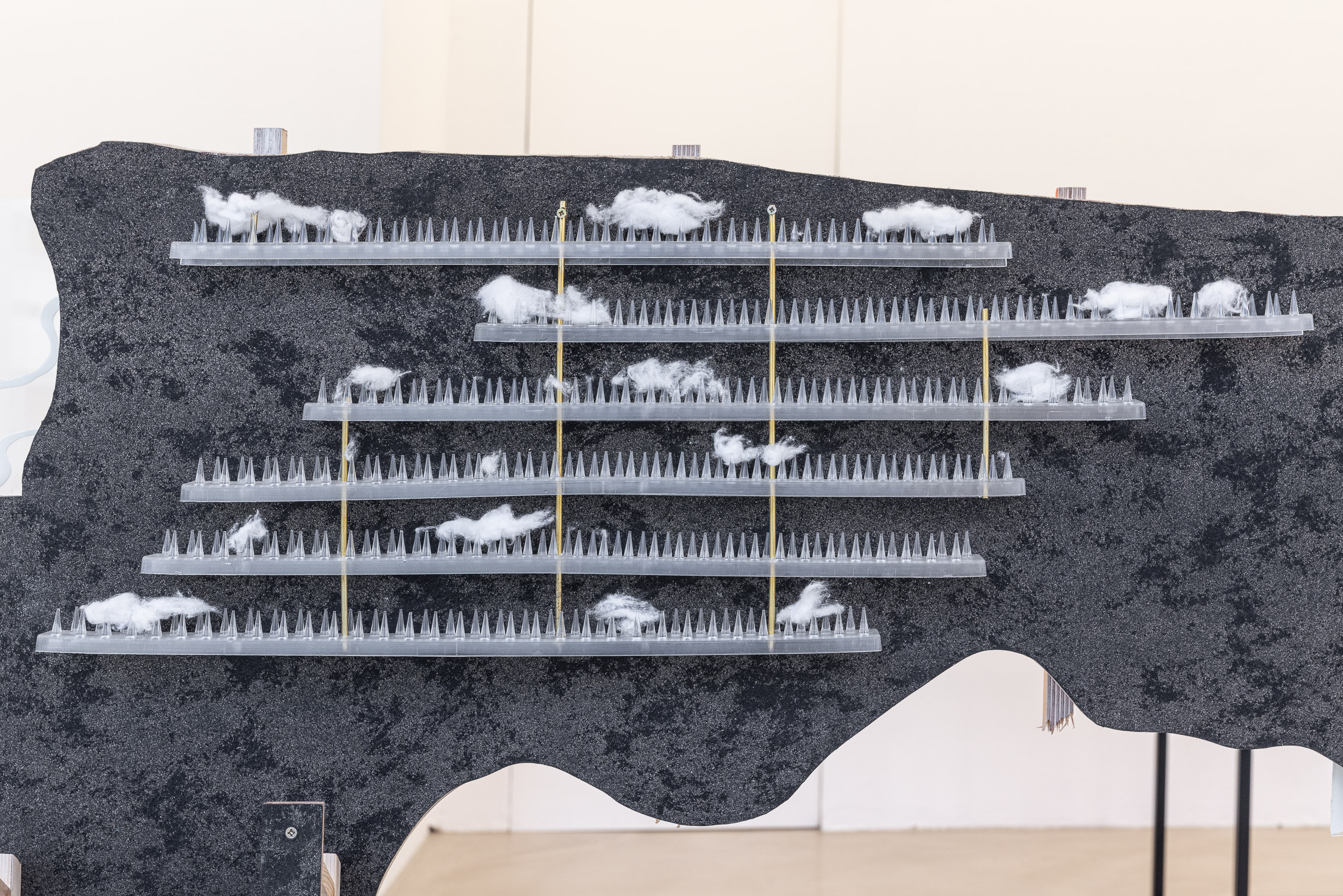 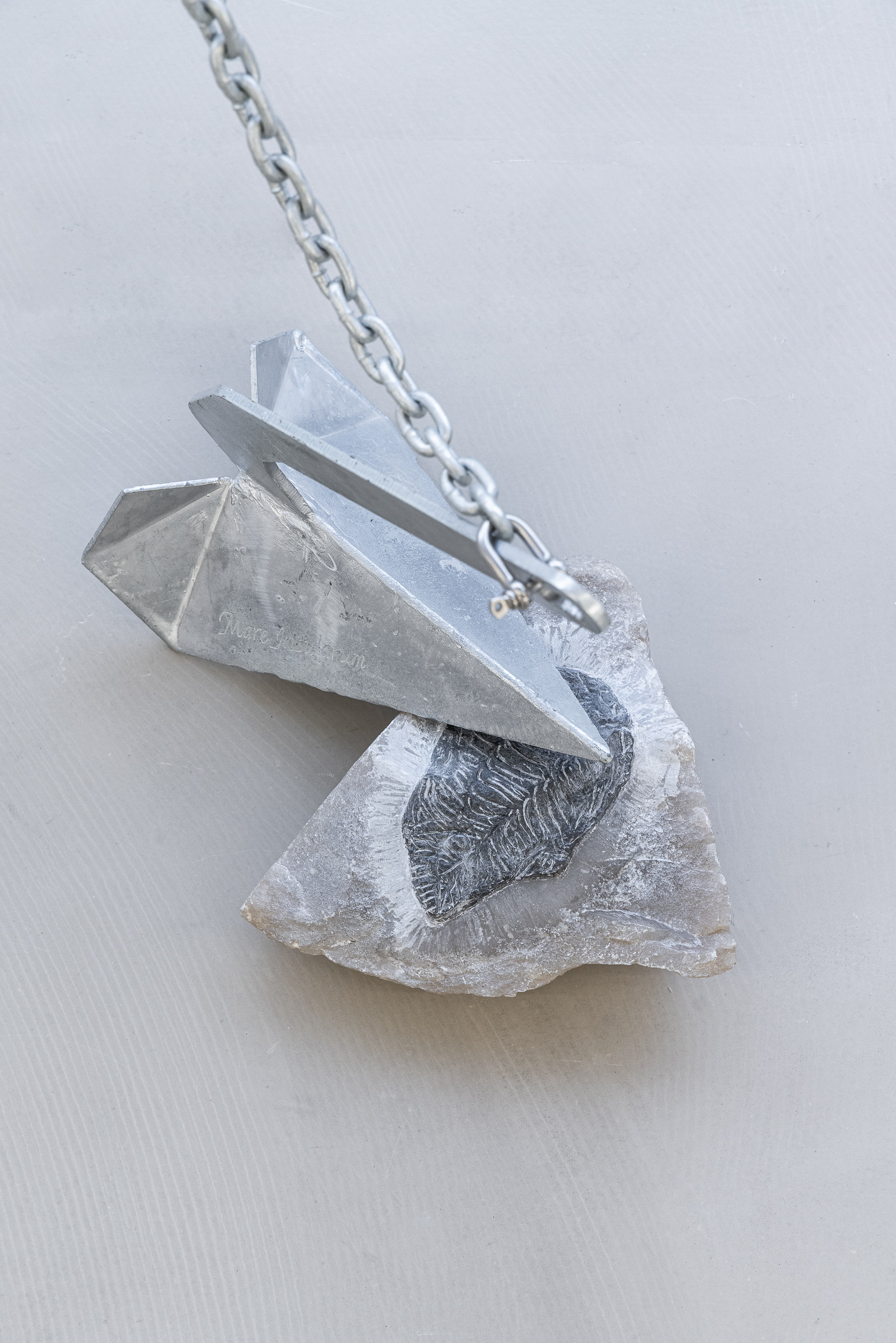 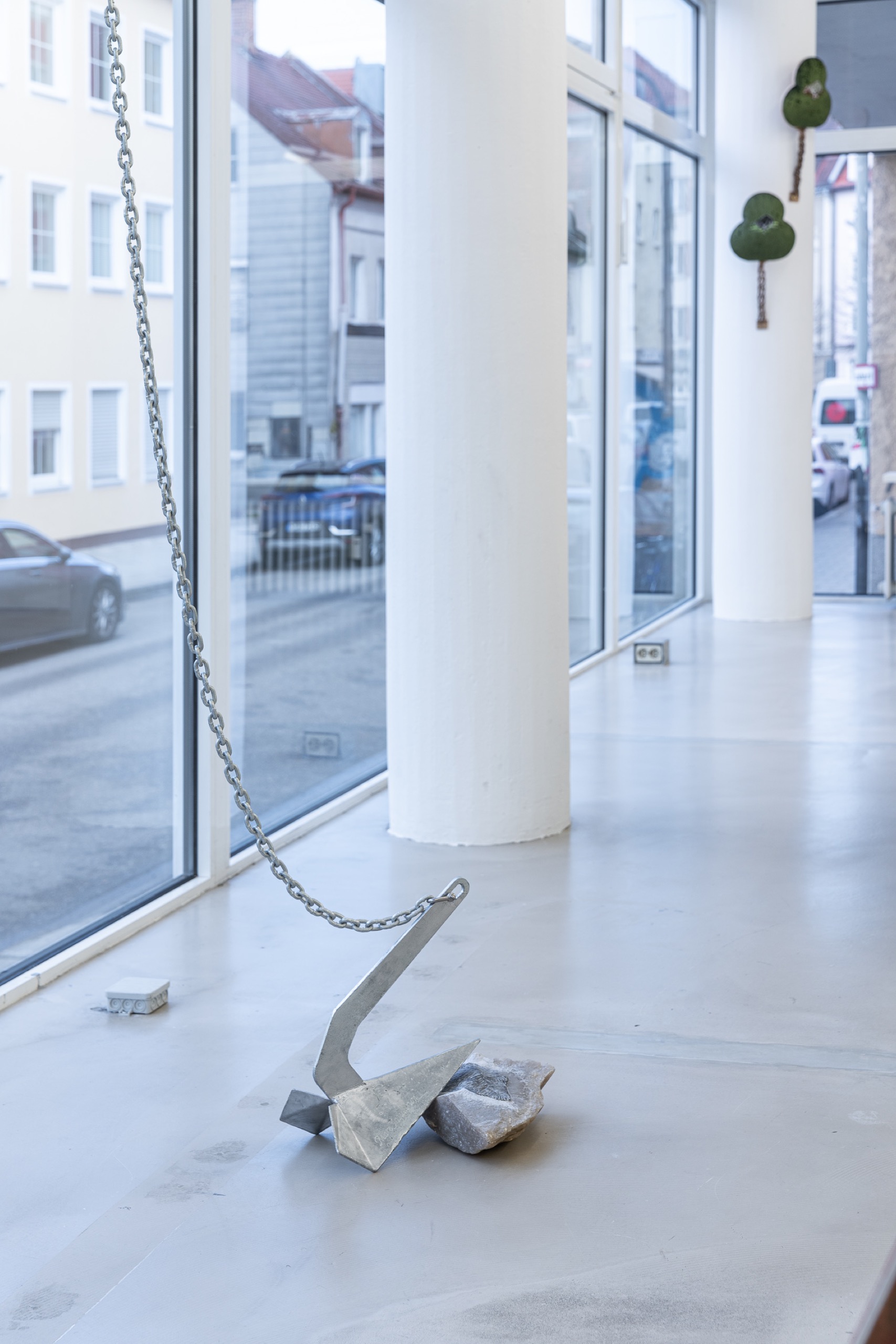 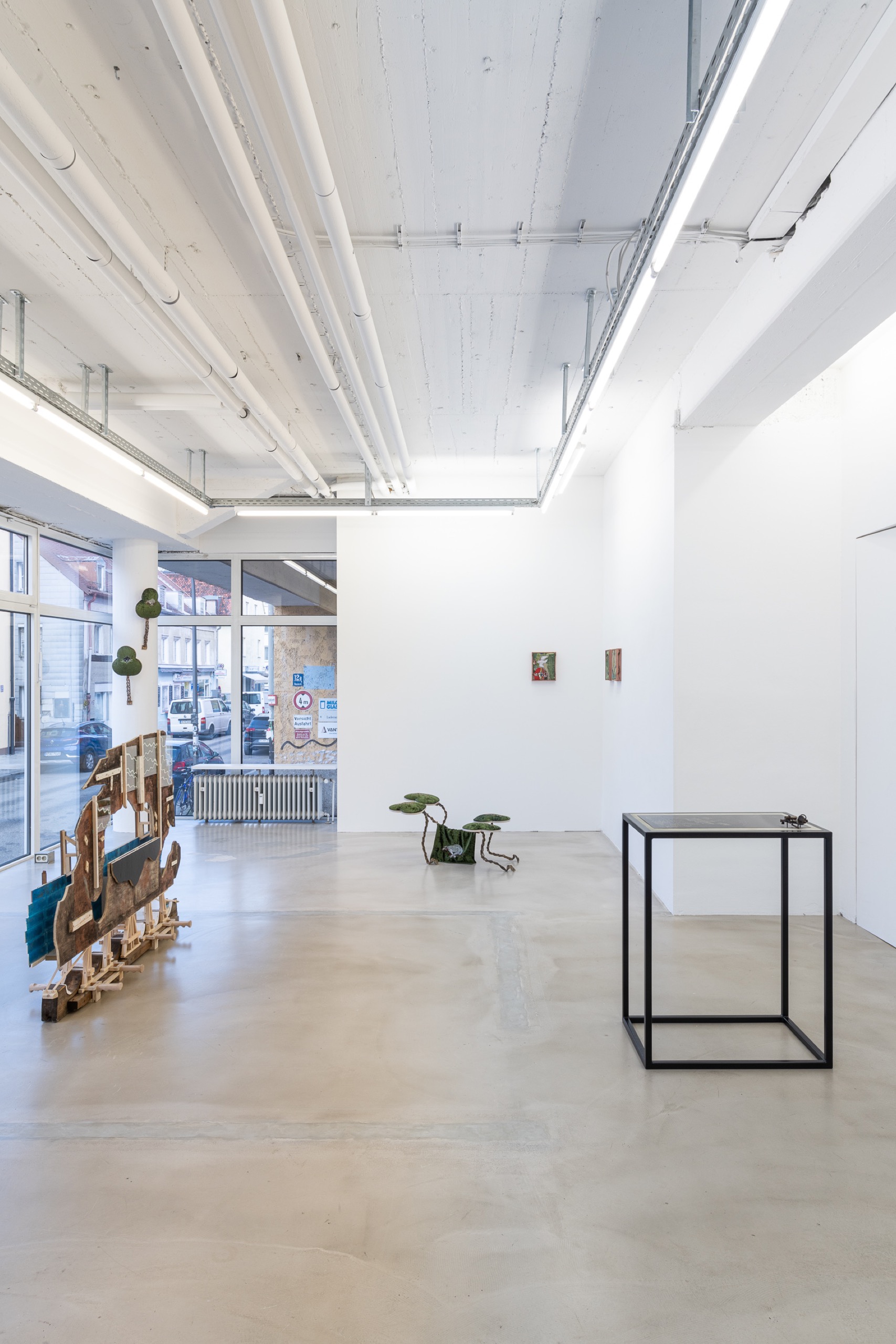 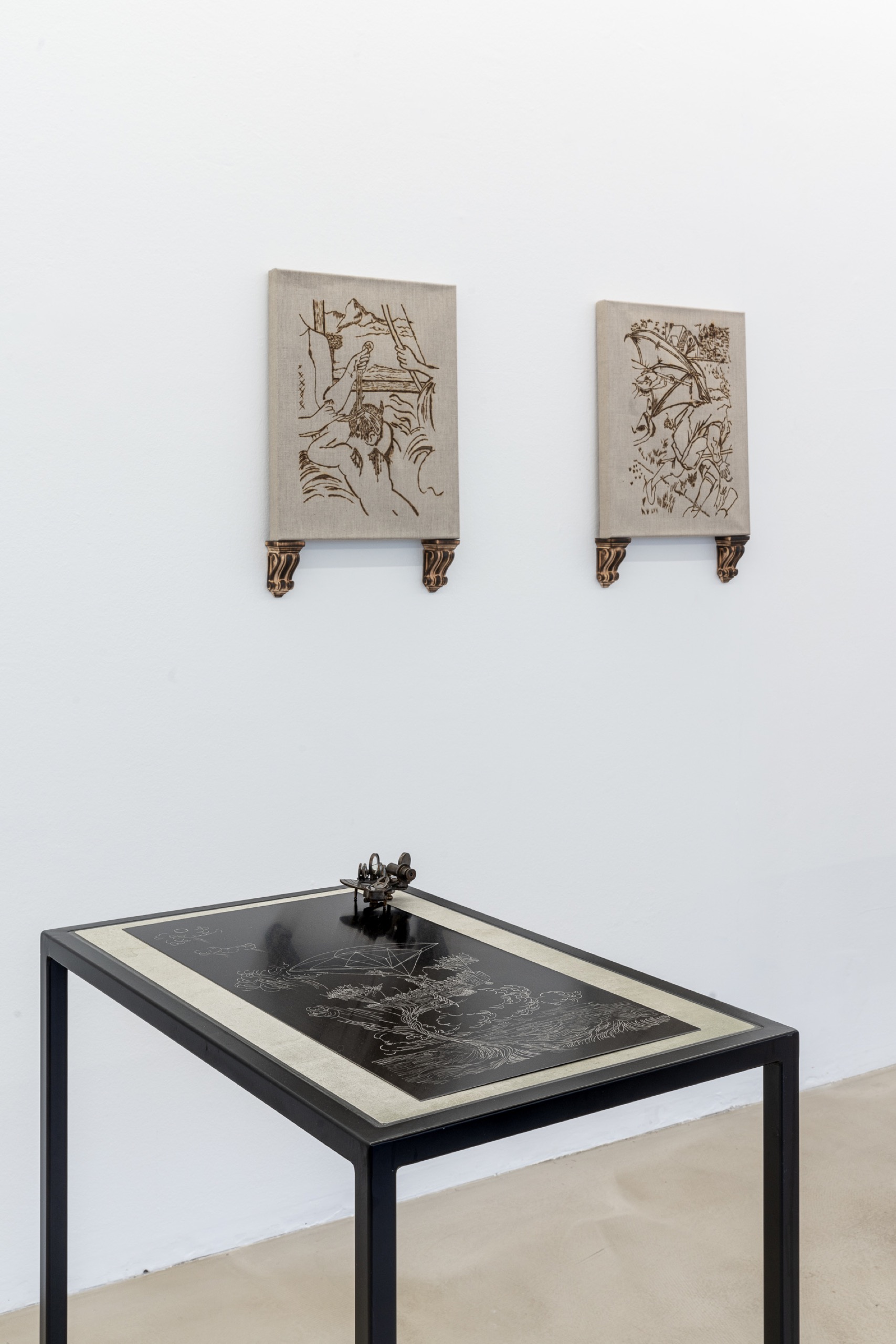 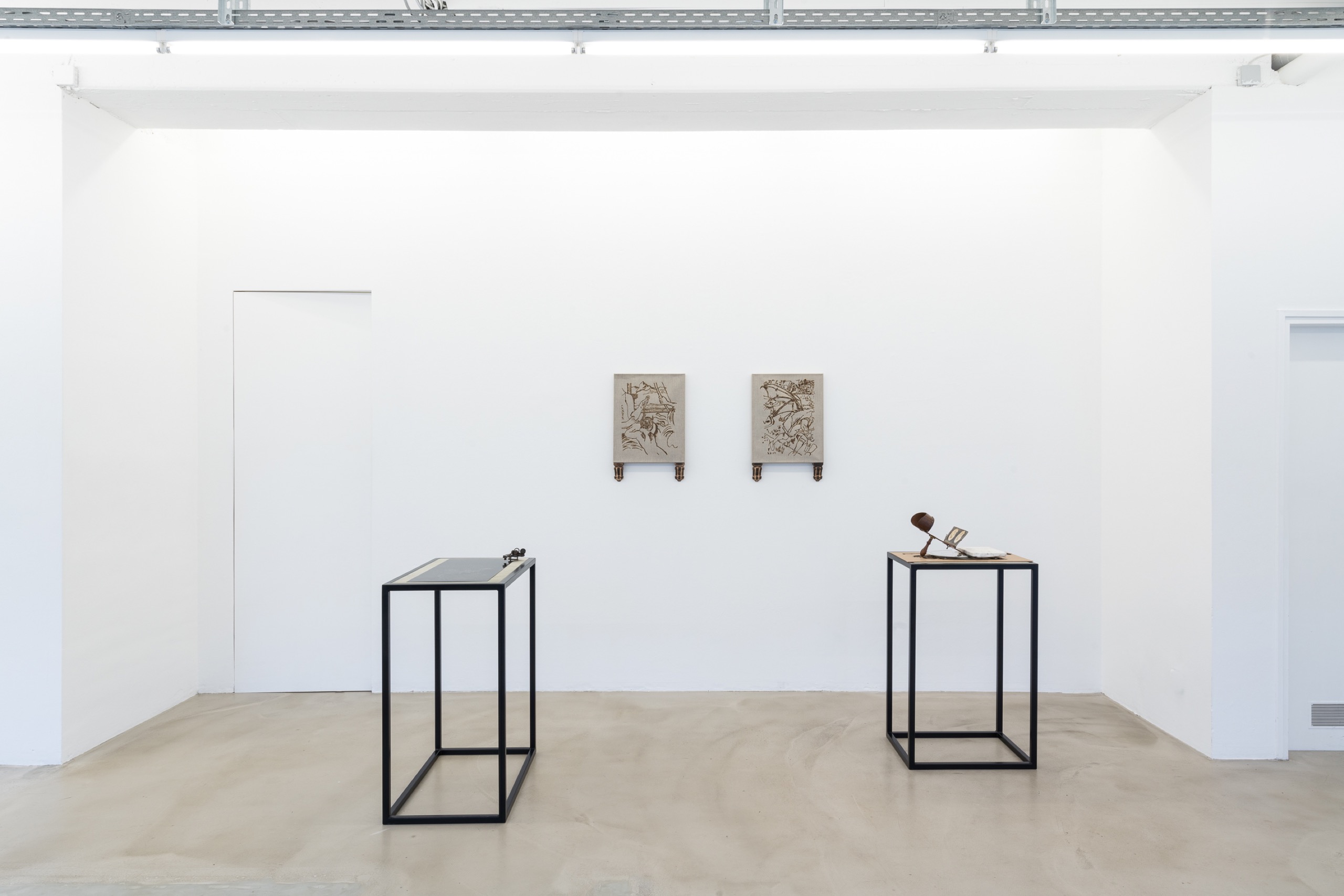 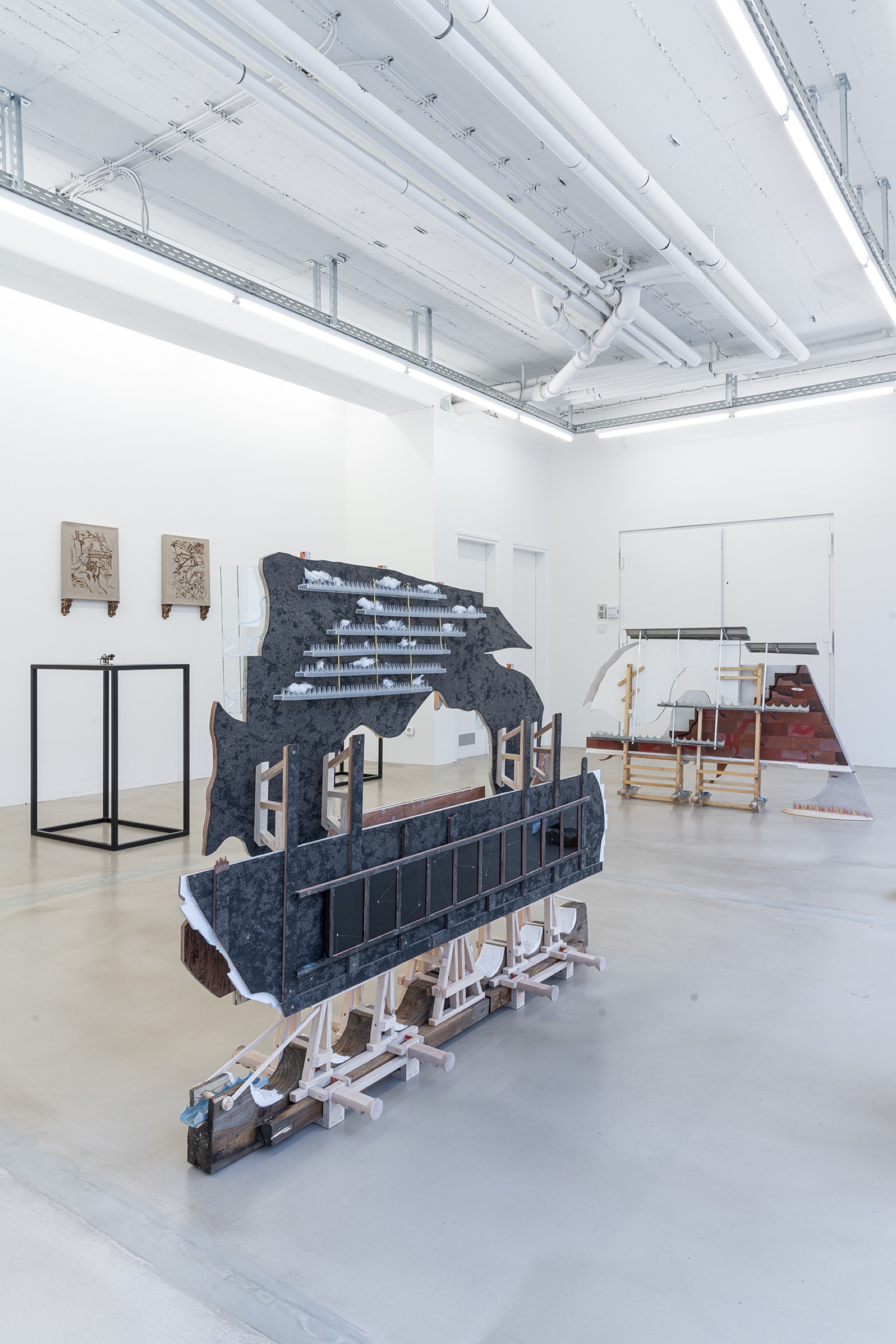 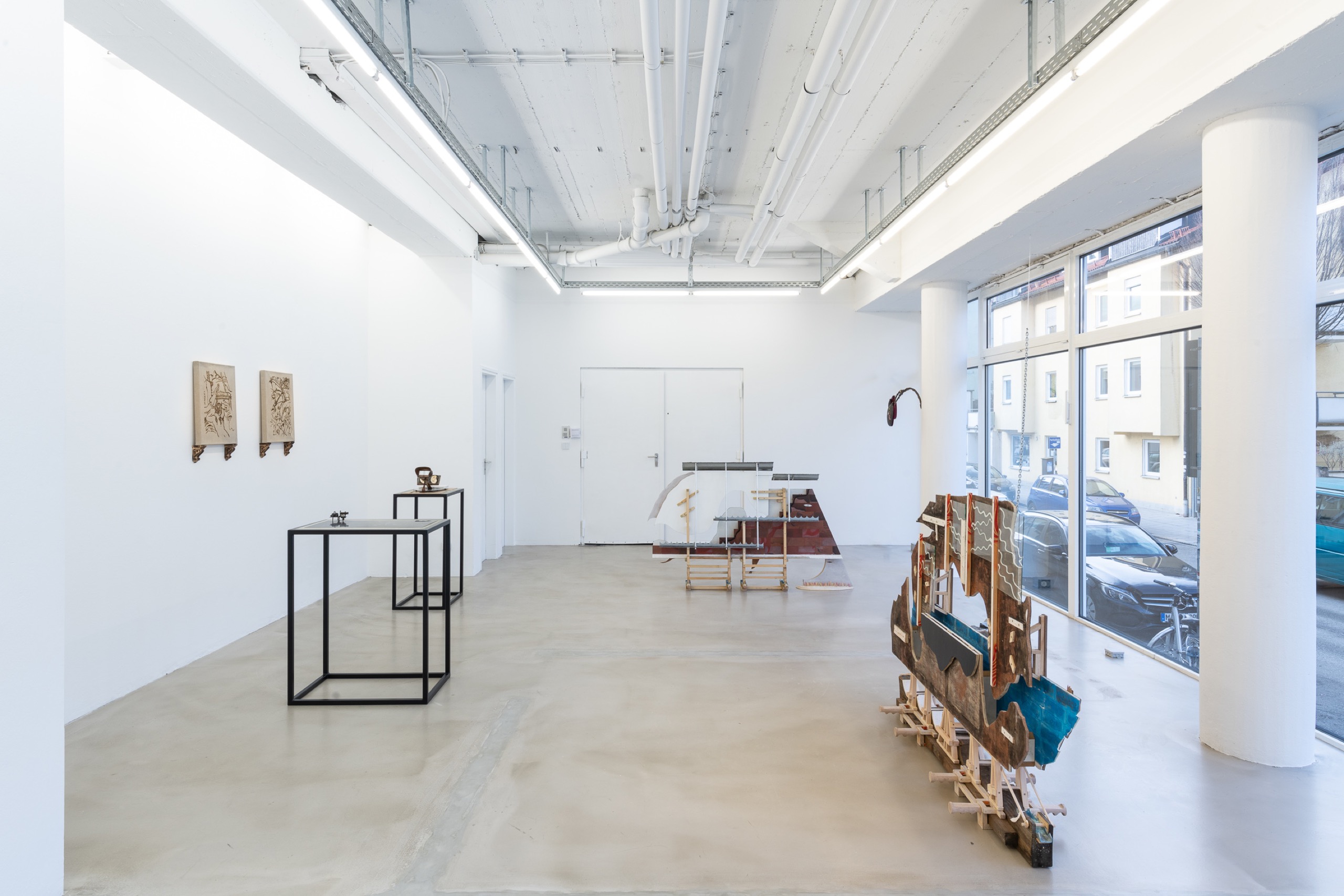 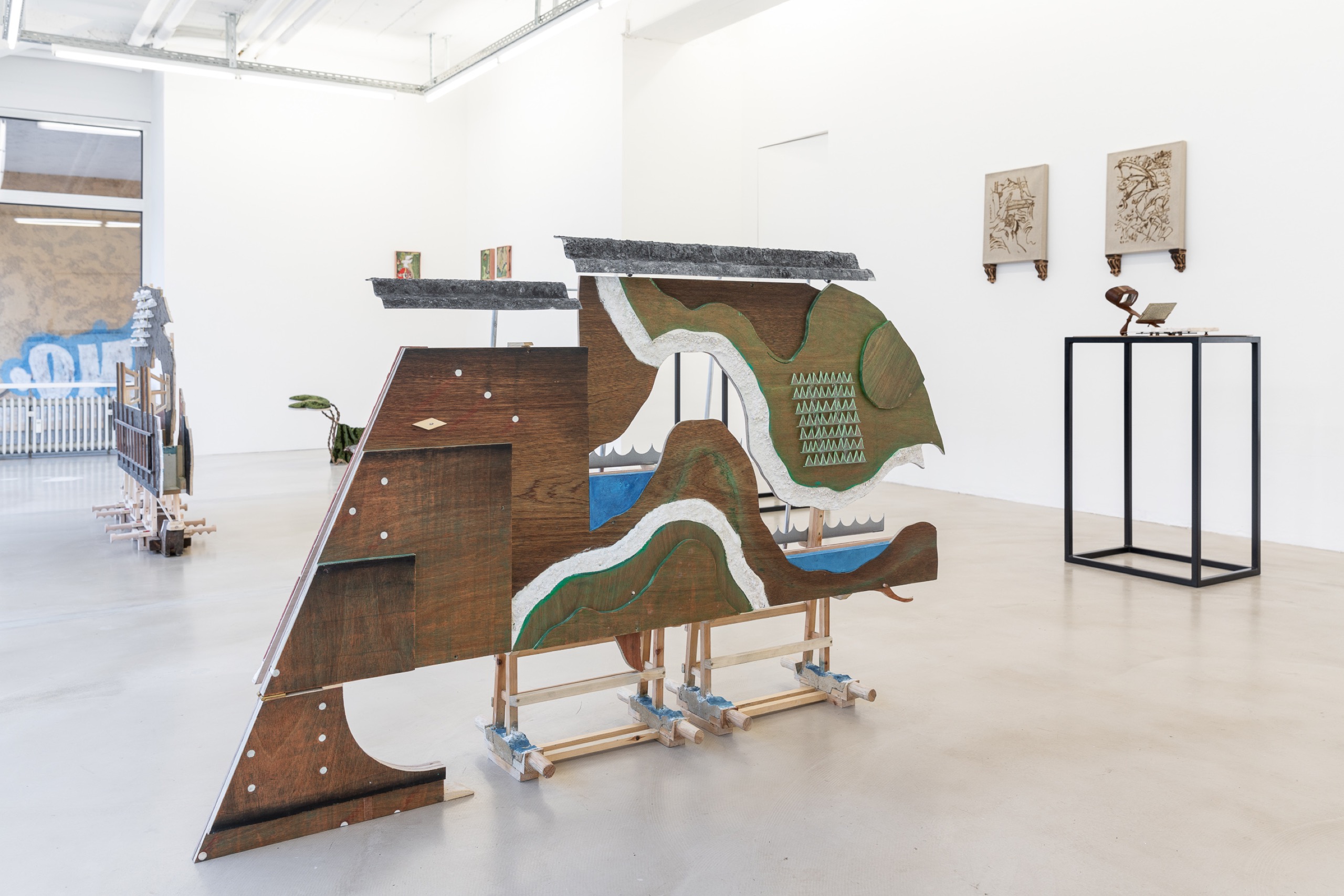 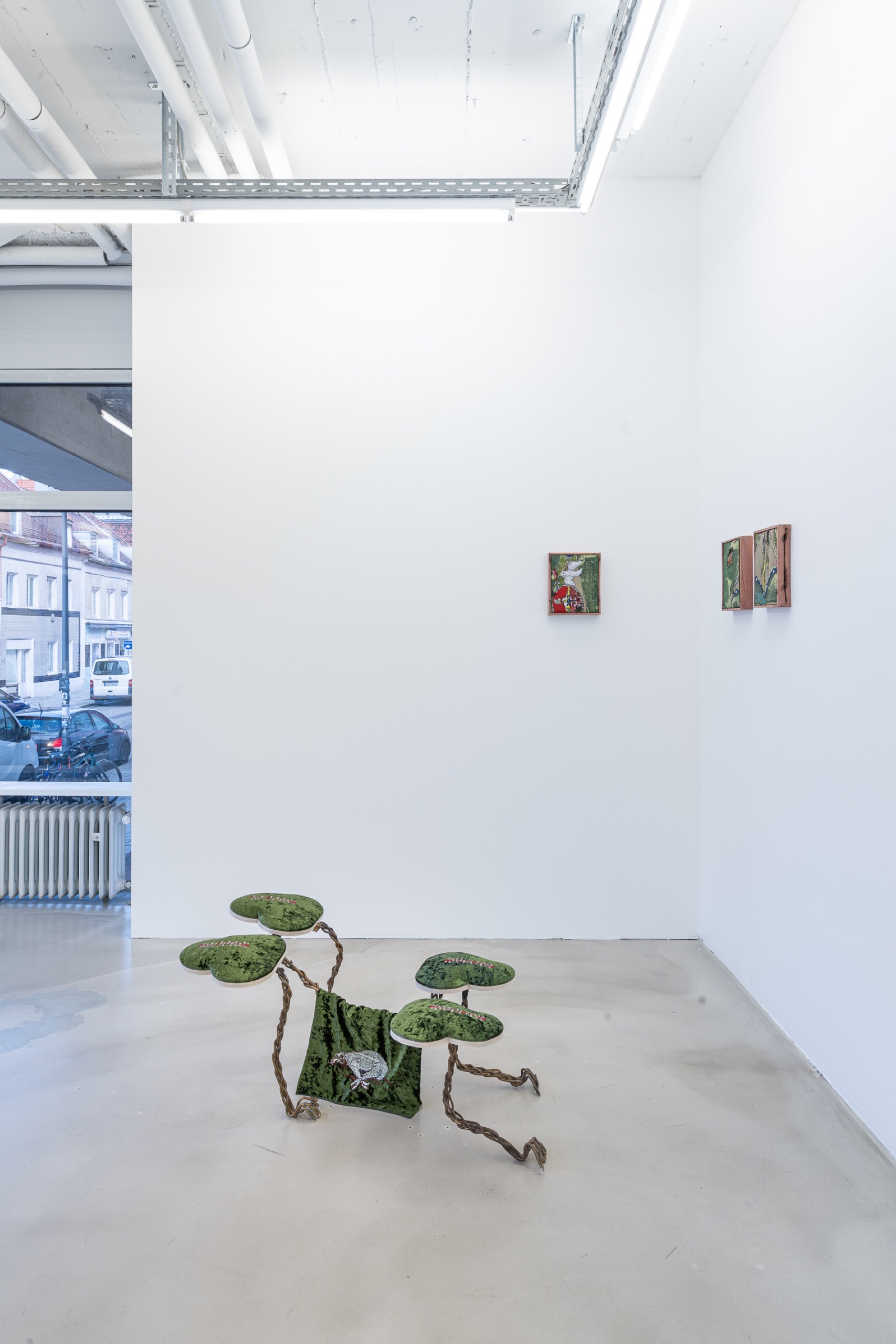 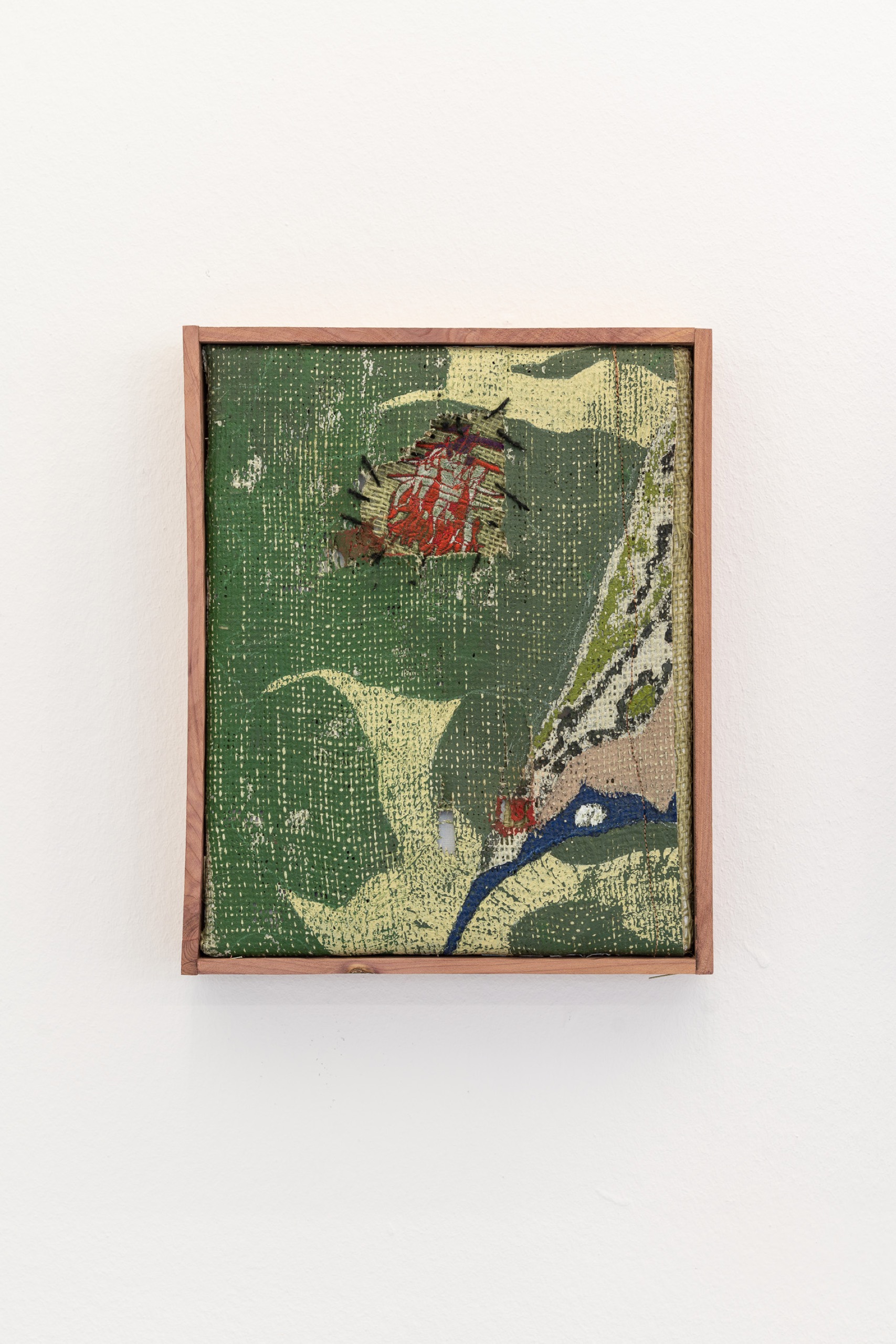 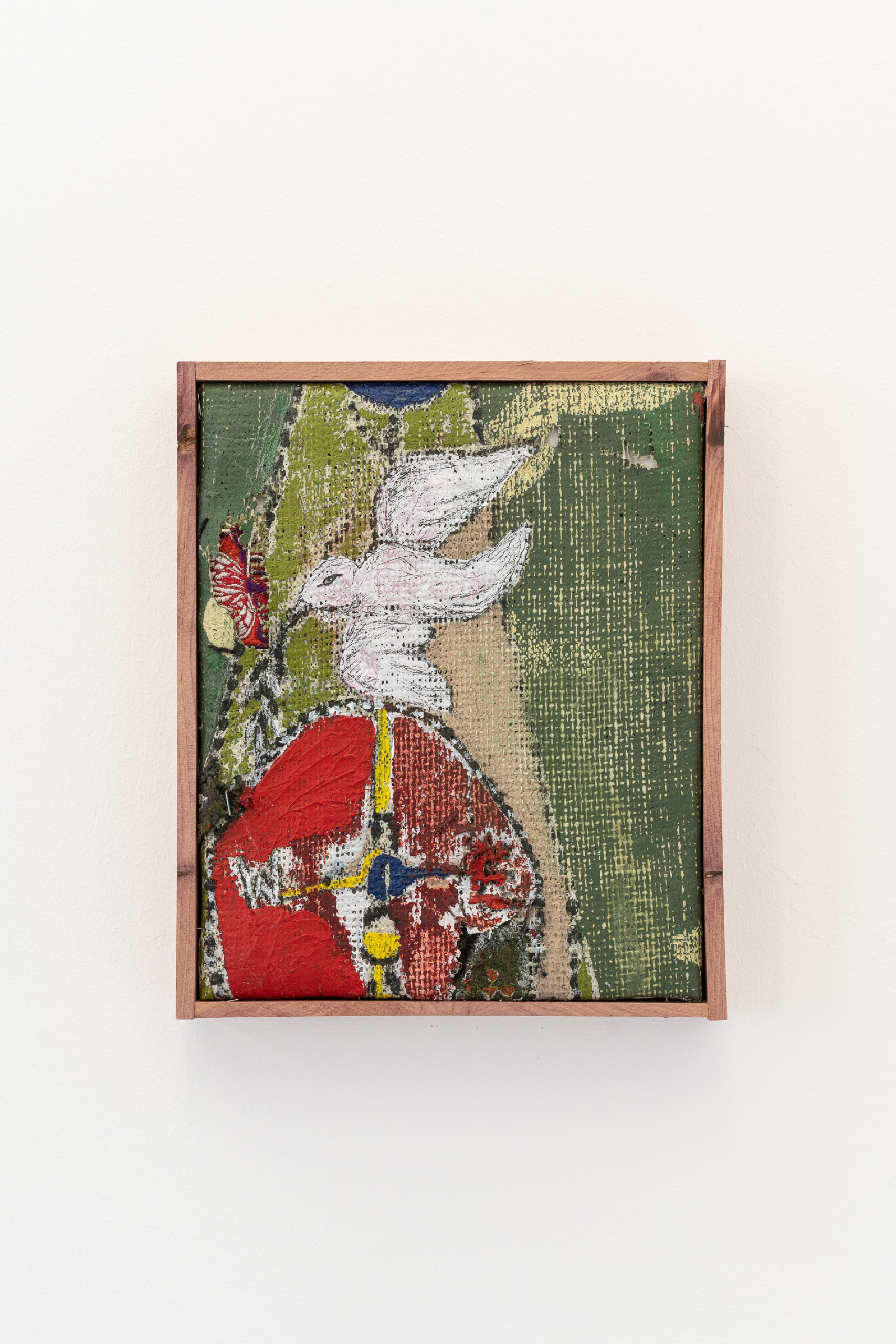 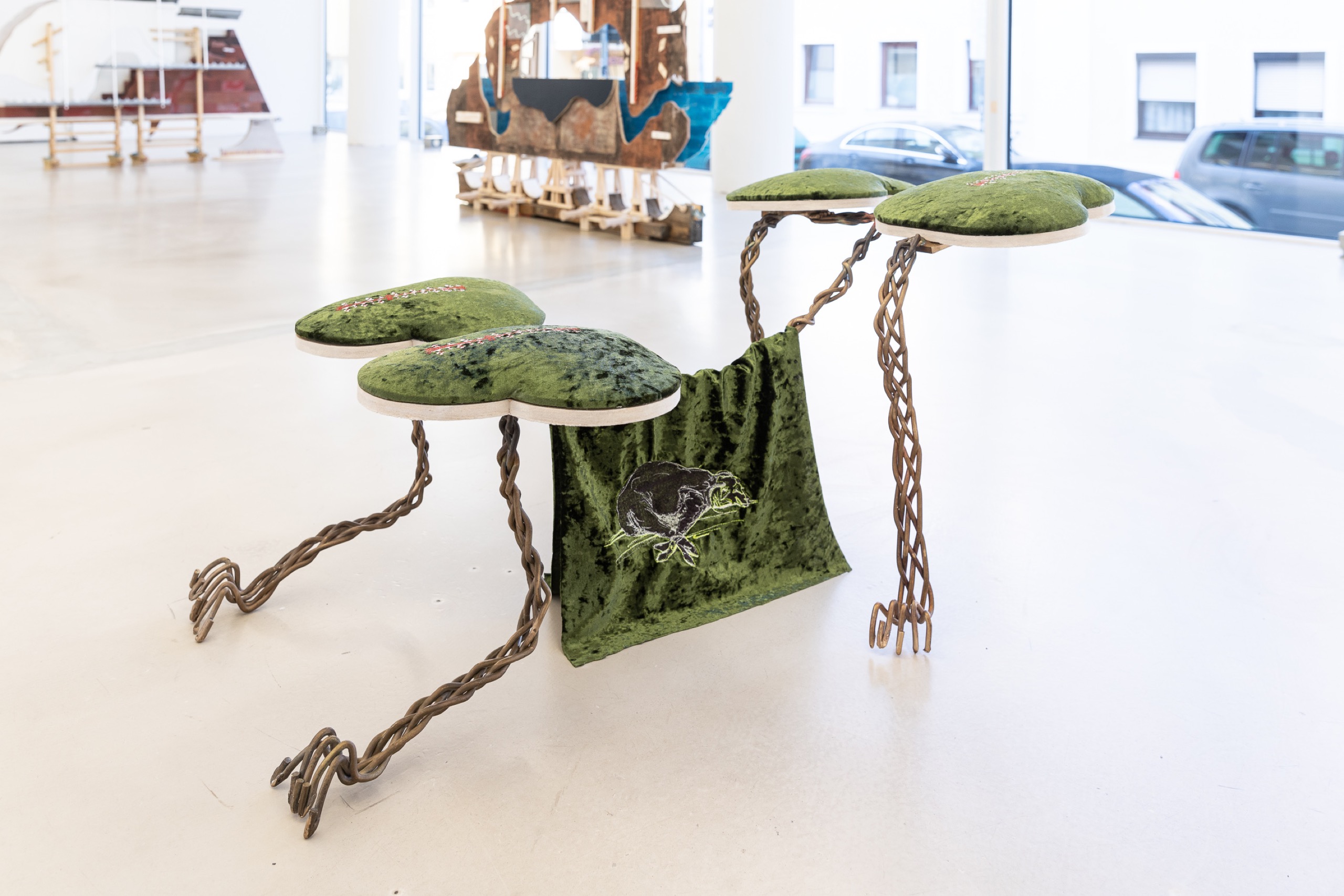 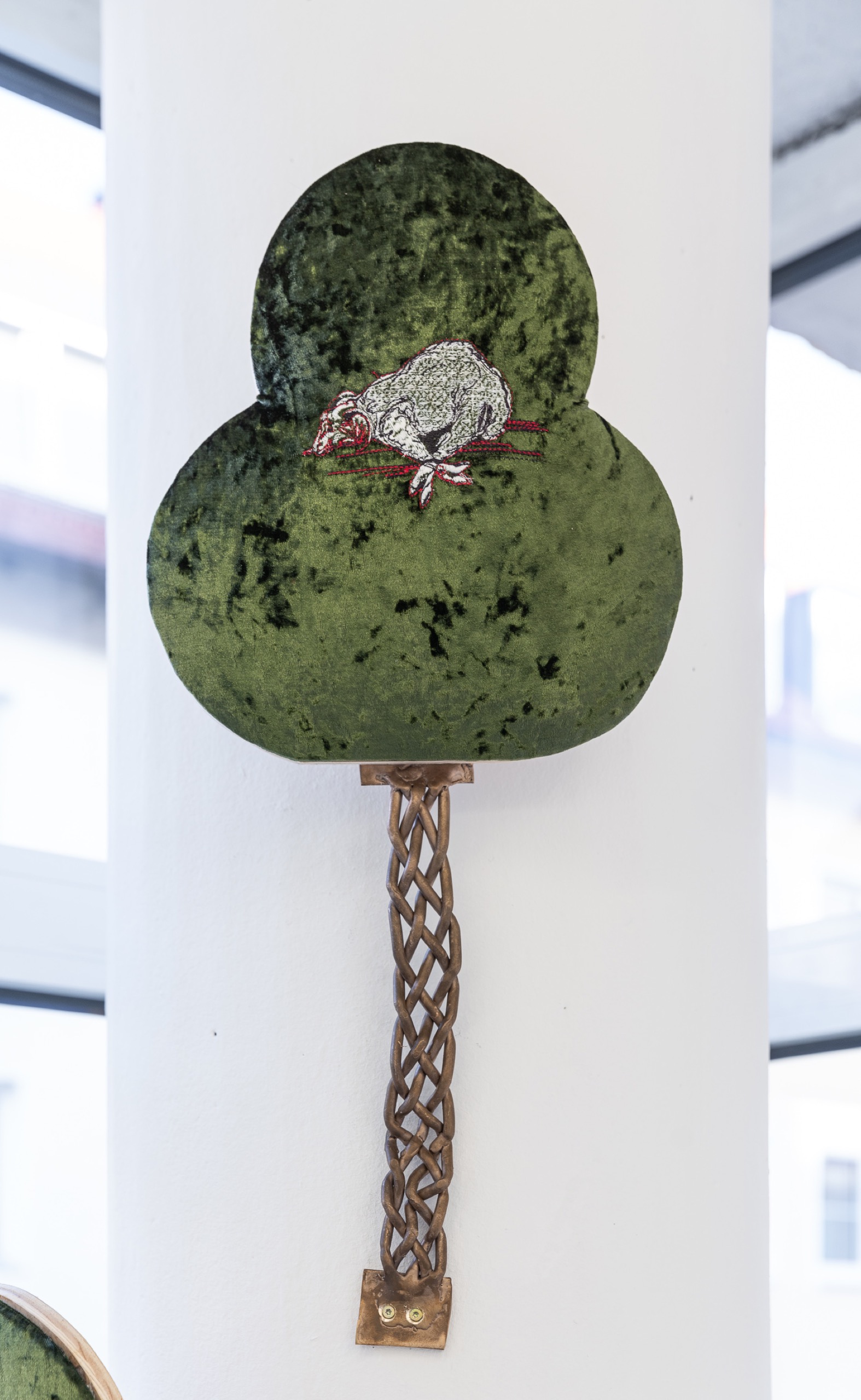 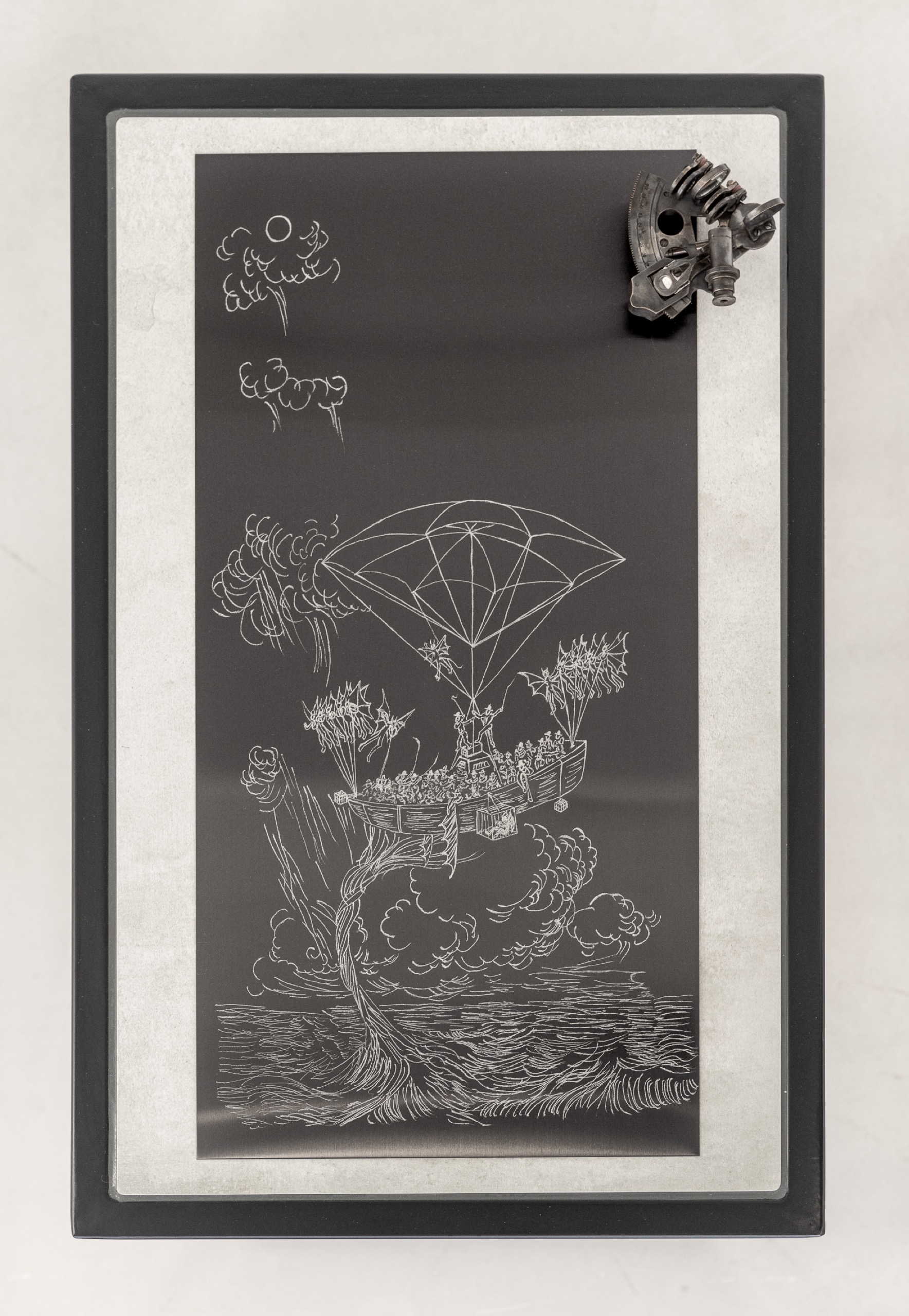 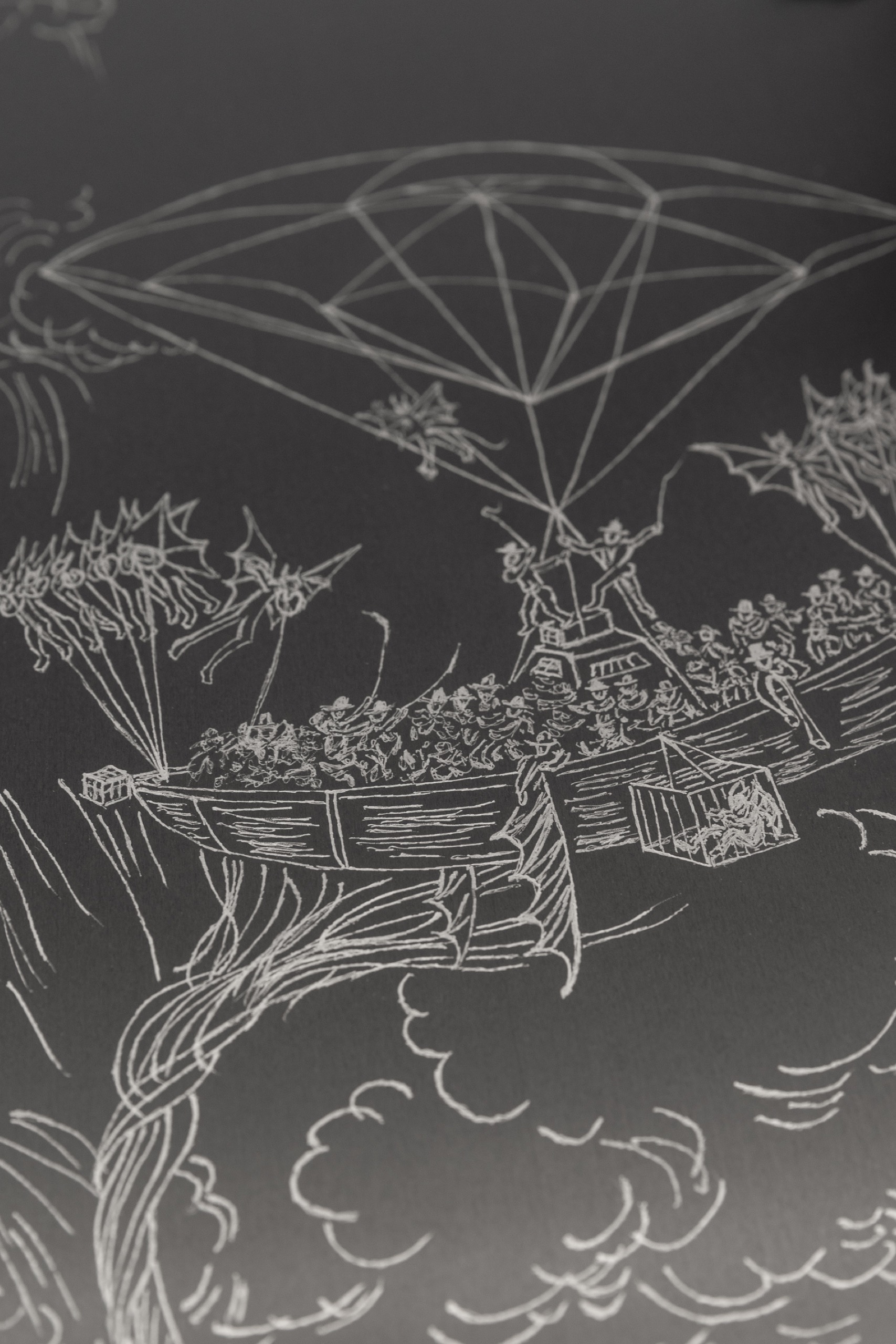 ‍Wallwerk is the name of a city on the moon, on the north side of the Schröter crater; a city which would have been observed by Munich-based astronomer and urologist Franz von Paula Gruithuisen in 1822 through a refractive telescope. He would develop on his observations and discoveries in a pamphlet he would publish two years later (in German): Discovery of Many Distinct Traces of Lunar Inhabitants, Especially of One of Their Colossal Buildings (1824). Weirdly enough, the publication only contains one page of – beautiful – illustrations, an attempt at proving how certain irregularities on the surface of the satellite, believed to be manifestations of walls, fortifications and roads, hinted at a developed form of life on the moon.

While these theories were disputed from the moment they were shared, Gruithuisen got a position at the University of Munich in 1926 as Professor of Astronomy, notably for his contributions to the “meteorite impact theory”, which argued that the moon’s craters were formed by meteorites, rather than volcanic eruptions. A fabulous essay titled “In search of historical roots of the meteorite impact theory: Franz von Paula Gruithuisen as the first proponent of an impact cratering model for the Moon in the 1820s” (2019) by geologist Grzegorz Racki explains it all. What interests us here, however, in the context of this exhibition, is how the discovery of Wallwerk and the inception of the meteorite impact theory, beyond the search for scientific truth, could be seen as projected sculptural gestures.

In many ways, the drawings of the walls and roads forming the lunar city look more like proto-land art rather than urban planning. The ones that aim at explaining the formation of craters on the moon via meteorites display a sculptural gesture, in action. If I am speaking about “projected sculptural gestures”, it’s because Gruithuisen was never able to touch the moon, physically. But what if we consider his observations, writings and drawings like the primary sculptural act? What if he did sculpt the moon through his work anyway? And how does this equate to a form of space colonisation?

The three artists gathered in Wallwerk not only offer orientations – look at that compass’ needle on one of Brittni’s sculptures, indicating a false North, or the stereoscope on one of Cole’s assemblages, but also traps and obstacles – both of Josephine’s sculptures operate at the intersection of landscaping and fencing while looking like vessels. All three artists are also inhabiting a space at the junction between sculpture, drawing and painting, which blurs the lines between flatness and relief, wall works that are not for walls: there are bumps, peaks and valleys, everywhere you look. This also manifests through the materiality of the work in presence, testimonies to an ambivalent violence/care polarity at play in the production of the works: Brittni tears fabrics to then tend to its wounds, Josephine alludes to clouds through cotton wool on anticlimb spikes, and Cole burns surfaces to better tell the stories of Geryon and the Moon Hoax. At the end, there’s tenderness, but there’s also rain.

I’ll leave it there and see you soon.
In the hope that you find your own lunar town.

Cole Lu (b. 1984, Taipei, Taiwan) is an artist and writer based in New York. His work is an active engagement of shifting and reframing the value and worth of what is subject to Others. Lu has read, exhibited, and lectured internationally. His work has been exhibited at The Drawing Center (New York), Institute of Contemporary Art (Philadelphia), Contemporary Art Museum (St. Louis), and La Casa Encendida (Madrid). His writing has appeared in Coffee House Press (Minneapolis), WONDER (New York), and The Seventh Wave (New York). His publication Smells Like Content (Endless Editions, 2015) is in the artists’ book collection of the MoMA Library, New York.

Brittni Ann Harvey (b. 1992) is an artist and poet based in Fall River, Massachusetts. Working between disciplines, Harvey’s recent work includes the textile, embroidery, painting and sculpture. Recent group exhibitions include showcases at Motel (Brooklyn, NY), Kristen Lorello Gallery (New York, NY), and Kunsthalle Wichita (Wichita, KS). Her work was exhibited during NADA FAIR (June 2020) and during the inaugural exhibition at the