There Are Dreams That Walk With Us in Our Shadowy Reality 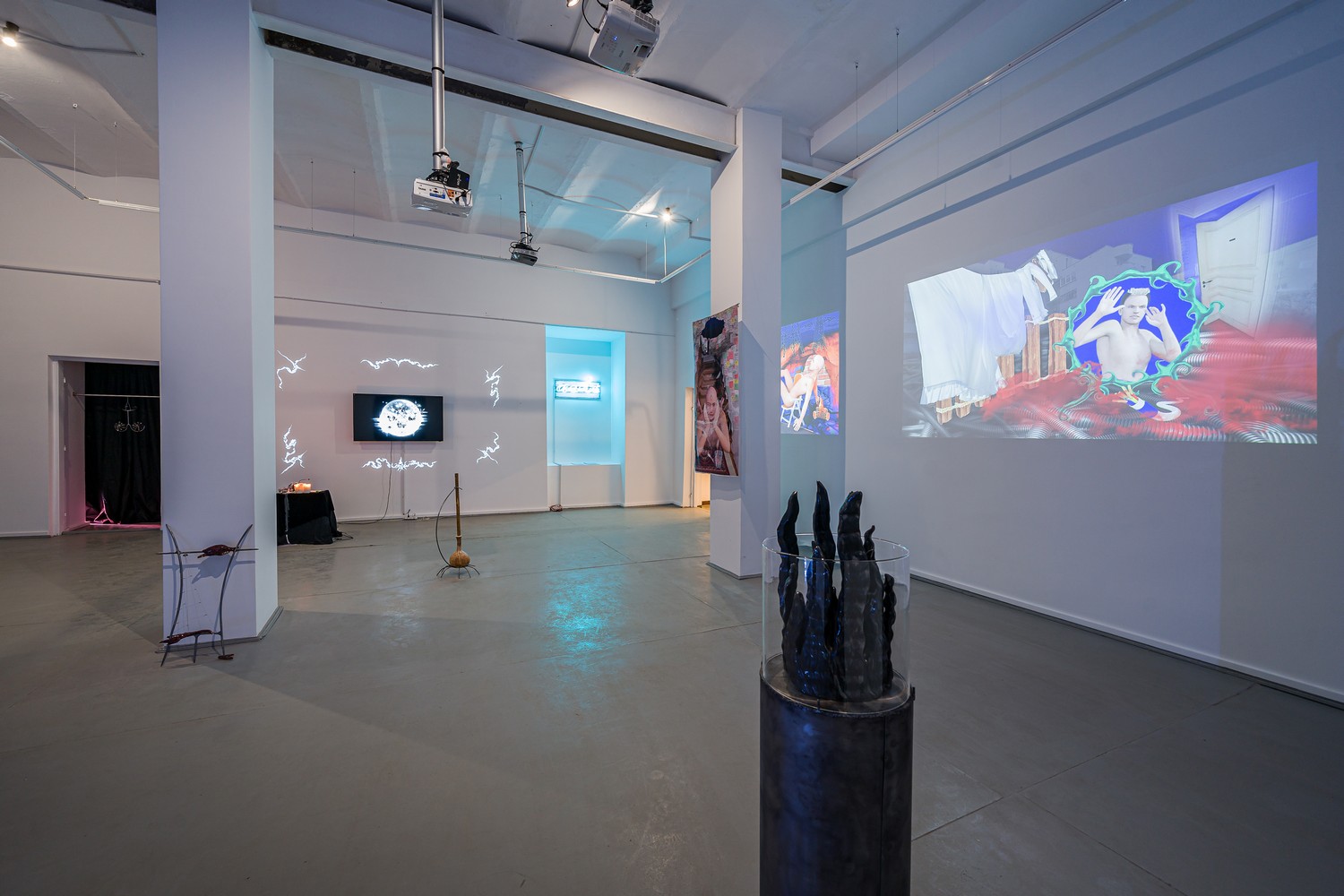 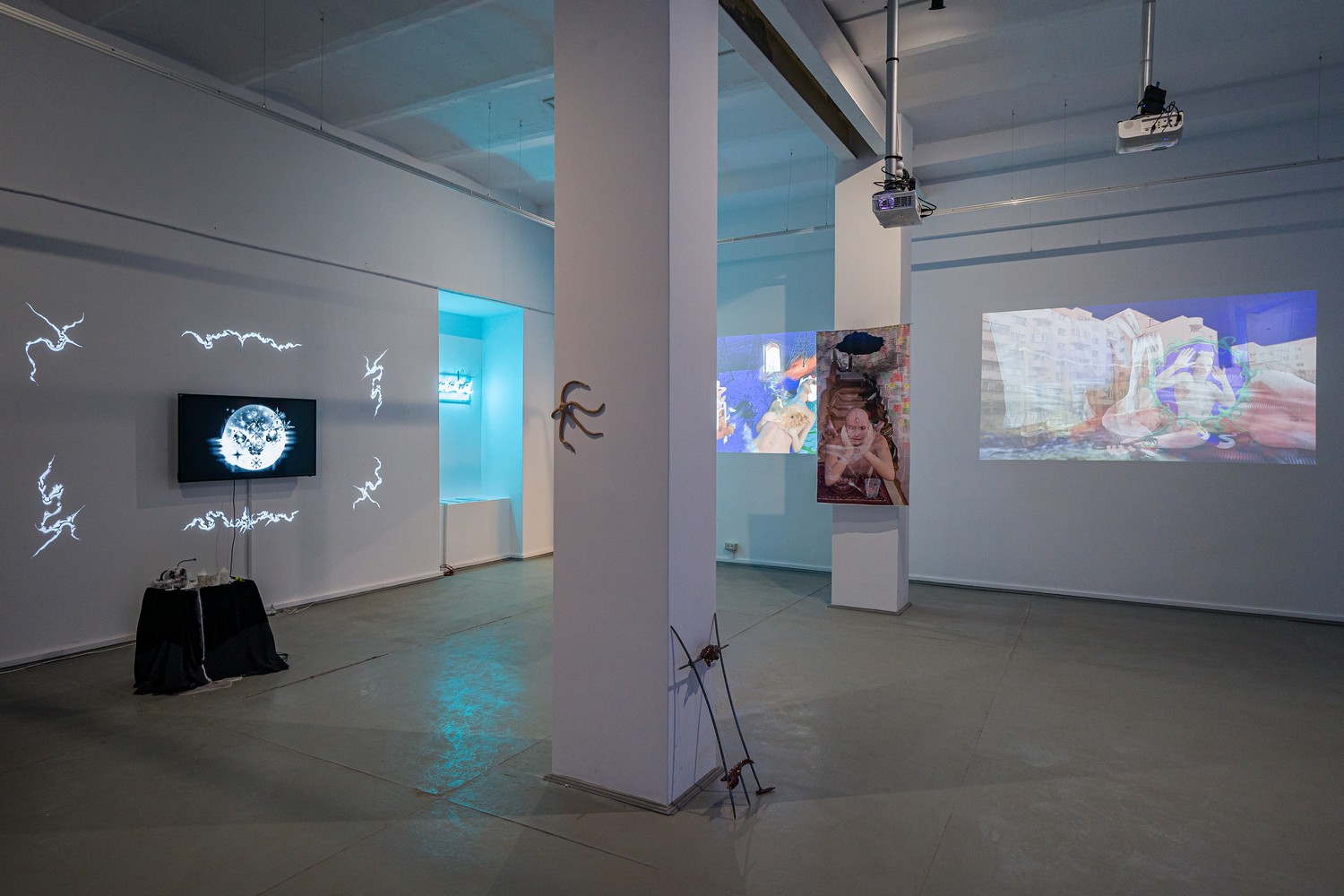 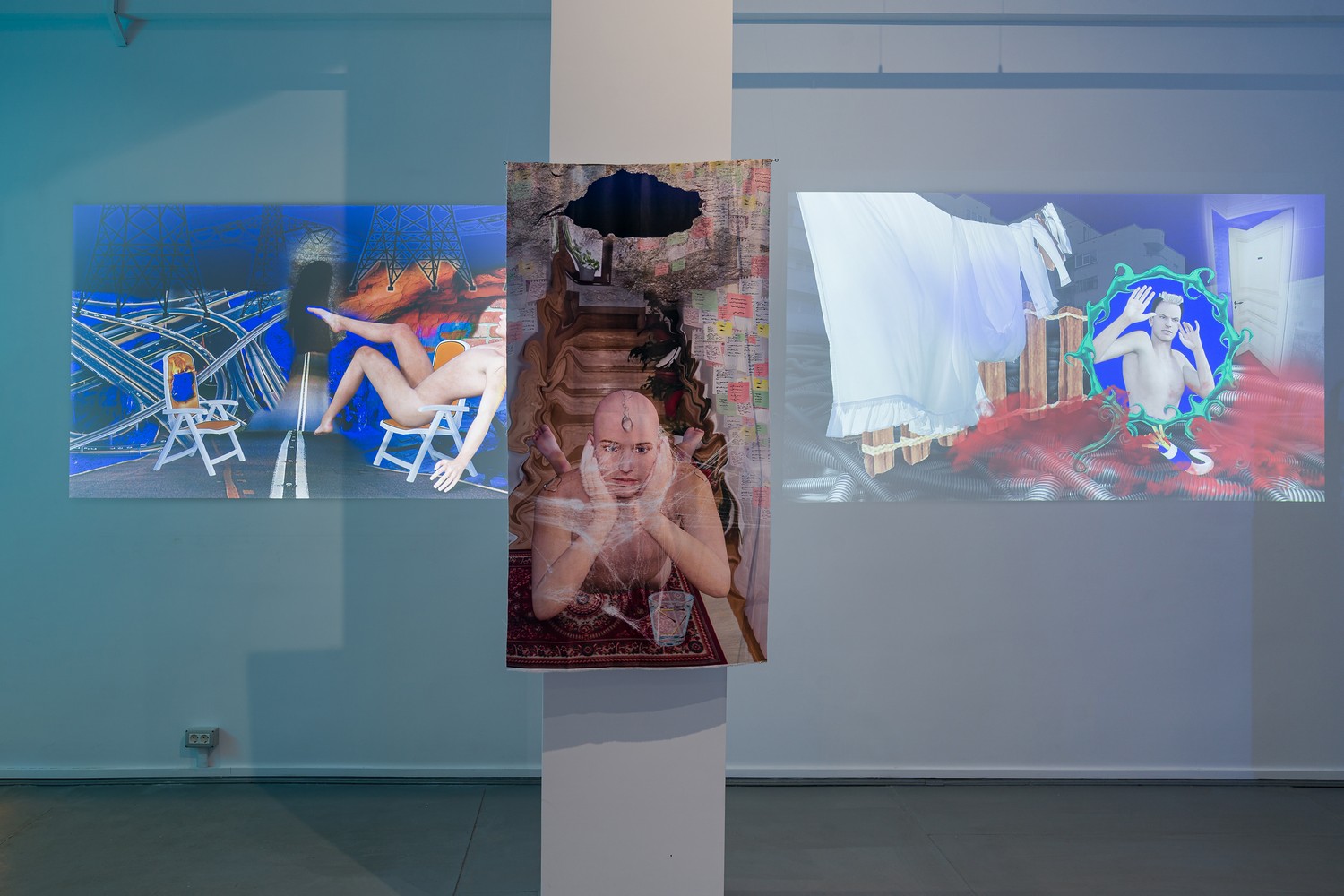 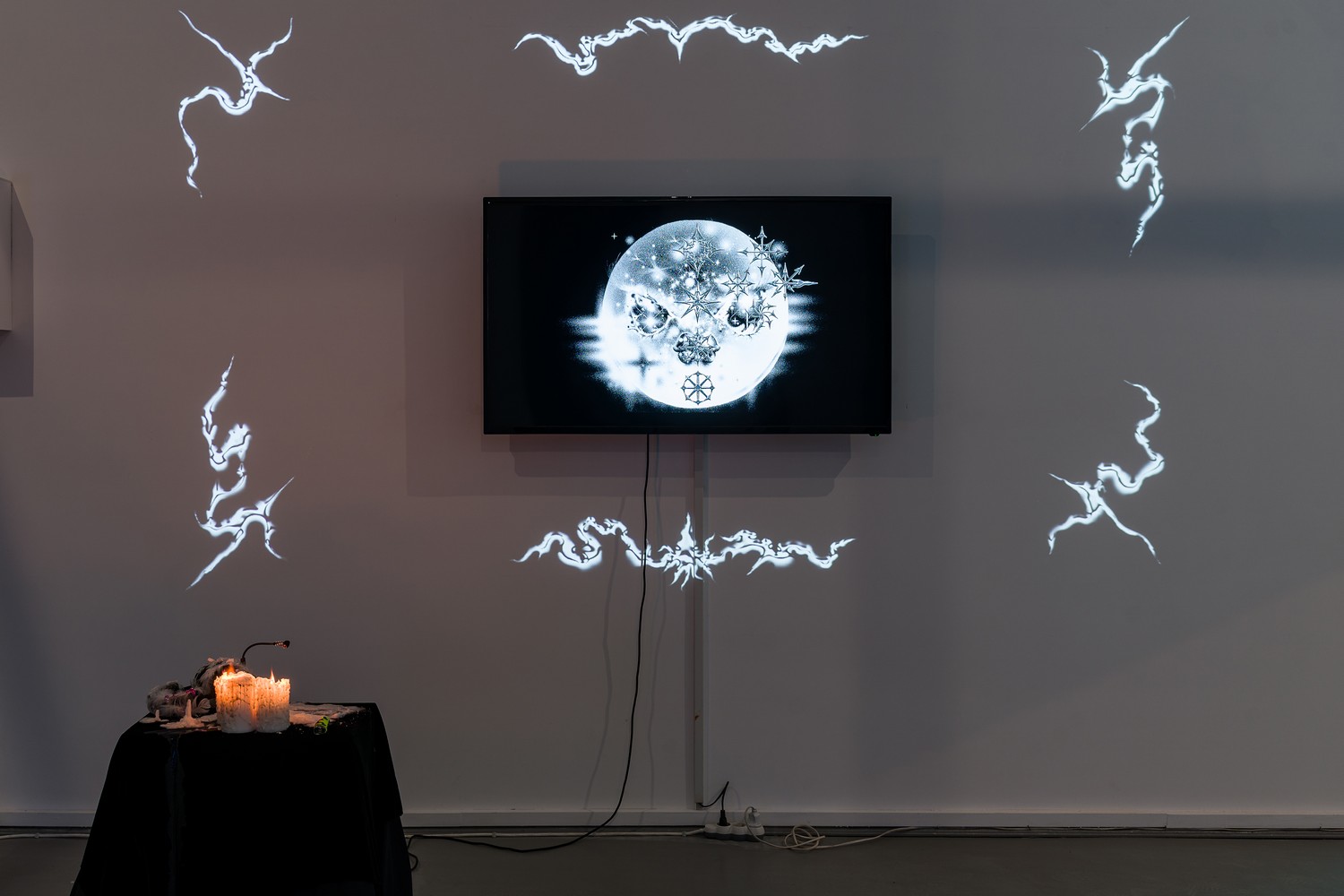 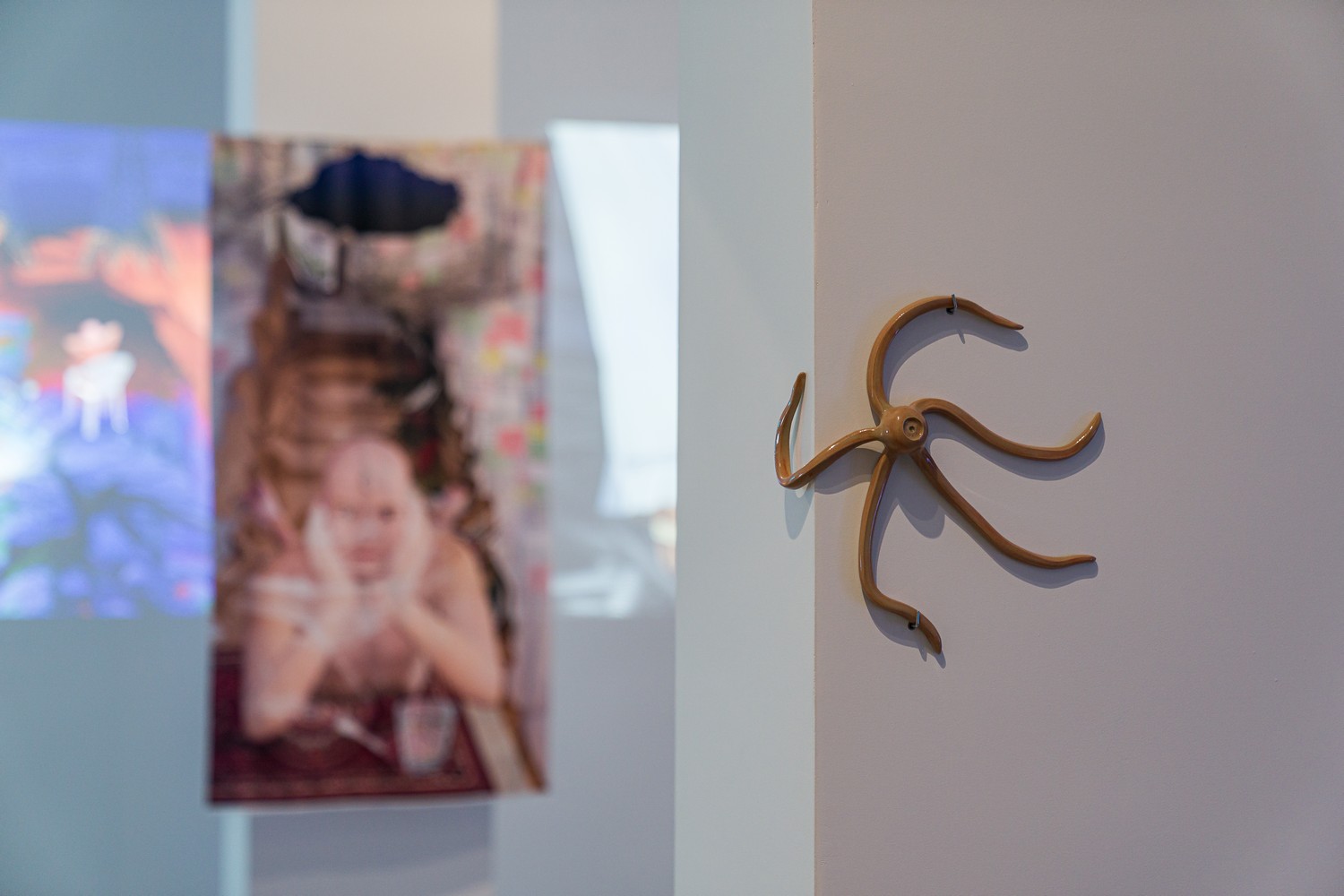 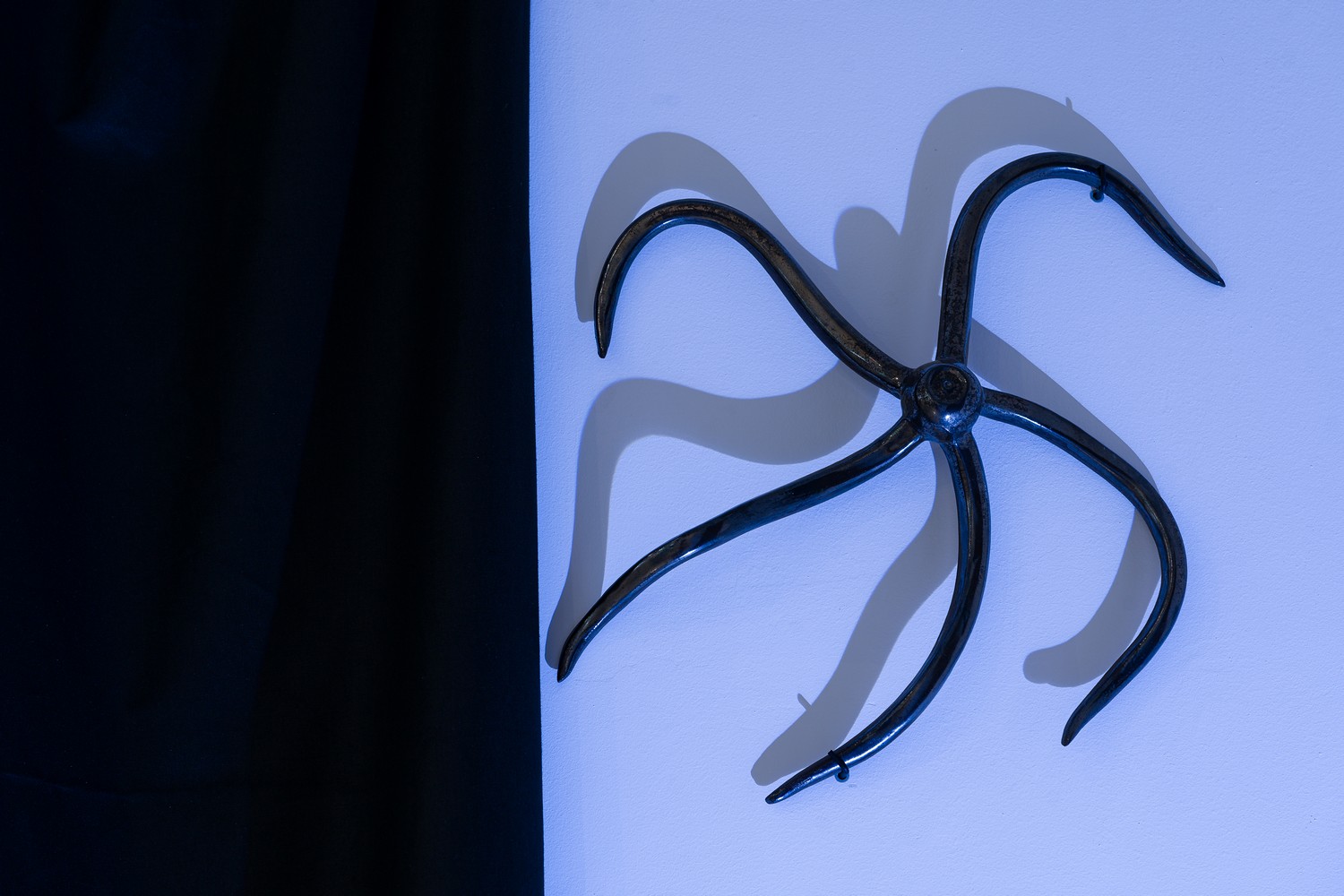 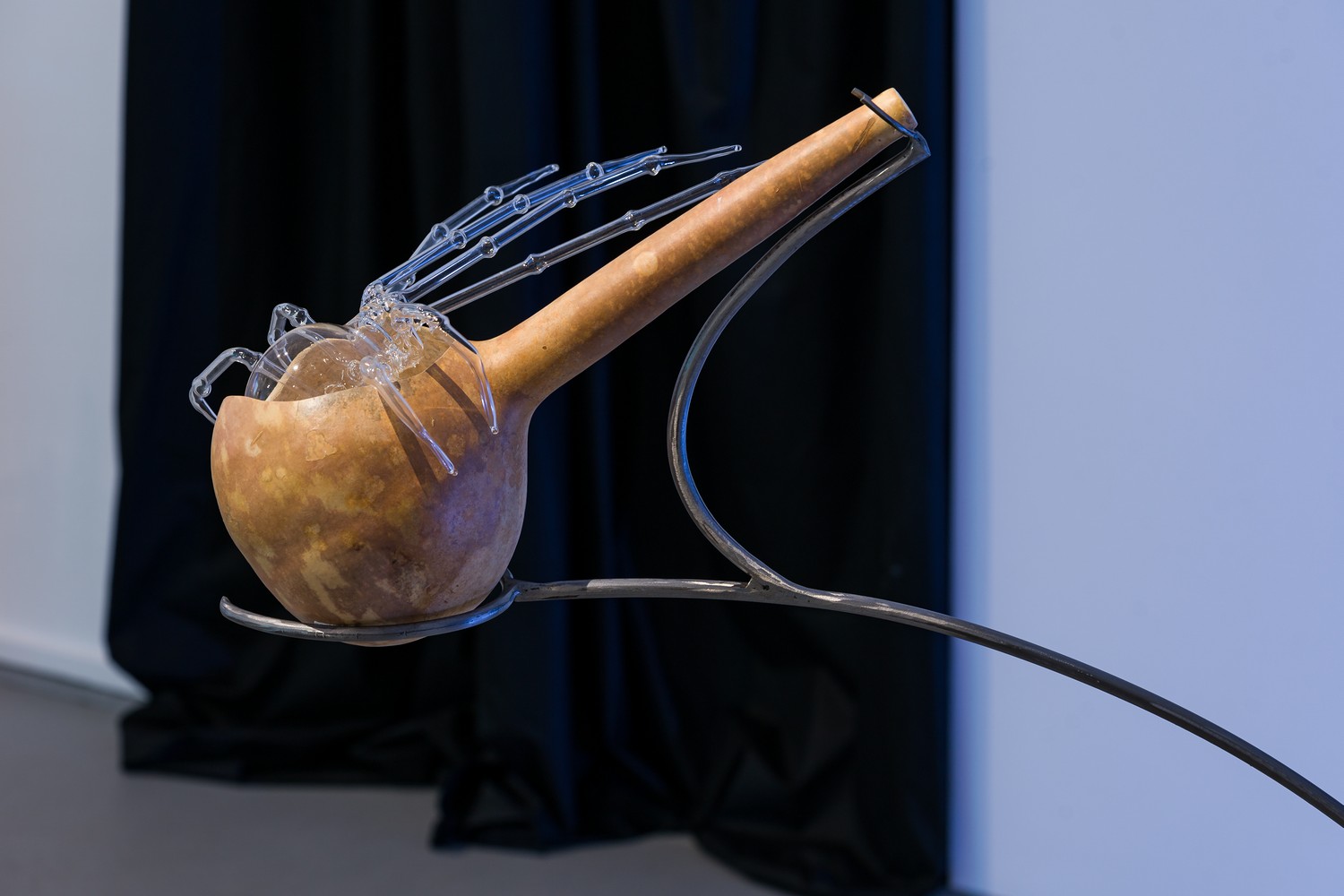 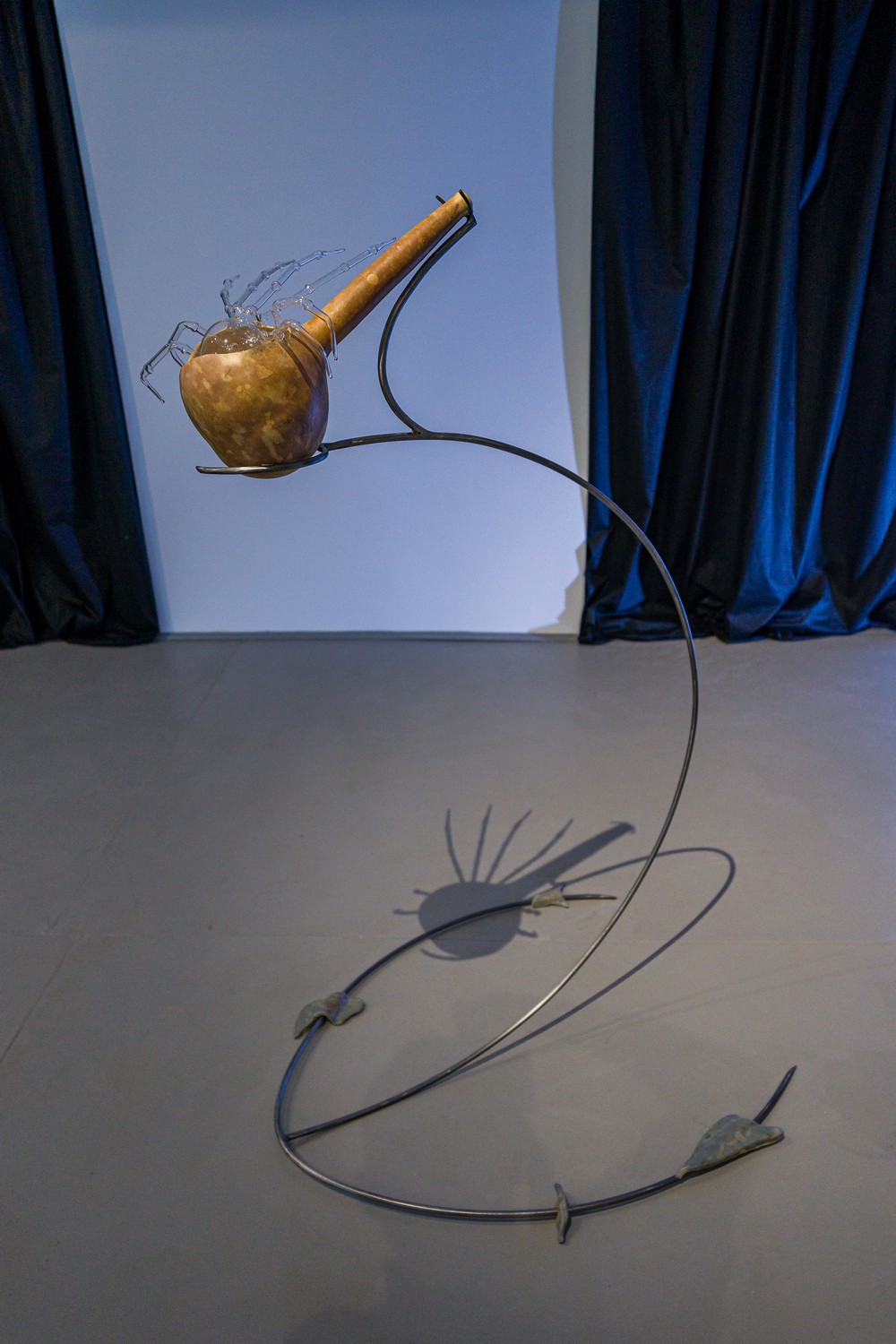 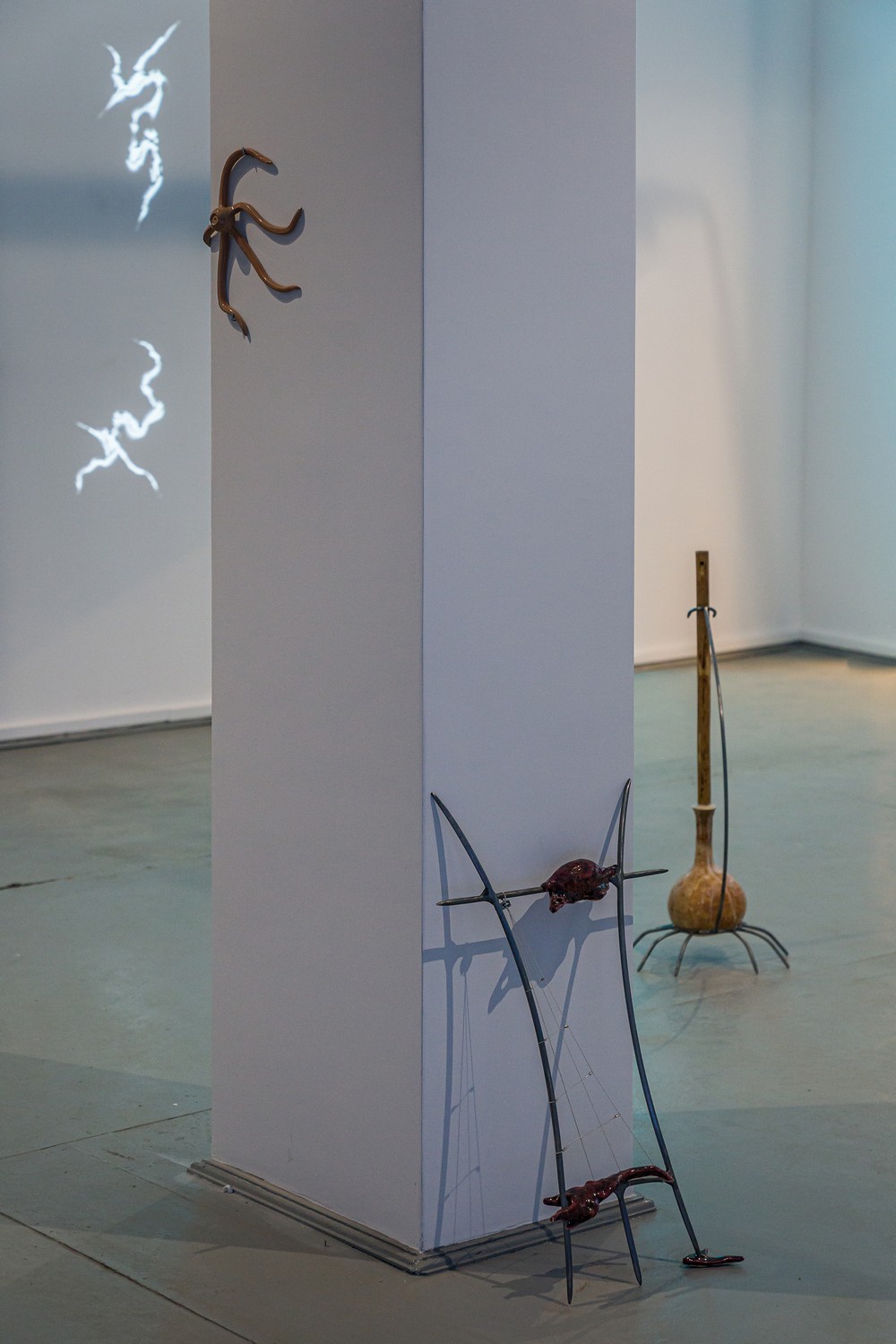 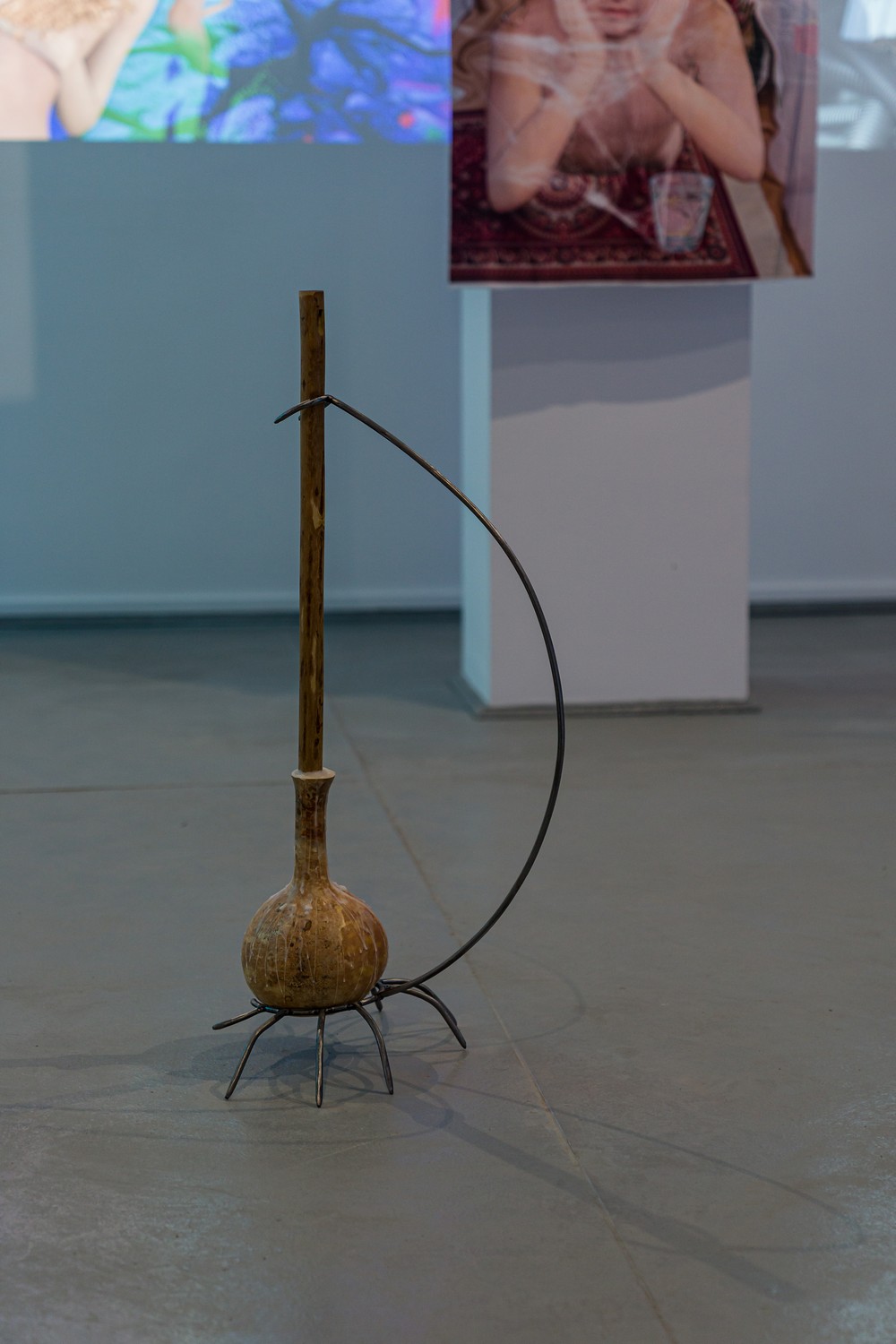 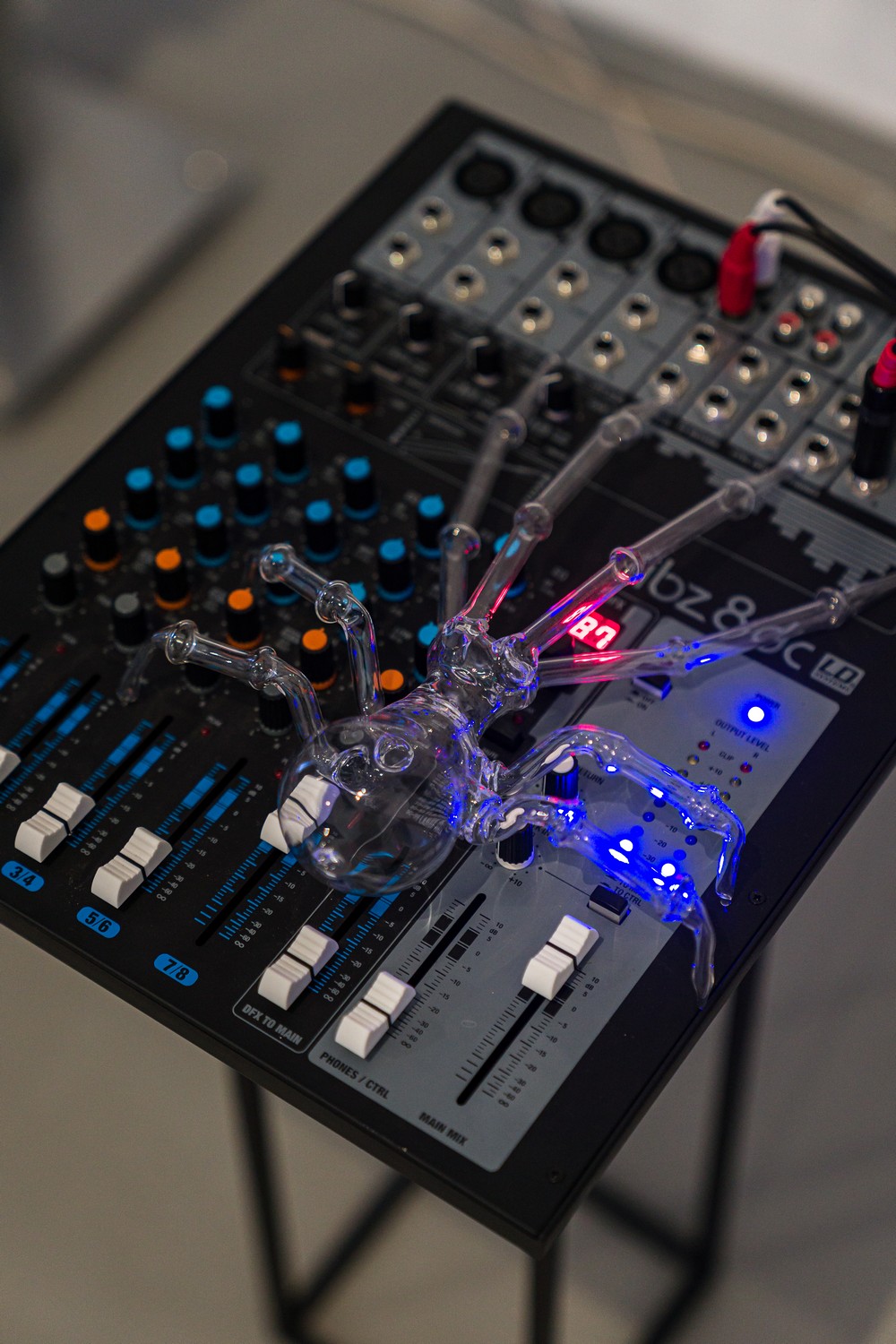 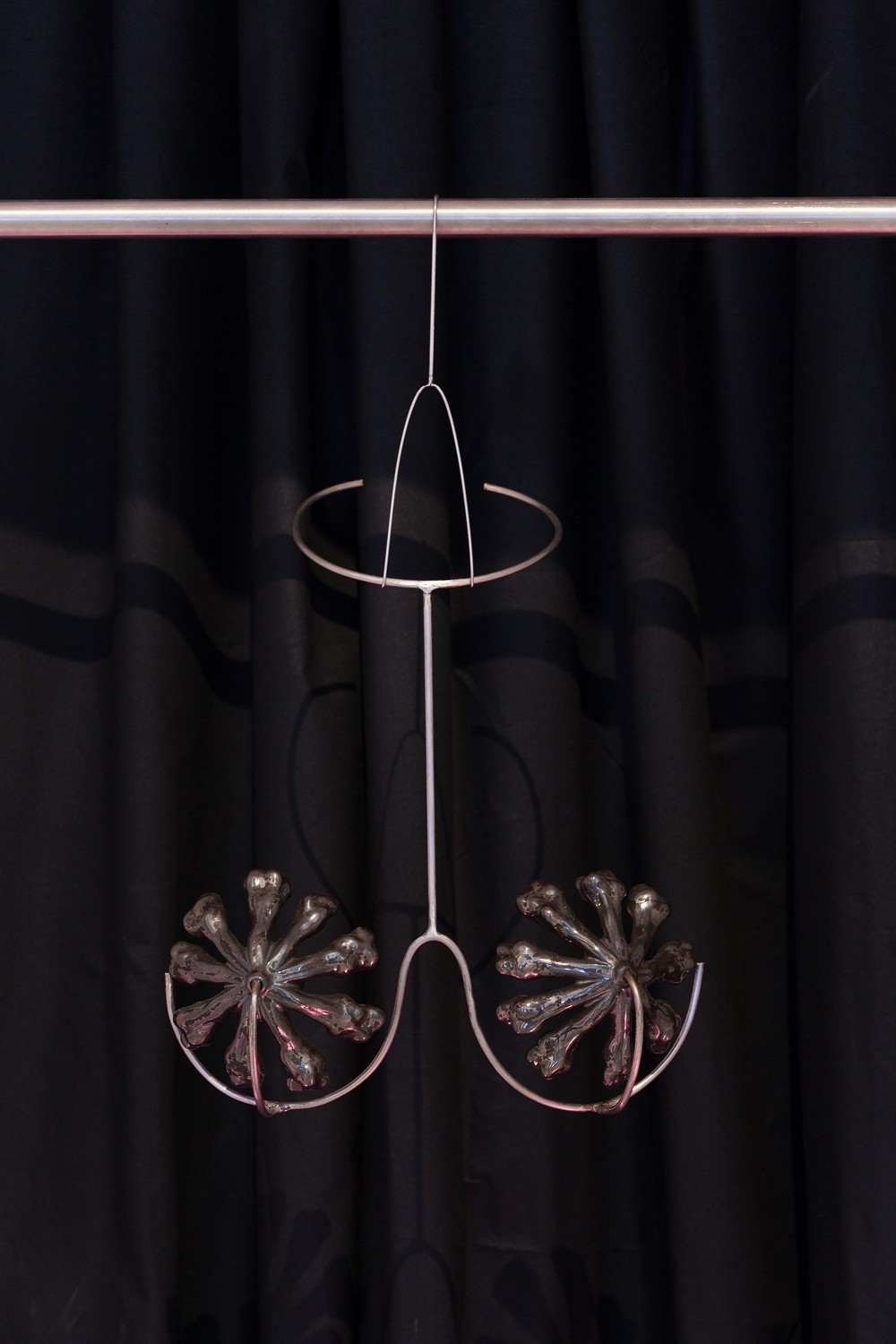 The exhibition curated by the Aici Acolo Collective travels to Bucharest after having been produced as part of Rubik, a project tackling the issue of gentrification in Cluj-Napoca and its effect on artist-run spaces. Rubik is a project of the Paintbrush Factory Federation, curated by Alexandra Mocan and Matei Toșa.

'In sleep, we were consumed by the feverish life of the earth, cast among a ripe, fairly rotting world of strange growths and transformation' - Thomas Ligotti. The Shadow at the Bottom of the World

‍
But in our era of no-sleep, moving around surrounded by a radiant blue halo of multiple screens, where does this mysterious land of dreams reside? And what if this isn't a place, but something else that's breaking through, lurking? The bizarre architecture of dreams, scientists seem to declare, isn't a logical error, but actually a form of thinking in another biochemical state. In them, it's not the bodies that dissolve, as the lack of gravitational forces might suggest, but the heavy burden of social constructs. Dreamworlds generate scenarios for dealing with what comes up, and can create breakthroughs for whatever needs resolving, just not in the order that the everyday dictates. There are many worlds we seem to access in dreams, so as to look at things with new eyes.‍

‍Dreams, then, feel more like a cumulonimbus, a cloud organically gathering information, menacing with its many layers and textures. In the calm before the storm, one can watch it expand and breathe like any organism, allowing the richness of experience to register (this was once revealed to me in a dream).

There are dreams that make their way out, that walk with us in our shadowy reality, as moods, atmospheres and sensorial magnetisms which we can't properly name.

So here is where we meet, in the cumulonimbus, at the crepuscule – where the night hasn't fully cast its shadow, nor the day still shines its bright.

Aici Acolo is a curatorial collective based on sharing skills, knowledge, and friendship. Since 2015 they have been organizing exhibitions with young artists in unused or abandoned spaces in Cluj-Napoca, Romania. The project activates often over-looked locations, ignored or inaccesibile, and transforms them into temporary art spaces open to the public. The short-term events, open for a week or sometimes just one night, offered an alternative to other art institutions, through a curated programme built on promoting emerging artists. Since 2018 they expanded to include educational projects and support for production alongside the usual pop-up exhibition projects. Current Members: Edith Lázár, Thea Lazăr, Flaviu Rogojan.

The exhibition can be visited in Ivan Gallery's space inside Atelierele Malmaison on Calea Plevnei 137C, B side, 1st floor, until August 28 2021, Wed-Sat 2-6 pm, or by appointment outside the visiting hours. Due to the context generated by the COVID-19 pandemic, the gallery visit will be according to the rules established by the Ministerial Order applicable at the time of the visit.

All photos by Cătălin Georgescu. Courtesy of the artists and Ivan Gallery Bucharest. Copyright: the artists.