Stella Zhong: comet without a tail 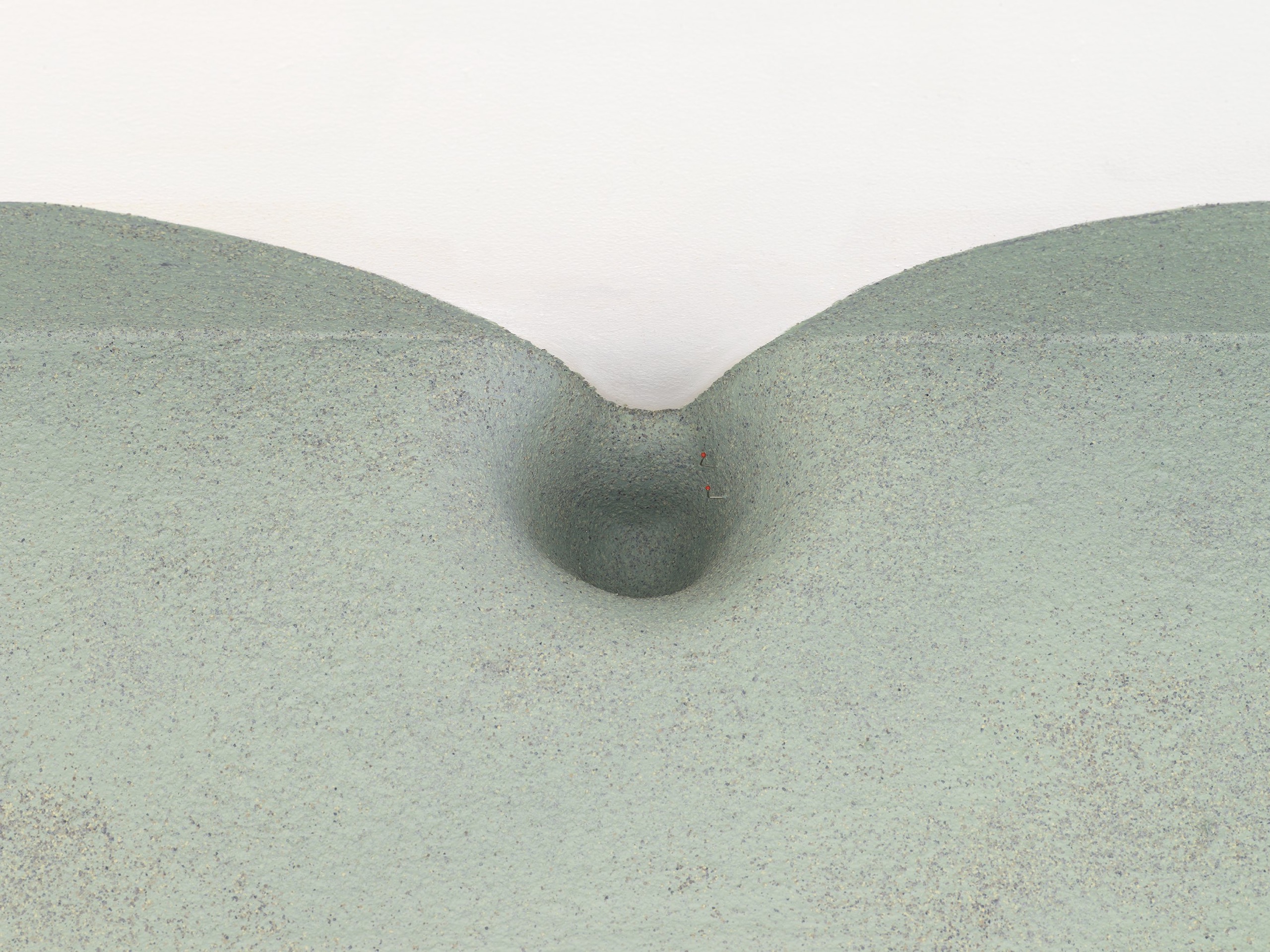 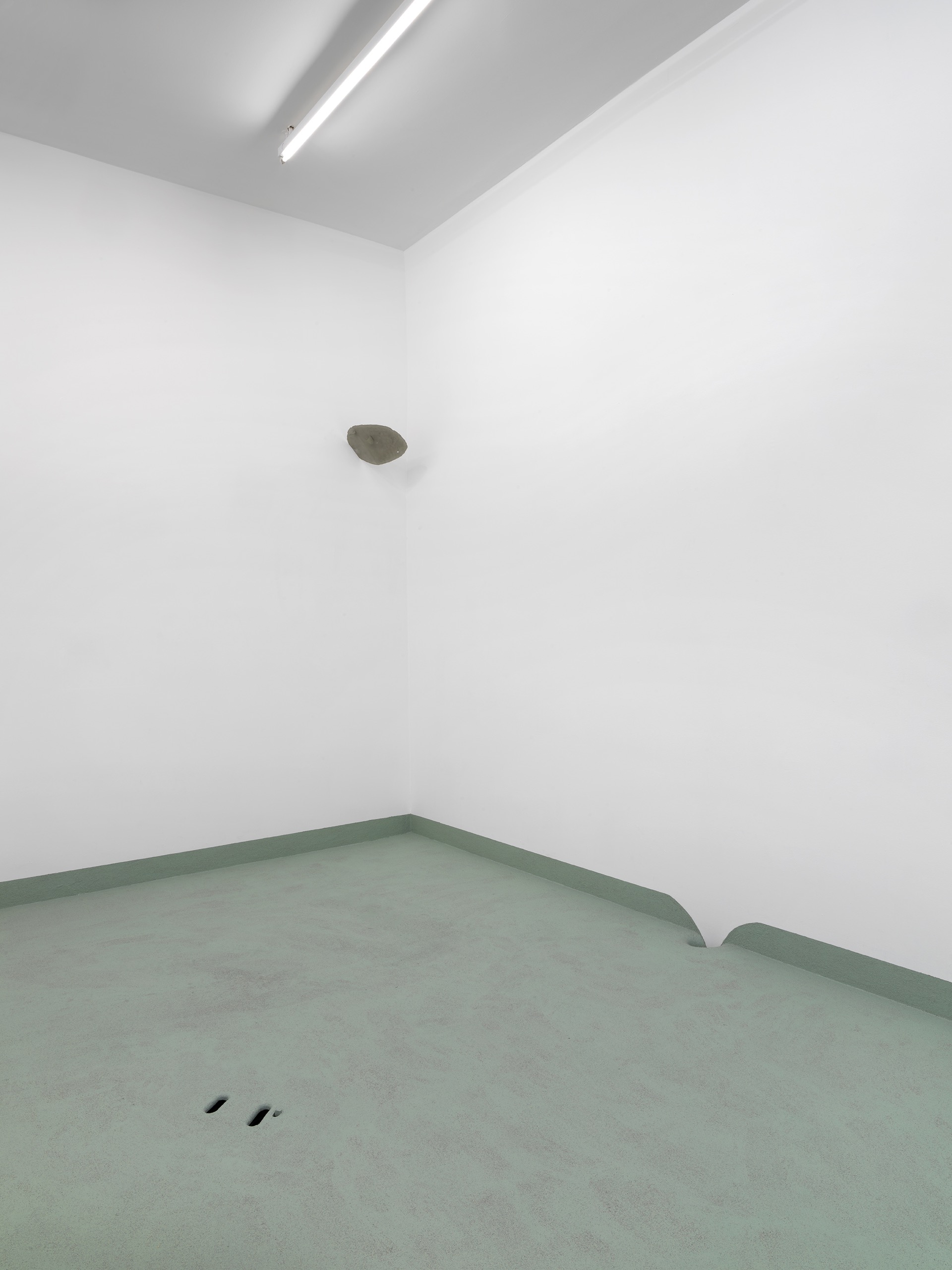 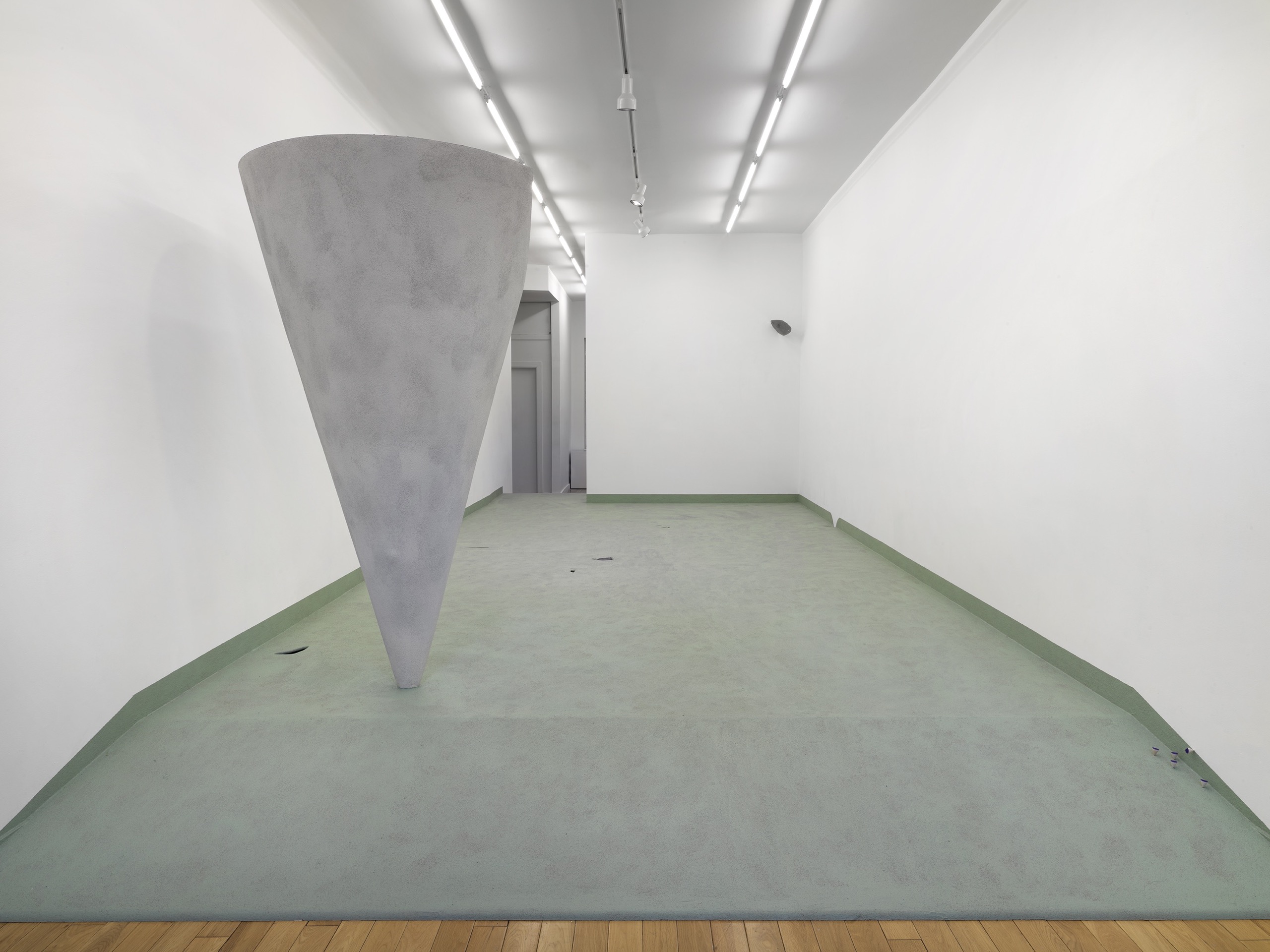 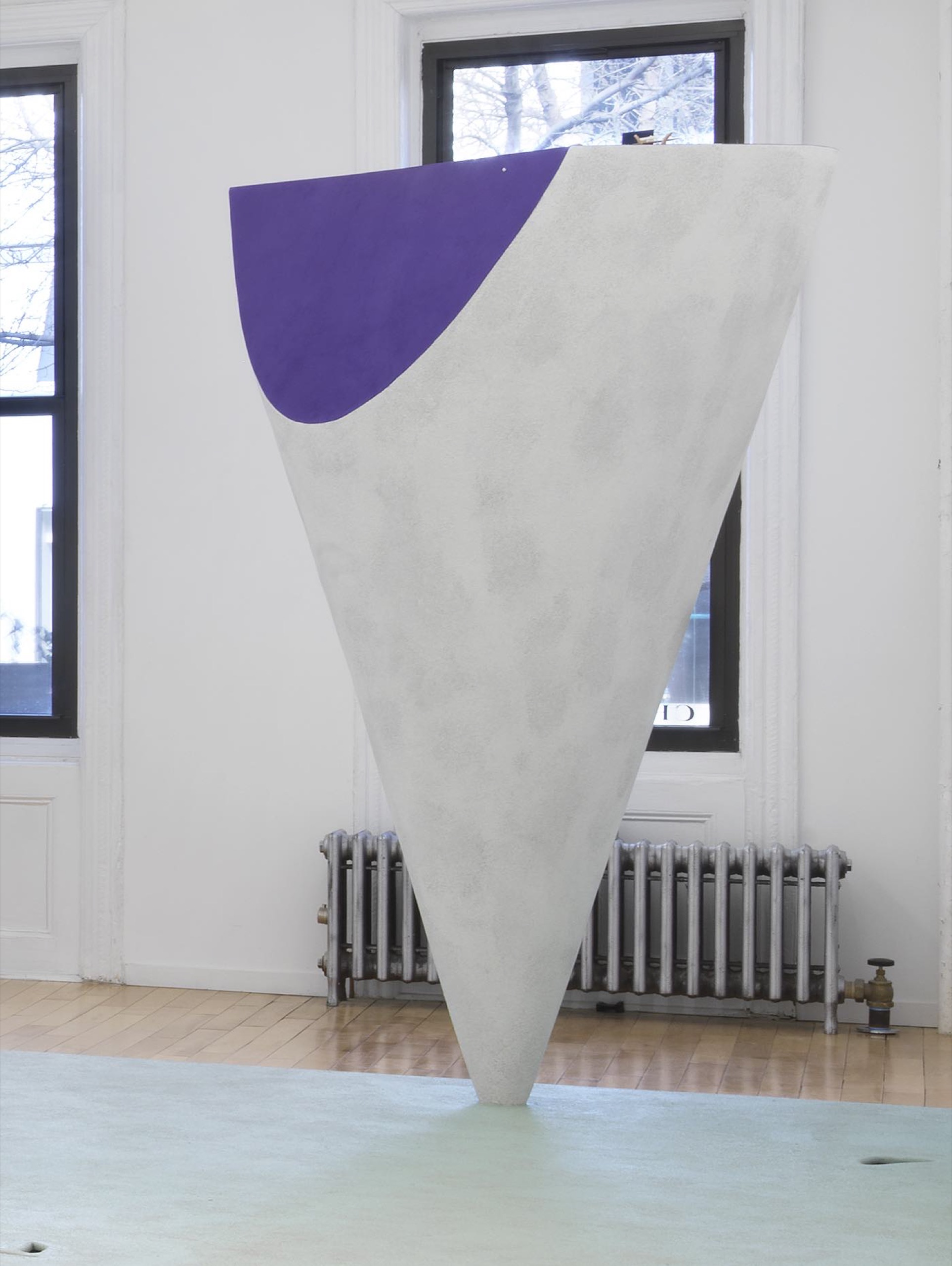 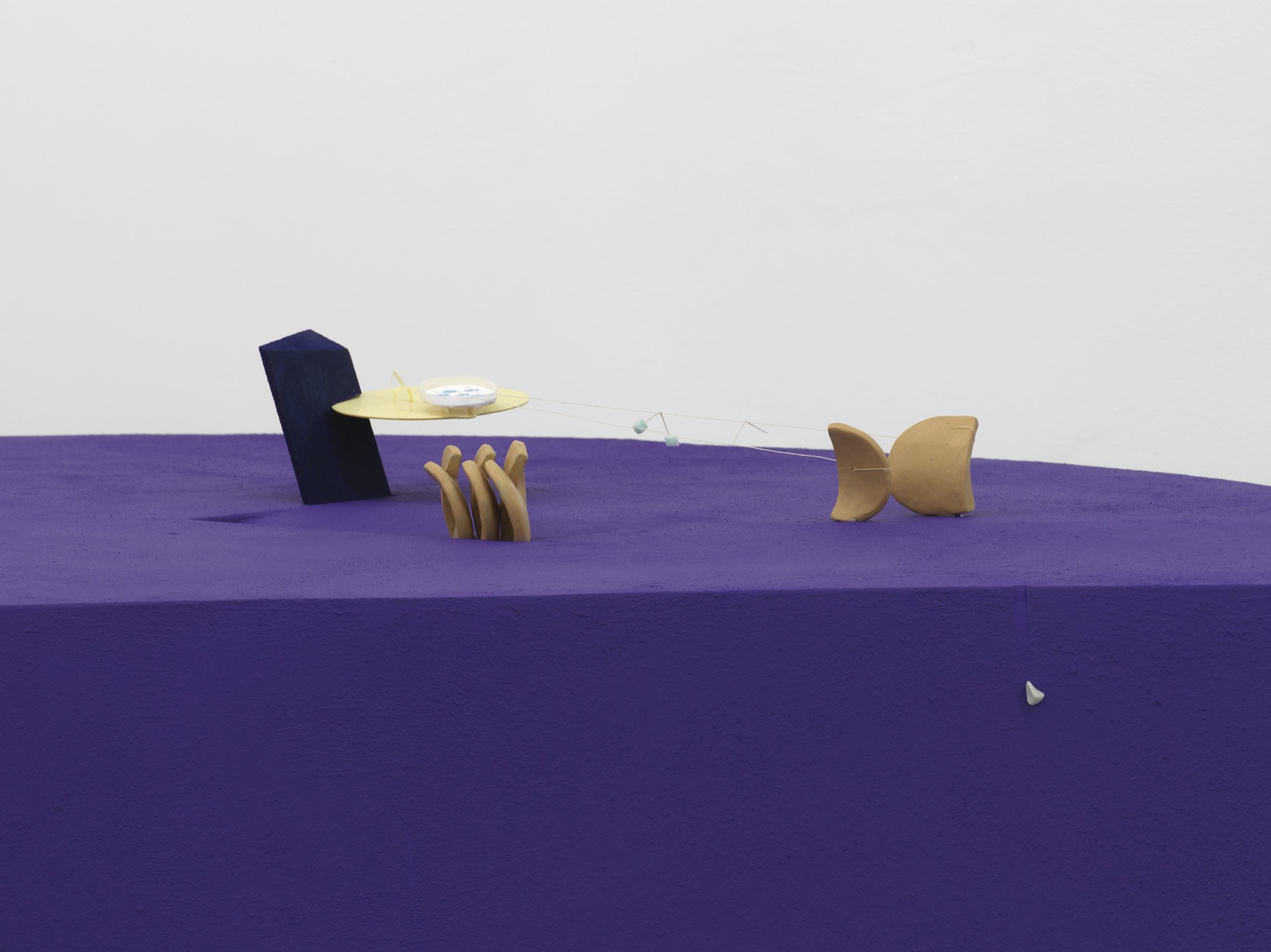 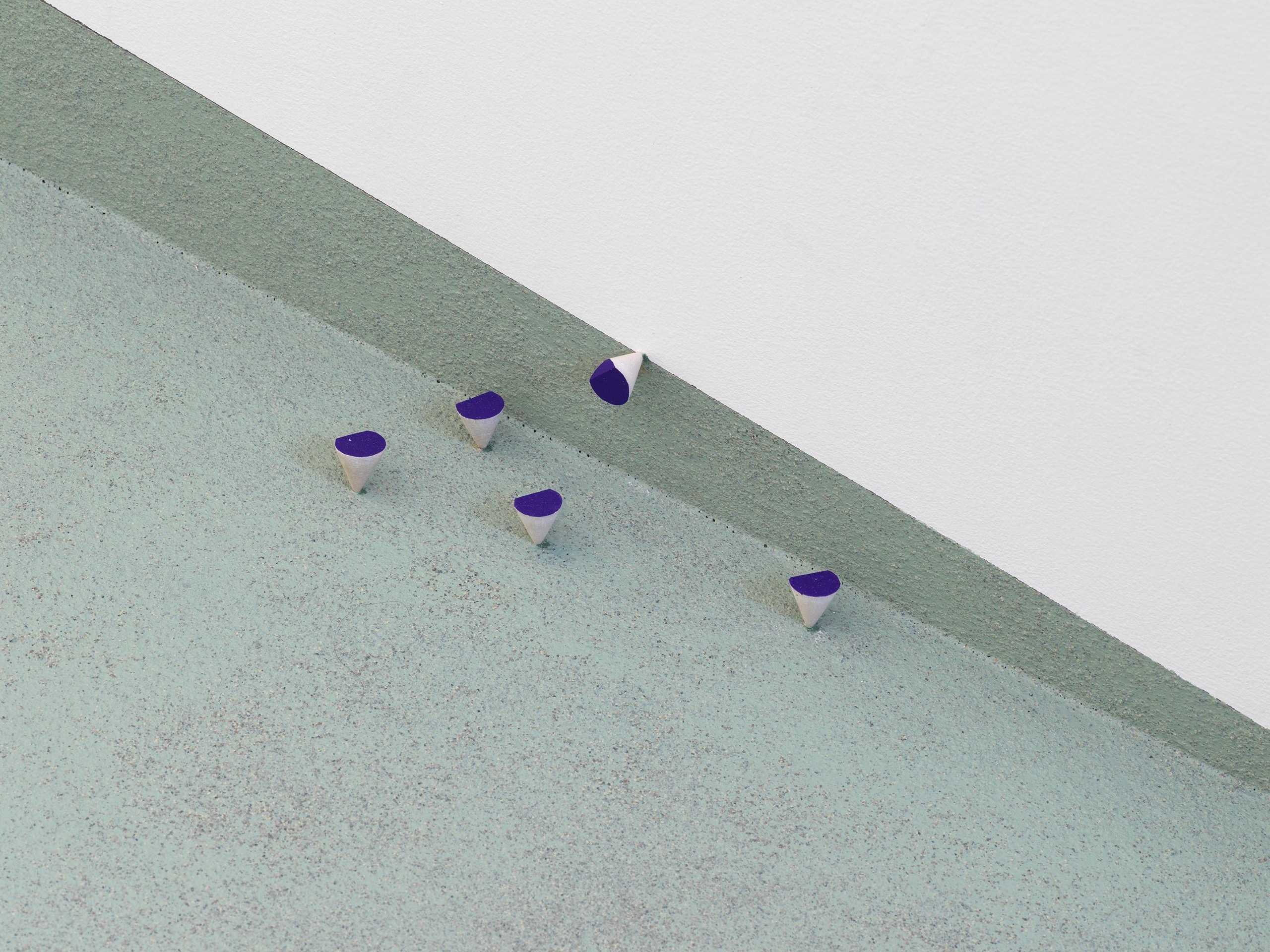 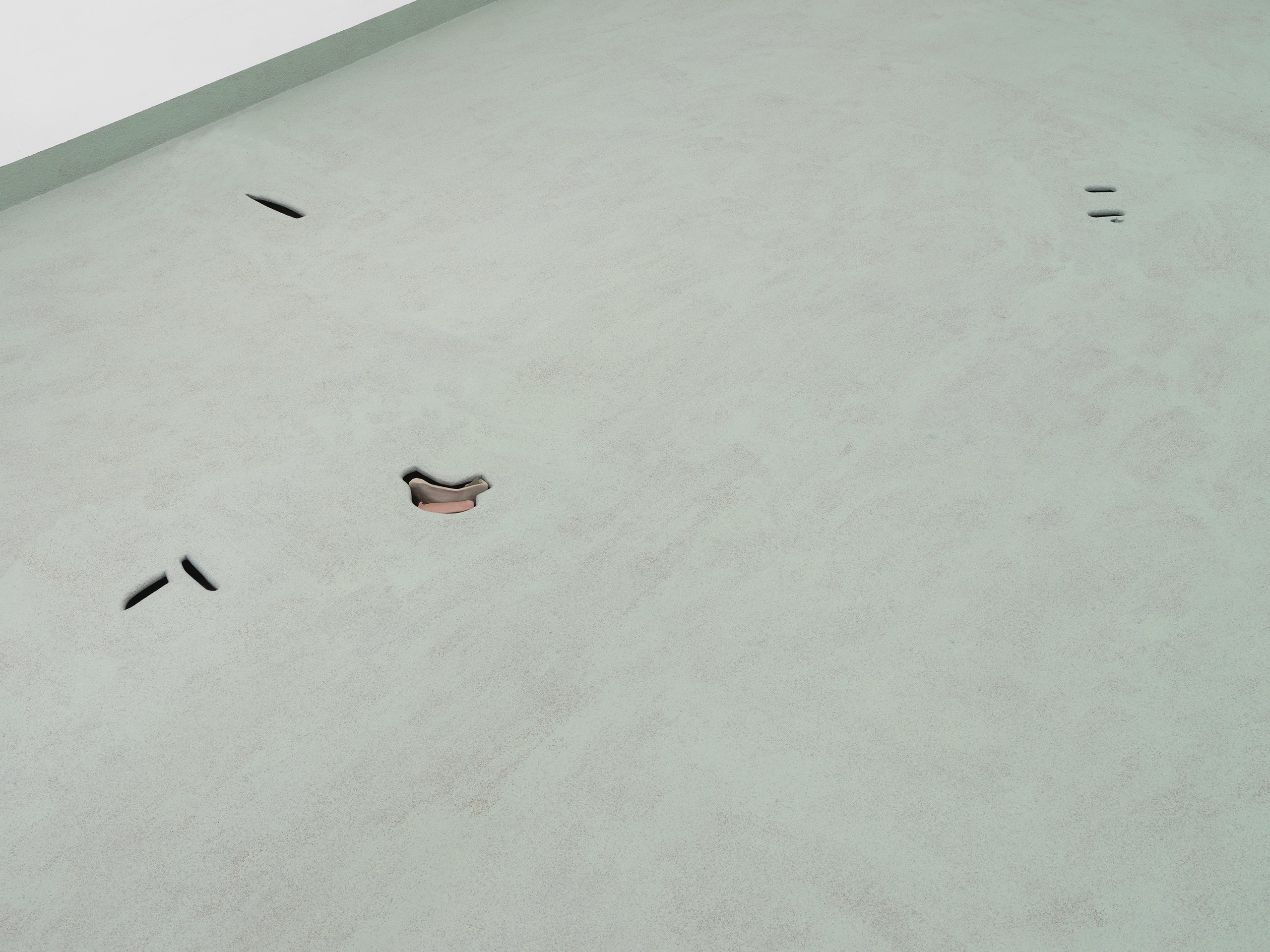 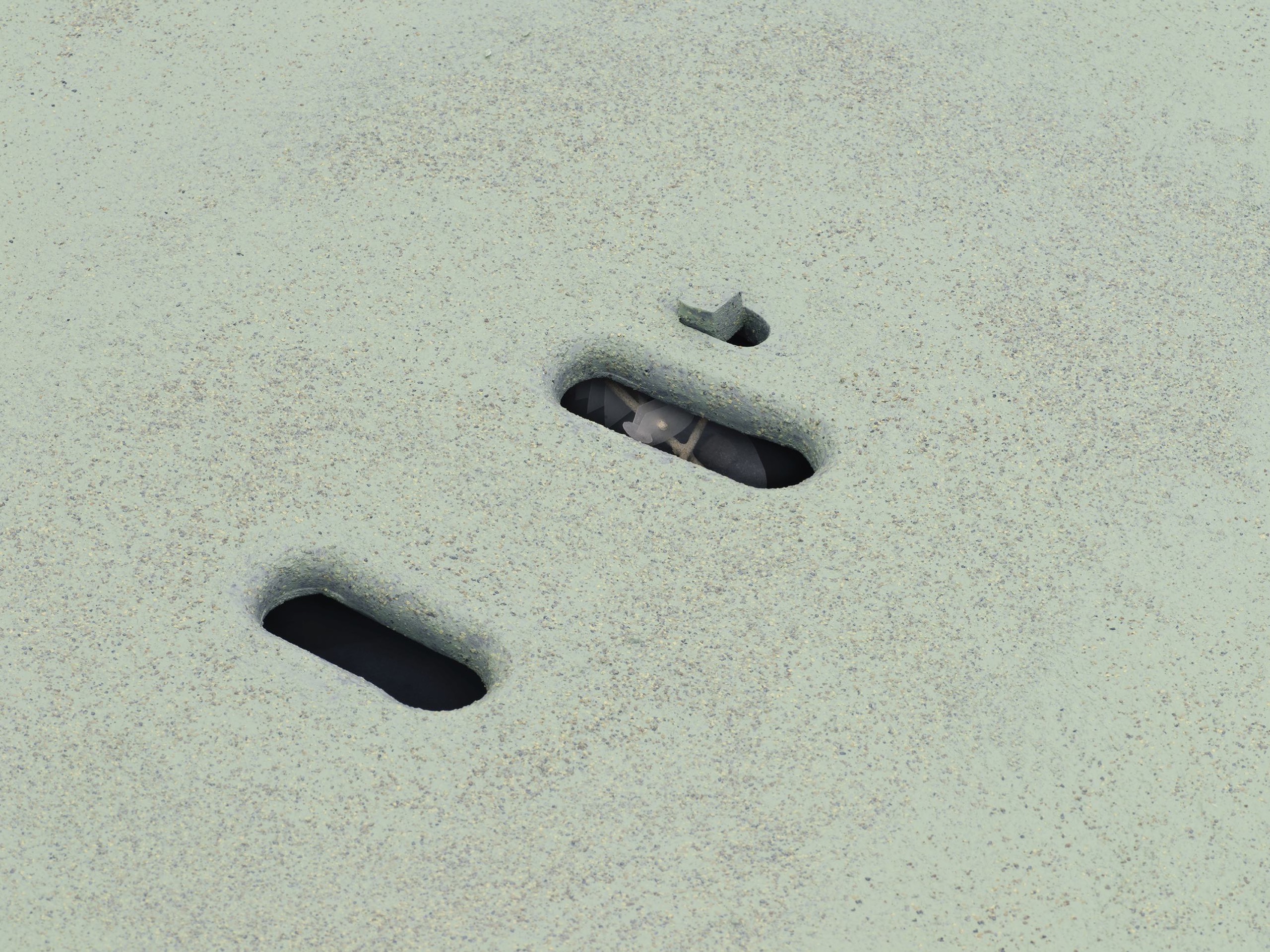 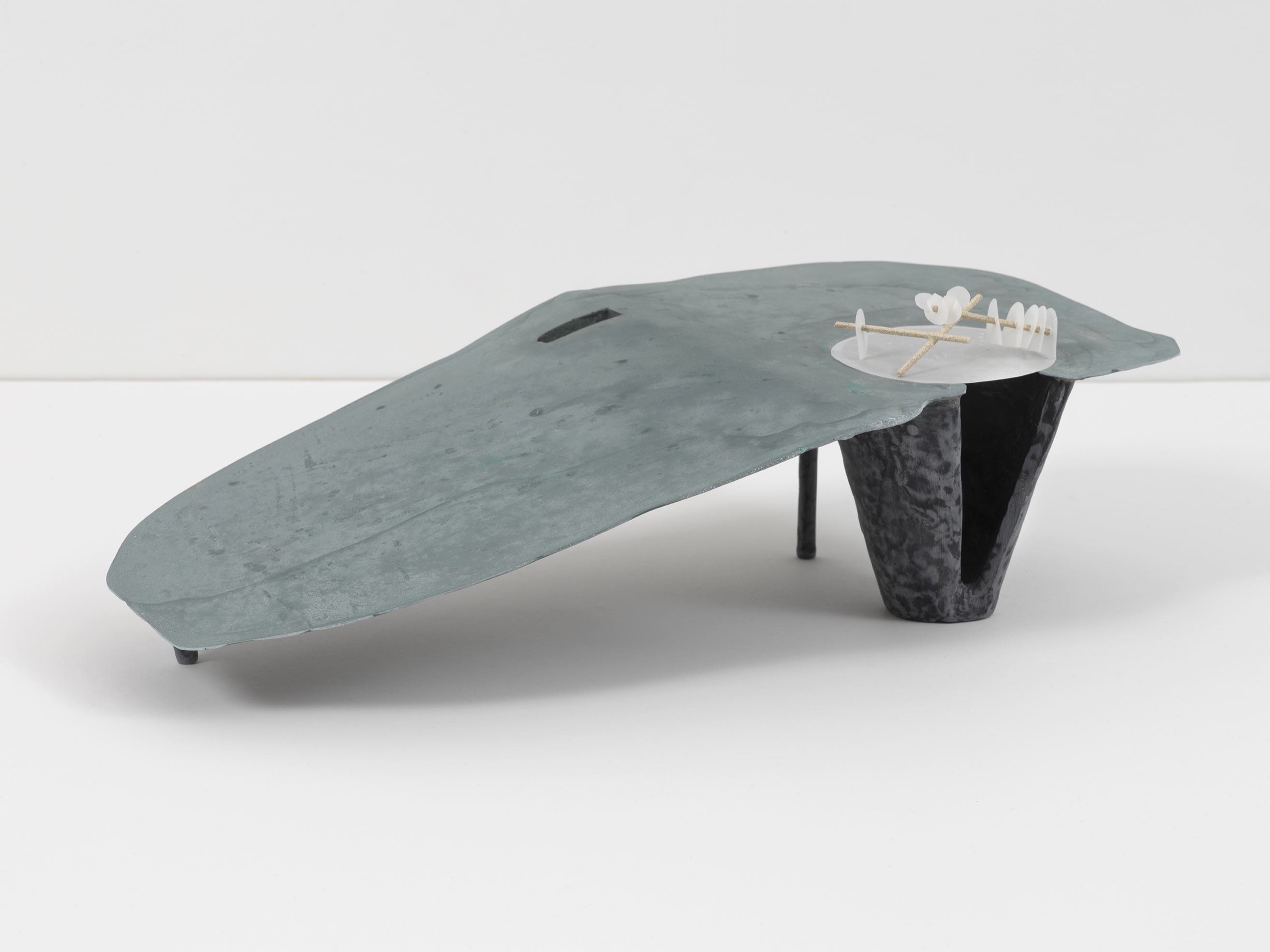 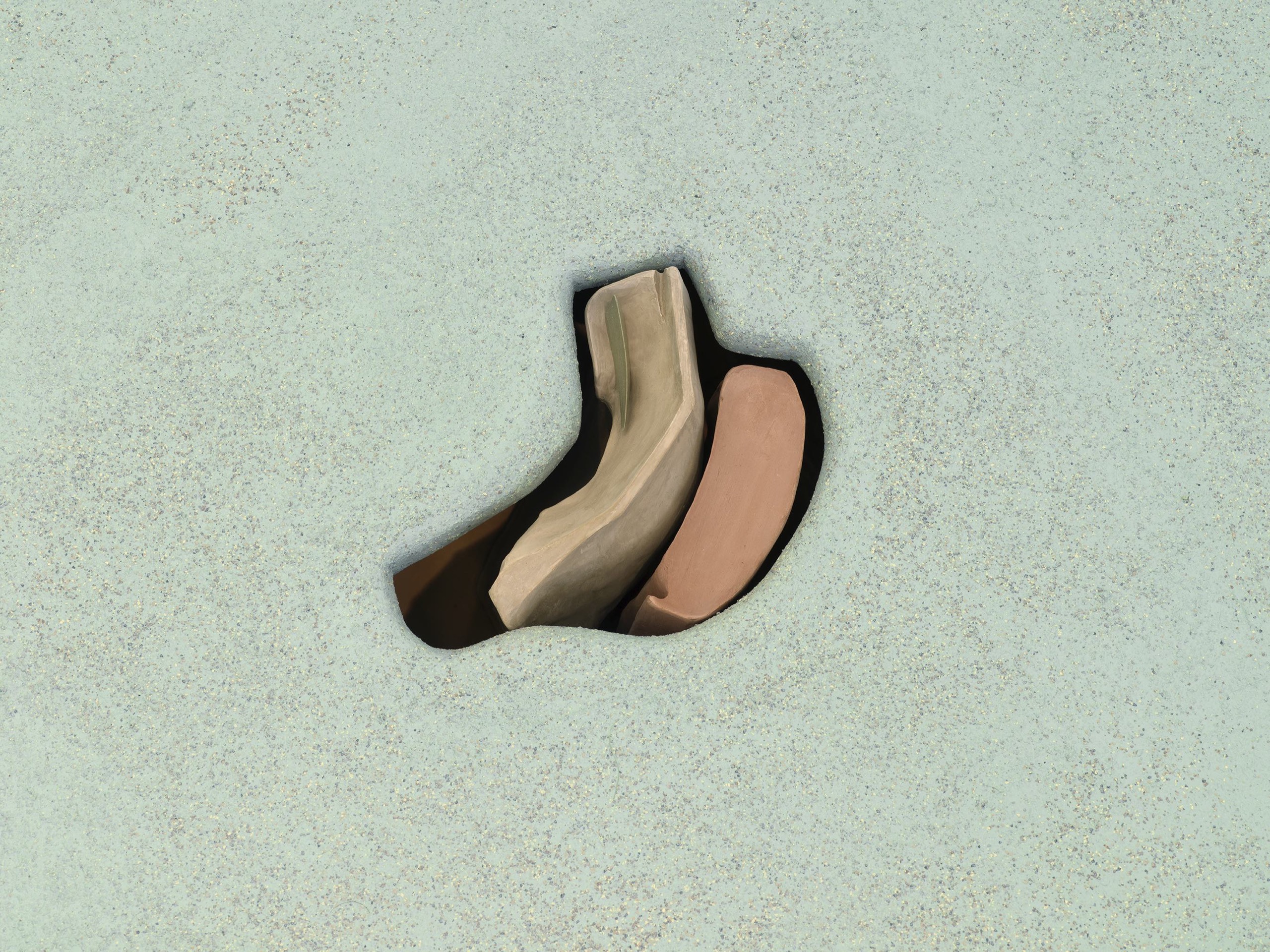 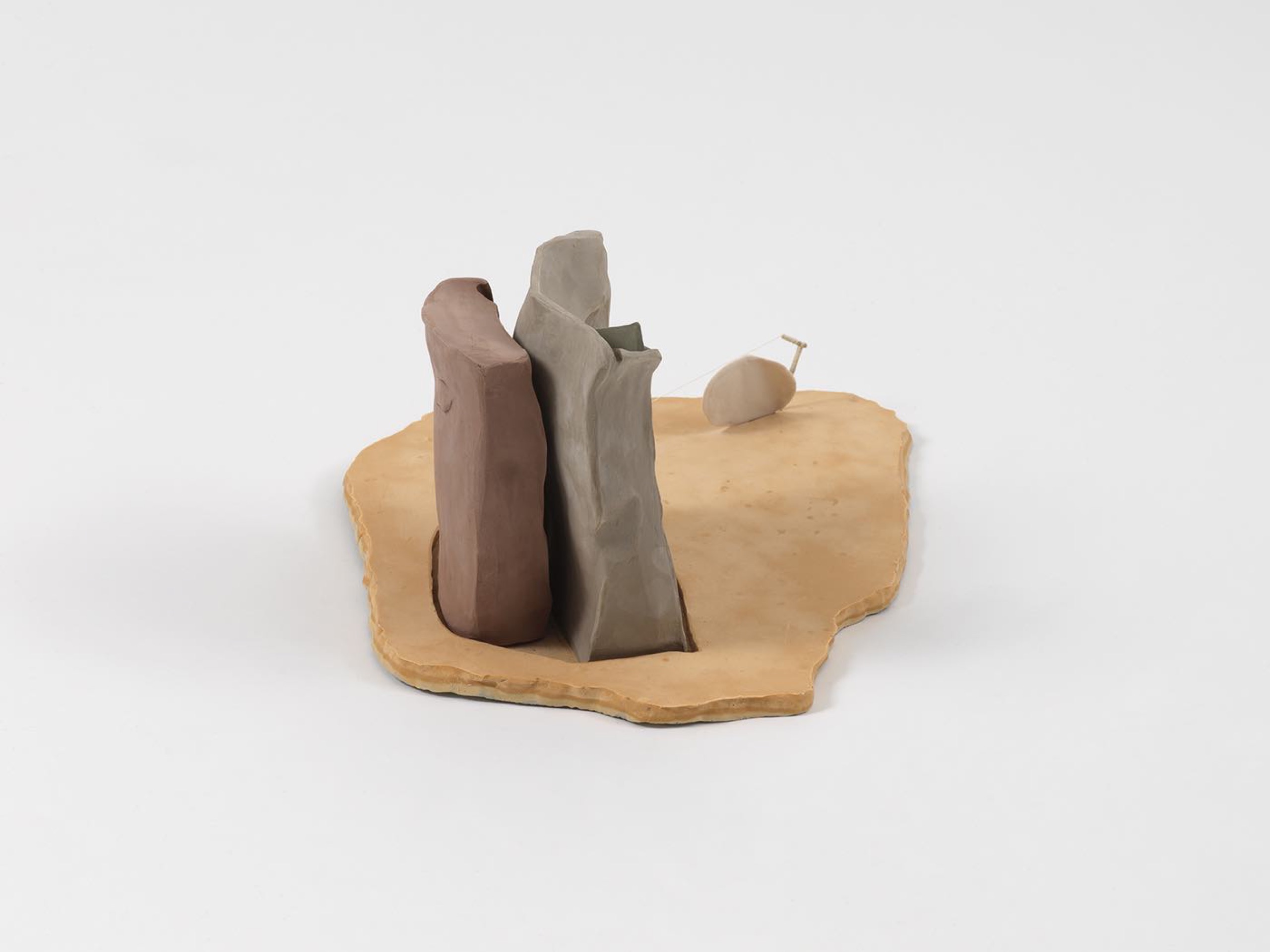 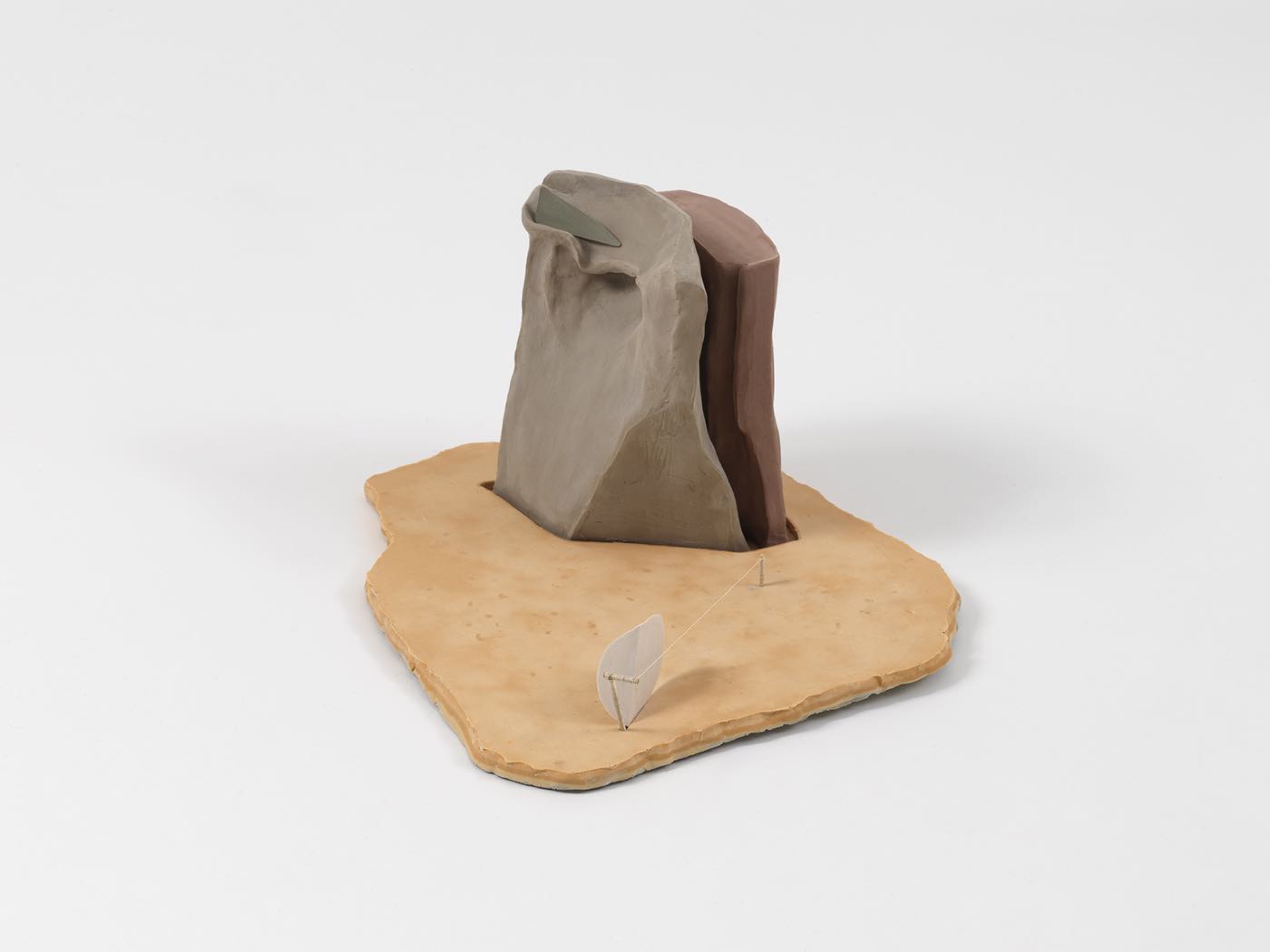 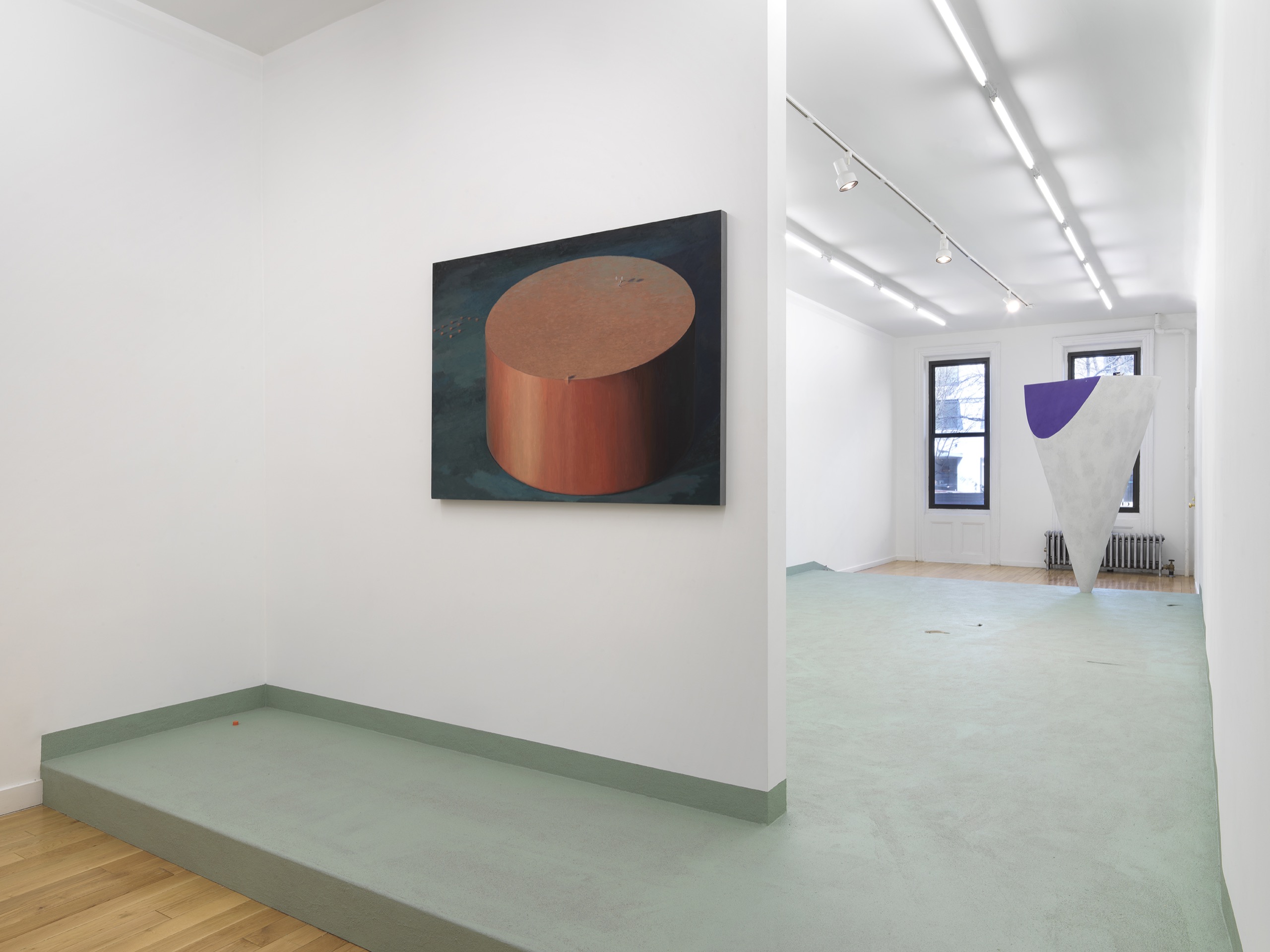 In comet without a tail, Zhong builds a metaphysical space, one that operates across imagined dimensions. A raised floor spans the exhibition space, reorienting the viewer's experience of the gallery. Beneath the floor, Zhong embeds a constellation of non-representational, idiosyncratic sculptures that carry out motions of slicing, reorganizing, and reconfiguring—simulating the perpetual splitting and merging at the particle level. Their forms are only partially visible through rounded slits in the floor’s surface, rejecting conventional modes of viewership and encouraging a tactile imagination.

Zhong’s practice is intrinsically speculative and propositional, influenced by an interest in astrophysics and quantum mechanics. With a trust in the unknown her activated objects, observed, observed happenings, and built environments evade logic and definition. Saturated with inconsistencies, her work reflects on the multivalence of subjective realities and sets up the conditions for alignment with the realities of others. Her world building mediates between the immaterial and the corporeal, remeasuring and reconfiguring senses of place, scale, and being.

Throughout the exhibition, the artist embraces polarities that defy logic. The deviation preset in her works and their arrangements tune to the unstable nature of the universe. A monumental, inverted conical sculpture at the front of the installation contrasts a nearby grouping of conical miniatures. Tiny, intricate elements rest atop the large sculpture’s otherwise minimal form— almost, but not fully, out of view. In placing her work beyond total perception, Zhong creates a speculative space. She denies the viewer's urge to point to what “is”, to draw connections, to make sense, to know, and instead, prompts them to consider what could be.