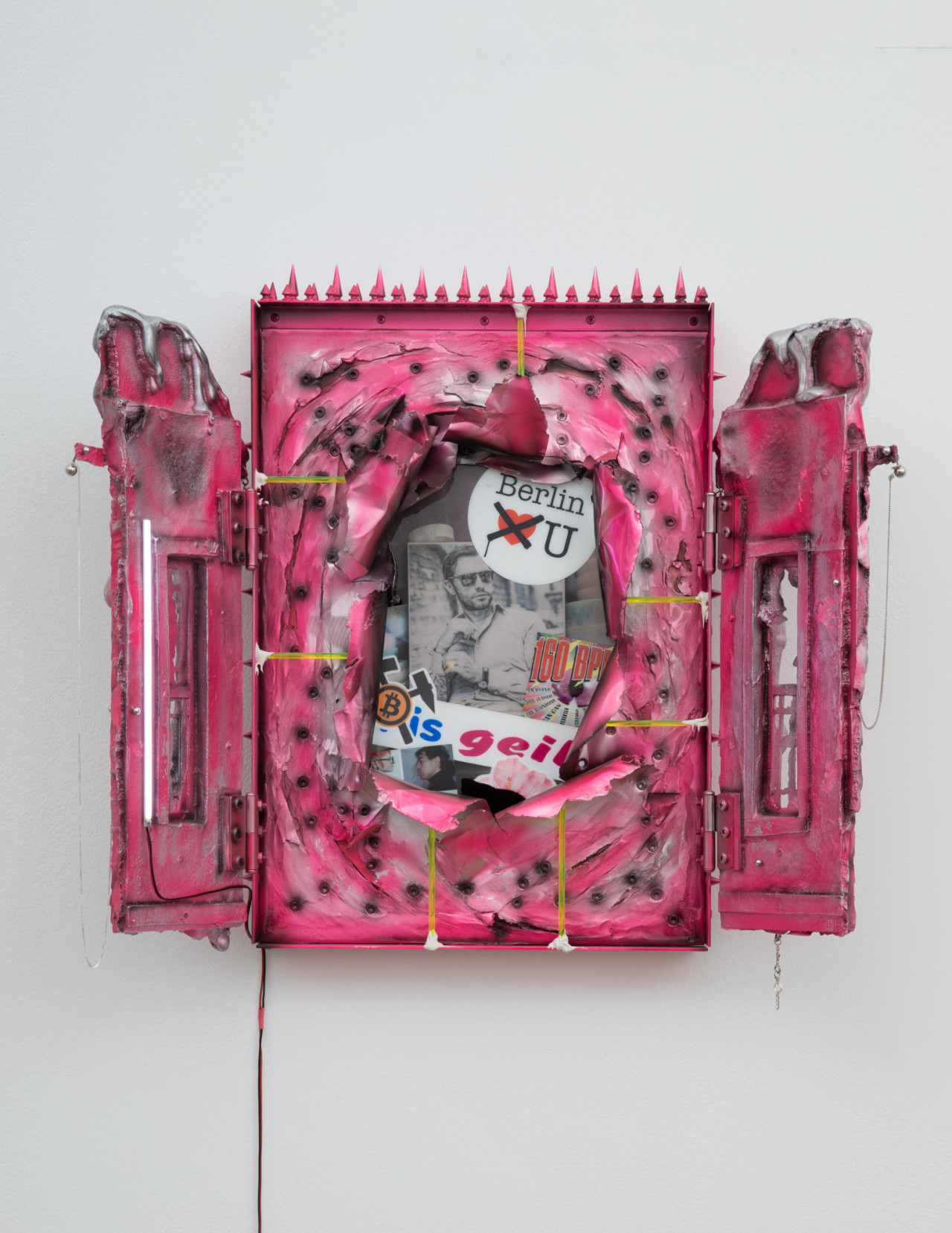 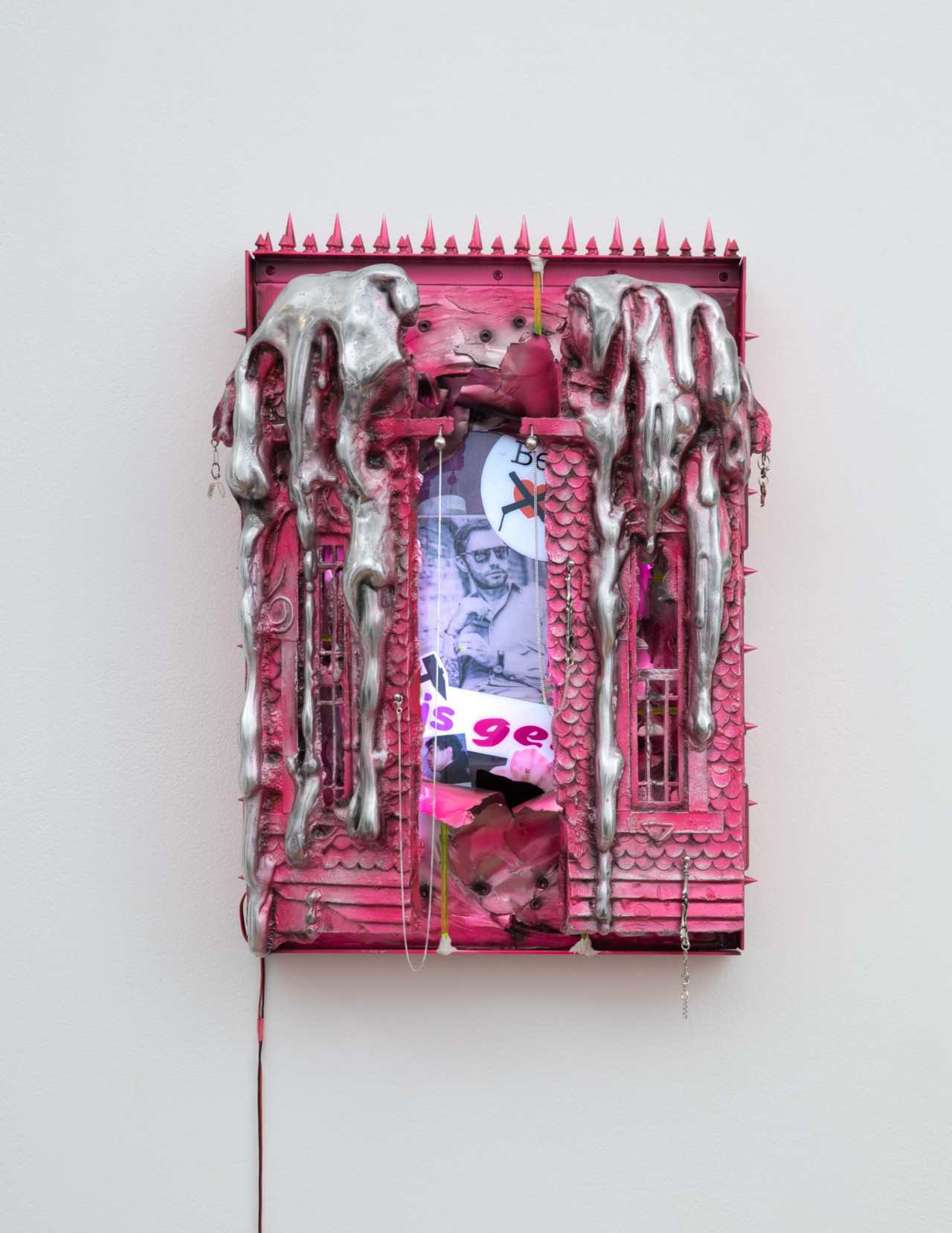 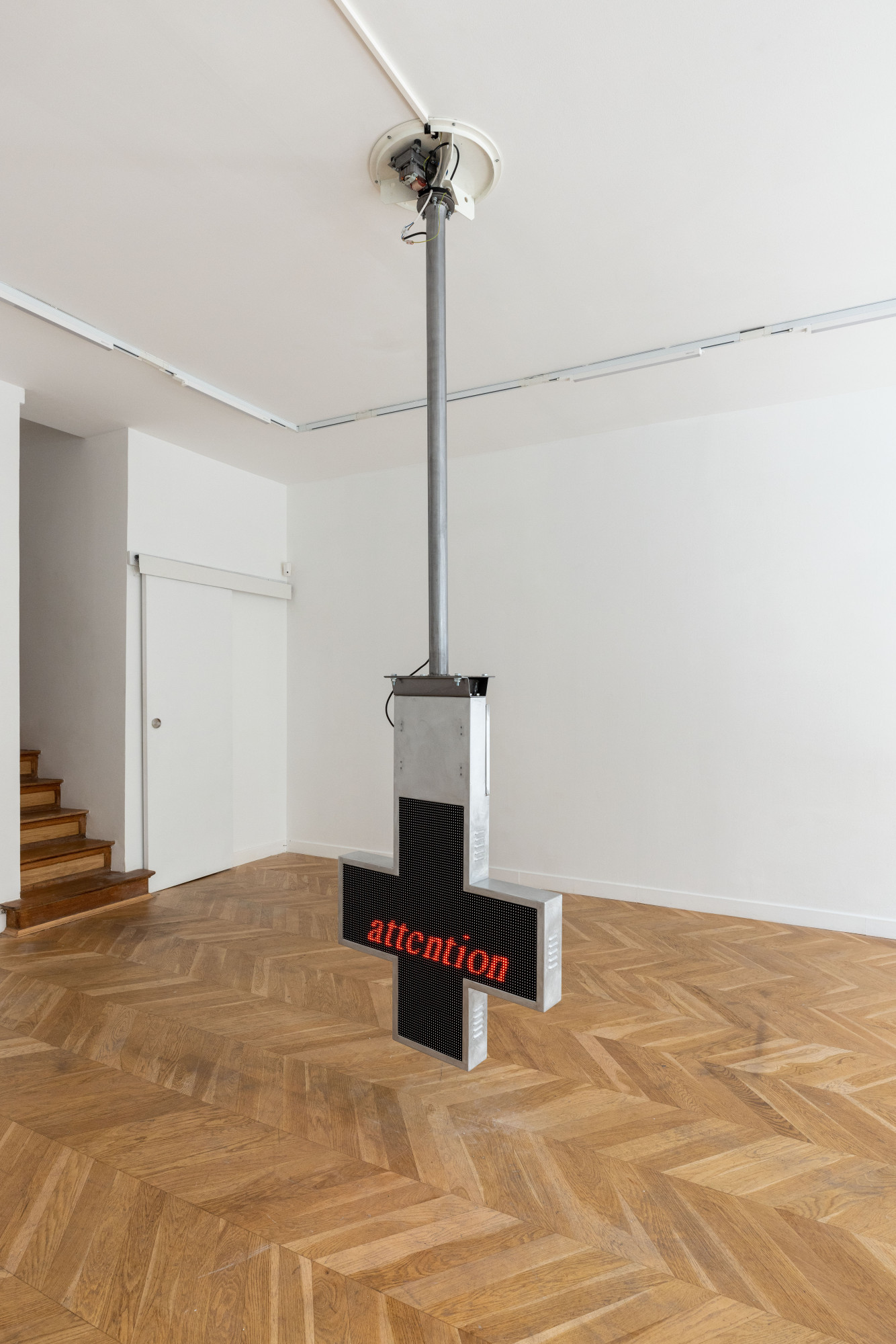 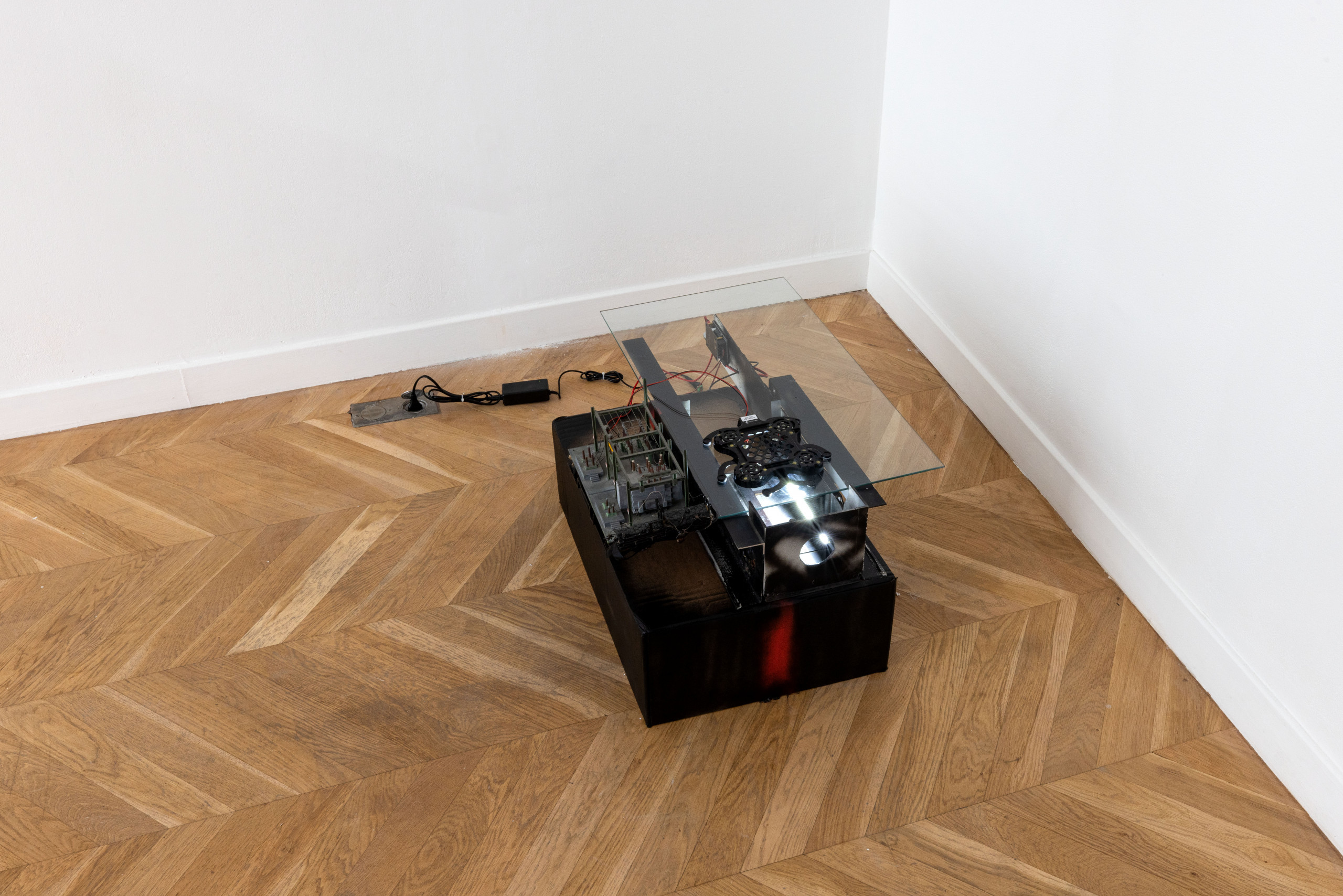 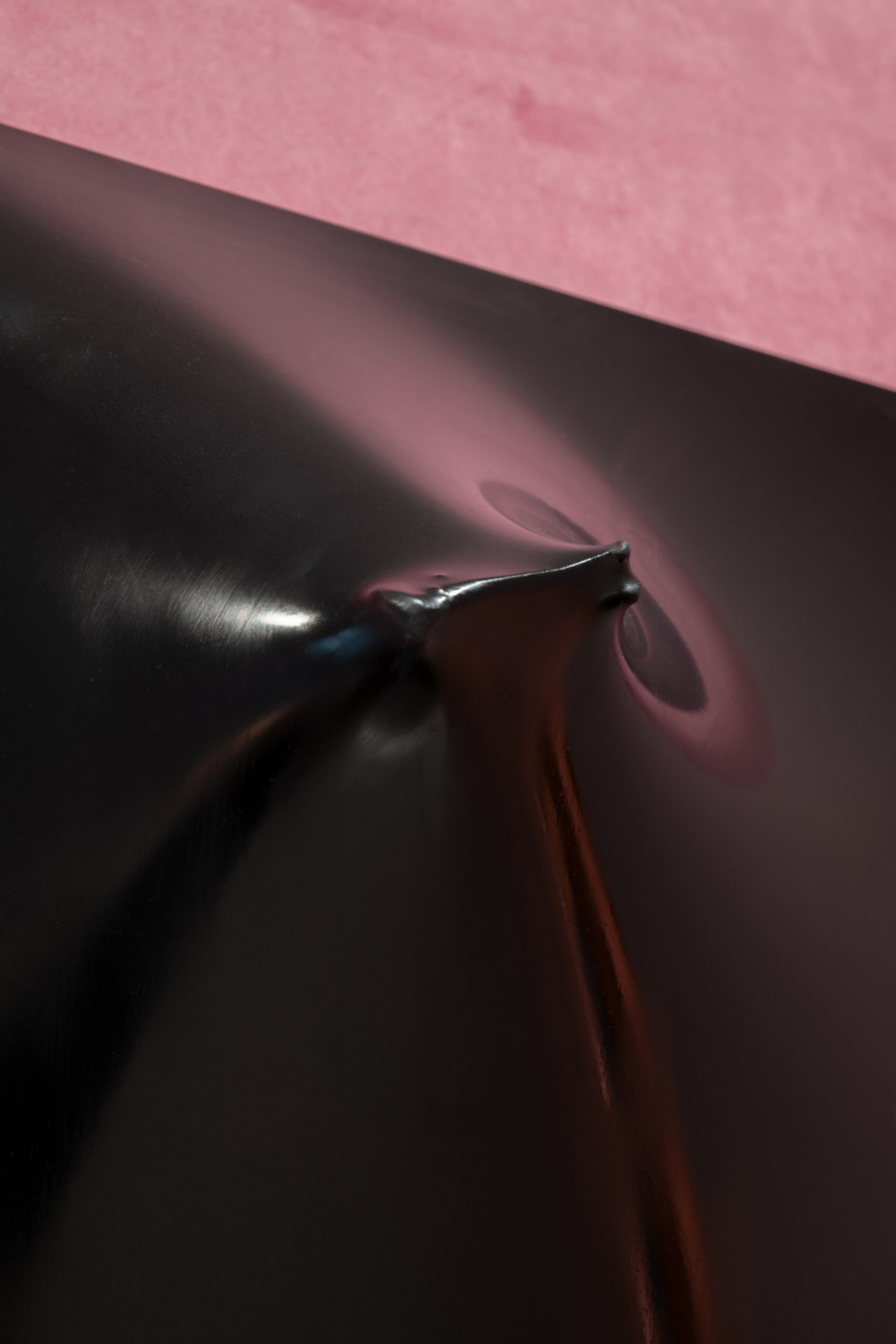 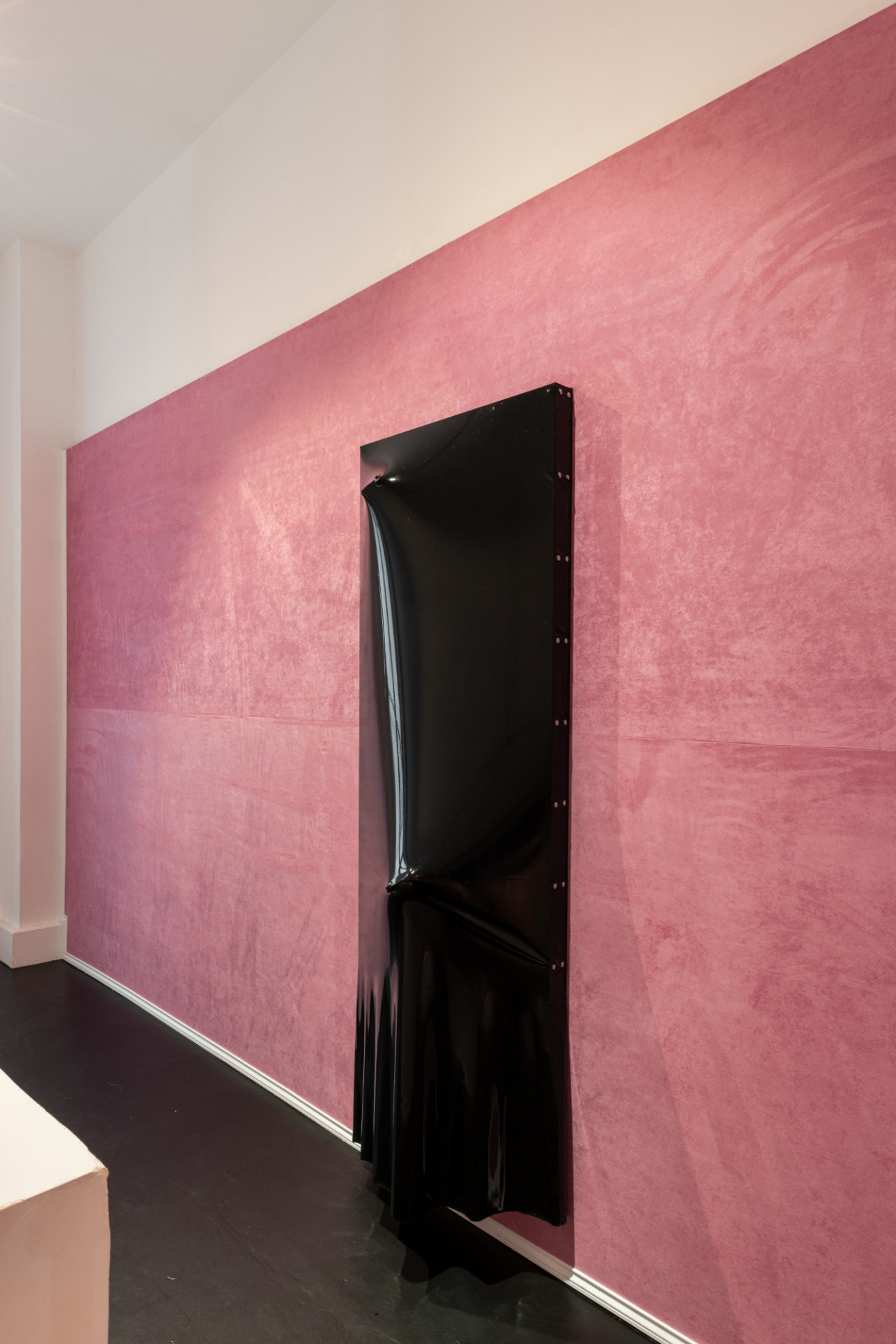 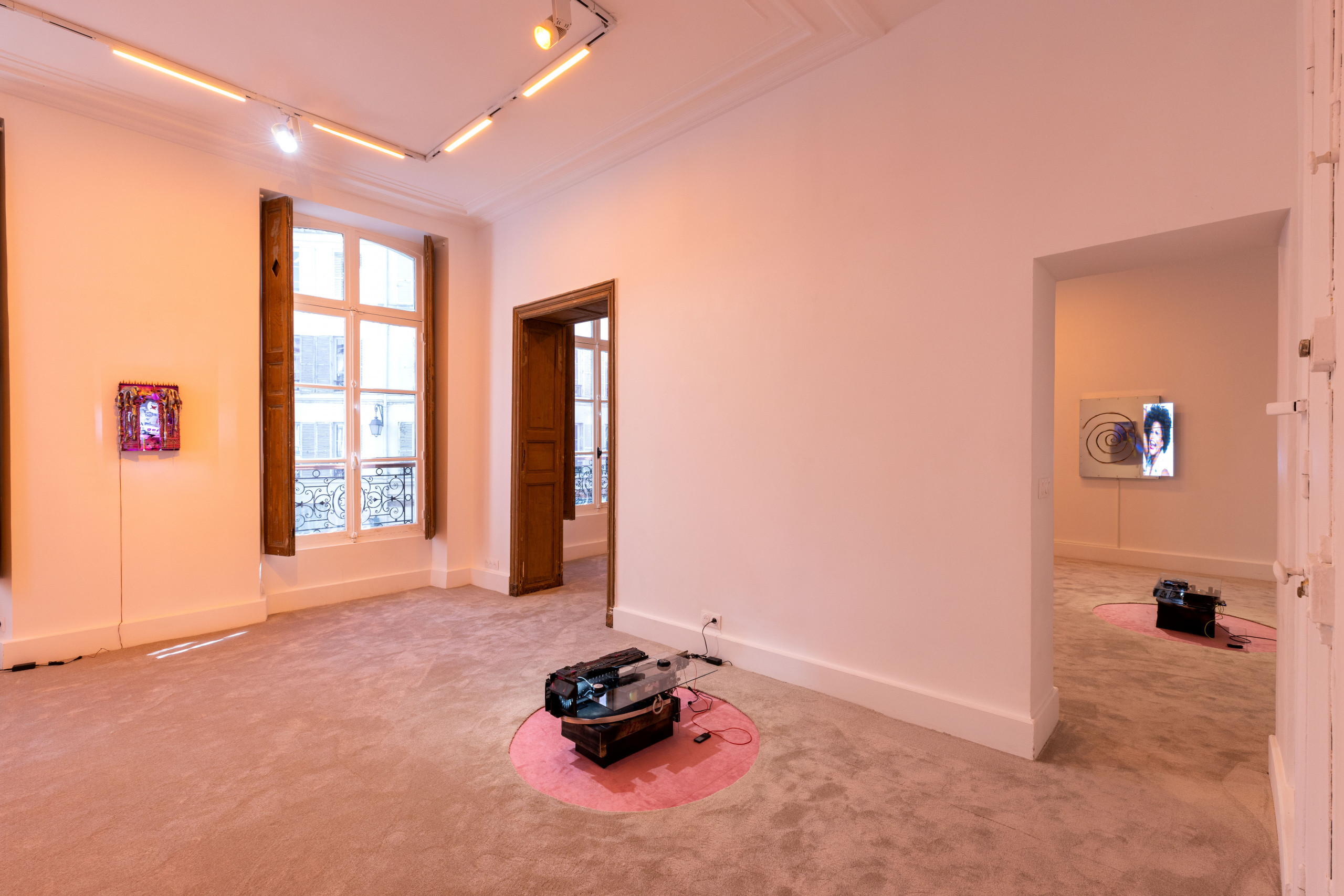 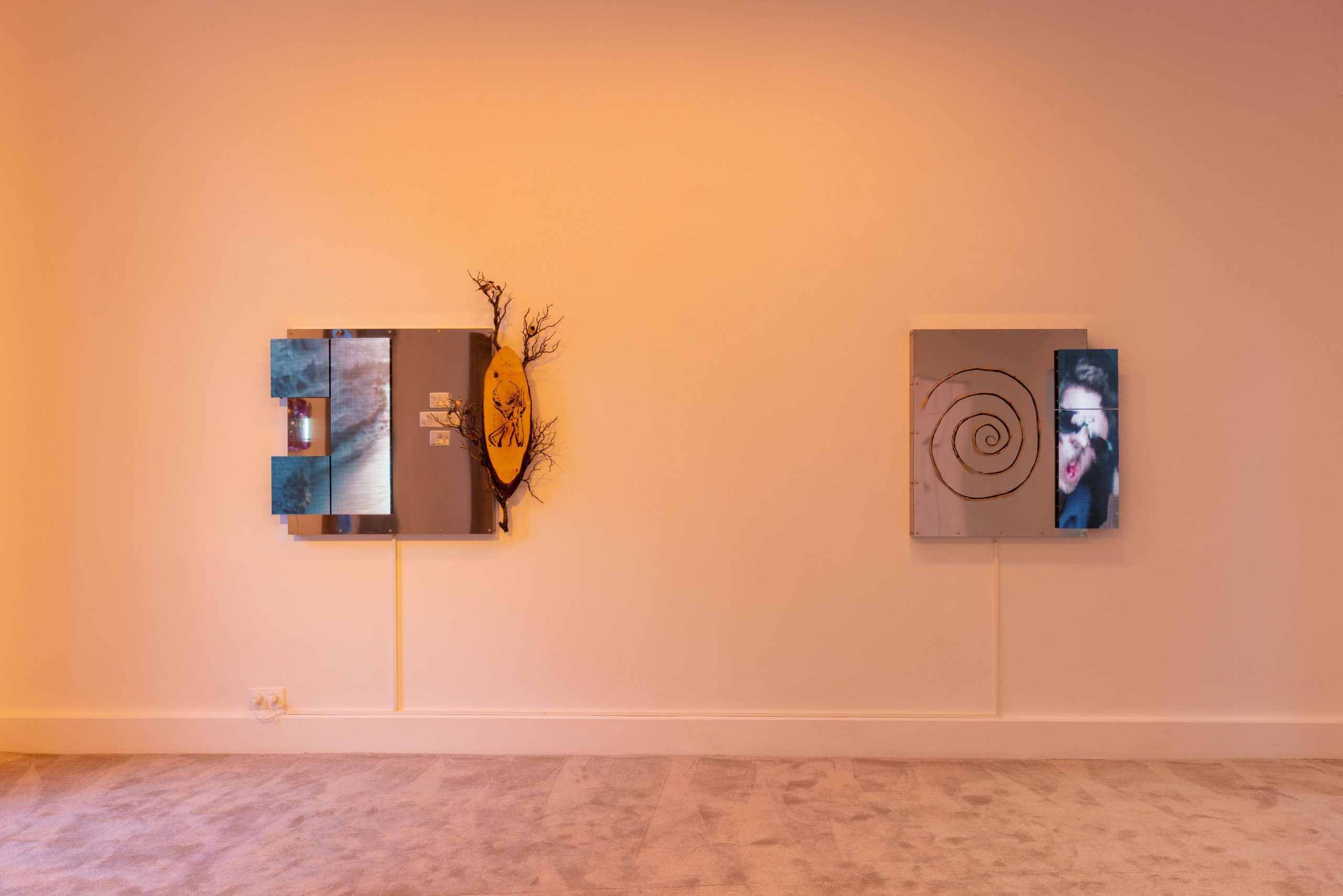 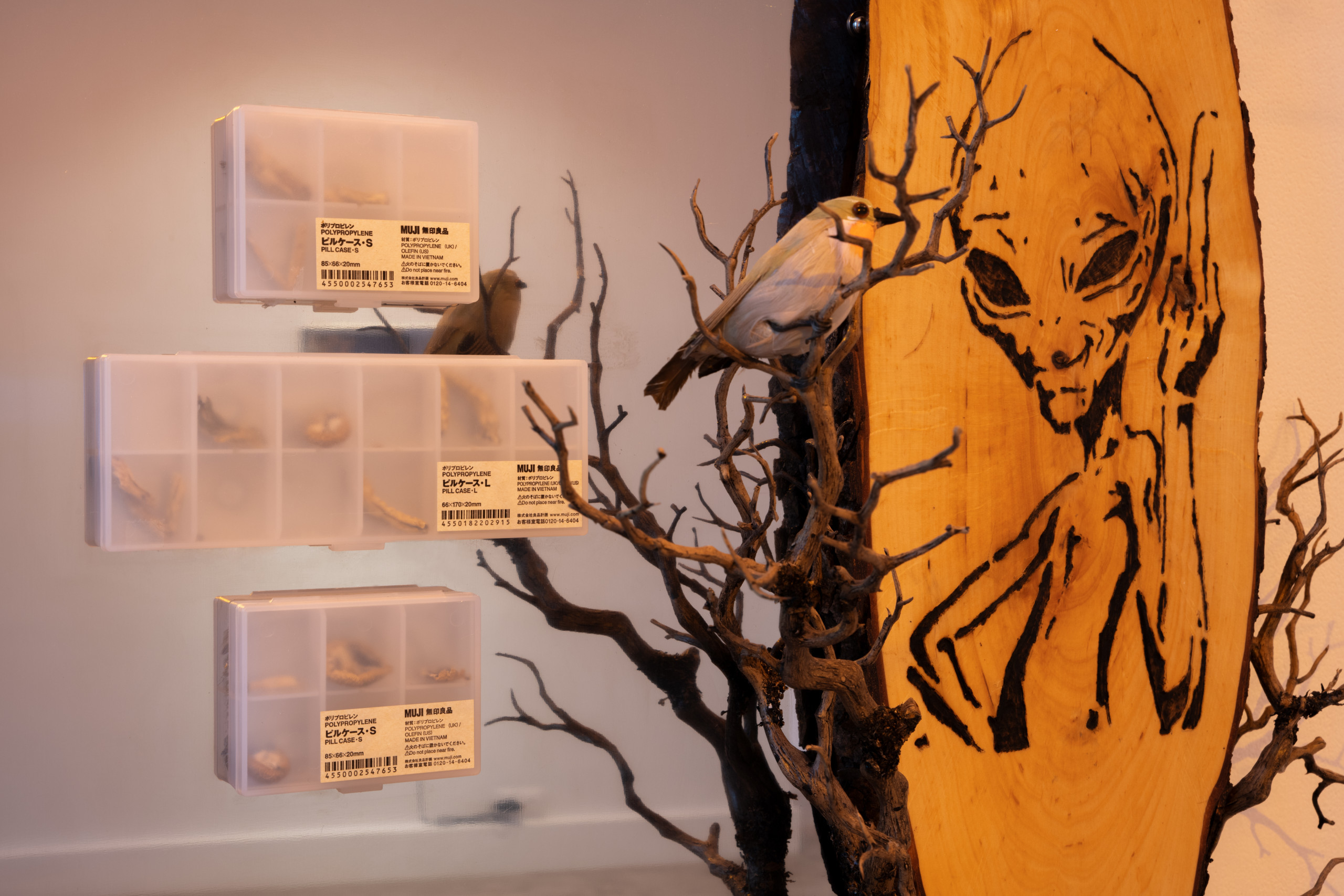 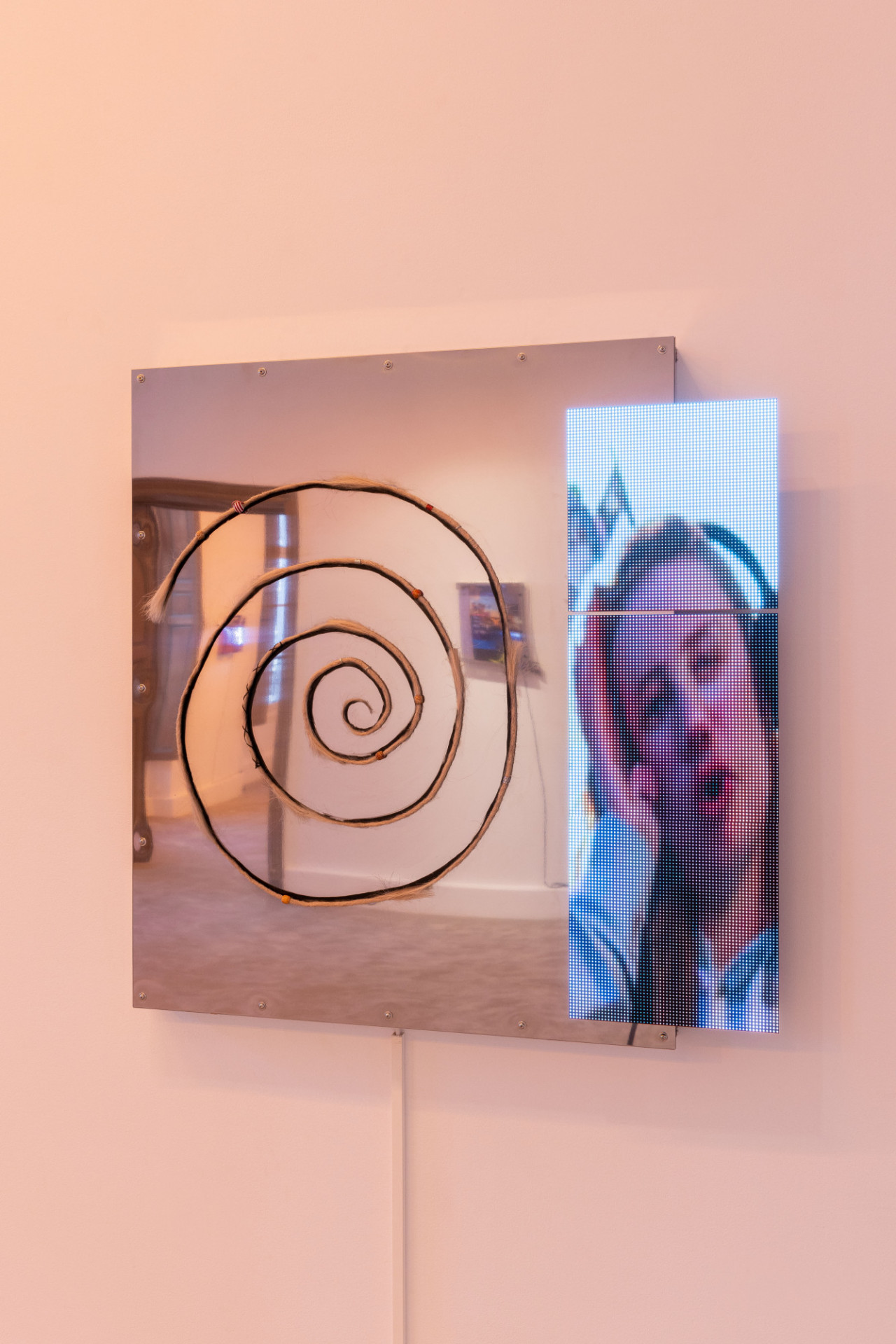 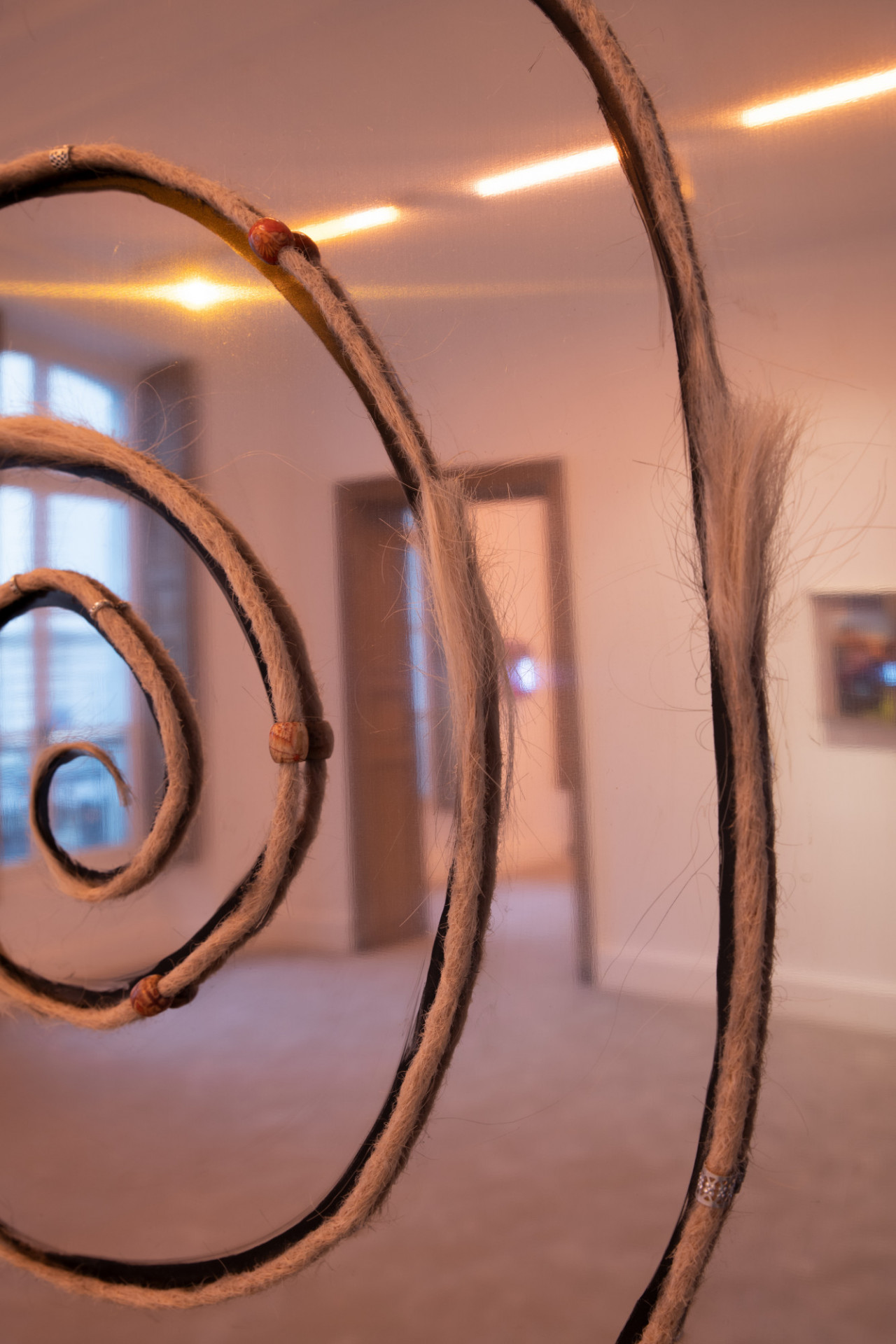 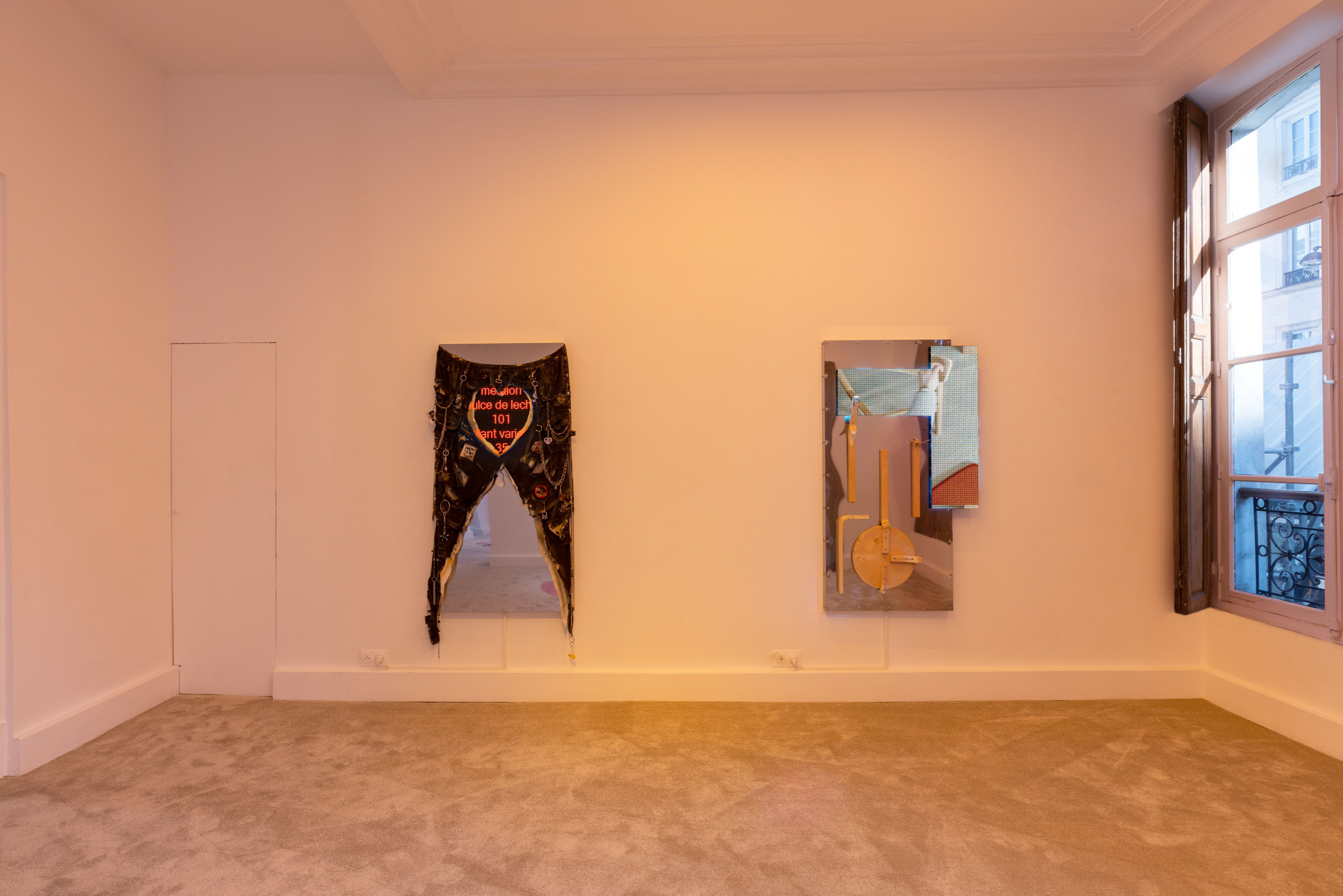 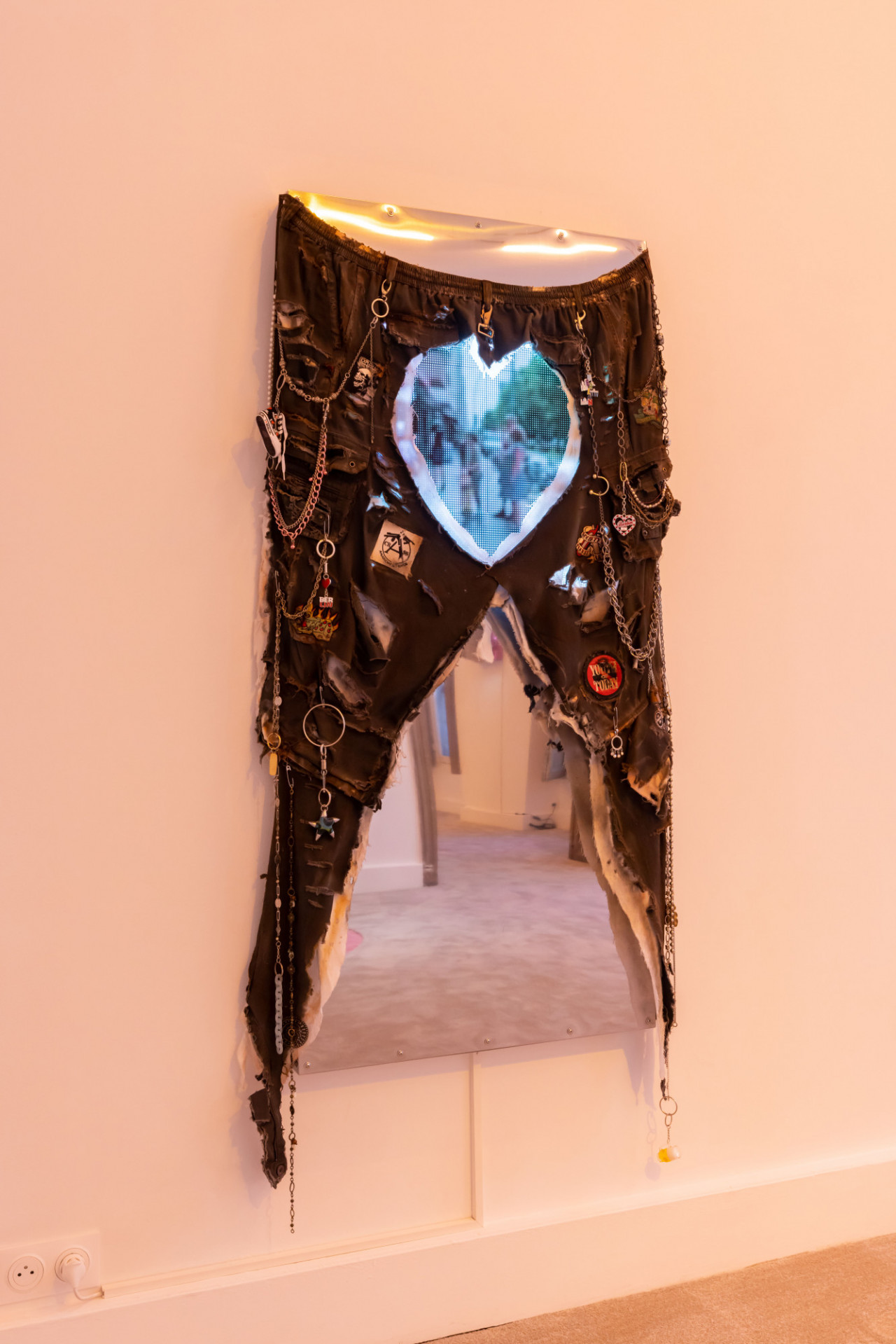 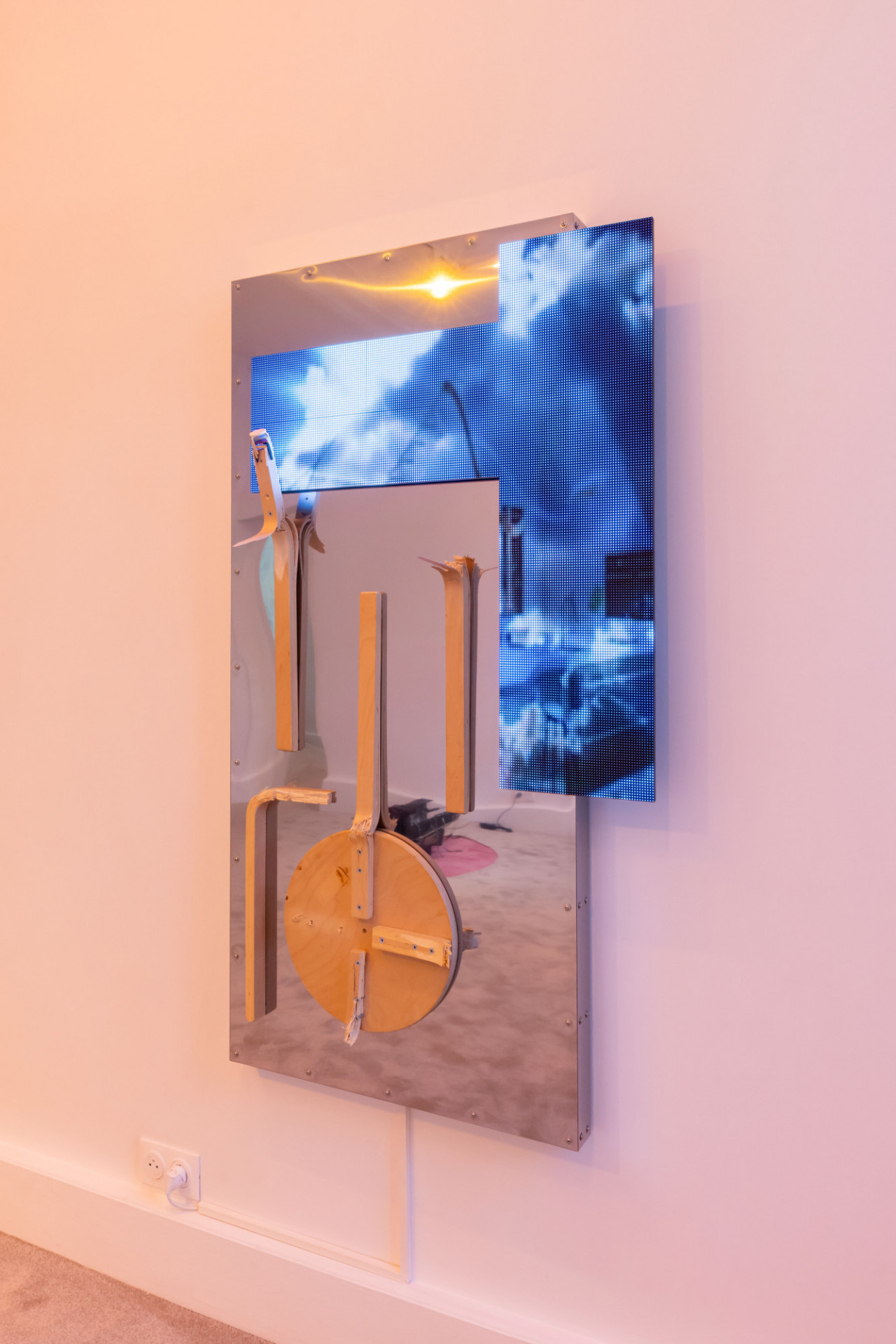 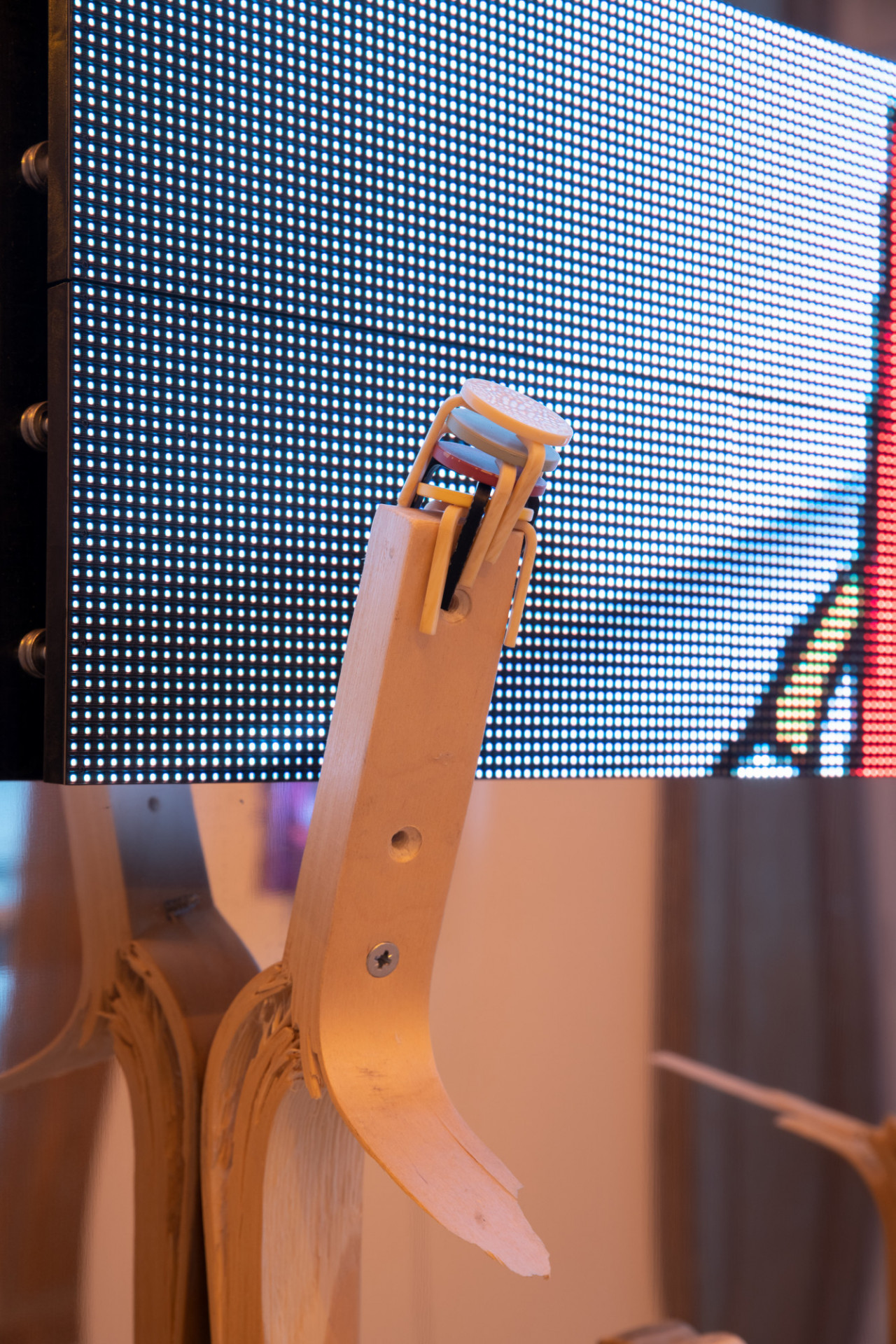 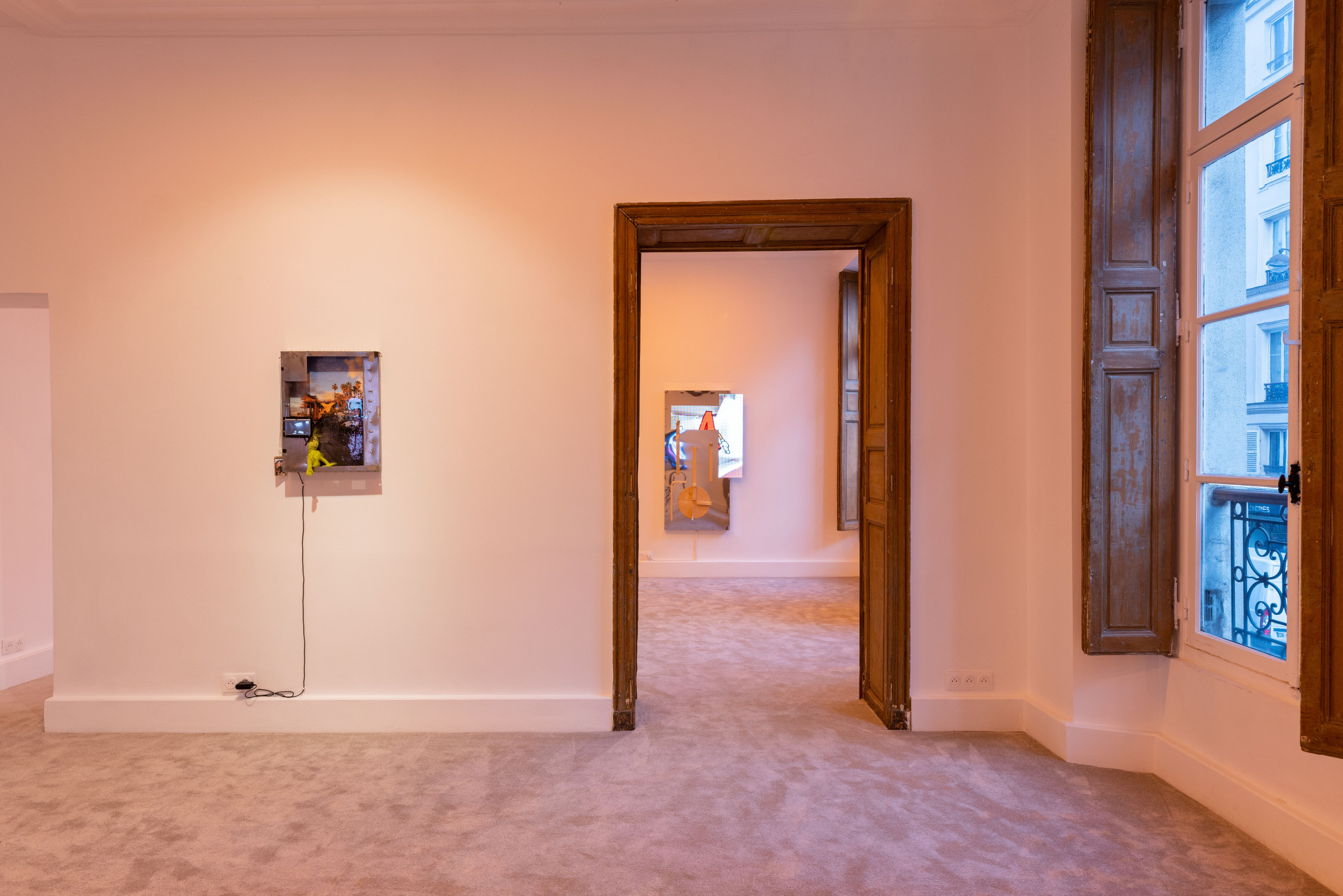 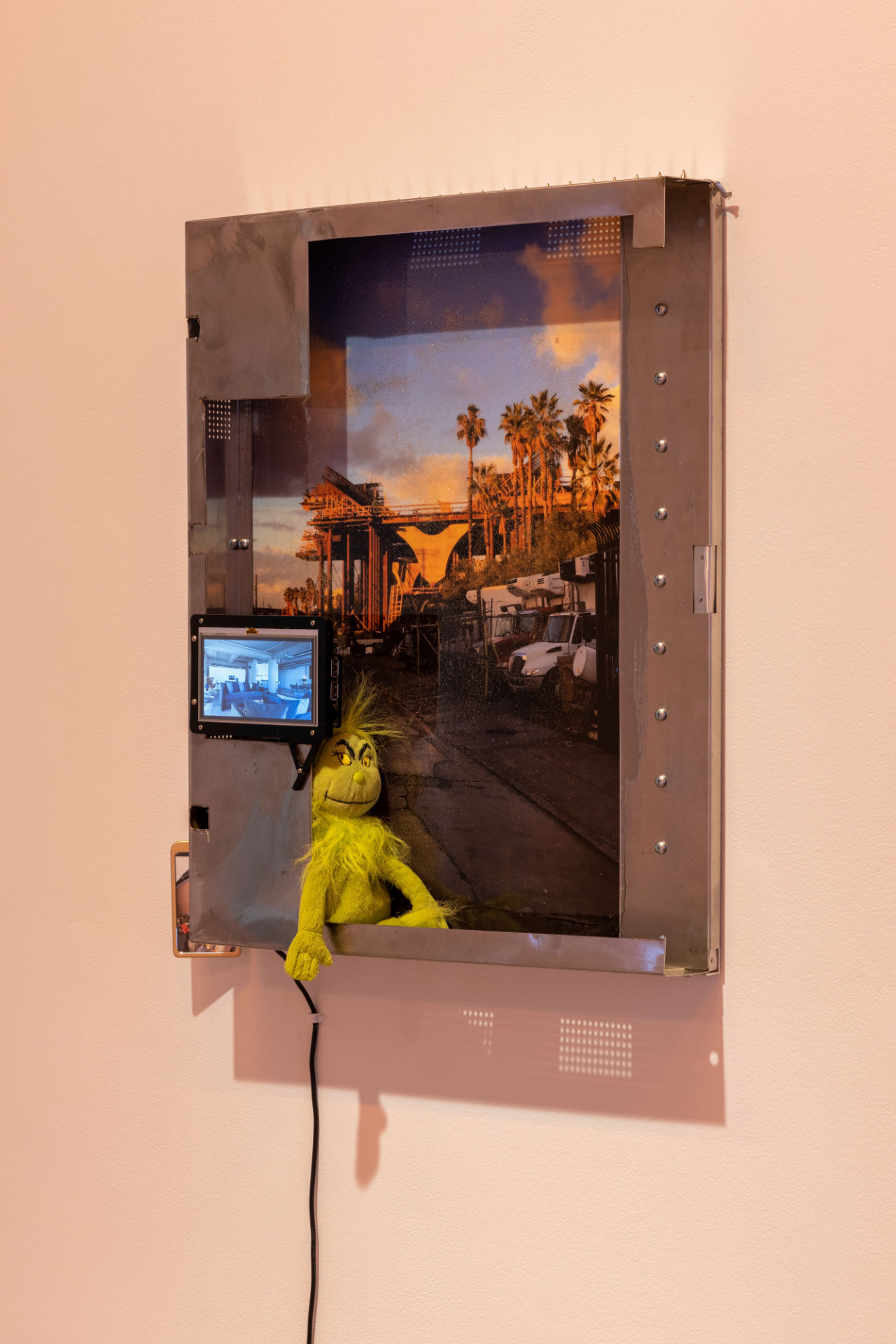 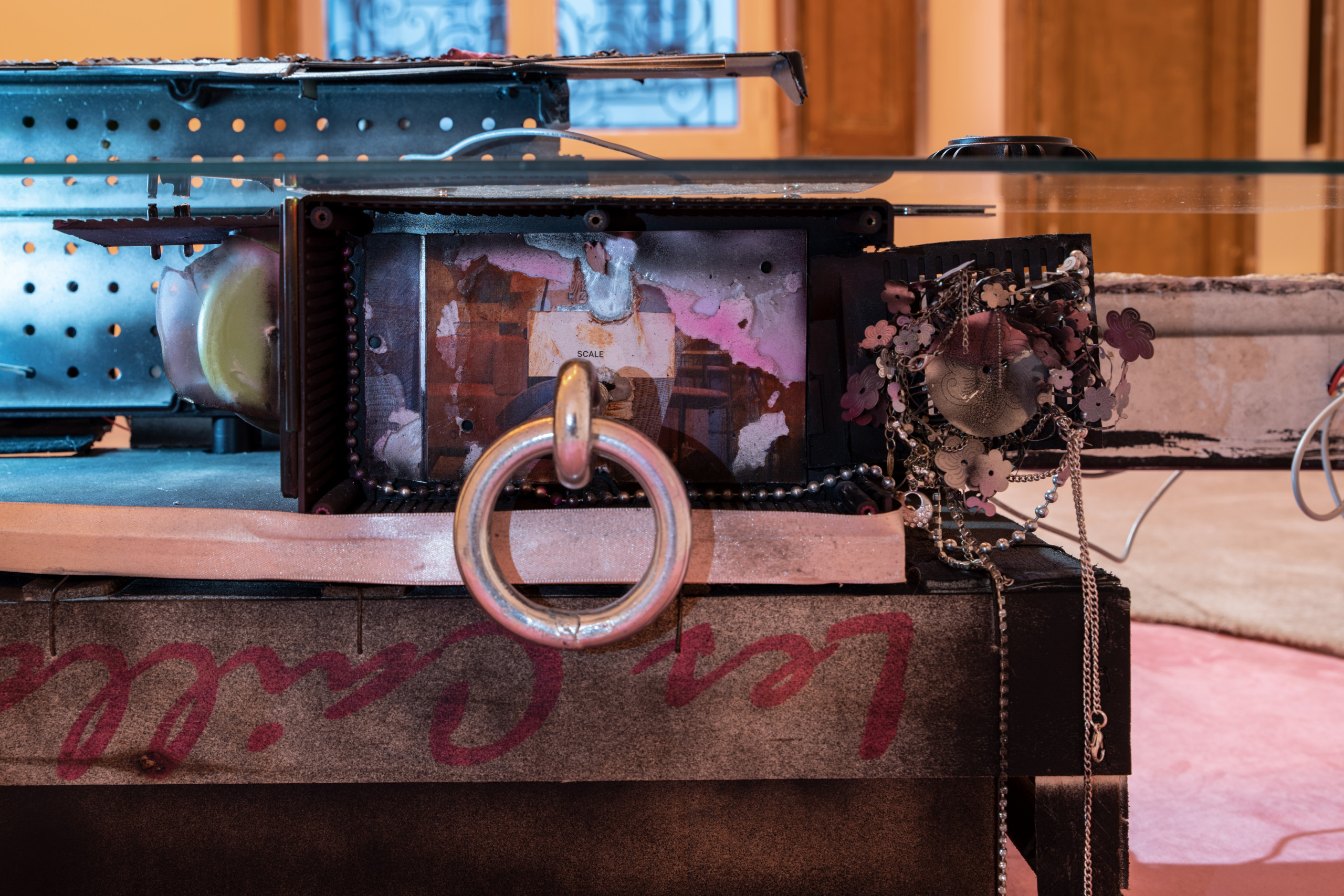 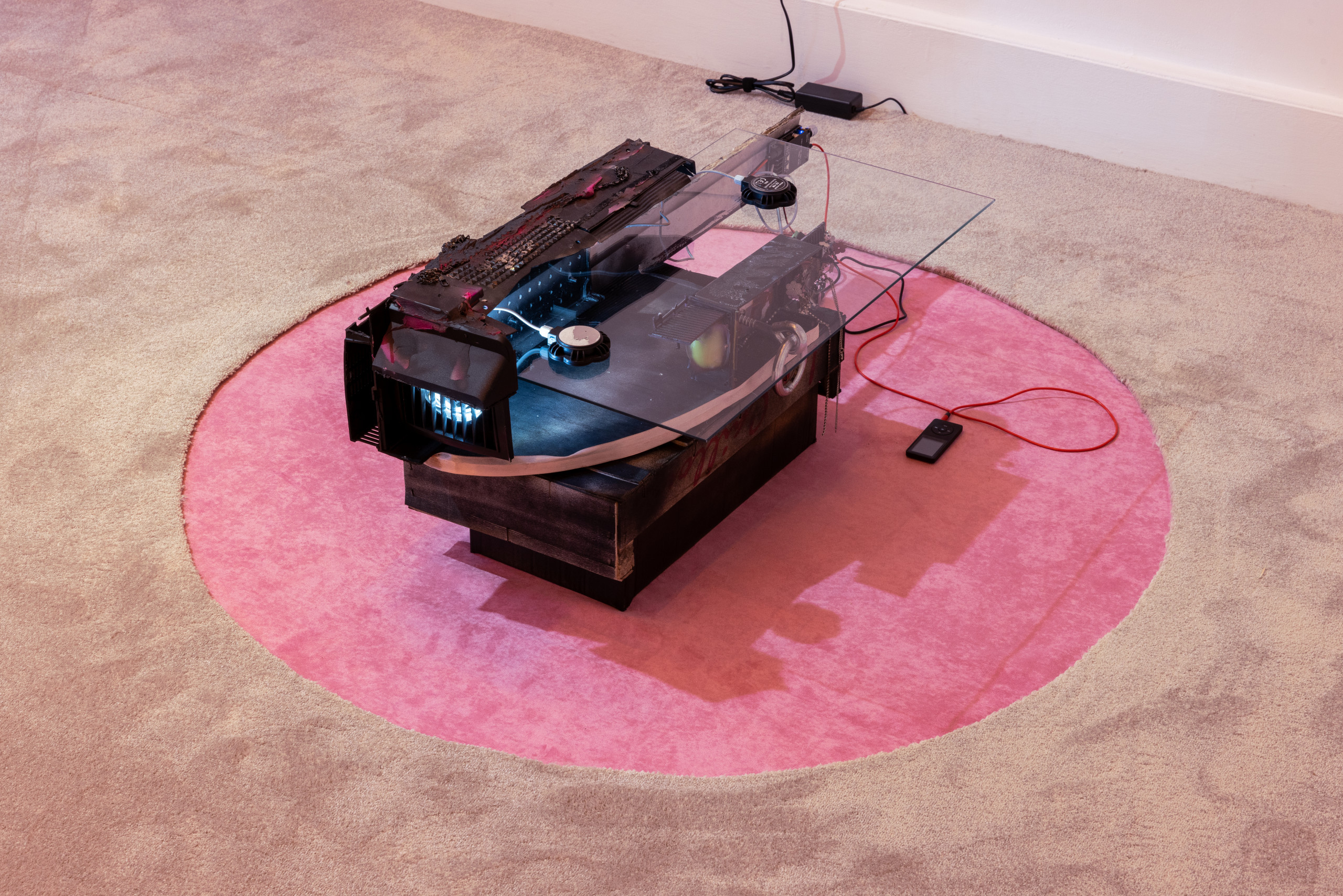 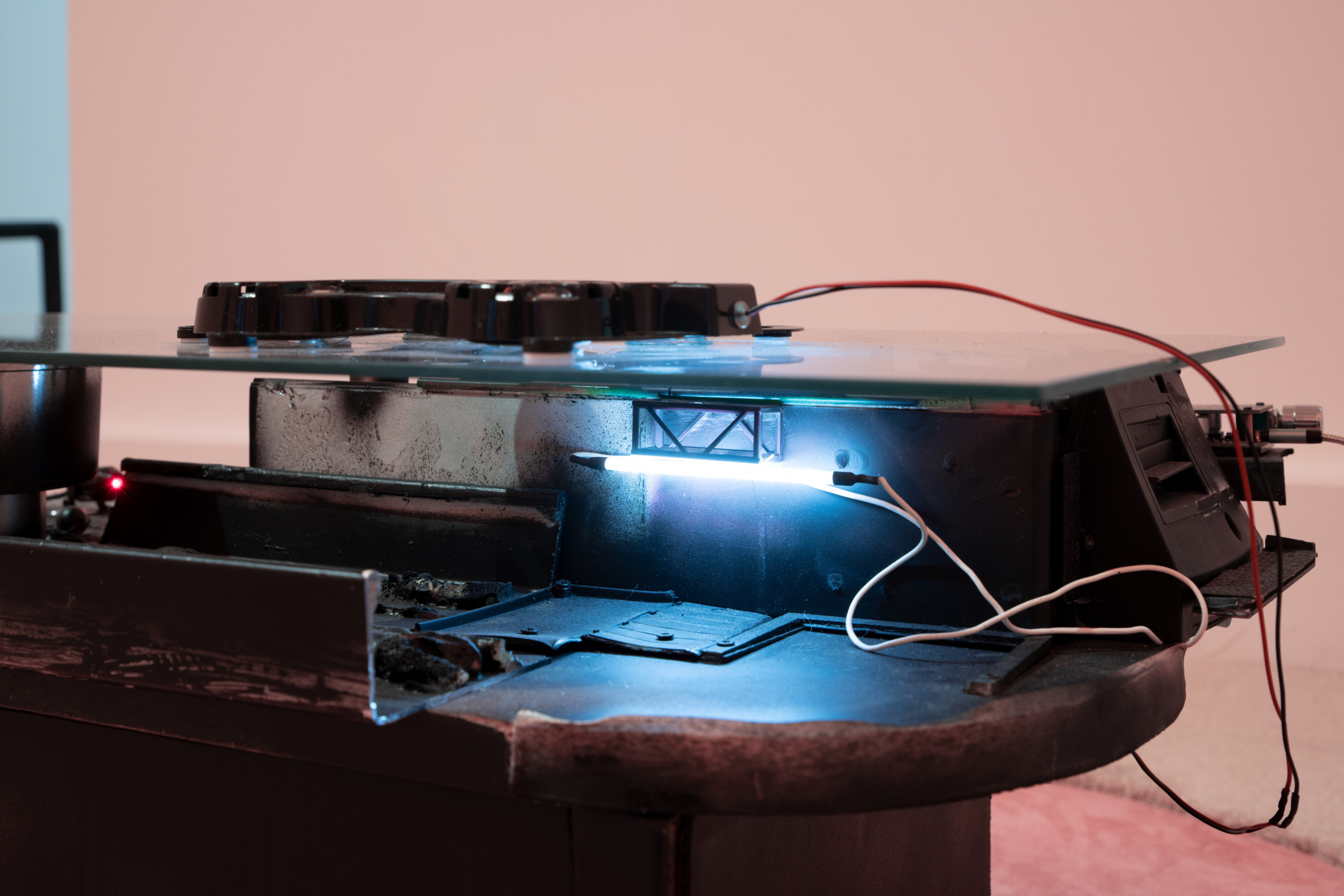 Total Distress. The name is catchy. It sounds almost like a brand, any brand. Indistinctly, it could refer to a punk group. A gabber album. A fashion-show. An ironic tramp-stamp.

In an ultimate attempt to spur the prosumer’s numb synapses, disaster capitalism turns into entertainment. So far, so good. Or rather, nothing new: the superstructure adapts, spreads further, and lives on. Except that here, the name is a title, that of Mathis Altmann’s first solo show at Fitzpatrick Gallery’s new space. And then, something already seizes up and short-circuits.

The German artist is unparalleled when it comes to exacerbating the visual texture, collective affects, and perverse ideologies of cognitive capitalism. Against the dominant frictionless abstraction of the 2010s, he chose to viscerally rematerialize the transition zones of global cities. By means of syncretic compression, the assemblage of matter, image, video, and sound enacts the sculptural equivalent to flayed still lifes.

Total Distress builds on the last three years’ research. Eleven new works, and twelve in total, come together as an all-encompassing installation. Throughout the two floors, a sound piece resonates softly, drawing its deceptive neutrality from playlists tailored to enhance deep focus and stimulate the 24/7 precariat’s productivity.

Visible at street-level, a LED pharmacy cross takes up the ground floor. A variation on the 2019 Power Lifestyle series, it hovers suspended upside down on a raw aluminum frame. On its screen, classic pharmaceutical animations are interspersed with text snippets reworked from sponsored Instagram ads for narcissistic personality disorder self-tests.

It would be easy to dismiss the symptom once again through trend forecasting – Big Pharma-core? Inside this Parisian body of works however, Mathis Altmann contextualizes his working themes through a specific observational prism. Namely, the Friedrichshain district in Berlin, at the epicenter of the cooptation of a former alternative culture by the mass settling of start-ups: their buildings, their demographics, their meritocracy.

On the upper floor, signs of the precedent decade’s global aesthetics, such as Baltic birch Ikea stools or Muji pill boxes, are juxtaposed with indicators of a newfound quest for flat-pack authenticity and dissociative wellness. But the distressed cargo pants, rustic wood boards, blonde dreadlocks, and psychoactive mushrooms also stand for a certain transgenerational shift.

This is made clear through the videos inserted inside the four mirrored wall sculptures. On the screens, which abstract the shape of a pharmacy cross, play various loops collaged from iPhone footage, stock video or ads, are displayed a walk-through said district, an AI text-generated rendering of youth partying, or a psychedelic yet screensaver-esque impulse to zone out. Pixelated in their rendering, they ask for engagement to be perceived yet remain stubbornly asepticized through their referentiality to a current visual texture.

Rebranding, self-diagnosing, and repurposing go hand in hand as they point towards a formula of individual solutionism. Ultimately, changing the cultural script is easier than changing the system; just as any shift in the collective identification mechanisms of the creative class only applies palliative ointment on the wound.

Here, what nonetheless flares up in the materiality of the works, feels slightly off for all their smooth seductiveness, and of which Mathis Altmann is a figure both exorcist and possessed, is the consolidation of a vectoral power moving towards total subsumption.