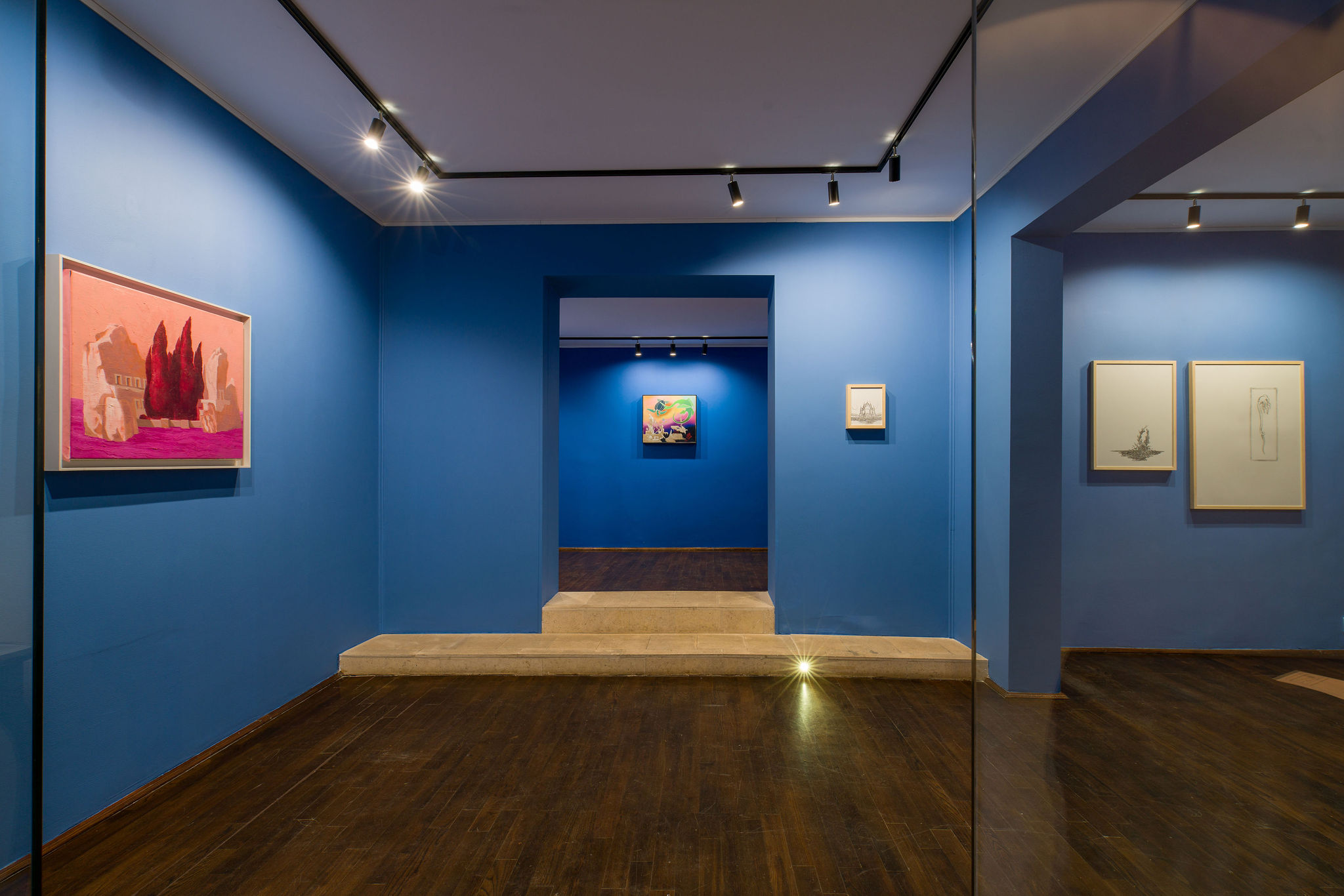 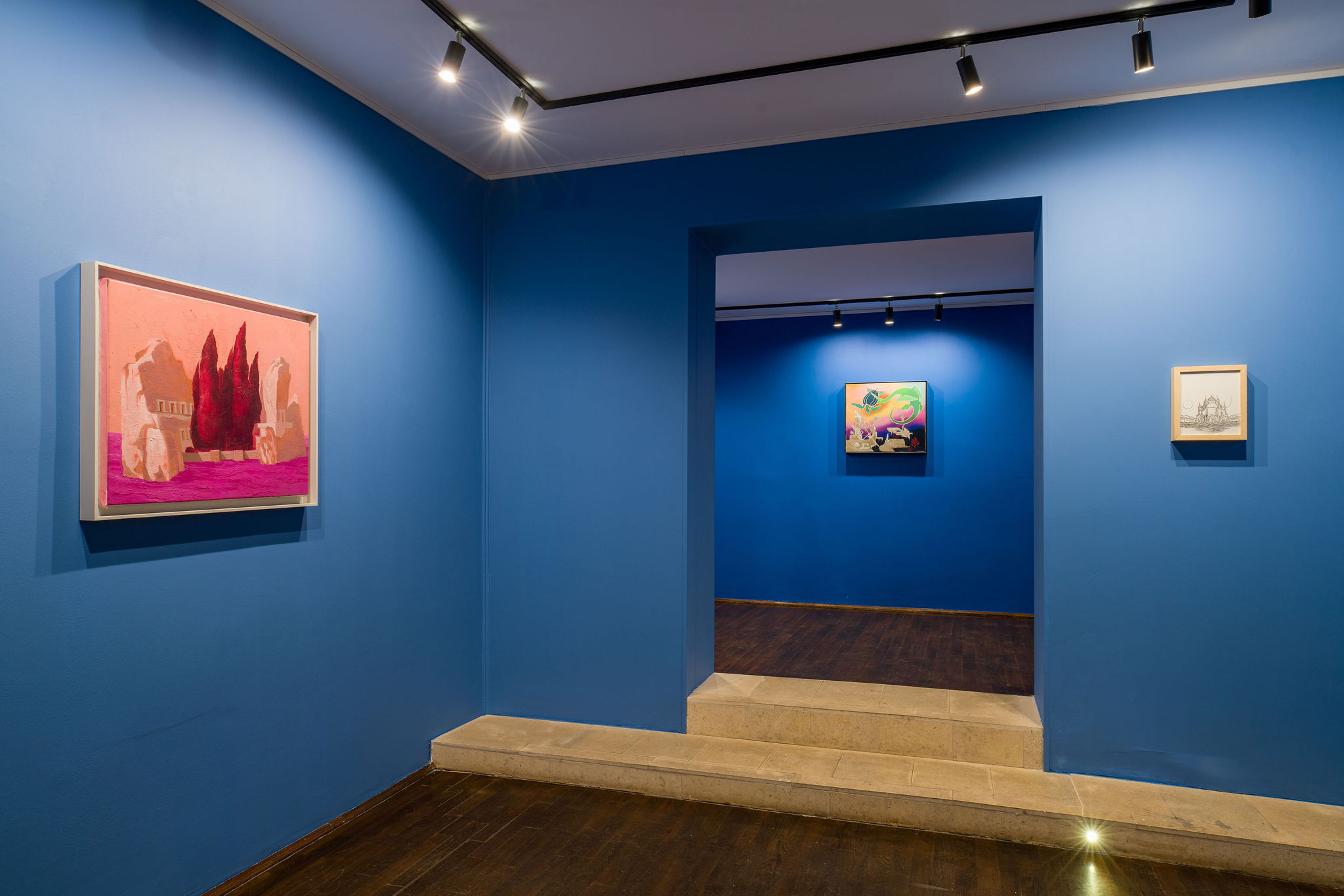 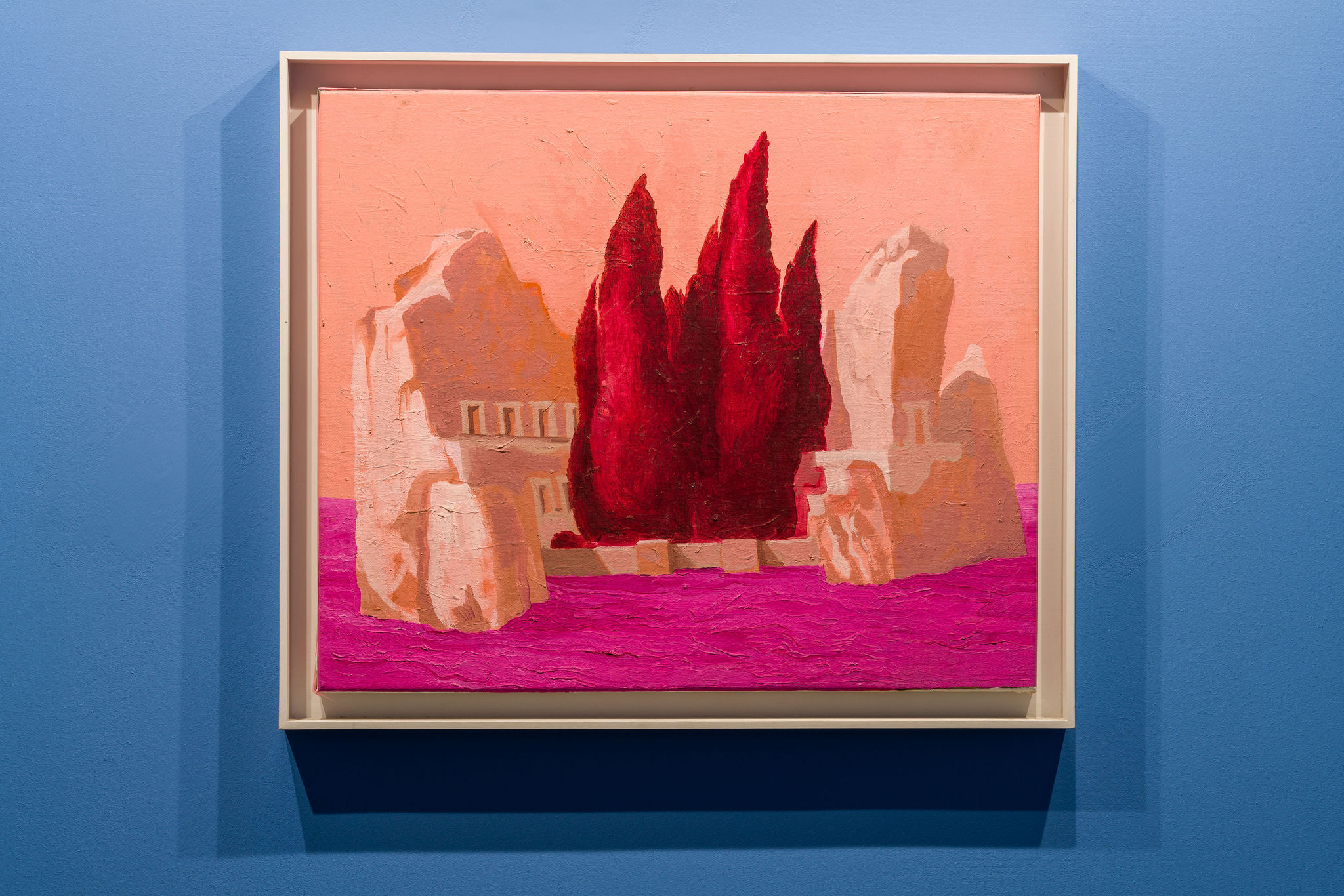 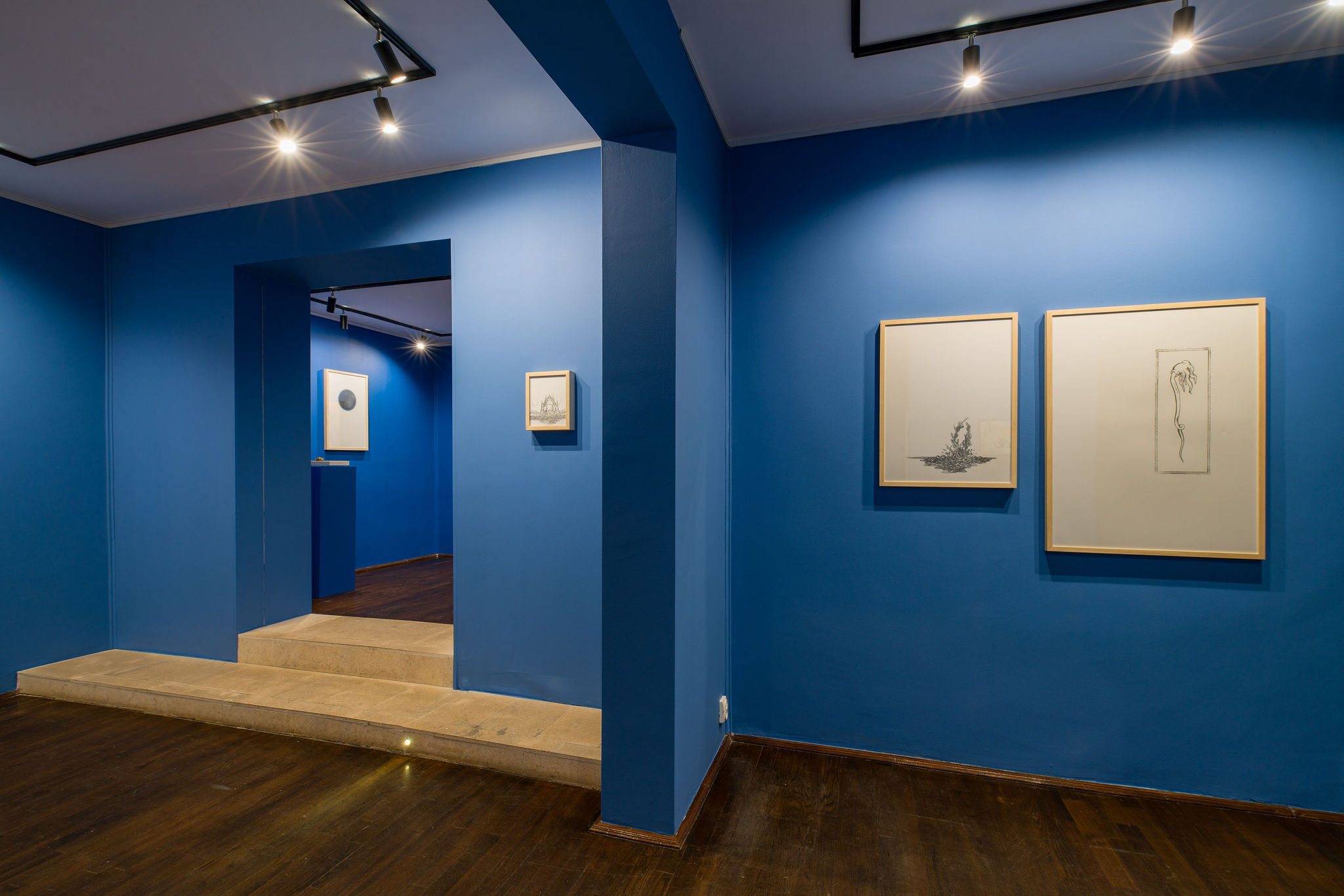 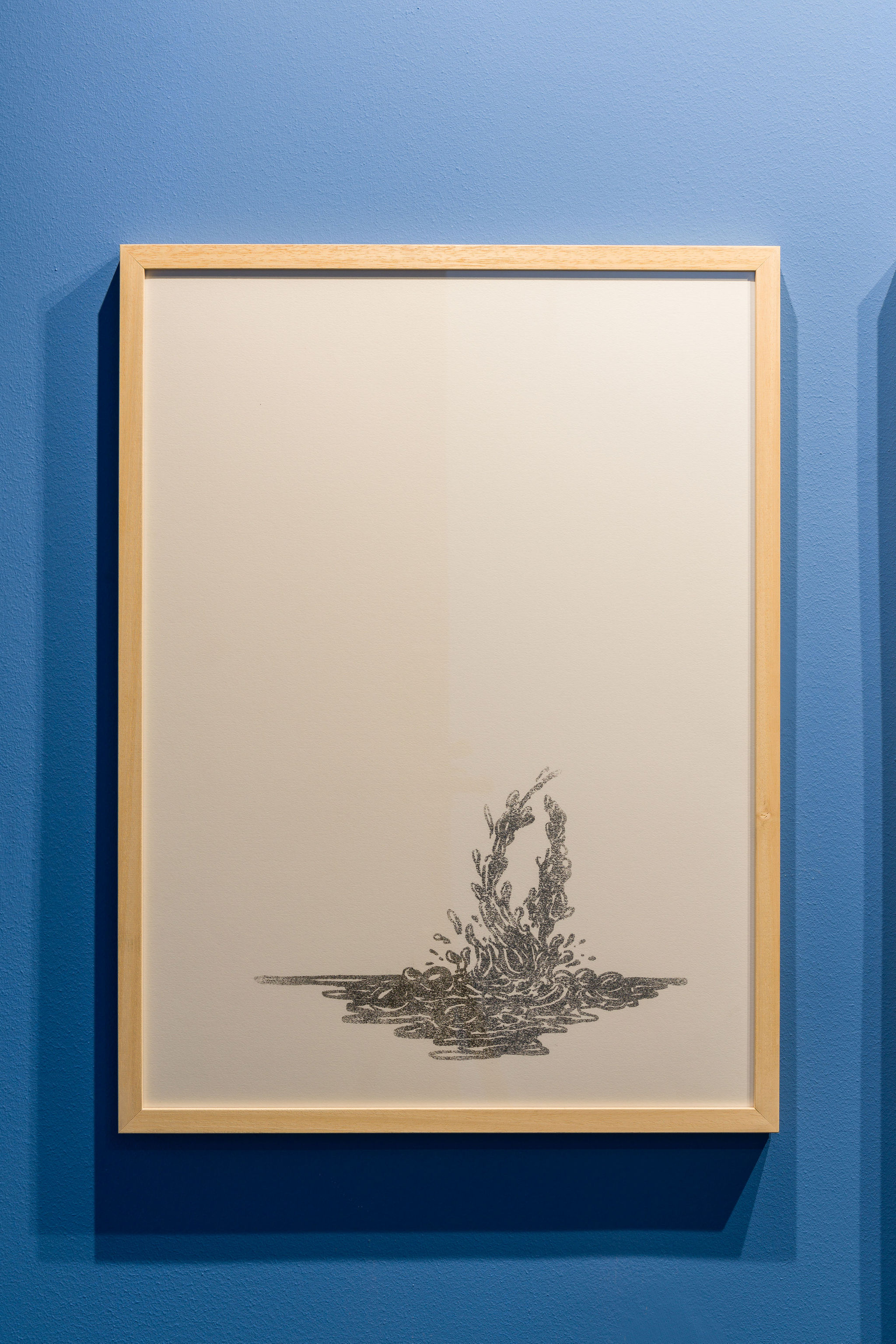 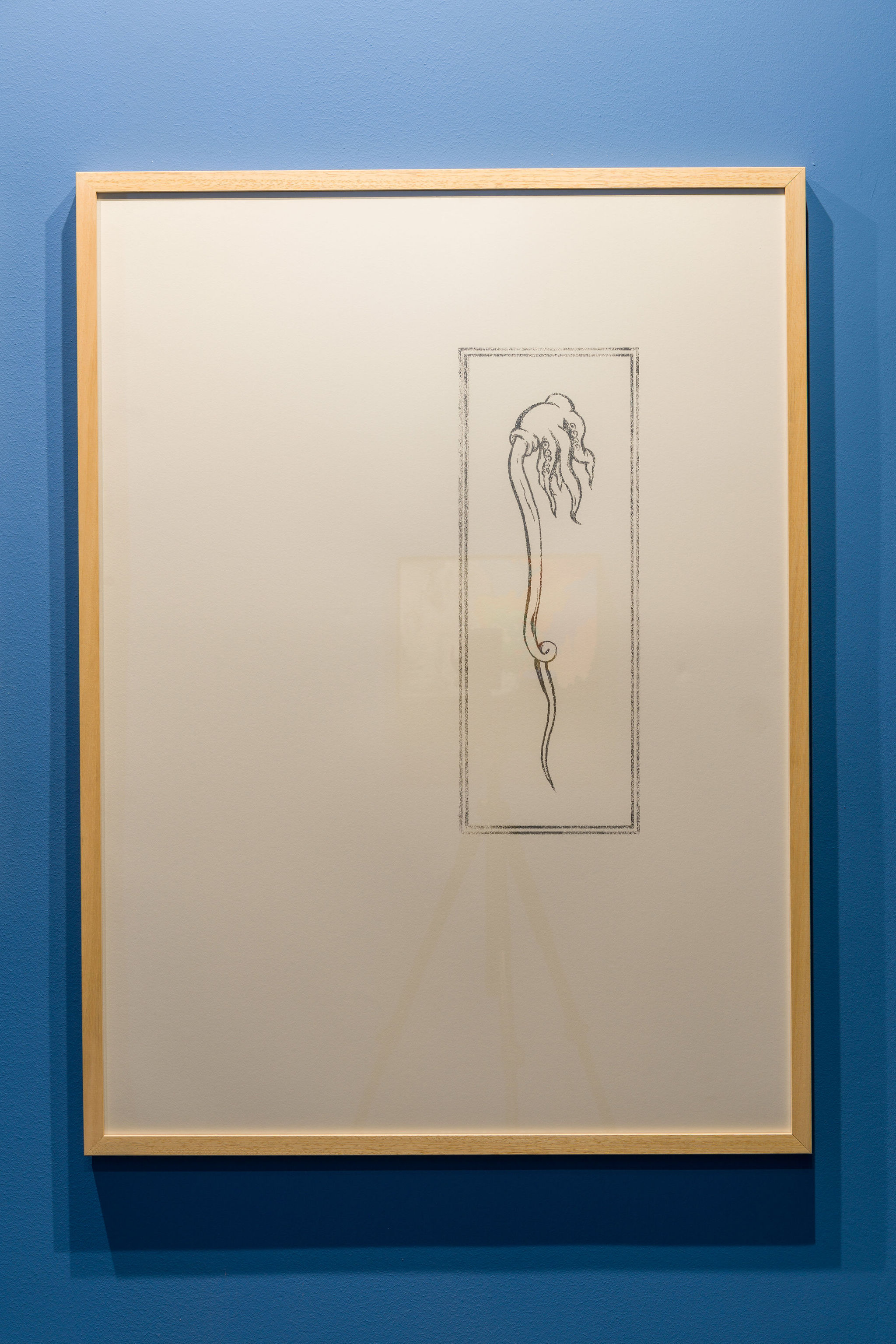 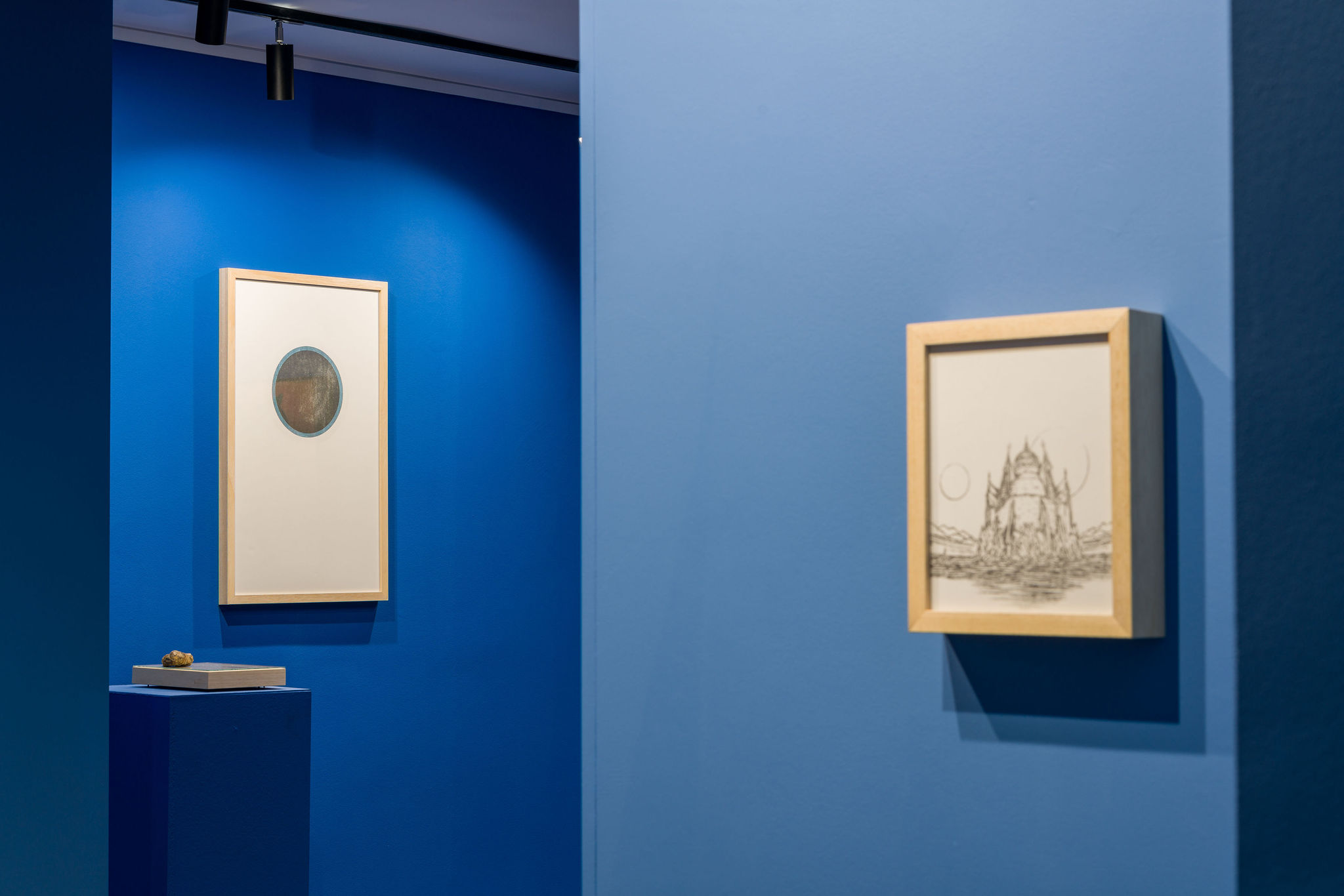 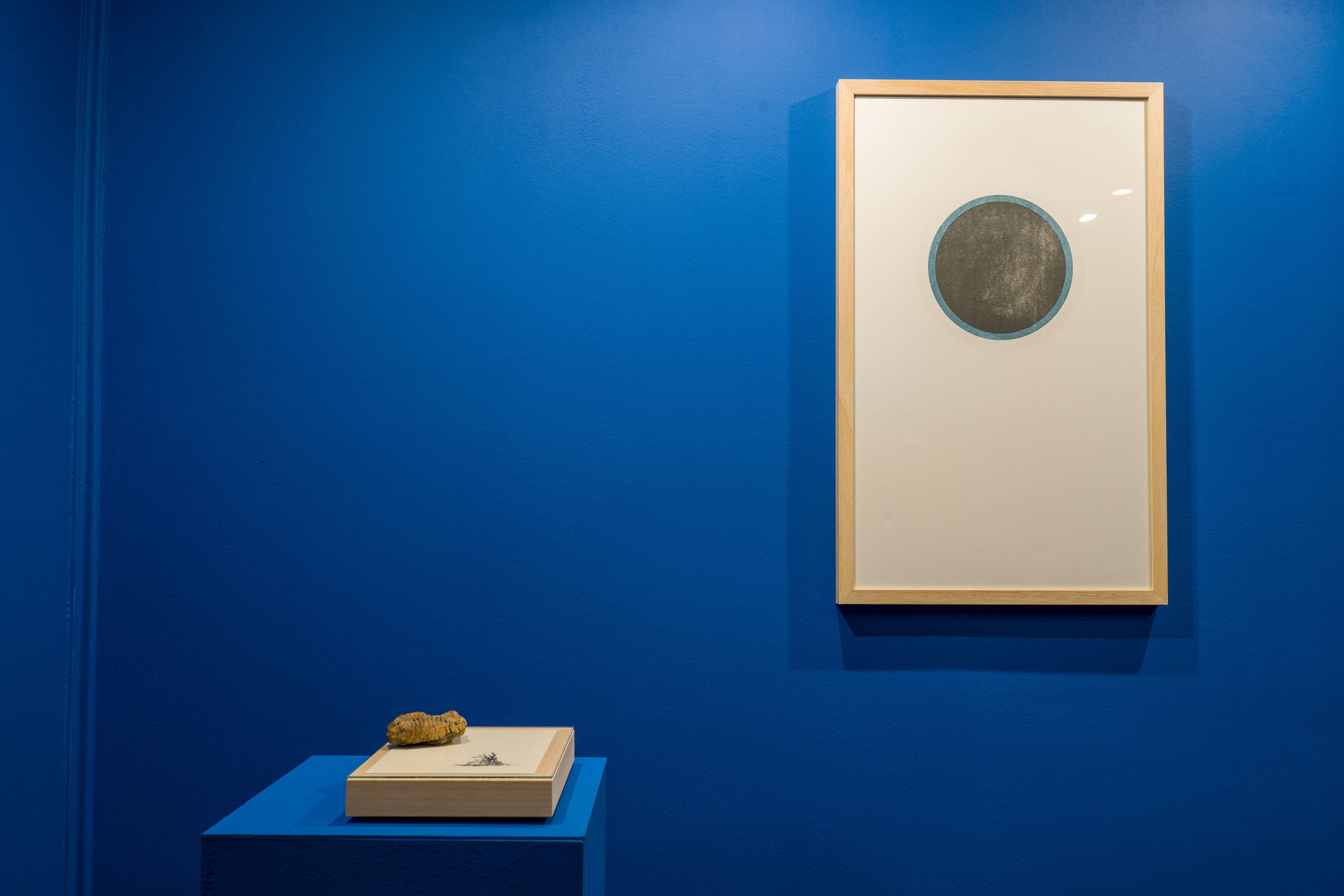 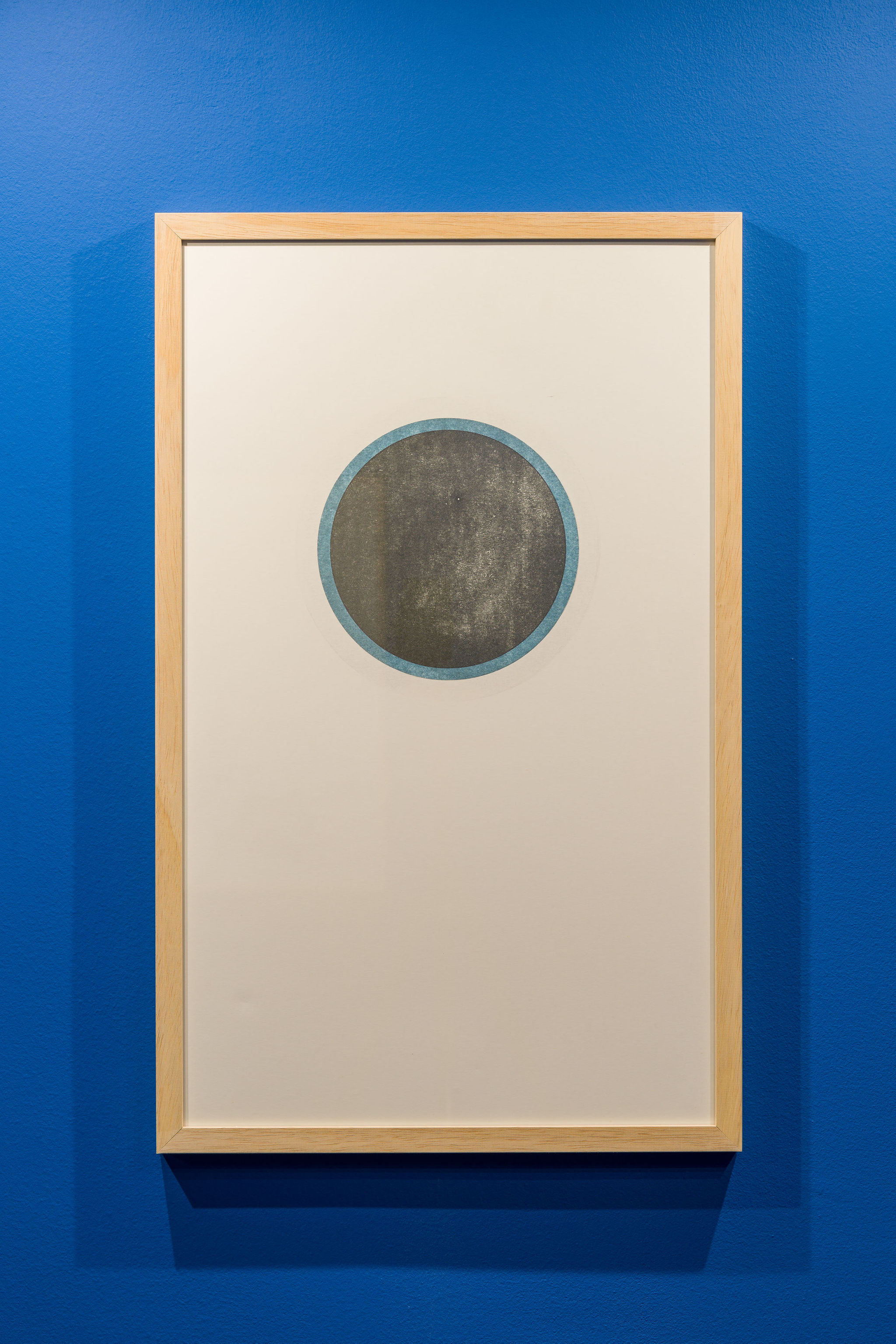 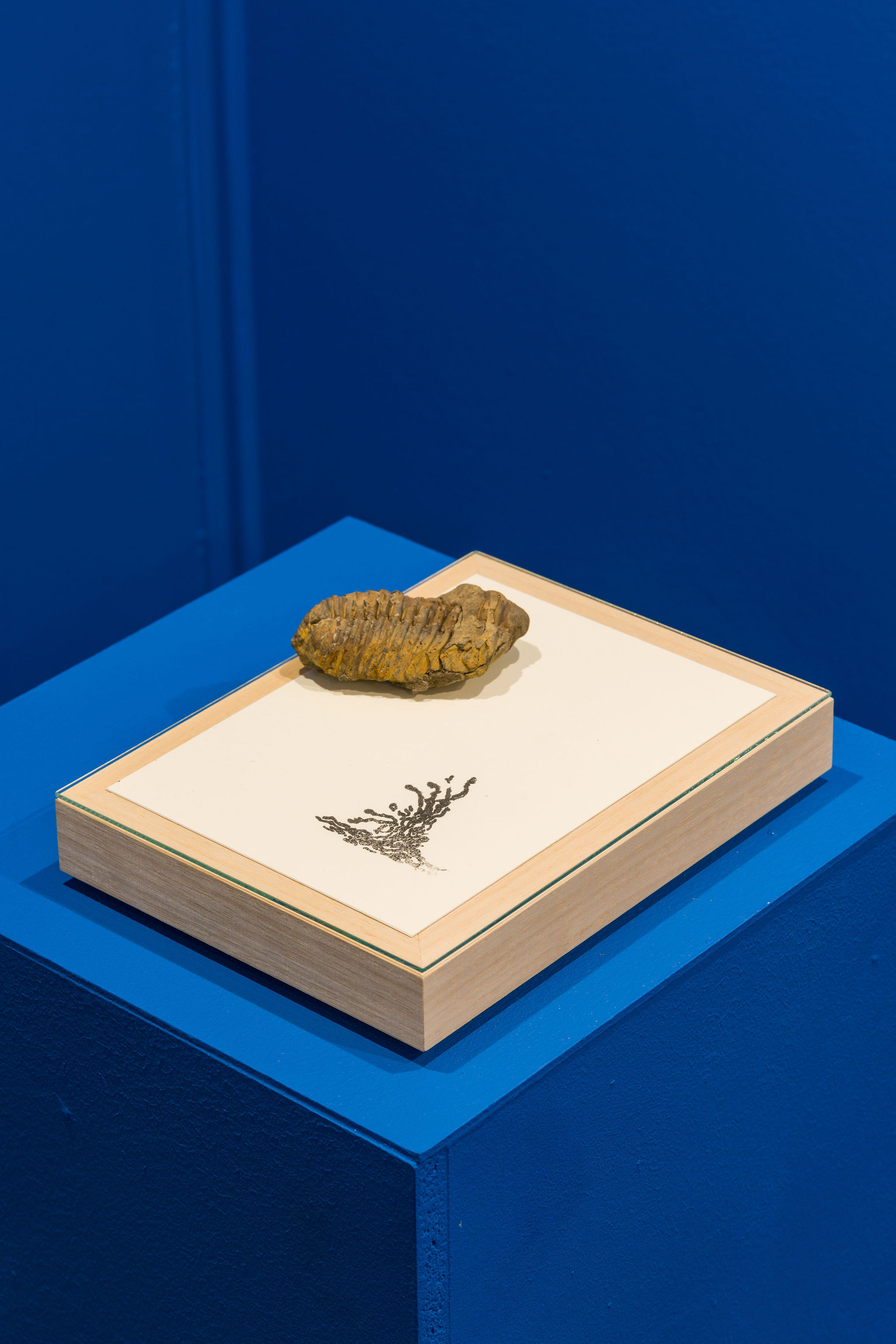 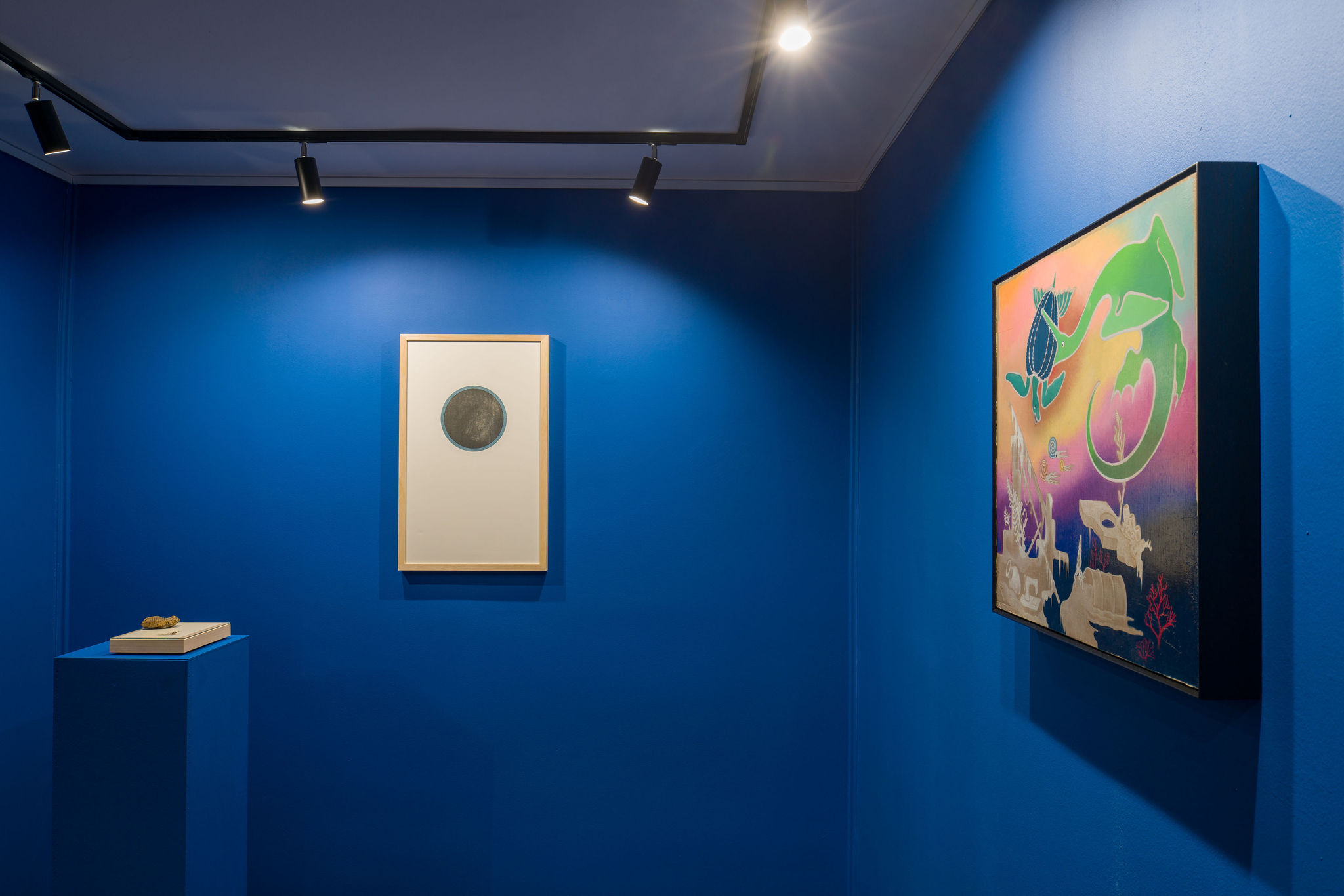 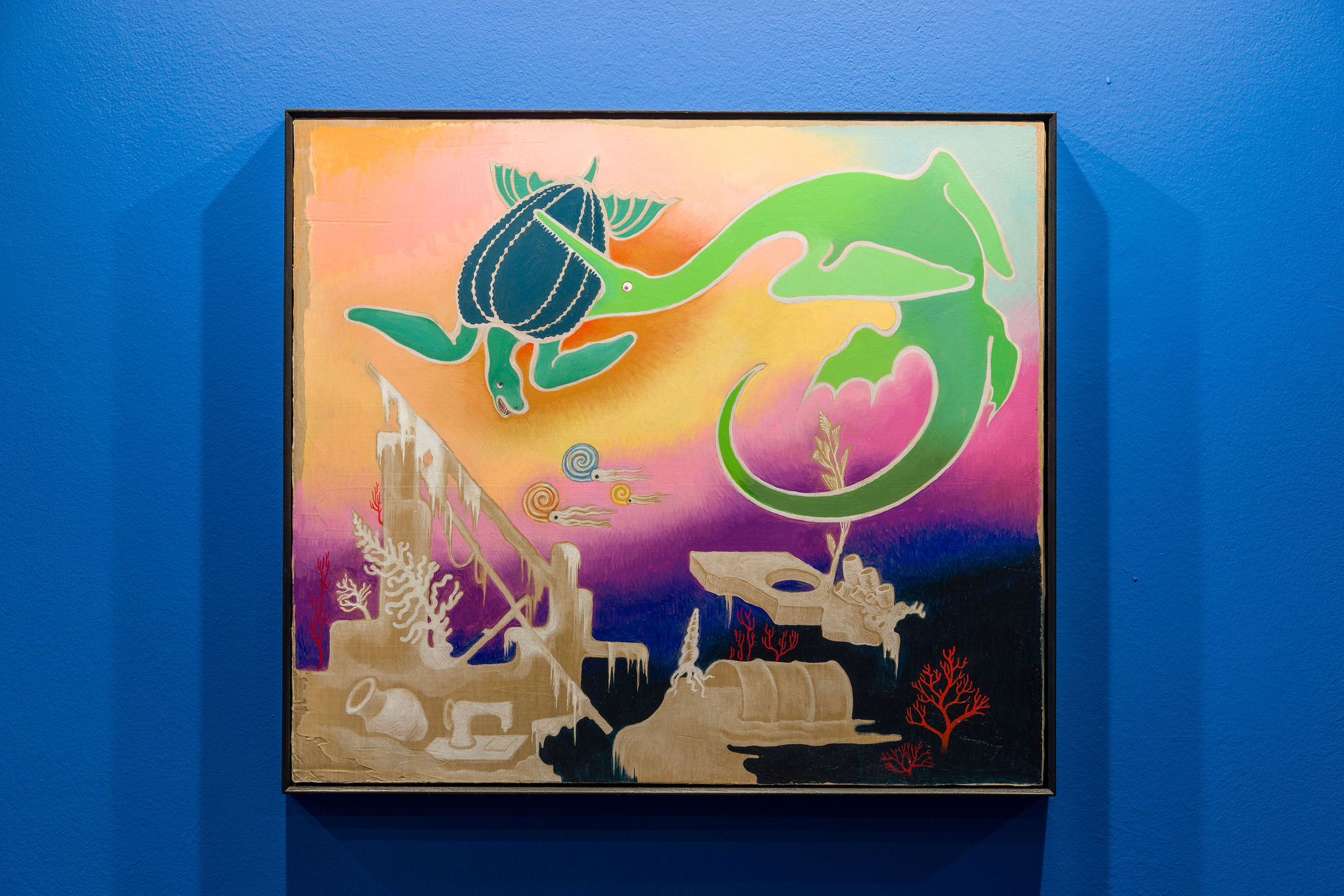 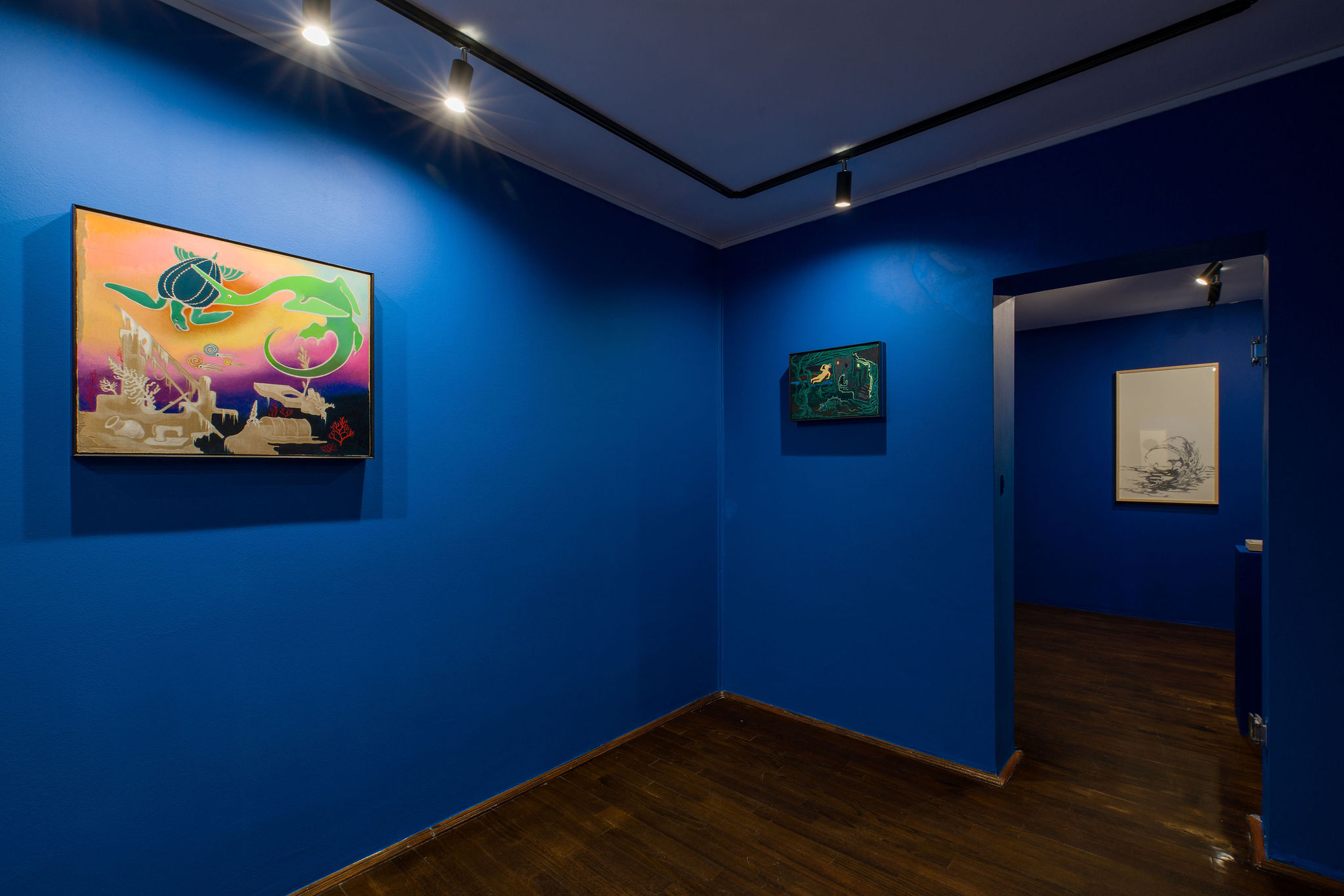 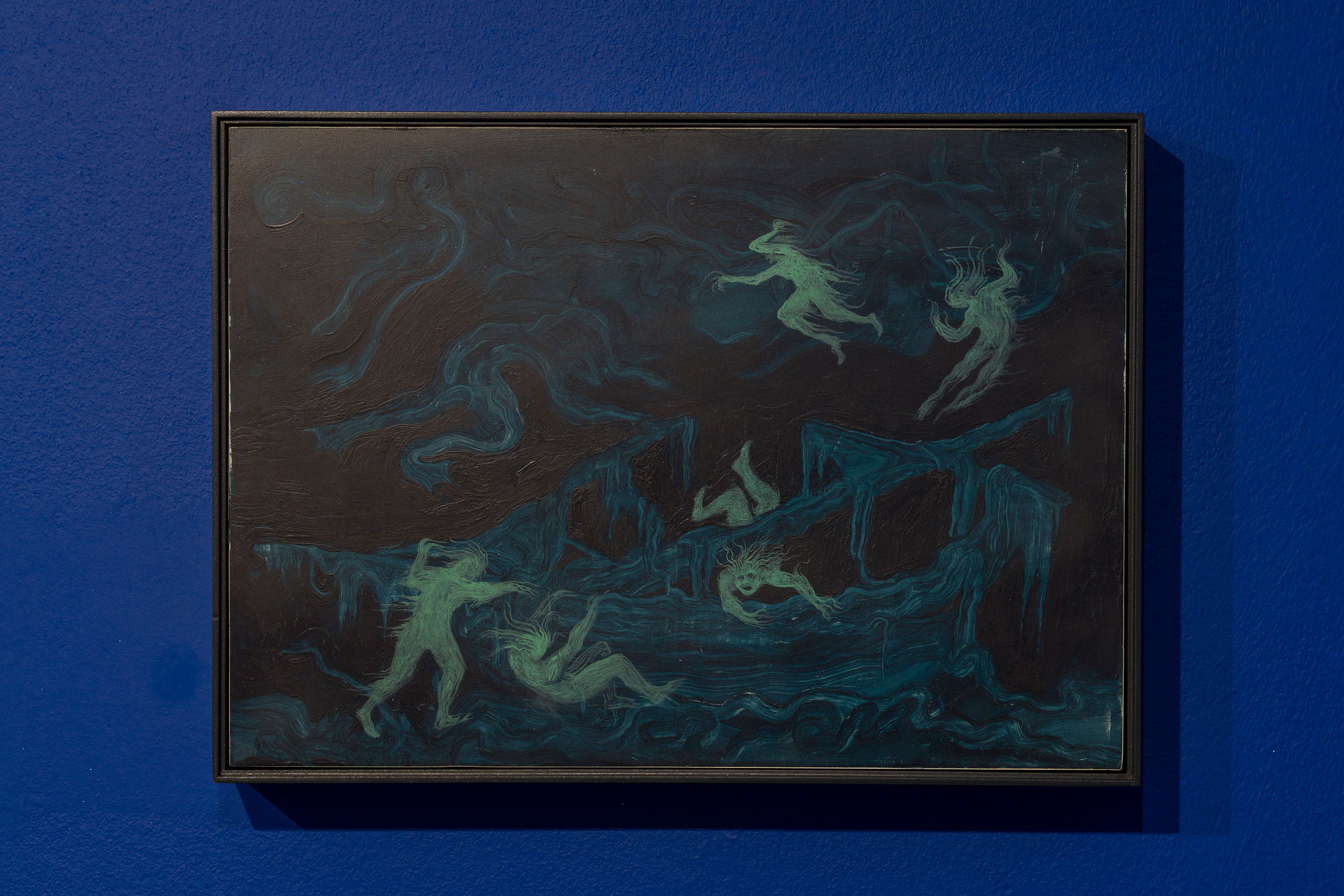 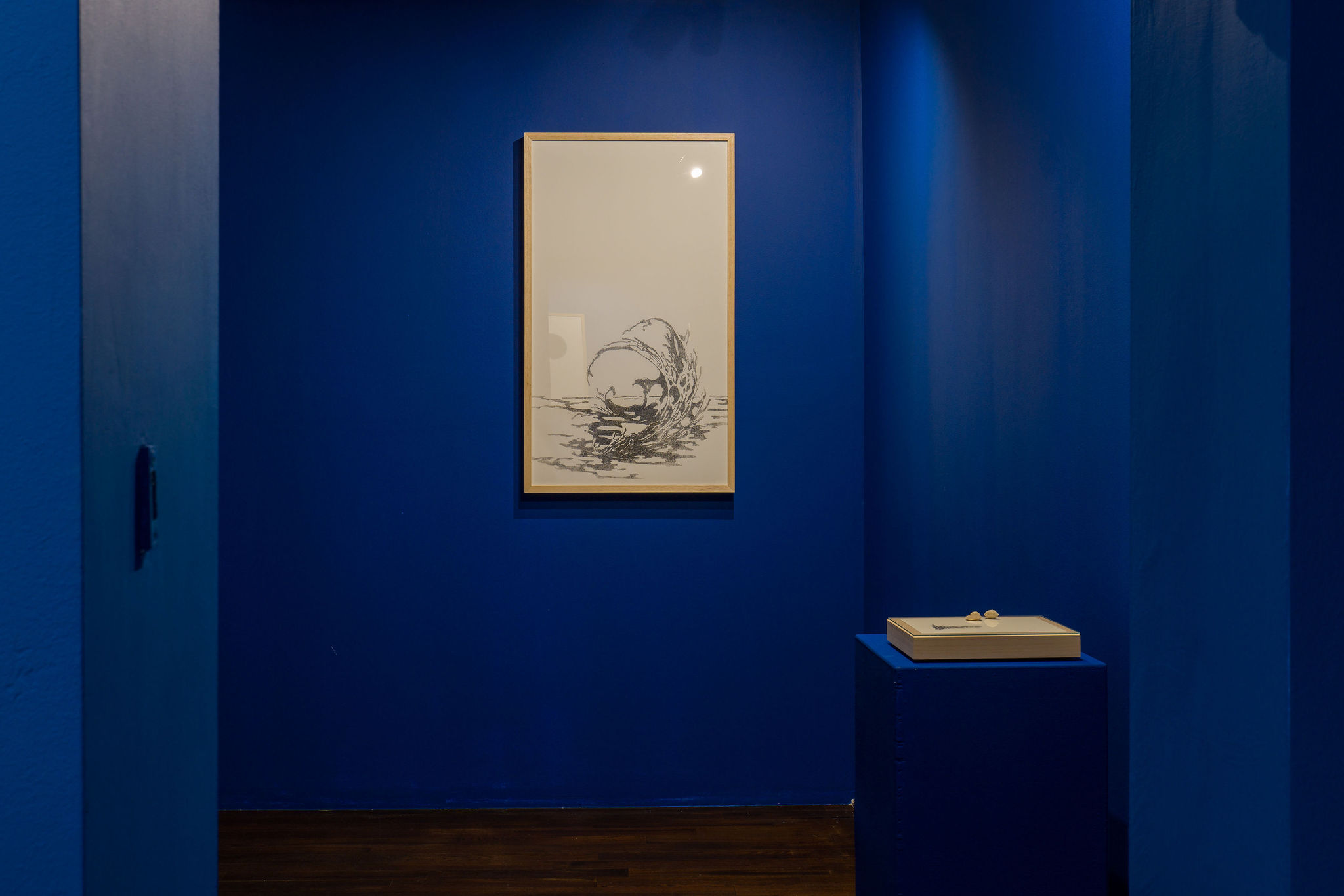 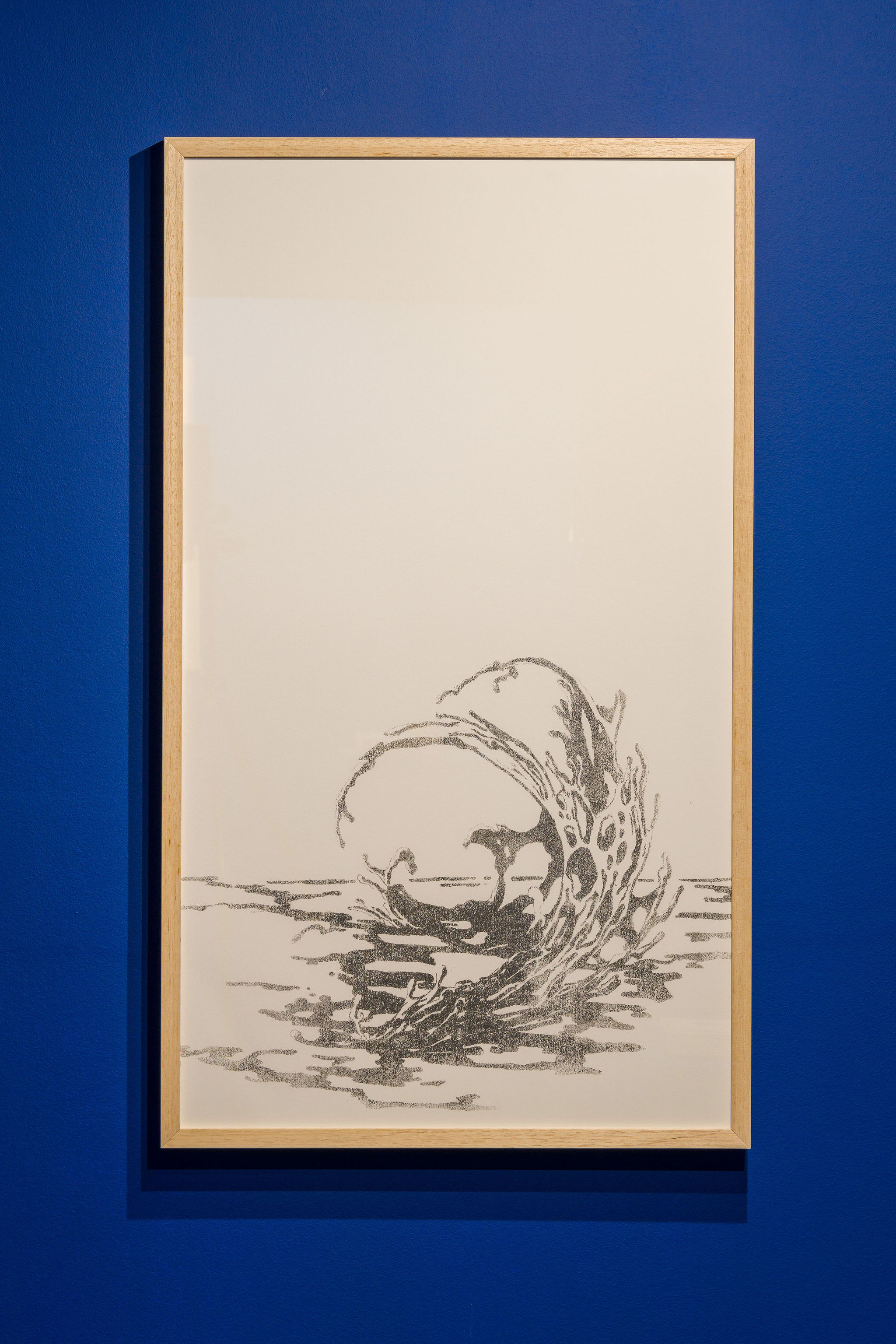 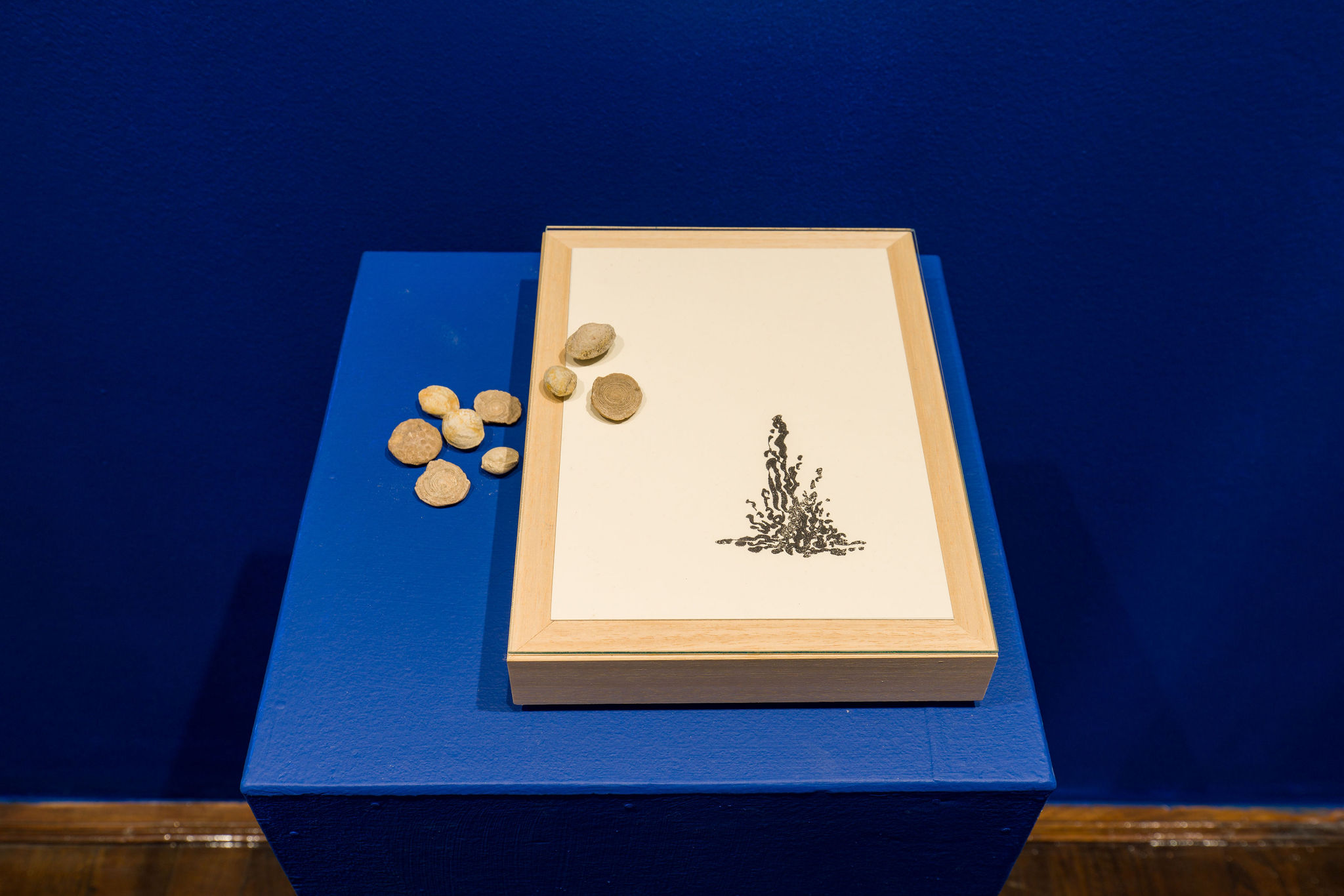 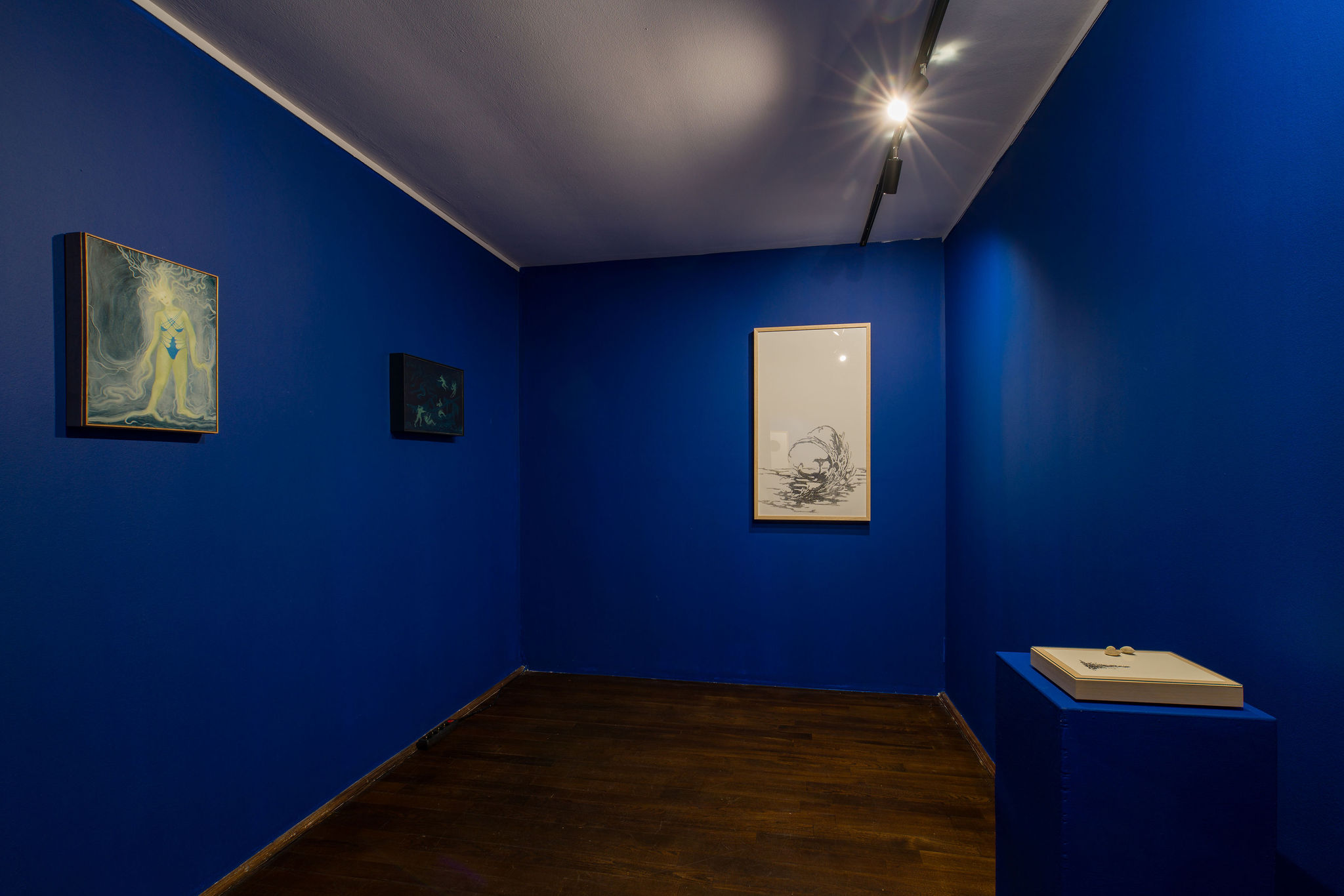 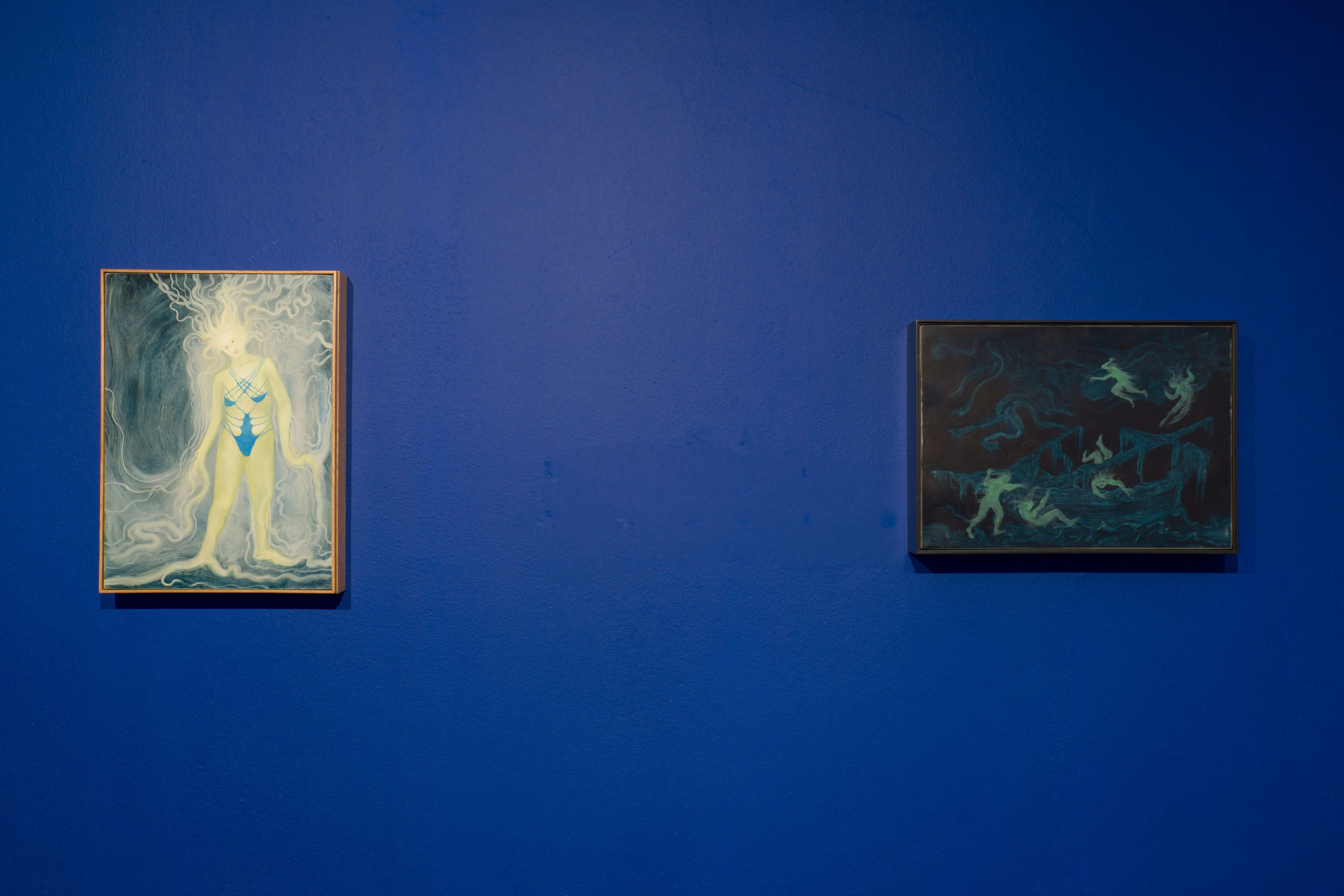 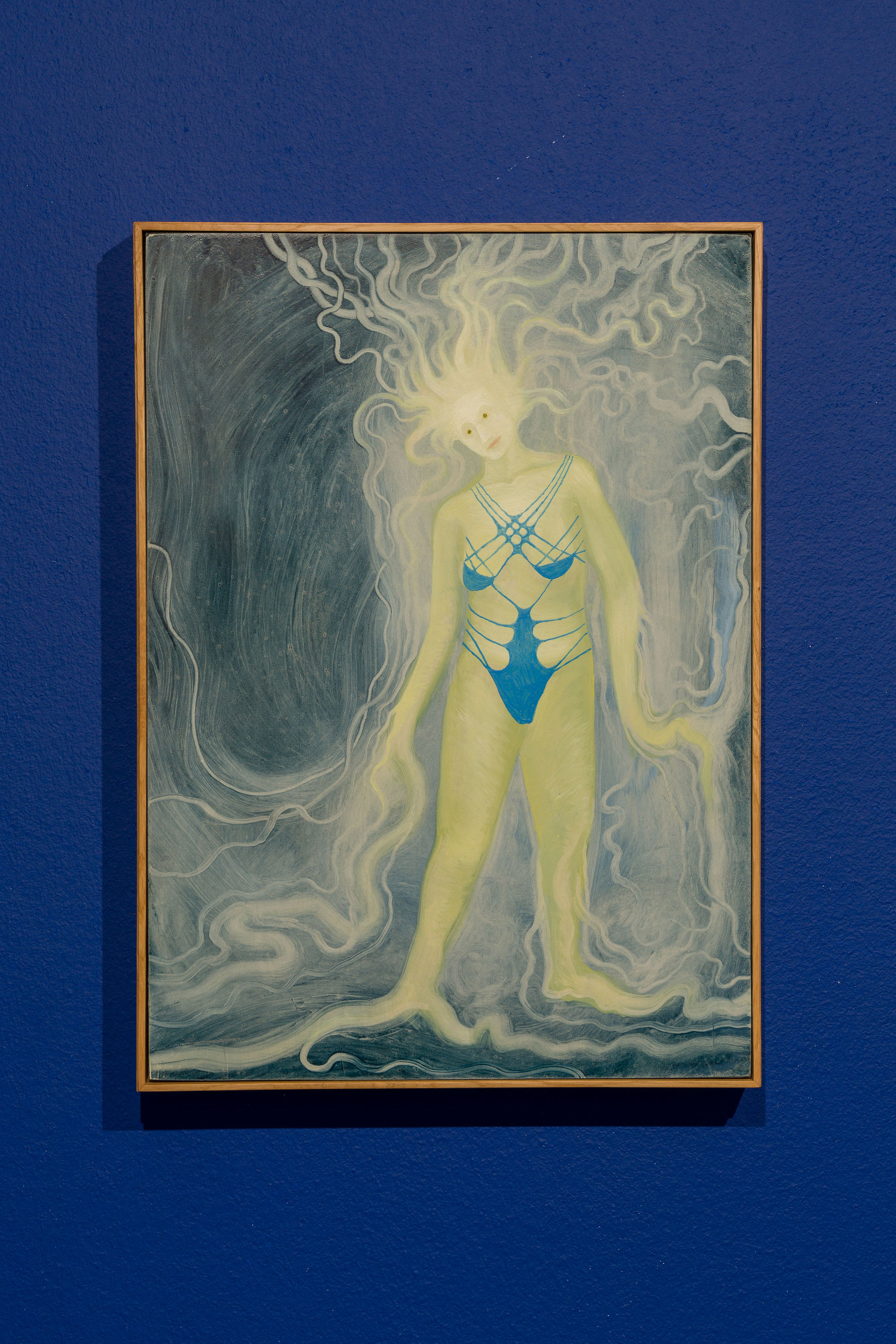 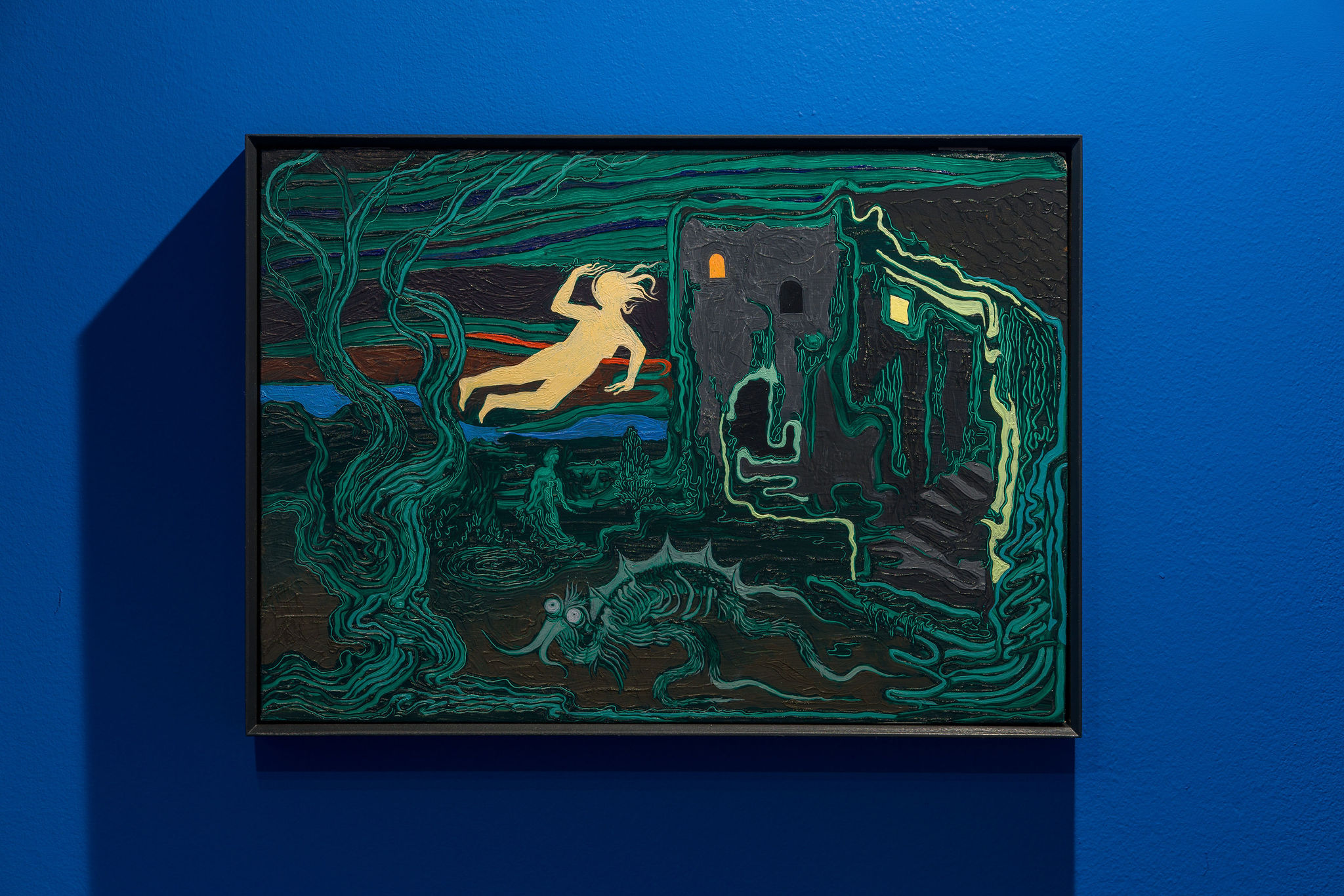 Water filled imaginaries seem to run our view of the world. They lie deep in the vastness of oceans from where life once emerged and on the glistening surface that envelops so dearly what we still call the blue planet, our Terrae. A déluge is a powerful tool for addressing world building and creating narratives for something that touches and transforms our surroundings. Borrowed from Old French, the word itself stands amidst a ‘flood’ and a‘washing away’, as that which ‘overflows as to flood,’ and ultimately leaves traces of the most affective kind.

More than a simple localised flooding, the image of a great déluge submerges the world transforming it into a completely different habitat. From its dark depths other perspectives rise. Harking back to an ancient time when the landscape around Cluj was part of the Tethyssea floor, the exhibition brings together two local artists who use aquatic metaphors to unravel time and navigate different temporalities. Hortensia Mi Kafchin and Flaviu Rogojan’s shared fascination with underwater settings also reflects on the sea of information that surrounds and sometimes drowns our daily lives, a powerful narrative of their generation. Both artists are intimately tied to many layers of the local contemporary art scene - a land locked city from where they set sail.

Hortensia Mi Kafchin’s works reflect on the local patch of the former seabed, art histories and art worlds sunken under the pressures of murky waters. The multiple layers of geological times resurface as disparate human temporalities unfold. Either immersed or overflowed, the earthly settings turn into relics and become part of an aquatic ecosystem which seeks to explain or recall personal and collective memory. Hence, the water becomes a mnemonic medium, given its chemical qualities, alters and transforms the matter it touches and the history it revisits.

Flaviu Rogojan’s conceptual version of a crossover fan fiction tackles water worlds from a different angle. The series of works focuses on the evil black liquid antagonist of a short-lived 1990s Cartoon Network animation called Pirates of the Dark Water, and asks the question if this cartoonish sentient dark ooze could be the same conscious but unknowable planet-ocean of Stanisław Lem’s Solaris. At the unlikely merging of different fandoms, the possibility of an ocean’s intentional actions illustrates a new perspective in the search for the miraculous. Borrowing from roleplaying, the works act like character sheets for a quest to great underwater depths, a mission to understand such an ocean’s force of change.

In the cavities of such unknowable dark points, other sentient beings trade carefully their stories of existence.

‍‍Hortensia Mi Kafchin (b. 1986) lives and works in Berlin. In 2010 she graduated from theUniversity of Art and Design in Cluj, where she specialised in pottery, glass and metal. Kafchin then worked as an assistant to the painter Adrian Ghenie, whose studio she later took over. Like Ghenie she belonged to a loose network of local artists who set up their studios in an abandoned factory, sharing traditional technical training and thorough knowledge of art history.

Hortensia Mi Kafchin, who grew up in a male body with the name Mihuț Boșcu Kafchin and is currently transitioning to her own gender, uses this canon to express personal and other constructions of gender and identity.

The young artist has long since found an international audience. After solo exhibitions in Cluj, Stockholm, Los Angeles, Paris and Budapest, the National Museum of ContemporaryArt in Bucharest staged a major show of her work in autumn 2016. Kafchin has also taken part in many prestigious group exhibitions, including at the Austrian Museum of Applied Arts in Vienna (2015), the Espace Culturel Louis Vuitton in Paris (2013), the Prague Biennale (2013) and the La Triennale in Paris (2012).

Flaviu Rogojan (b.1990) is an artist and curator from Cluj- Napoca. Using references from technology, movies, video games, and internet culture, he deals with different aspects of the layered worlds we live in, navigating both online and offline spaces. Mixing obscure factoids and nerdy stories while drawing inspiration from conceptual art strategies, his projects weave together different fictions and narratives.

He is a founding member and part of the Aici Acolo curatorial collective, a pop up gallery project in Romania, transforming unused or abandoned spaces into temporary art spaces for young artists, and is the co-curator of Off Season, a research residency in a small Albanian resort during the off season, focused on critical tourism and reimagining perspectives on the sea.