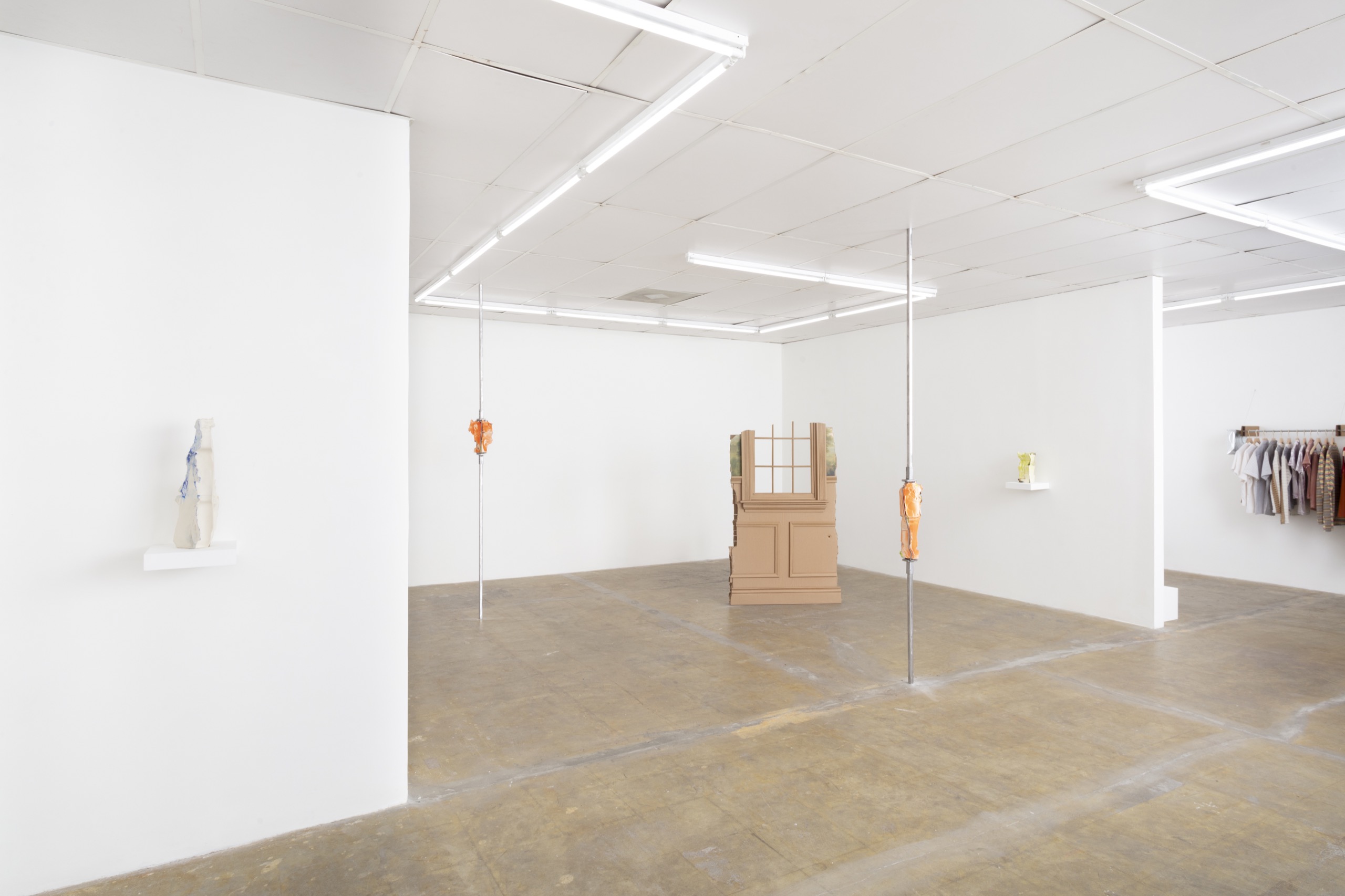 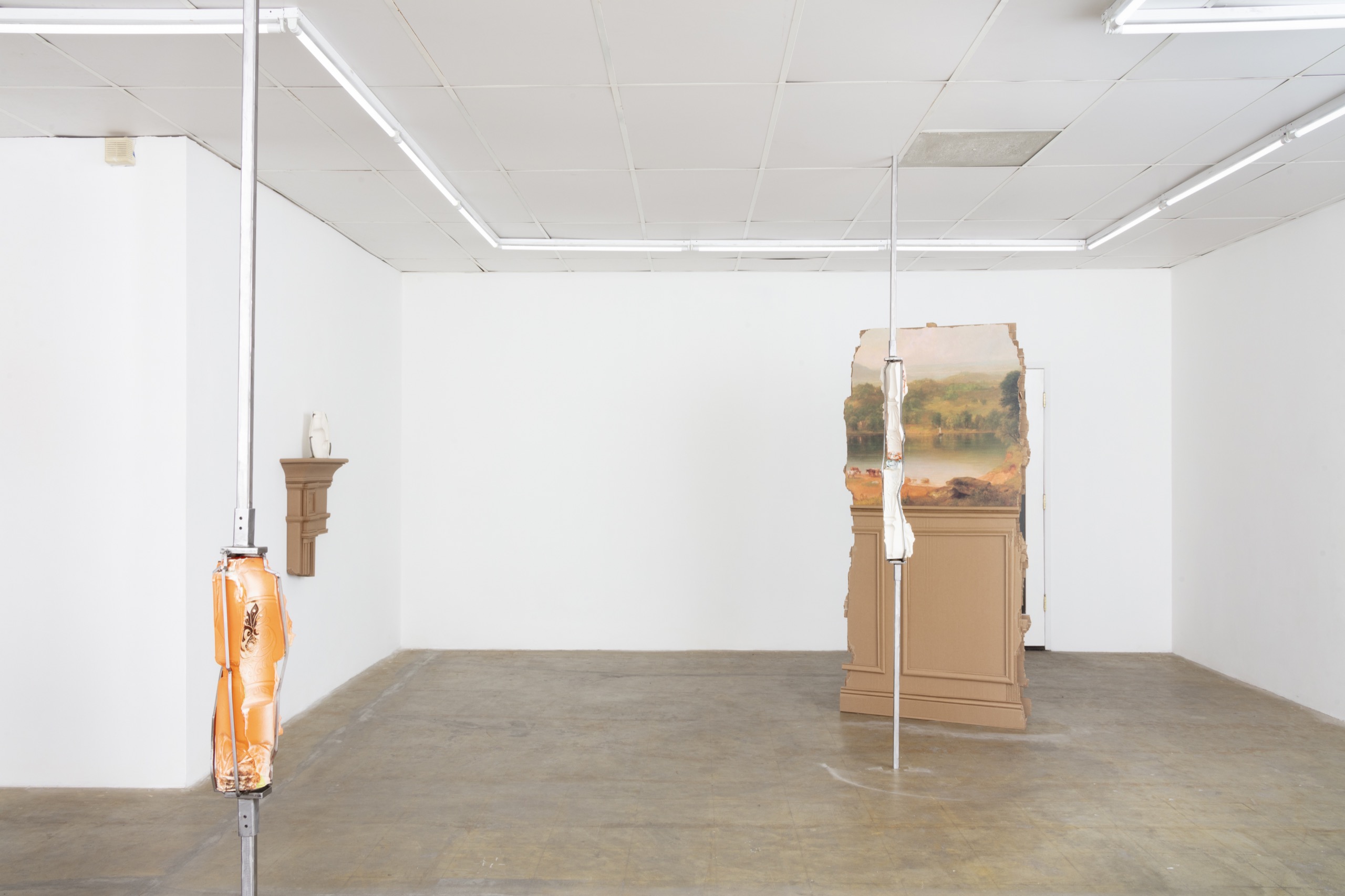 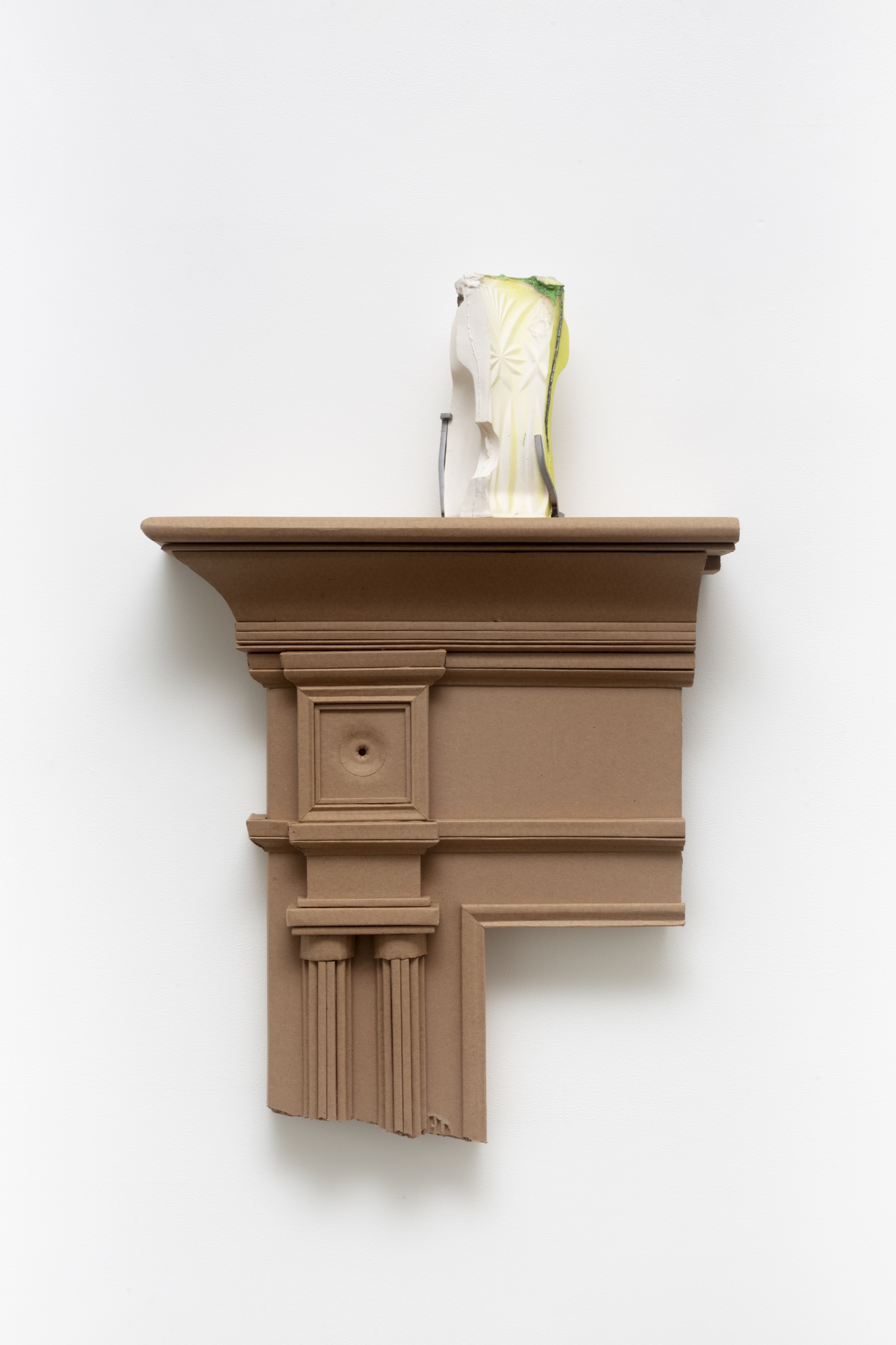 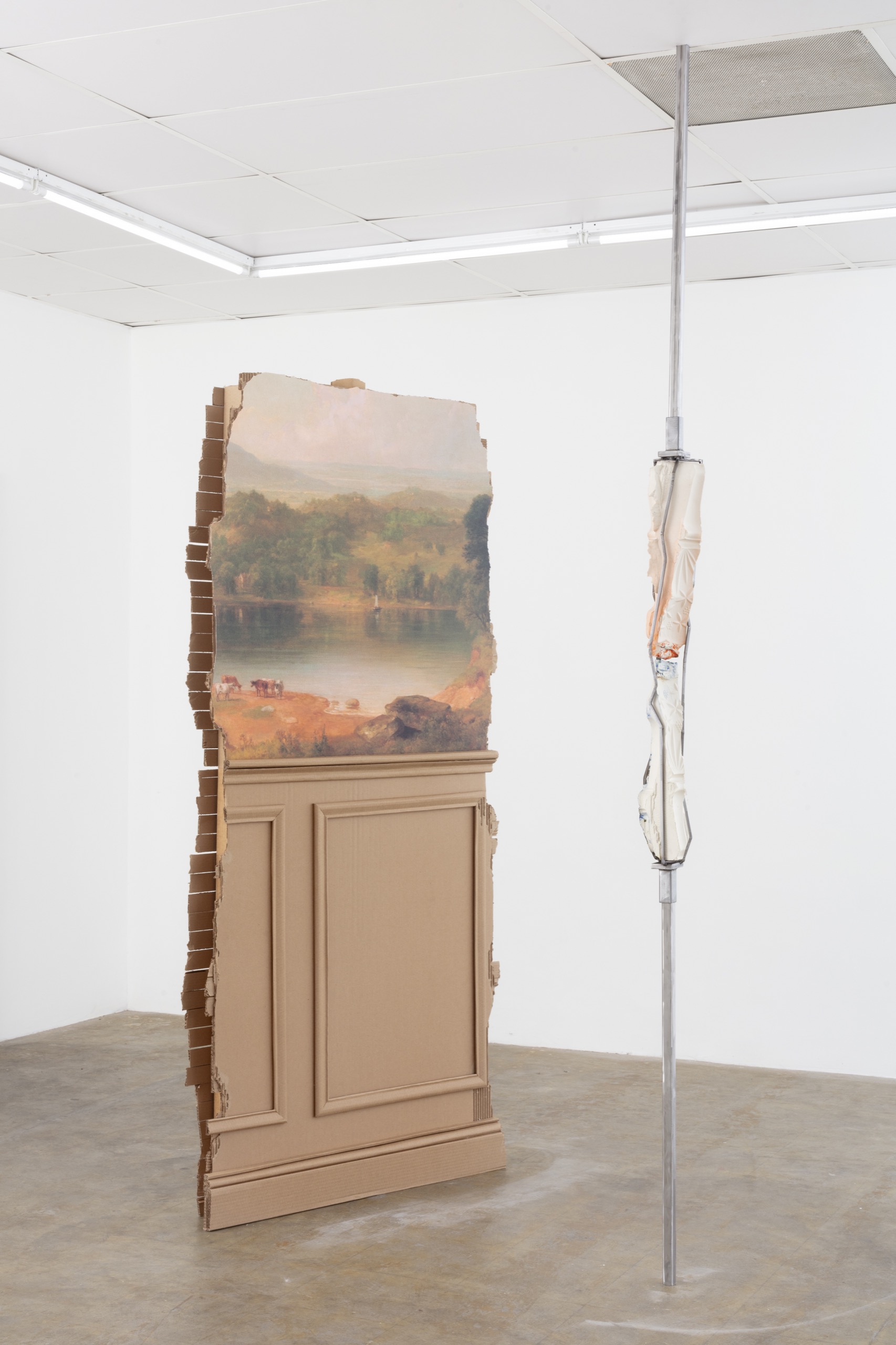 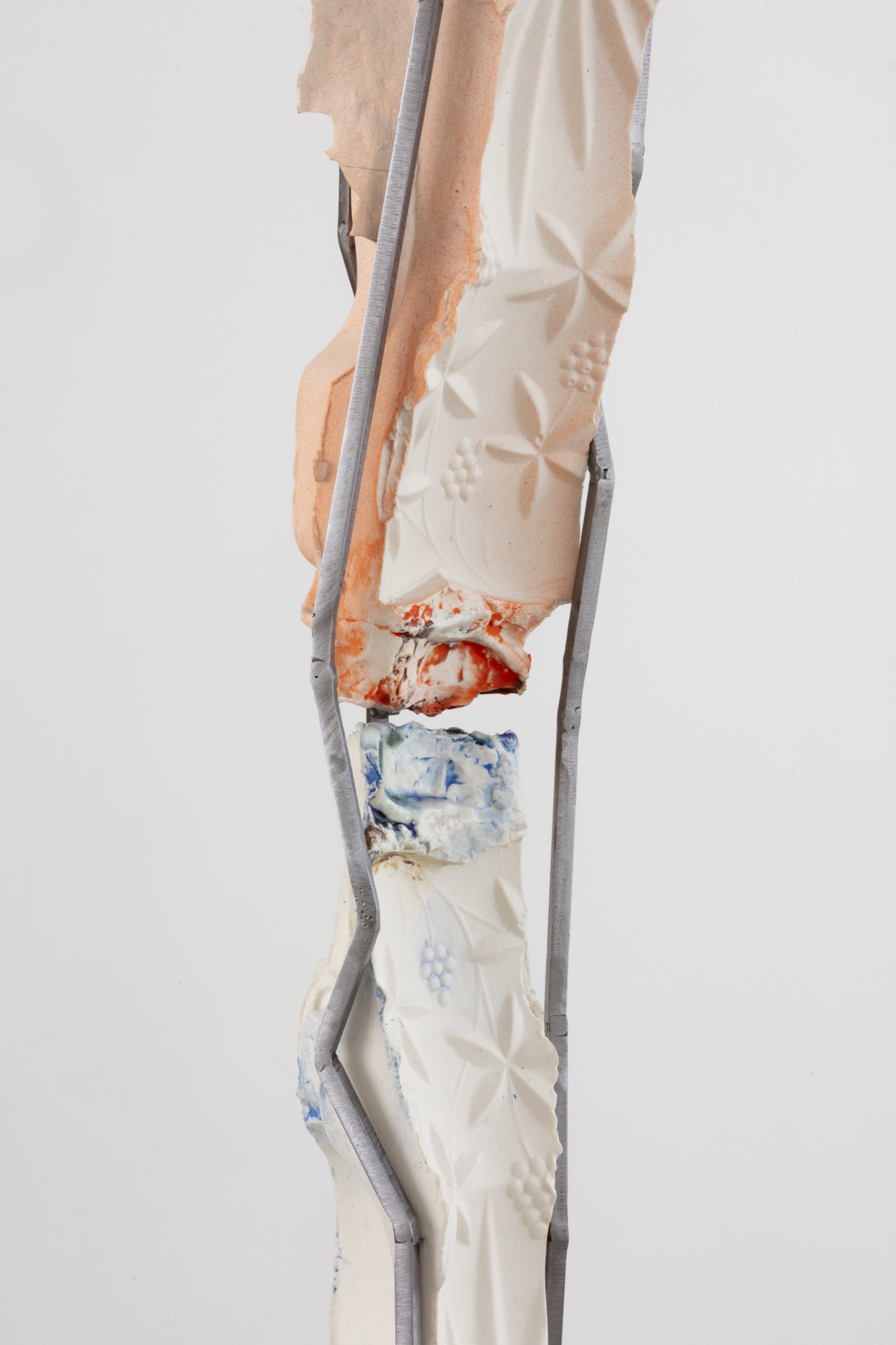 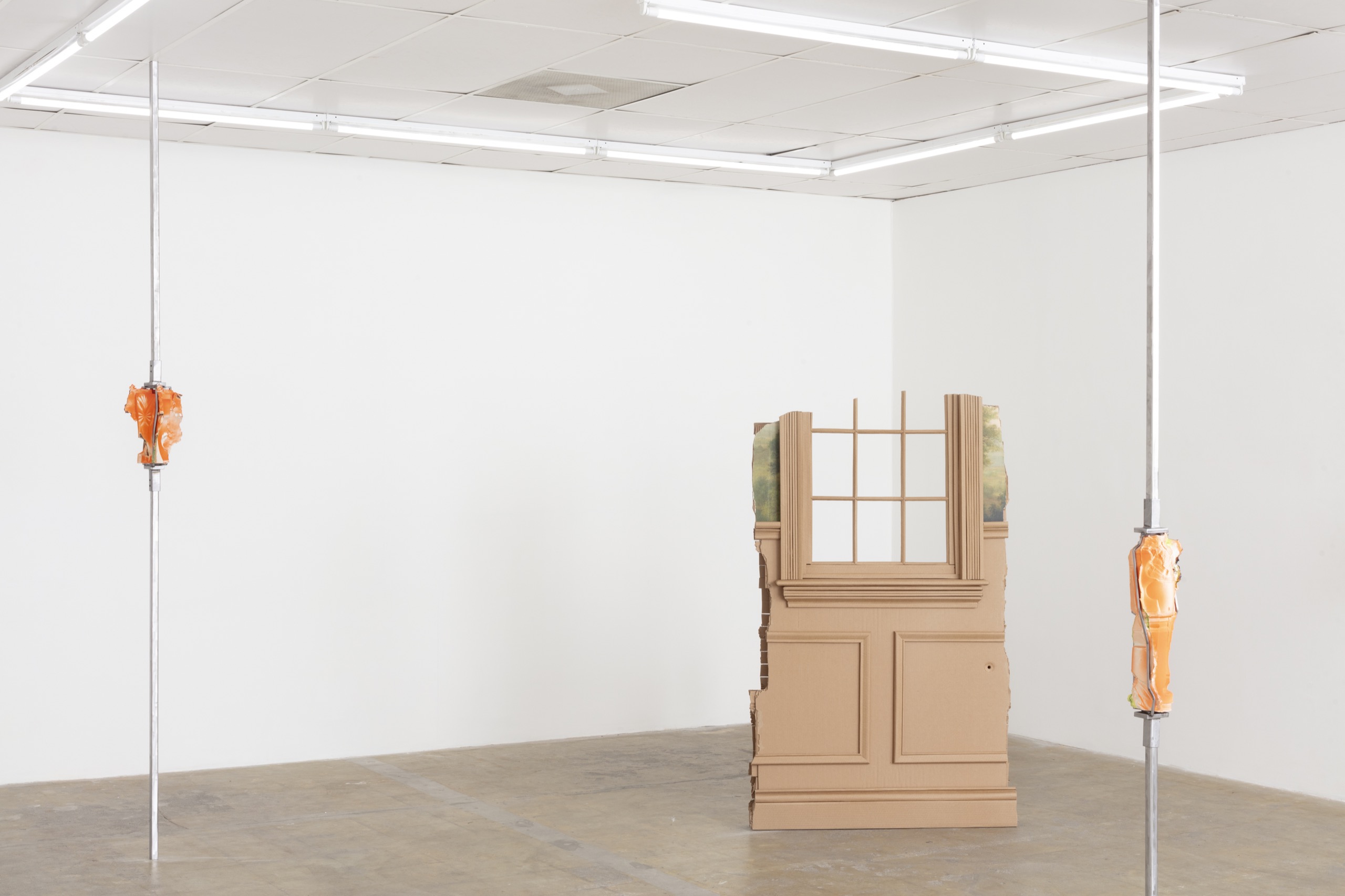 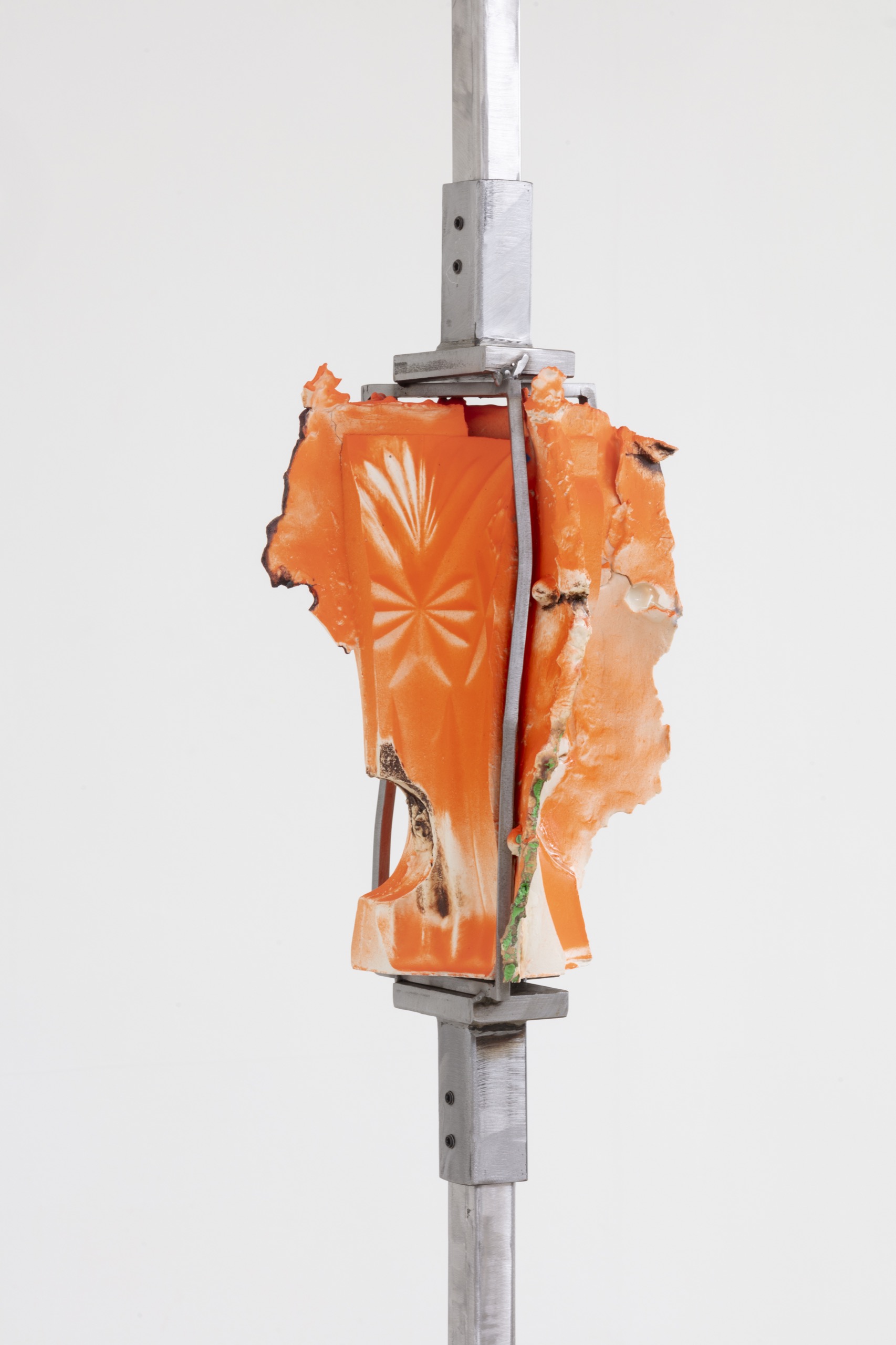 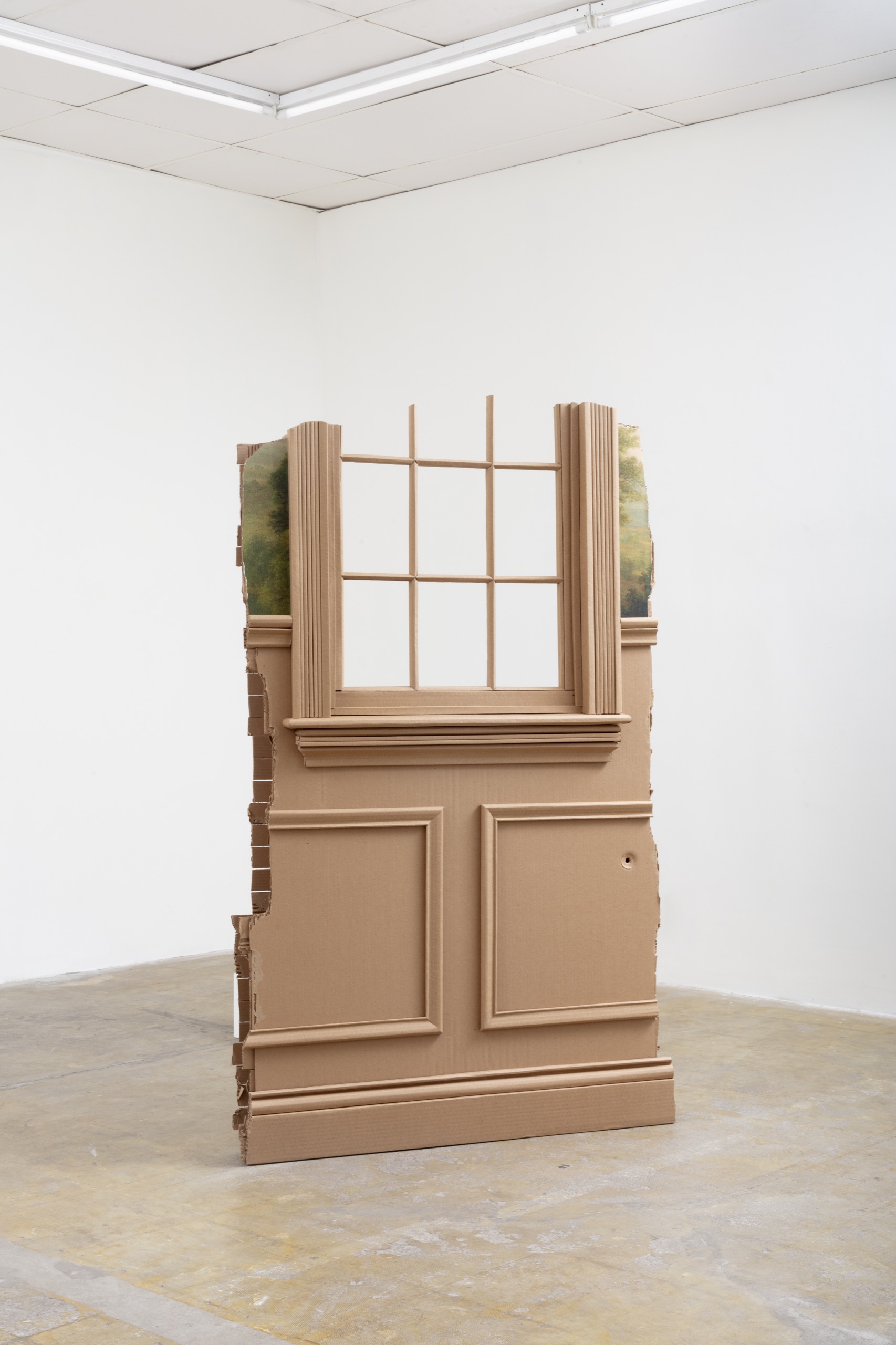 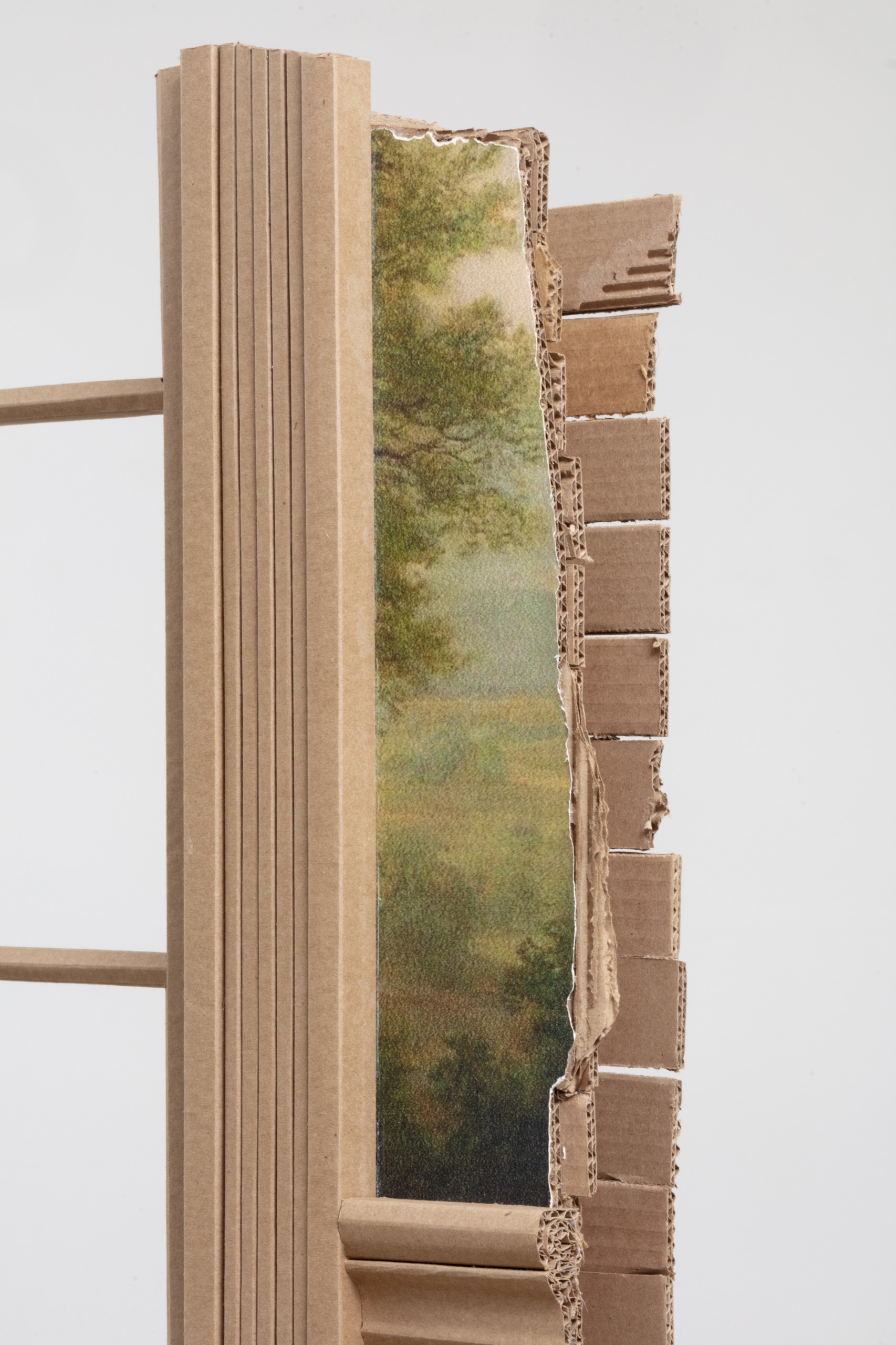 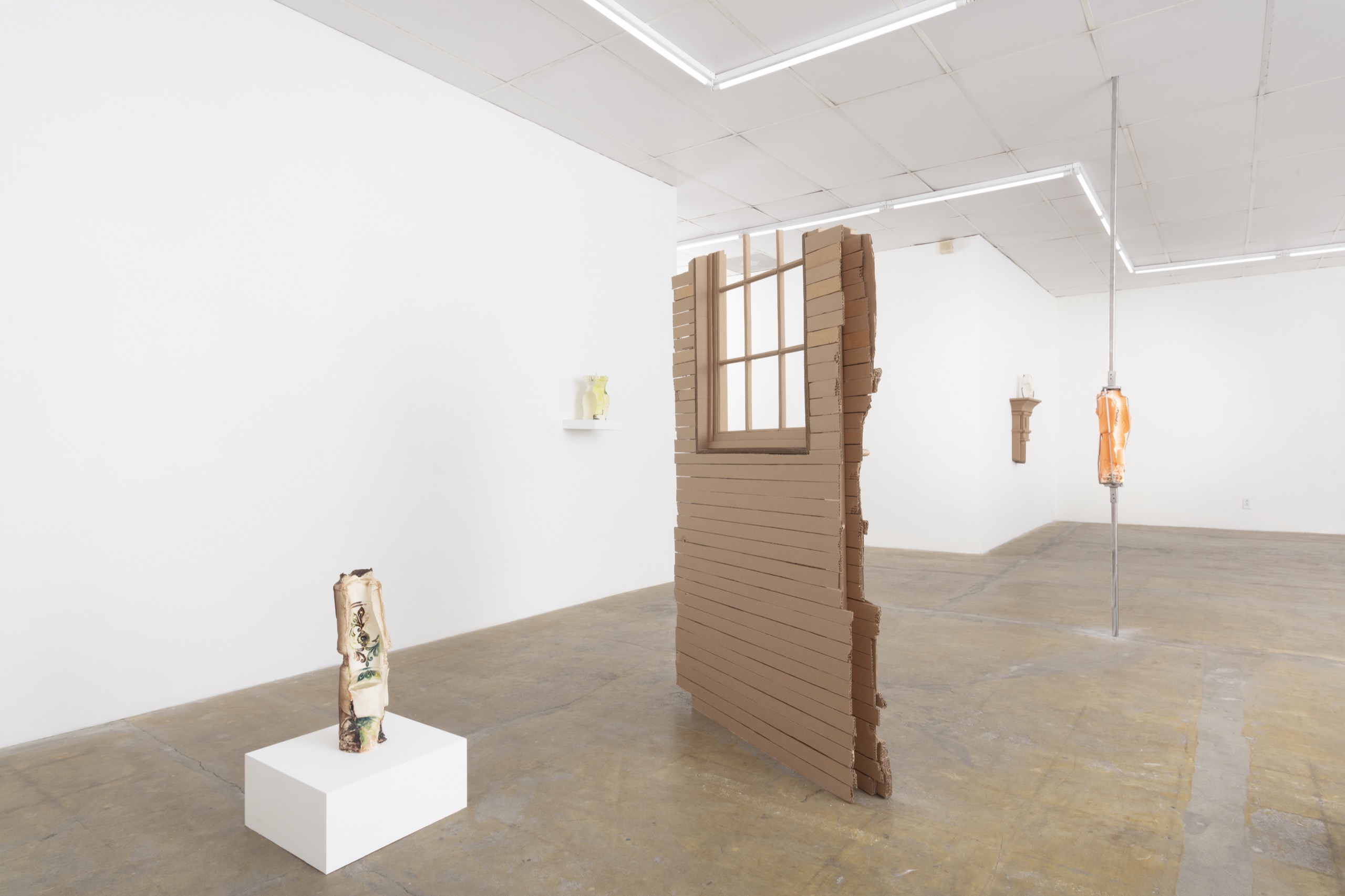 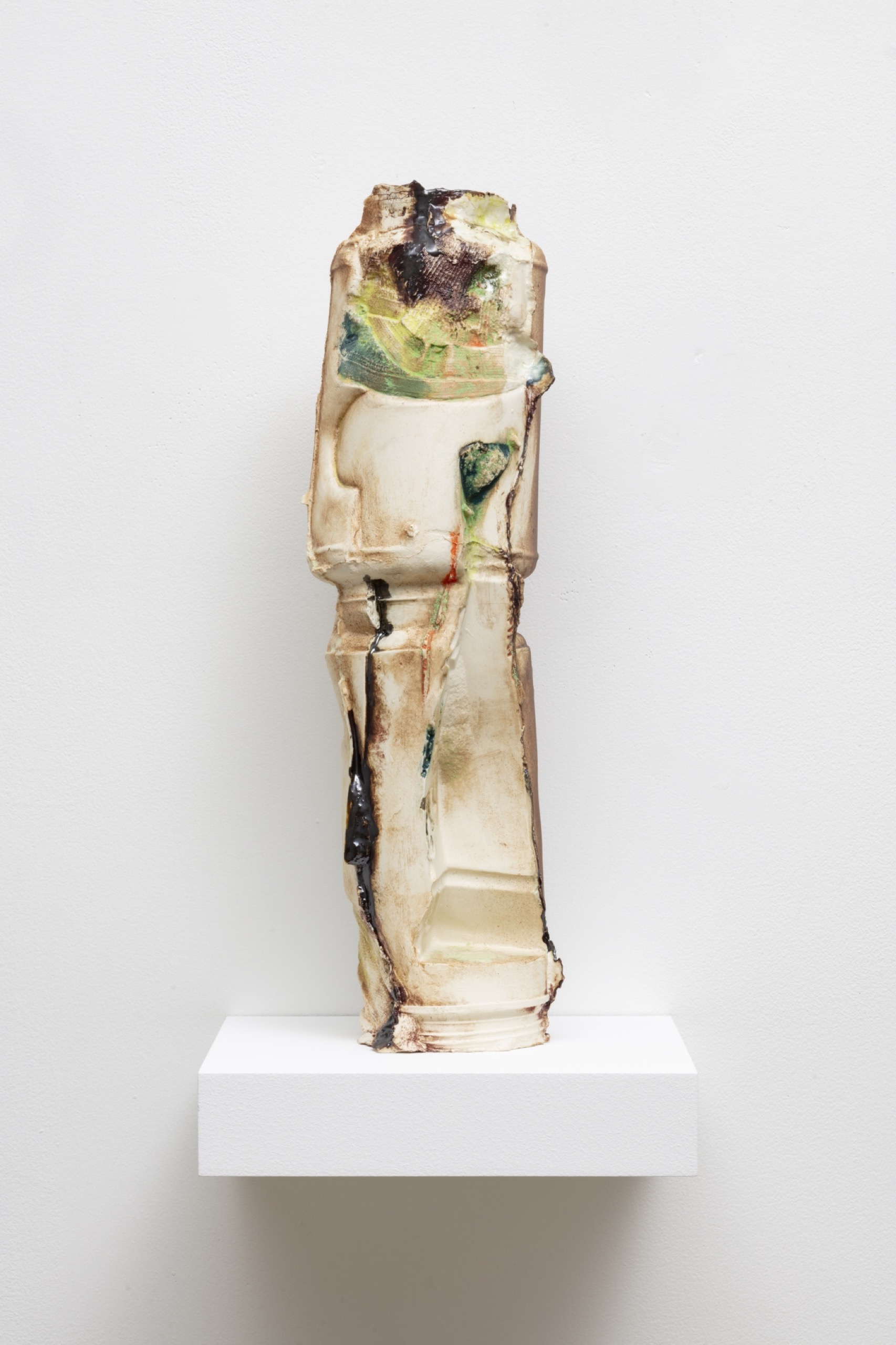 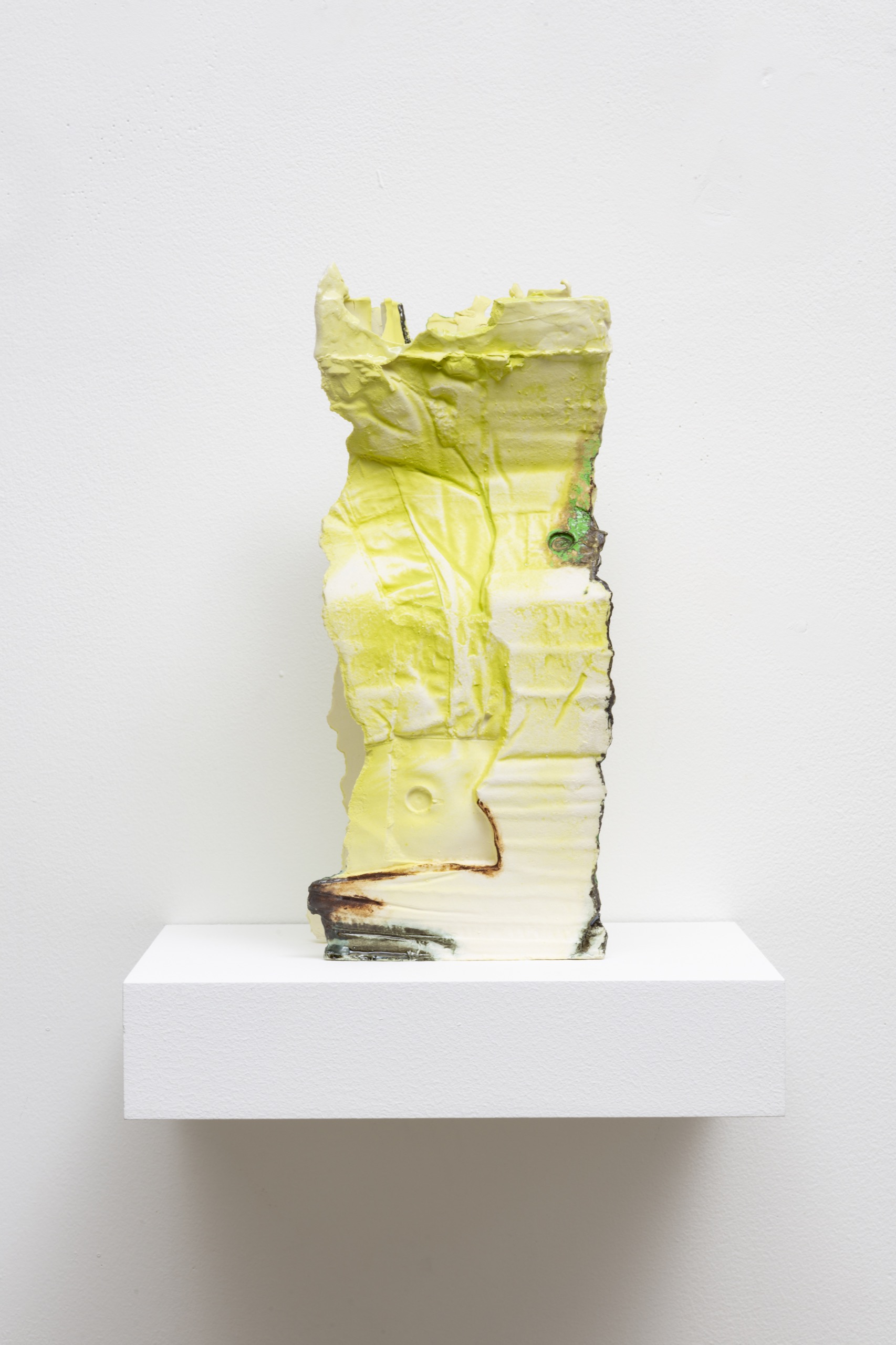 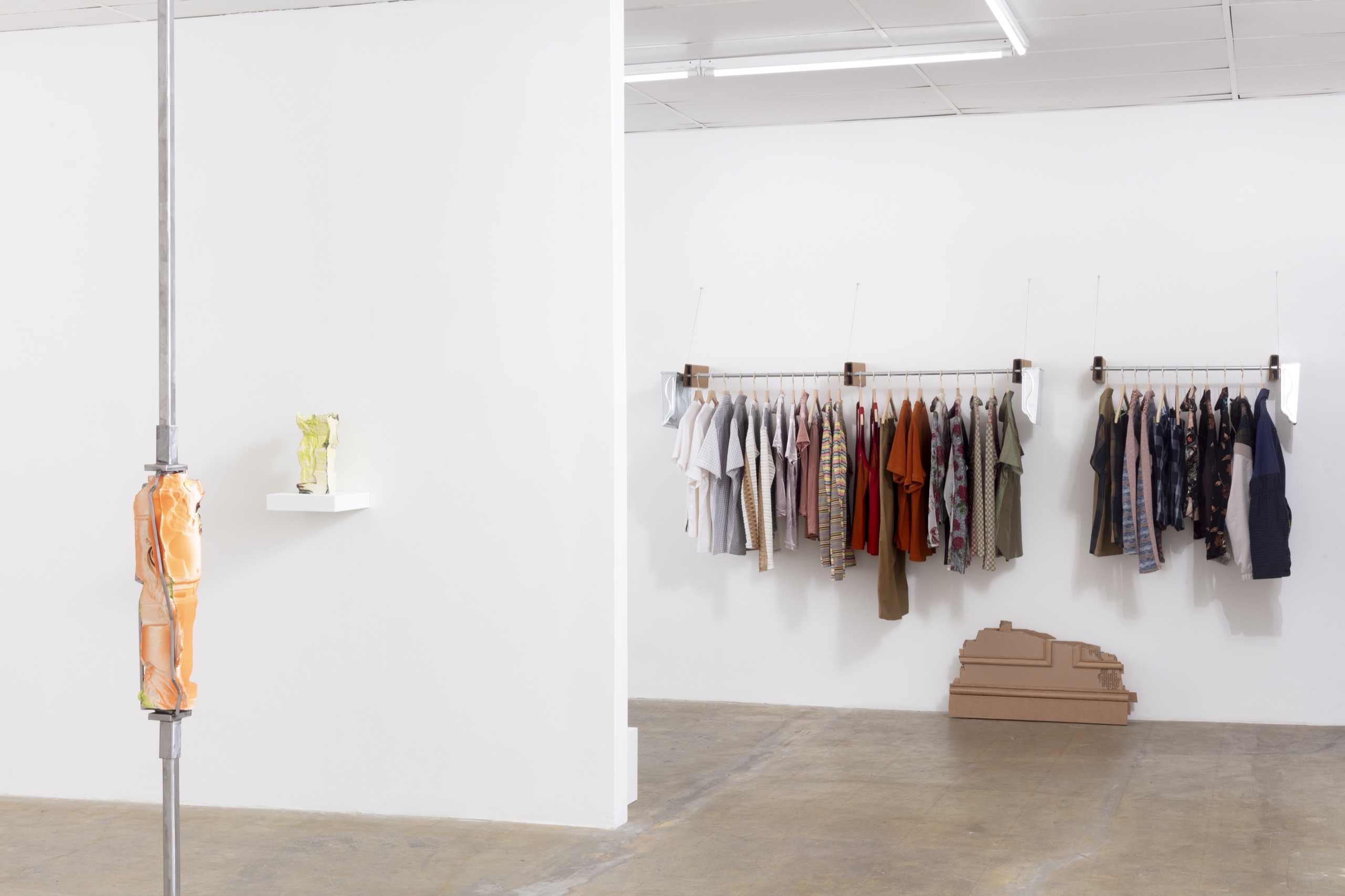 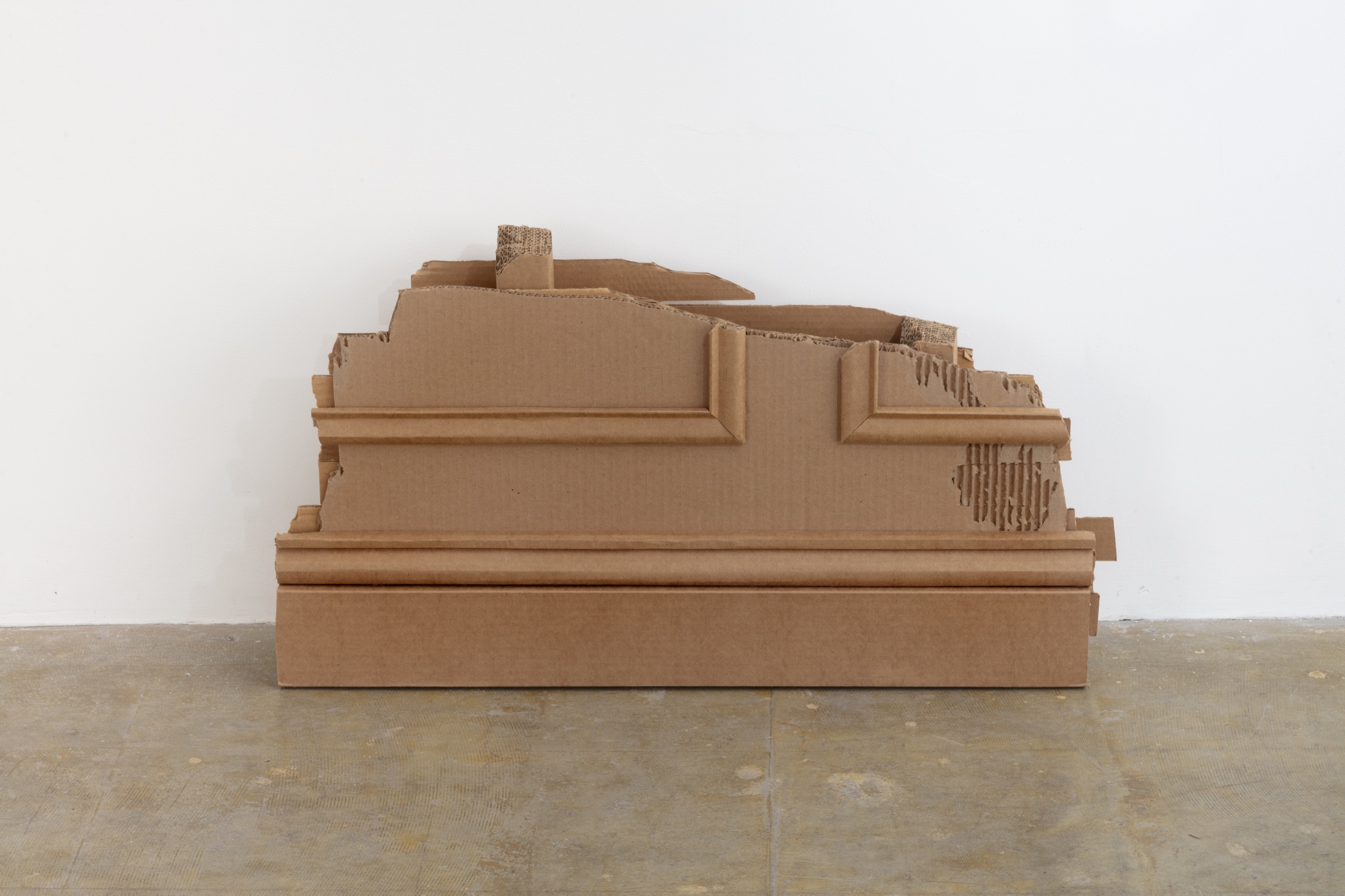 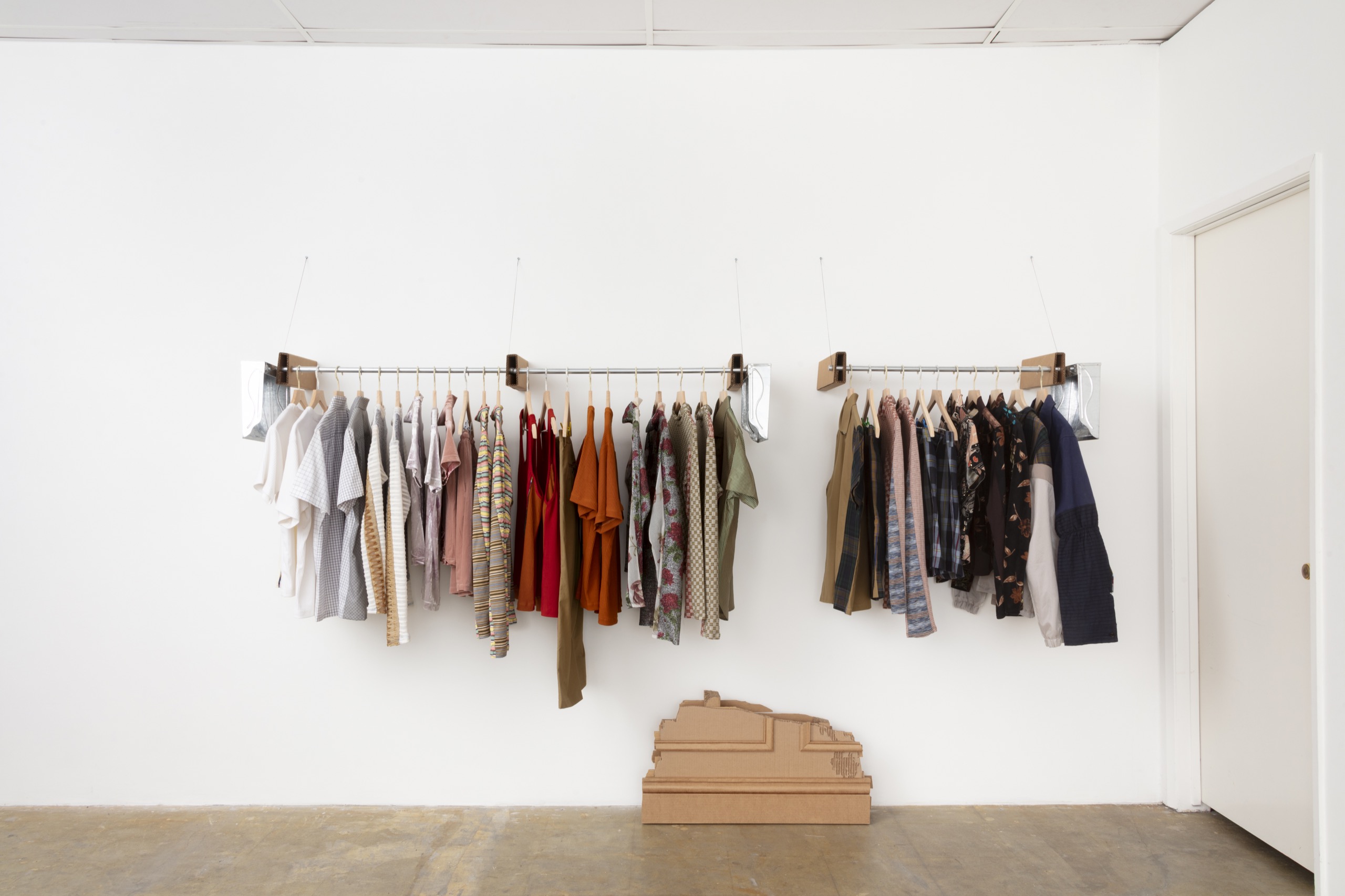 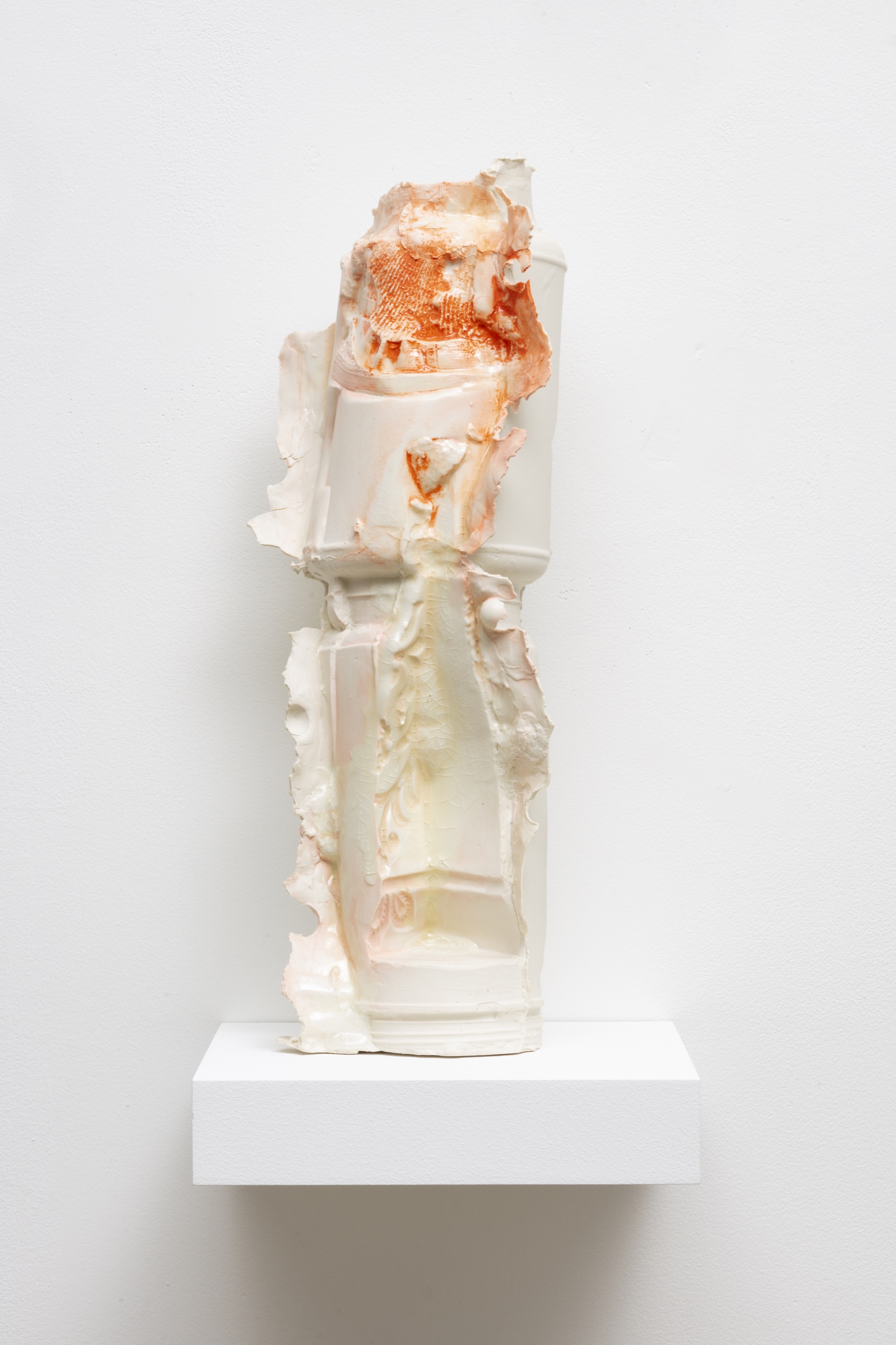 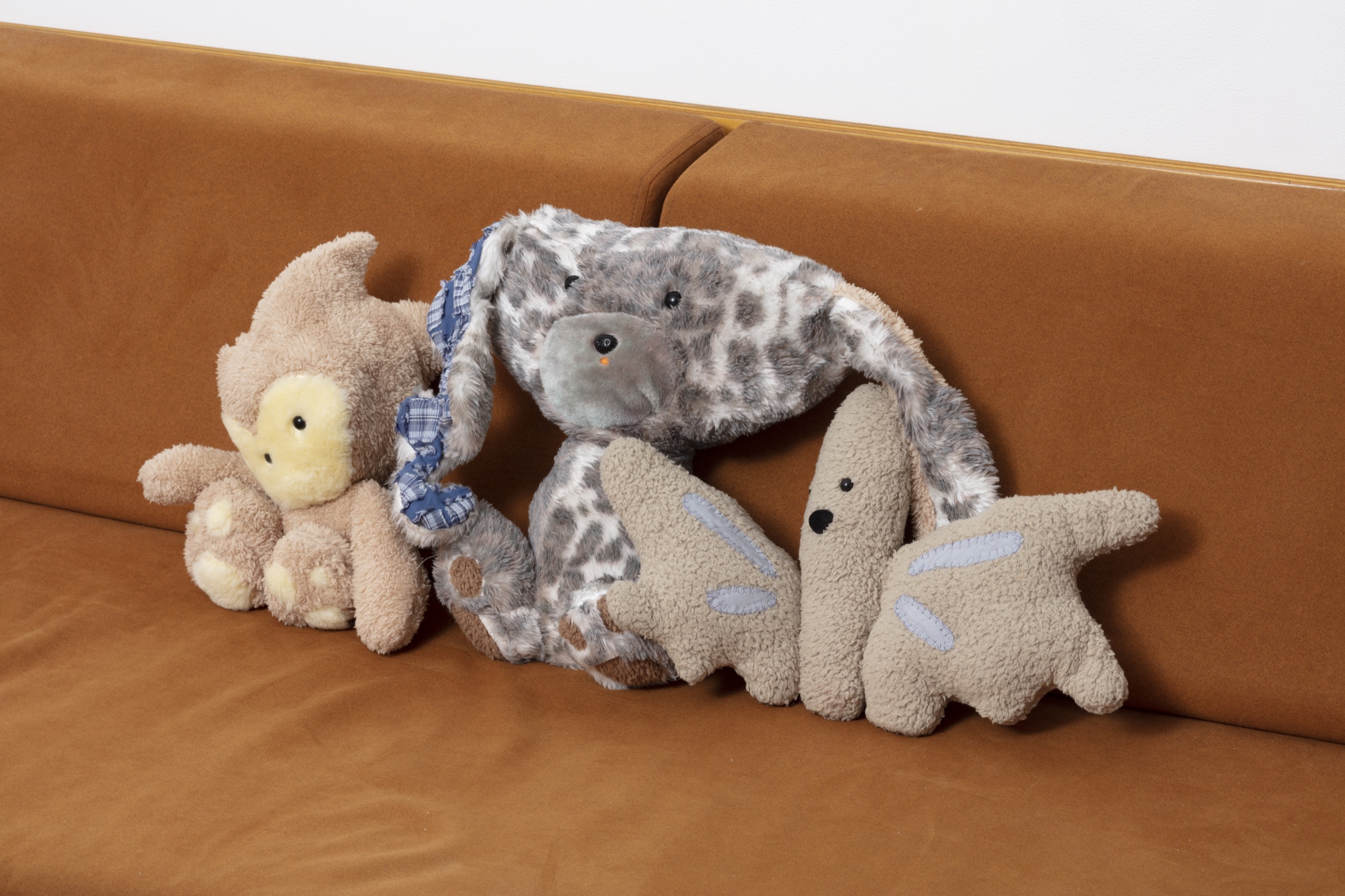 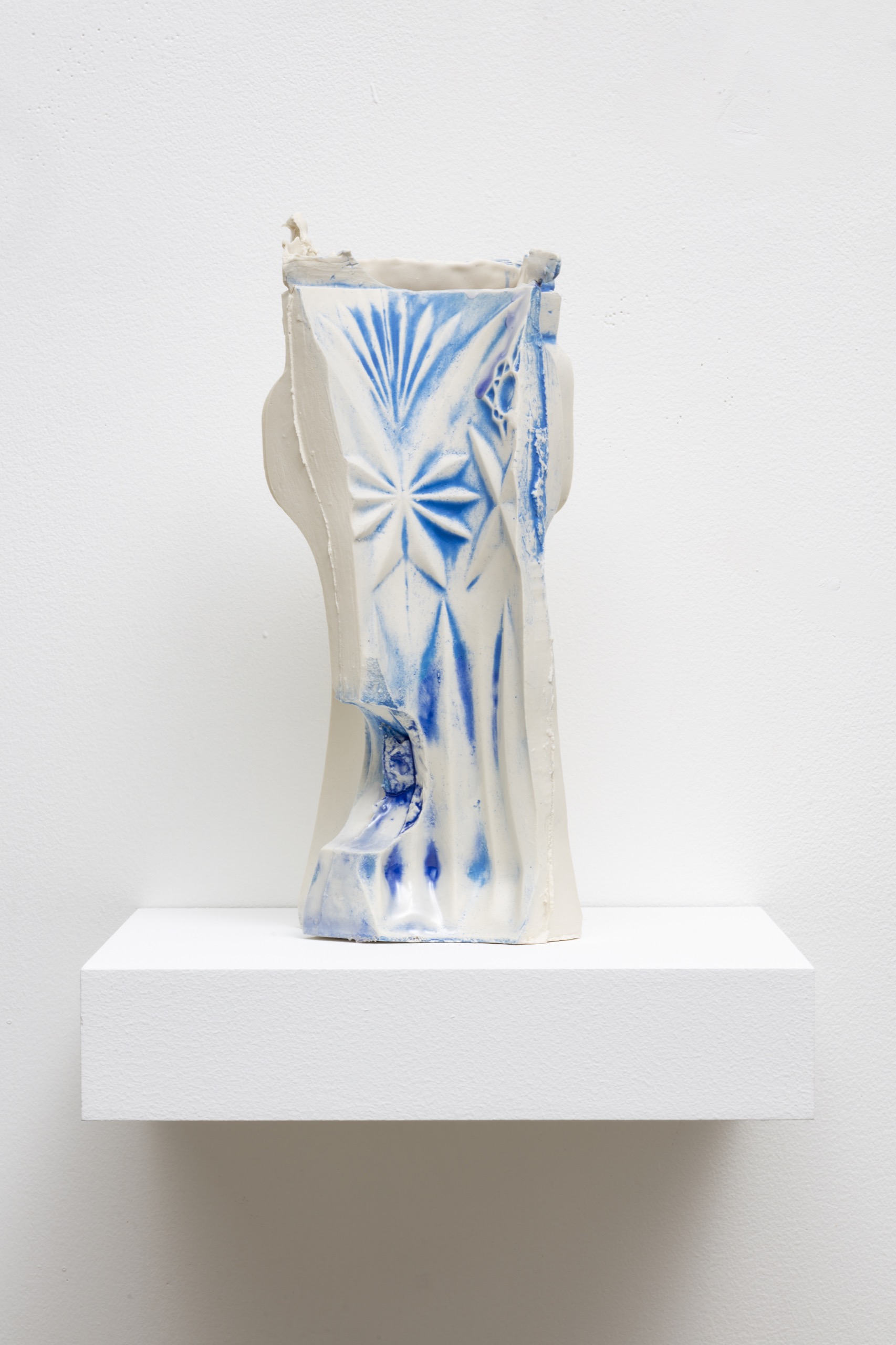 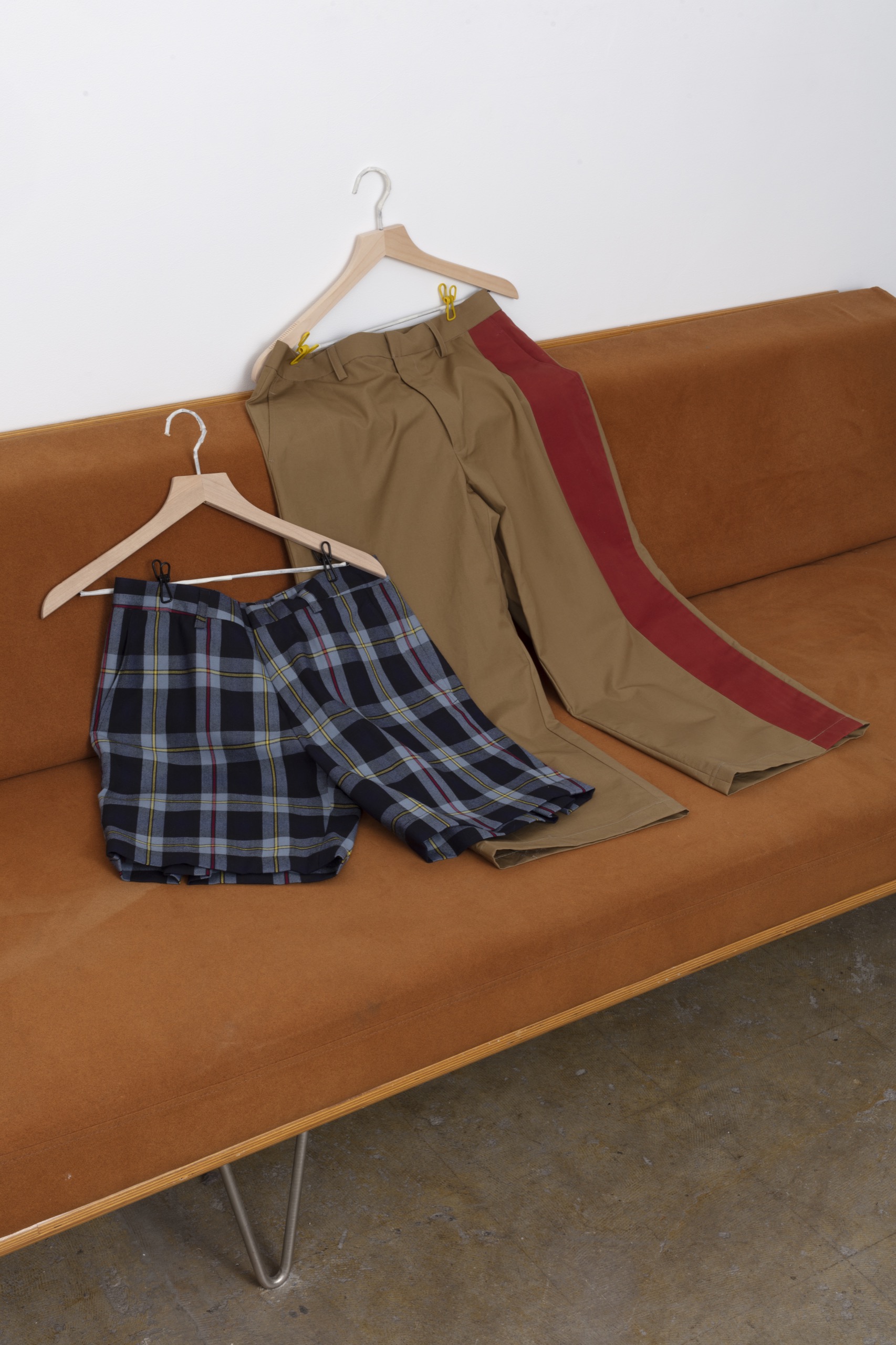 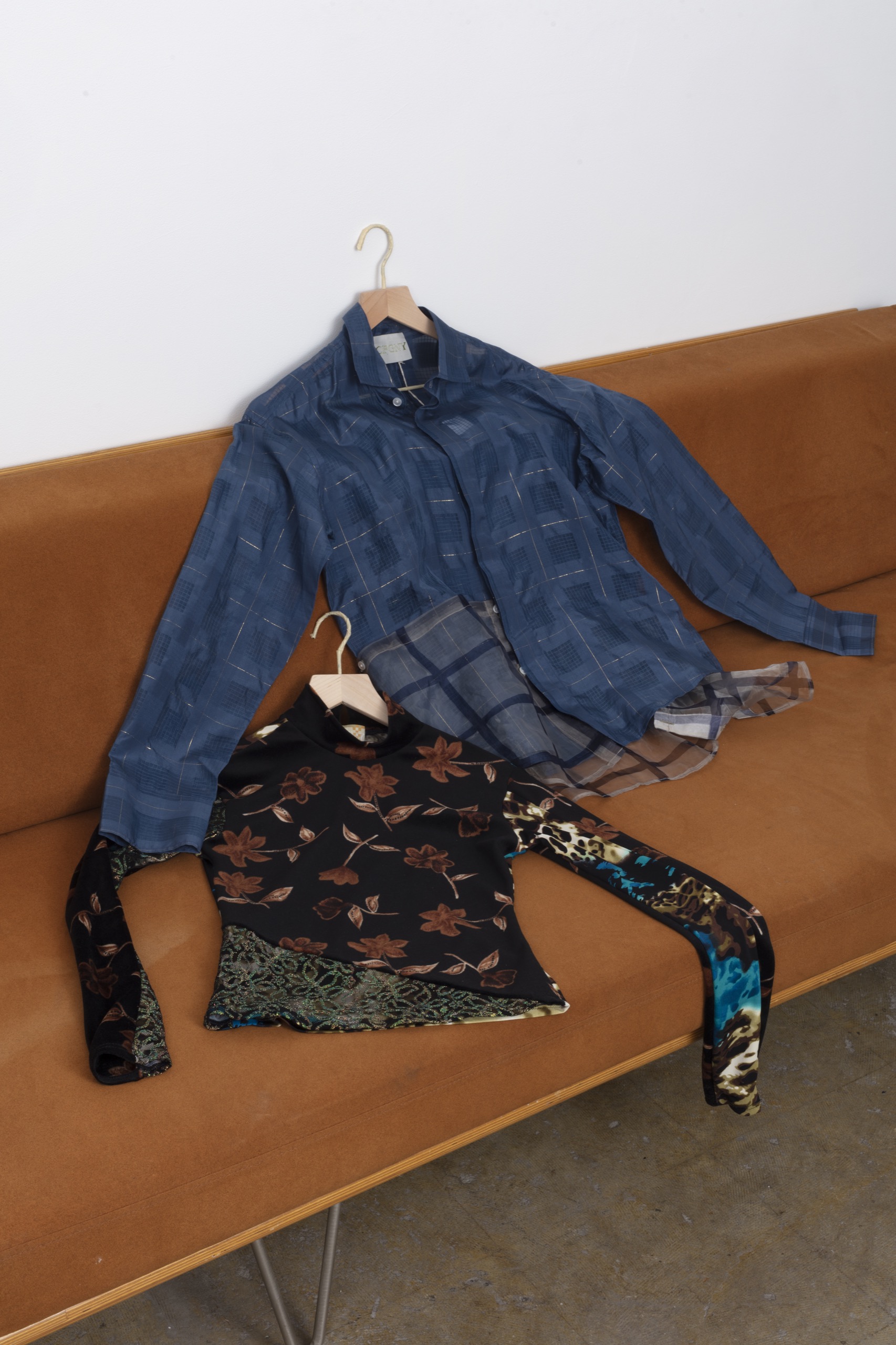 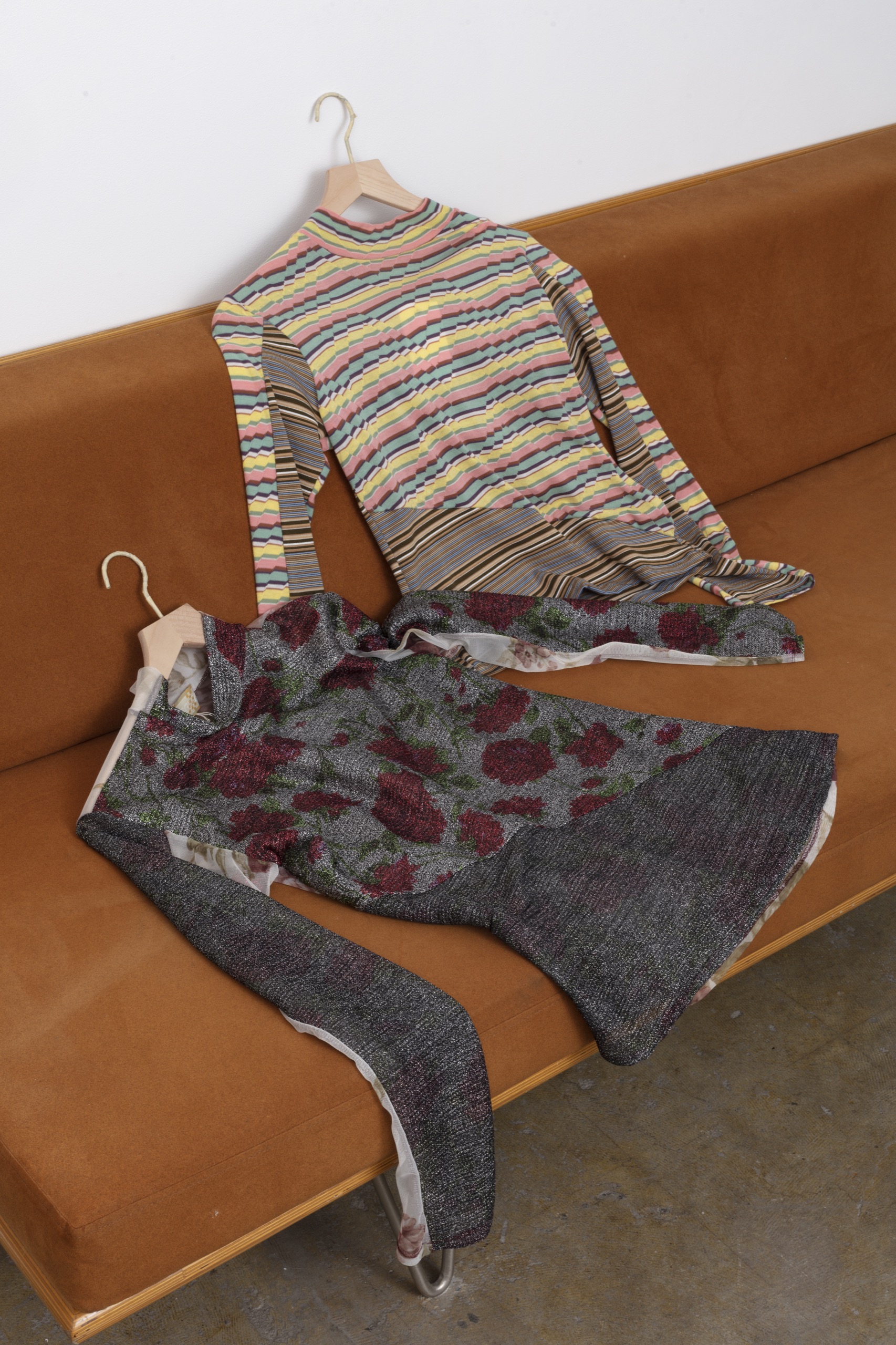 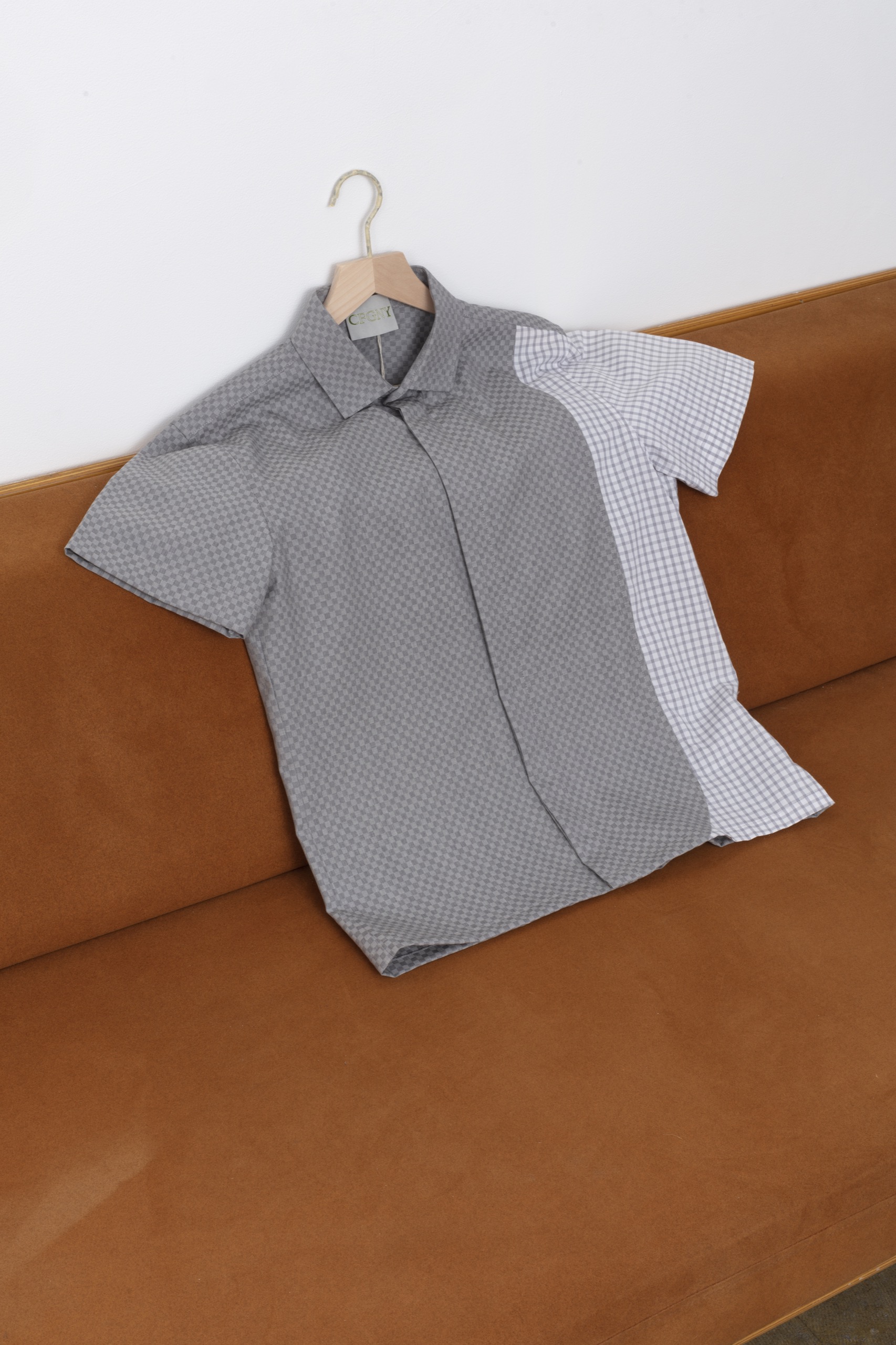 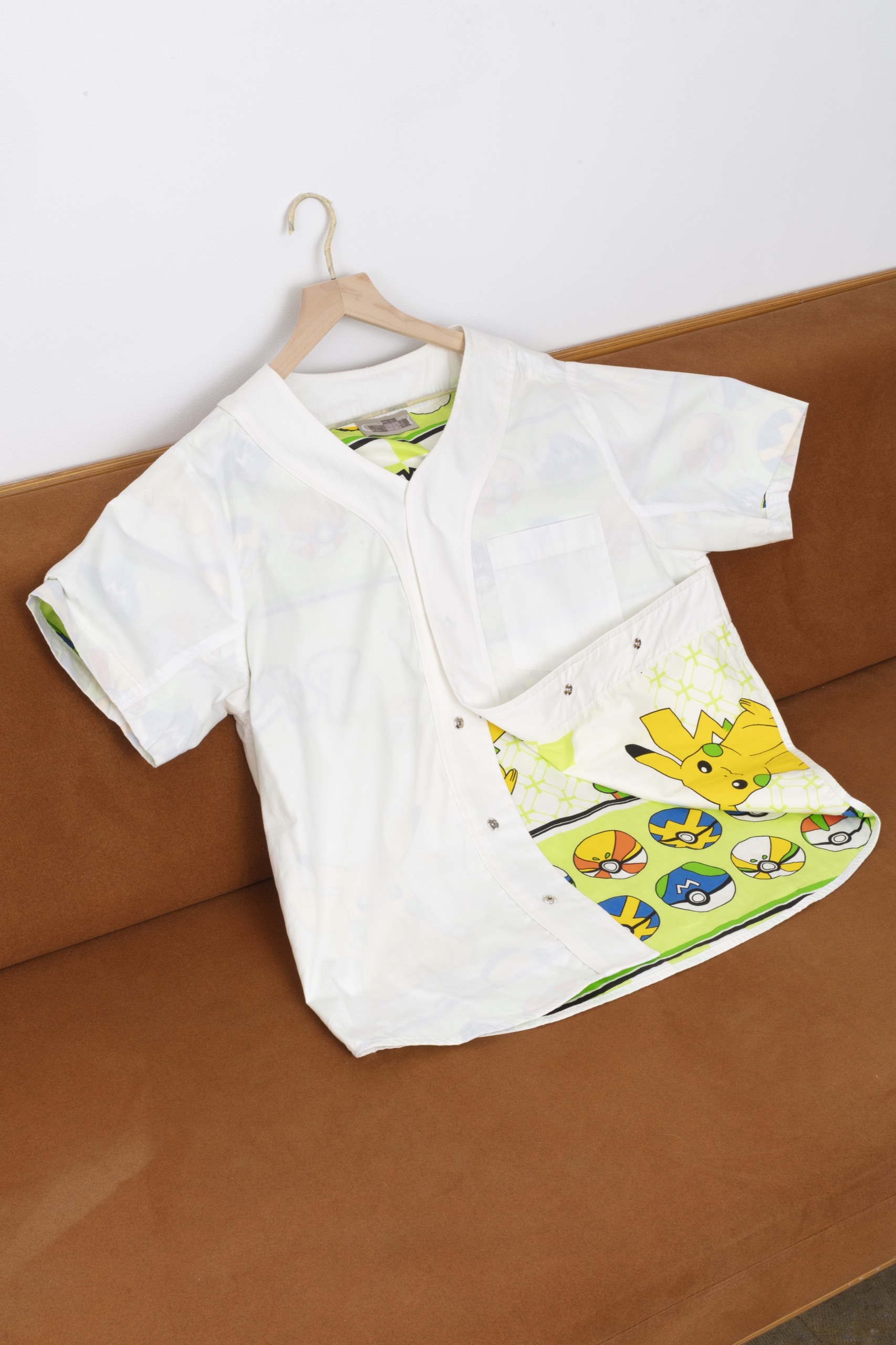 The starting point for CFGNY’s Bel Ami presentation is porcelain. The formula for this art form was a prized secret in Asia that Western manufacturers obsessively strived and failed to replicate. A highly desired luxury good, the close-knit nature of the chemical composition made for an ideal vessel. This pale, smooth, and dewy material was popularly compared to skin. In the era of Mercantilism the integration of porcelain goods into American homes signaled a flourishing economy sophisticated enough to trade with Asia independently of British powers. The psychological presence of an elusive and commodity-rich China, made manifest in the American consciousness through imported decor, later became a part of the post-WWII American home and more broadly influential in the development of US consumer culture.

Devising a new method of porcelain production informed by this history, CFGNY creates plaster molds of the negative spaces between familiar household objects staged like still-lifes: clothing, plastic vases Made in China, and other knick-knacks sourced from dollar stores and thrift shops. Porcelain clay slip is poured into the molds, and the cast forms are then fired and glazed. The result: brightly-colored, oozing vessels are imprinted and textured by the materials that shaped them. Some of the pieces are stacked and suspended at eye level via welded steel armatures. Like surgical pins in a fractured limb, the metal on porcelain evokes bone relics, or perhaps a re-animated skeleton. Though this slip casting technique allows for endless copies, each vessel receives a unique glazing treatment. This points to the many possibilities for building a mass-produced yet individualized identity.

In the Bel Ami space, CFGNY uses cardboard architectural fragments to reenact the colonial domestic settings that staged, supported, and appropriated Asian-made goods as emblems of American success. The artists in the collective create and position cardboard mantle pieces, baseboards, and walls around the gallery. Cardboard is a material to which CFGNY continually returns, tapping into a globally-recognizable language of affordability, import, and export. Several architectural fragments are adorned with wallpaper made from pixelated copies of a pastoral landscape painting by Hudson River School artist Asher Brown Durand. The image used to create the wallpaper has been ripped from the internet, and like the other objects in the show, does not strive to be an exact replica.

Through porcelain sculptures, cardboard architectural fragments, a reprinted landscape painting employed as wallpaper, handmade clothing and toys, CFGNY references the US and China trade in acts of reproduction that tap into what they call a “bootleg identity.” CFGNY positions the manufacture of knock-offs not as an attempt to copy an original source, but rather as a process that is always altering, a collective act of replication that adds new meanings with each shift. A bootleg identity is a mode of expansion and transition with endless potential. In the modern context of rapid global exchange, it functions flexibly, approaching race, culture, and language through its multiplicity. This reflection by the NYC-based artist collective into the past and present of the bootleg shows how quickly culture morphs and yet how long its imprint lingers in the imagination.

CFGNY began in 2016 as an ongoing dialogue between Tin Nguyen and Daniel Chew on the intersection of fashion, race, identity and sexuality. Joined by Kirsten Kilponen and Ten Izu in 2020, CFGNY continuously returns to the term “vaguely Asian,” an understanding of racial identity as a specific cultural experience combined with the experience of being perceived as other. CFGNY does not wish to represent what it means to be “Asian” in the singular; instead, it encourages the visualization of the countless ways one is able to be in the plural. They currently live and work in New York. CFGNY has exhibited and performed at institutions and galleries internationally, including the Stedelijk Museum, Amsterdam (2018); Berlinische Galerie, Berlin (2021); X Museum, Beijing (2021); Auto Italia, London (2021); Ann Street Gallery, New York (2021); Etage Projects, Copenhagen (2020); 47 Canal, New York (2019); RISD Museum, Providence (2019); Belo Campo, Lisbon (2019); Kayokoyuki Gallery, Tokyo (2019); and PS1, New York (2018). They recently participated in lecture series’ and residencies at the Henry Art Museum, Seattle (2022) and Triple Canopy, New York (2020)

Talia Heiman is Curatorial Assistant of the 58th Carnegie International, Carnegie Museum of Art (Pittsburgh, PA). She has previously held curatorial positions at the CCA and Artis (both Tel Aviv), ICA Philadelphia, MoMA and Artists Space. She has curated exhibitions and performances at The Kitchen (New York, NY); the Hessel Museum of Art (Annandale-on-Hudson, NY); AA|LA Gallery (Los Angeles, CA), and Associated Artists of Pittsburgh. She holds an MA from the Center for Curatorial Studies at Bard College and BA from New York University.