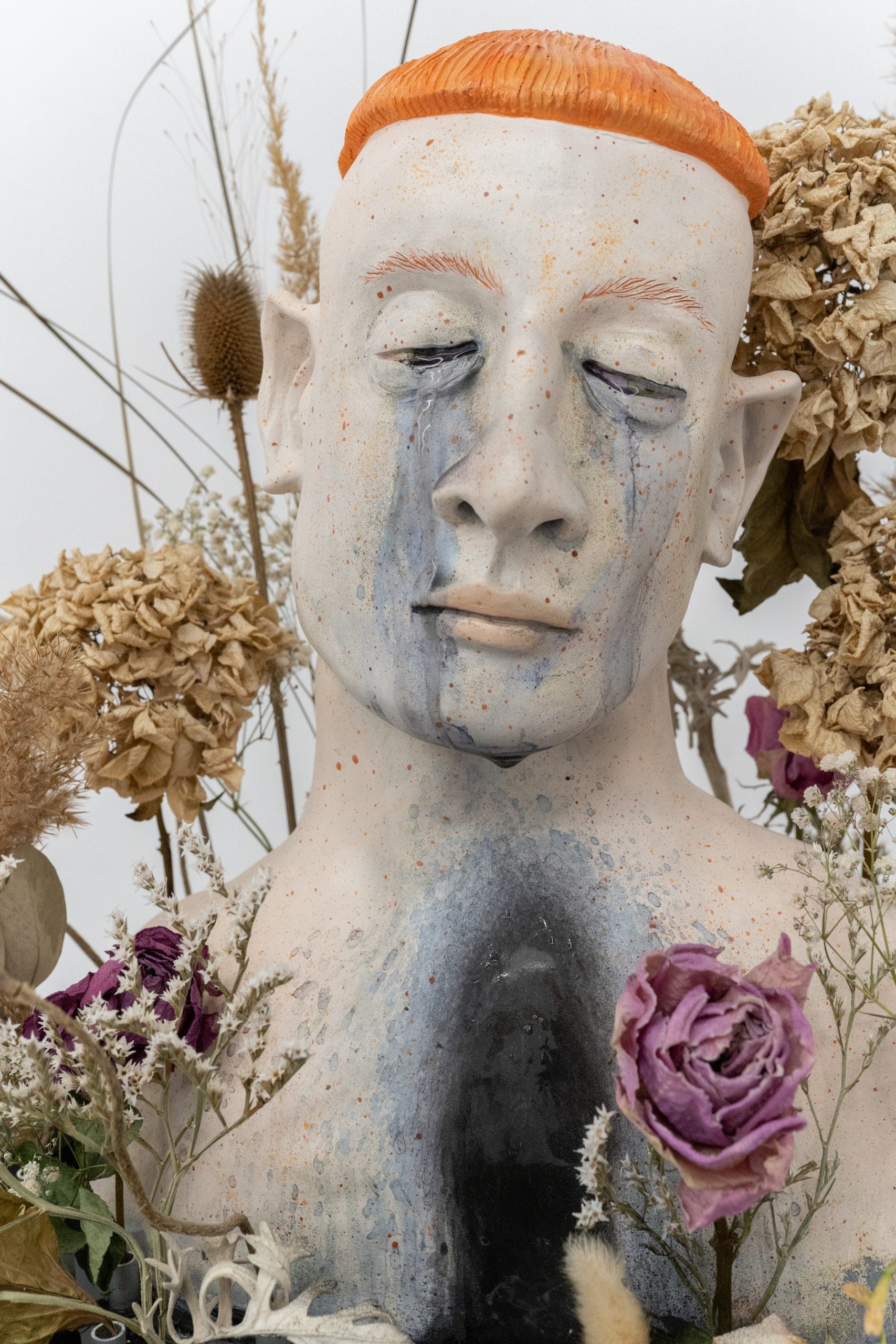 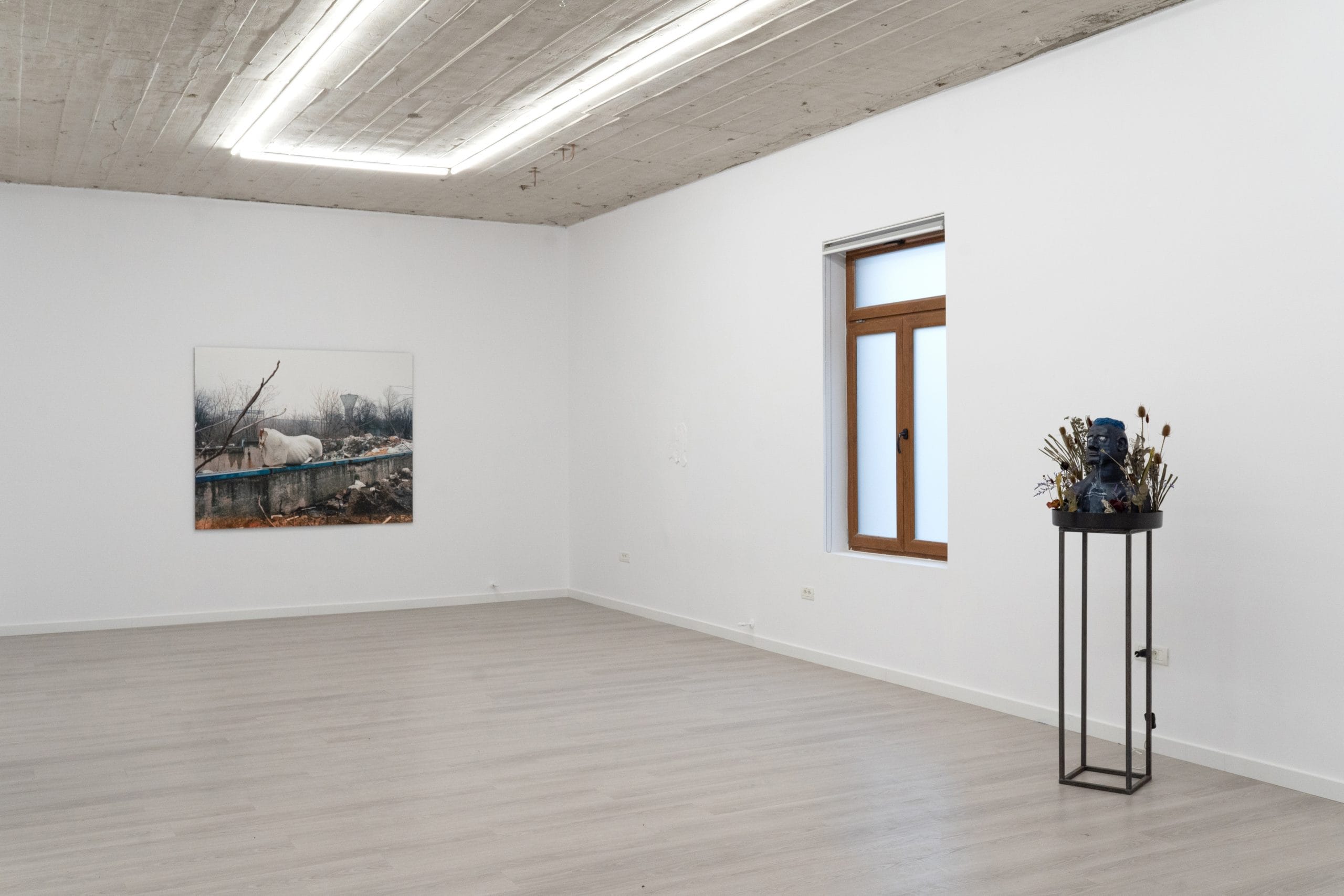 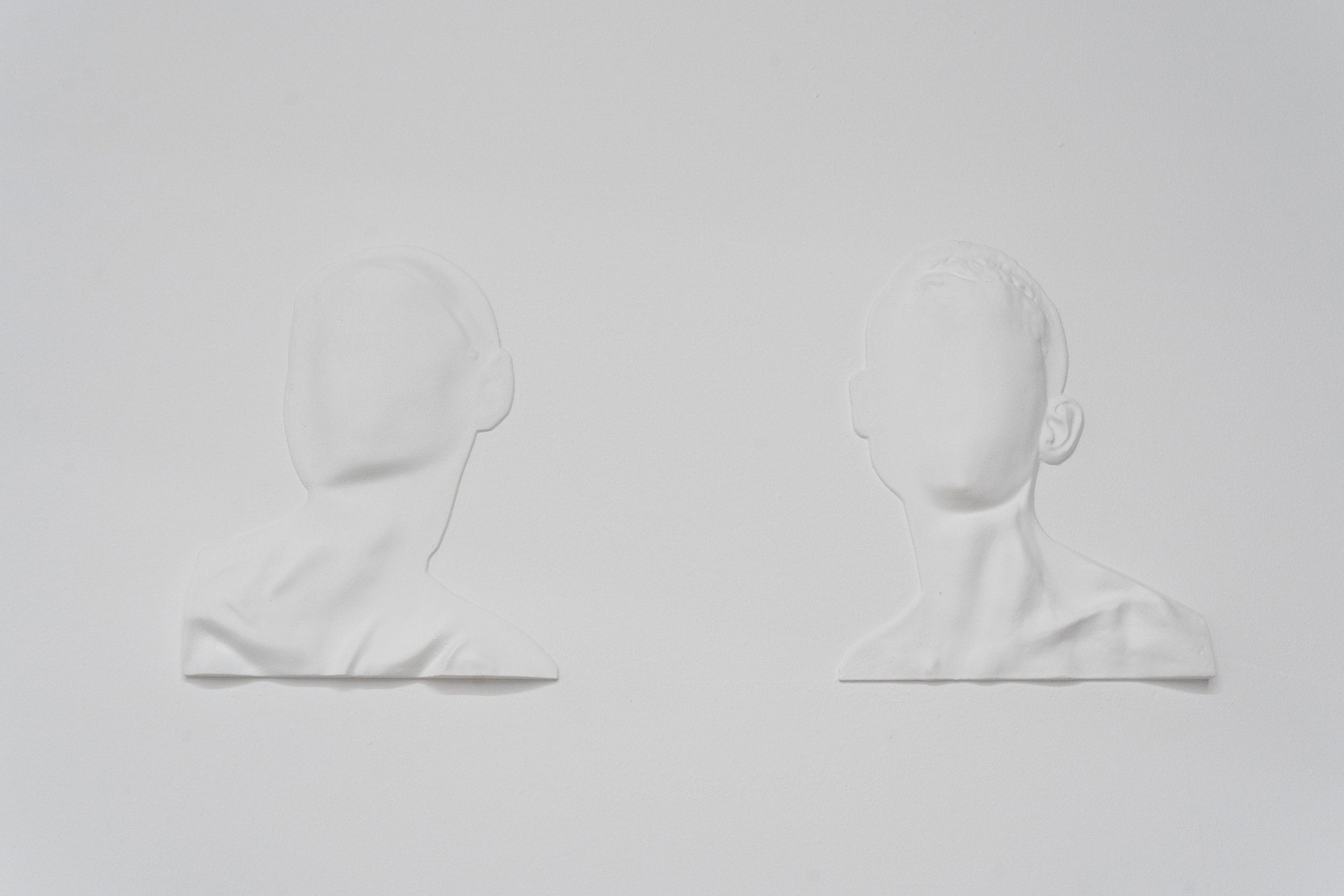 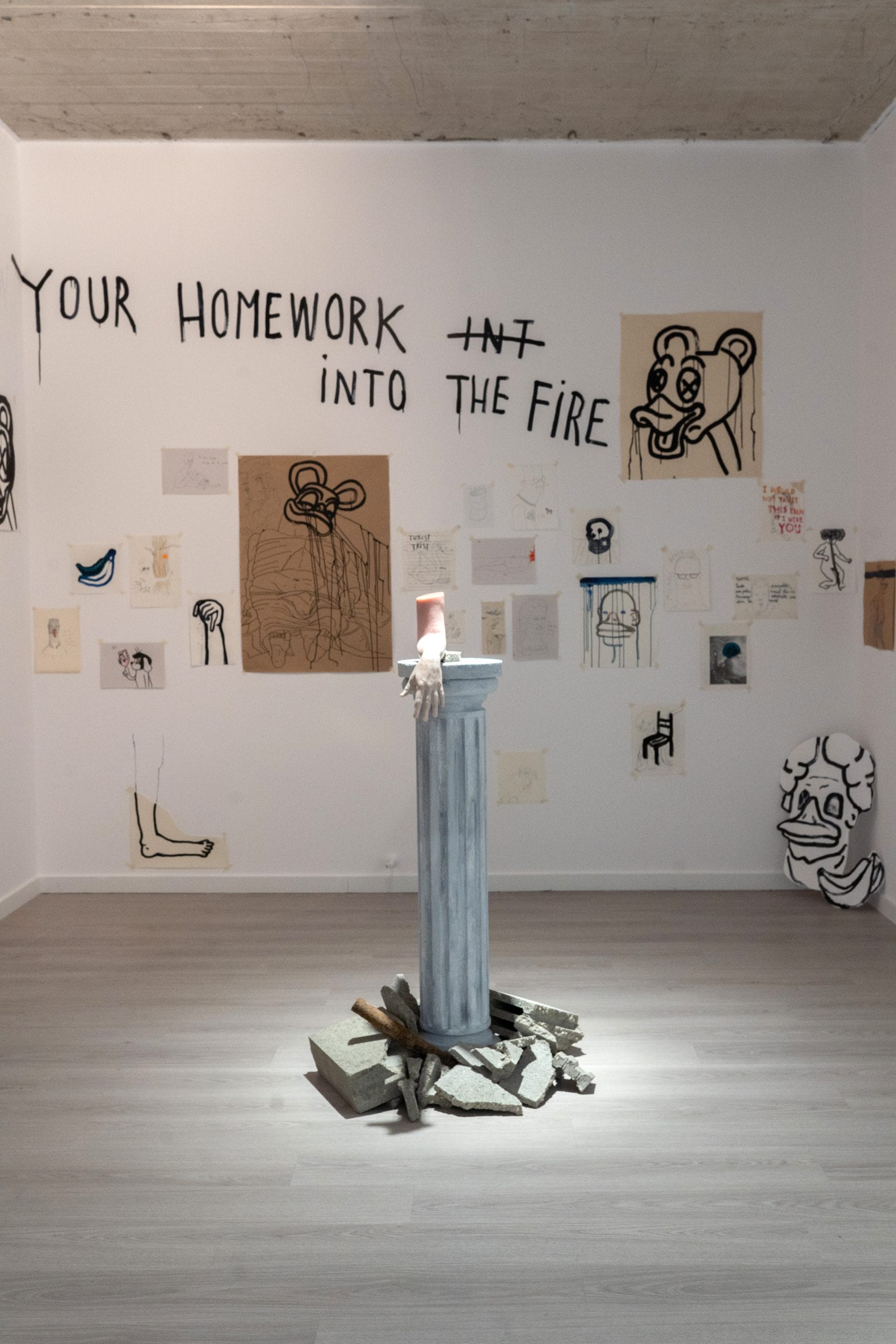 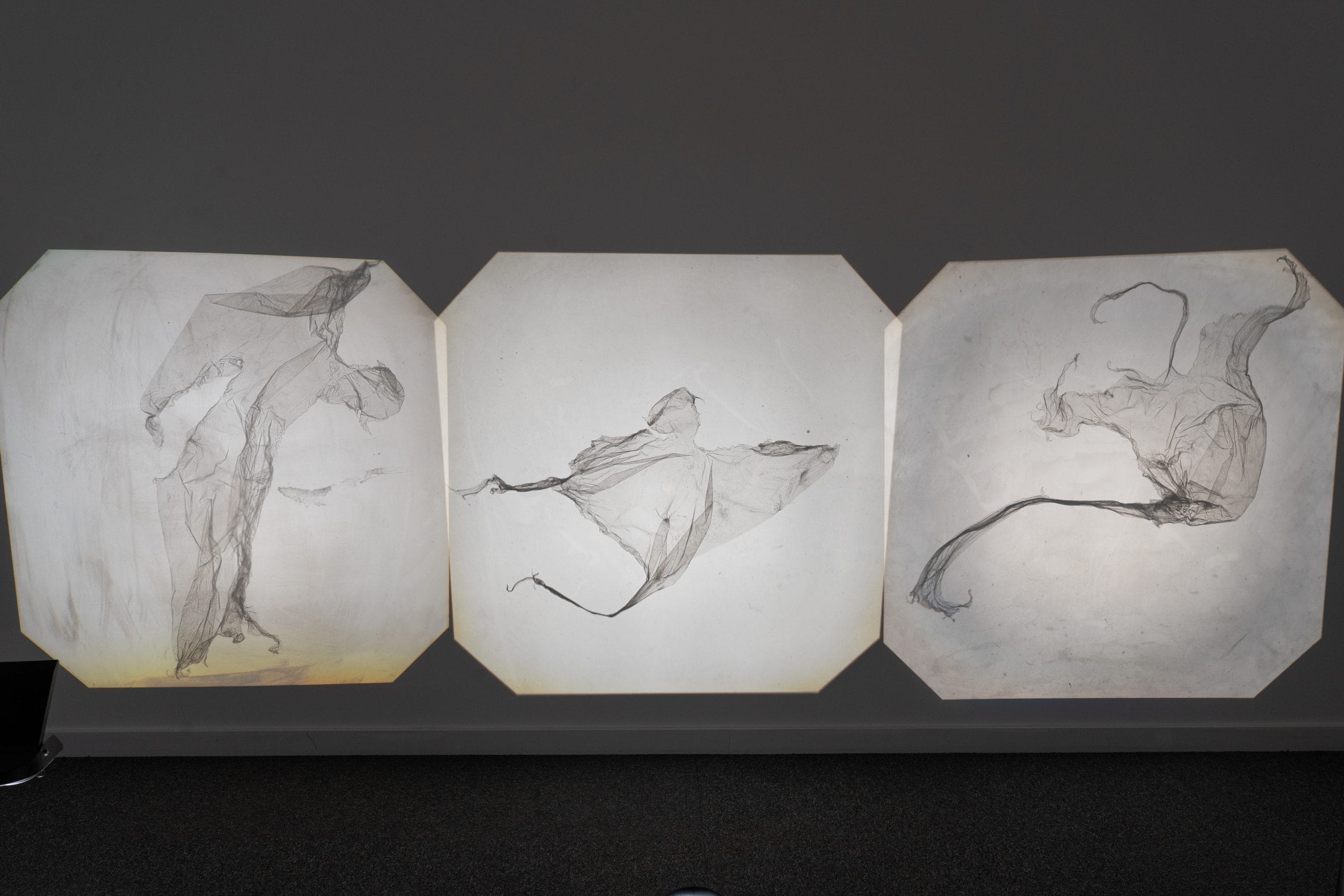 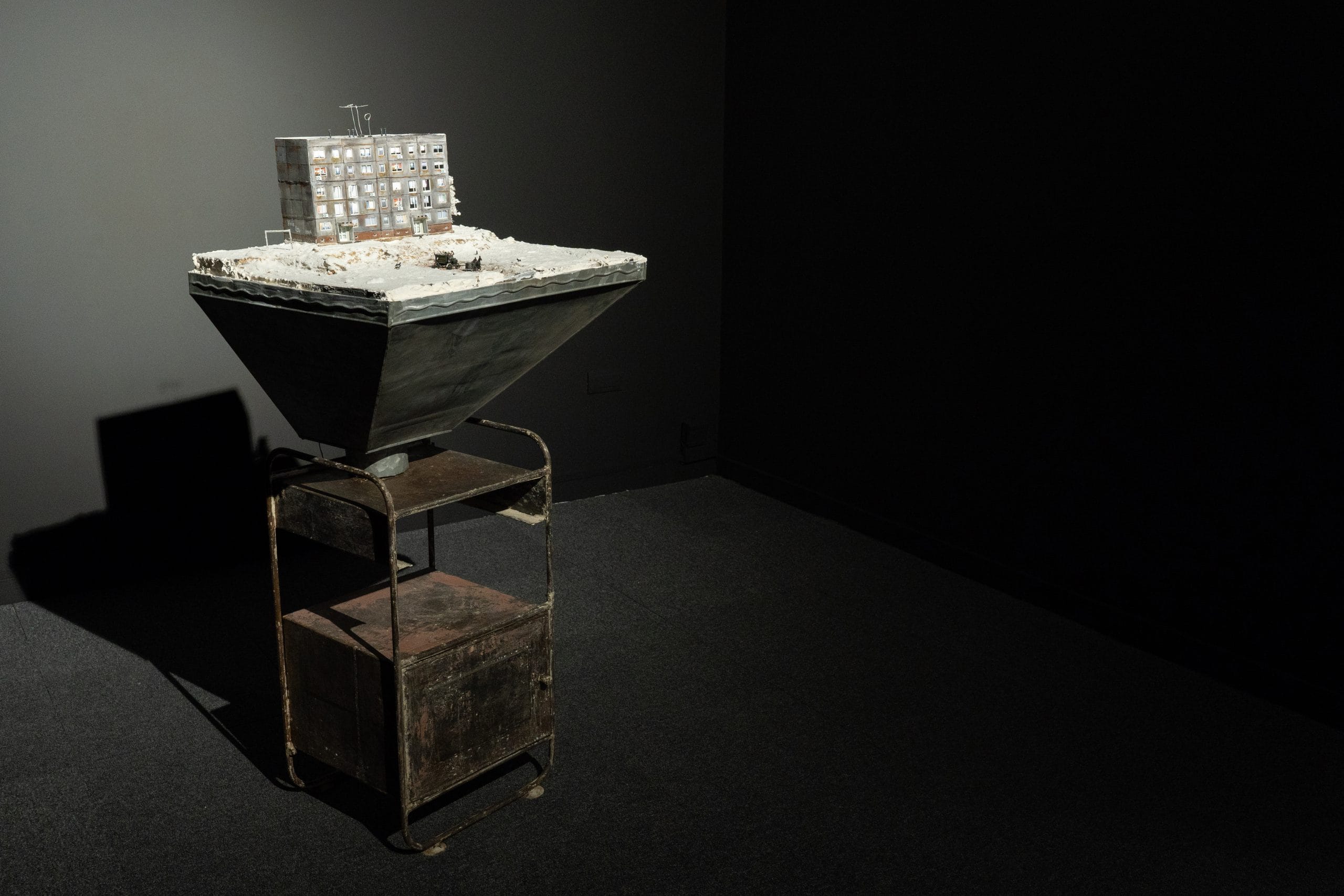 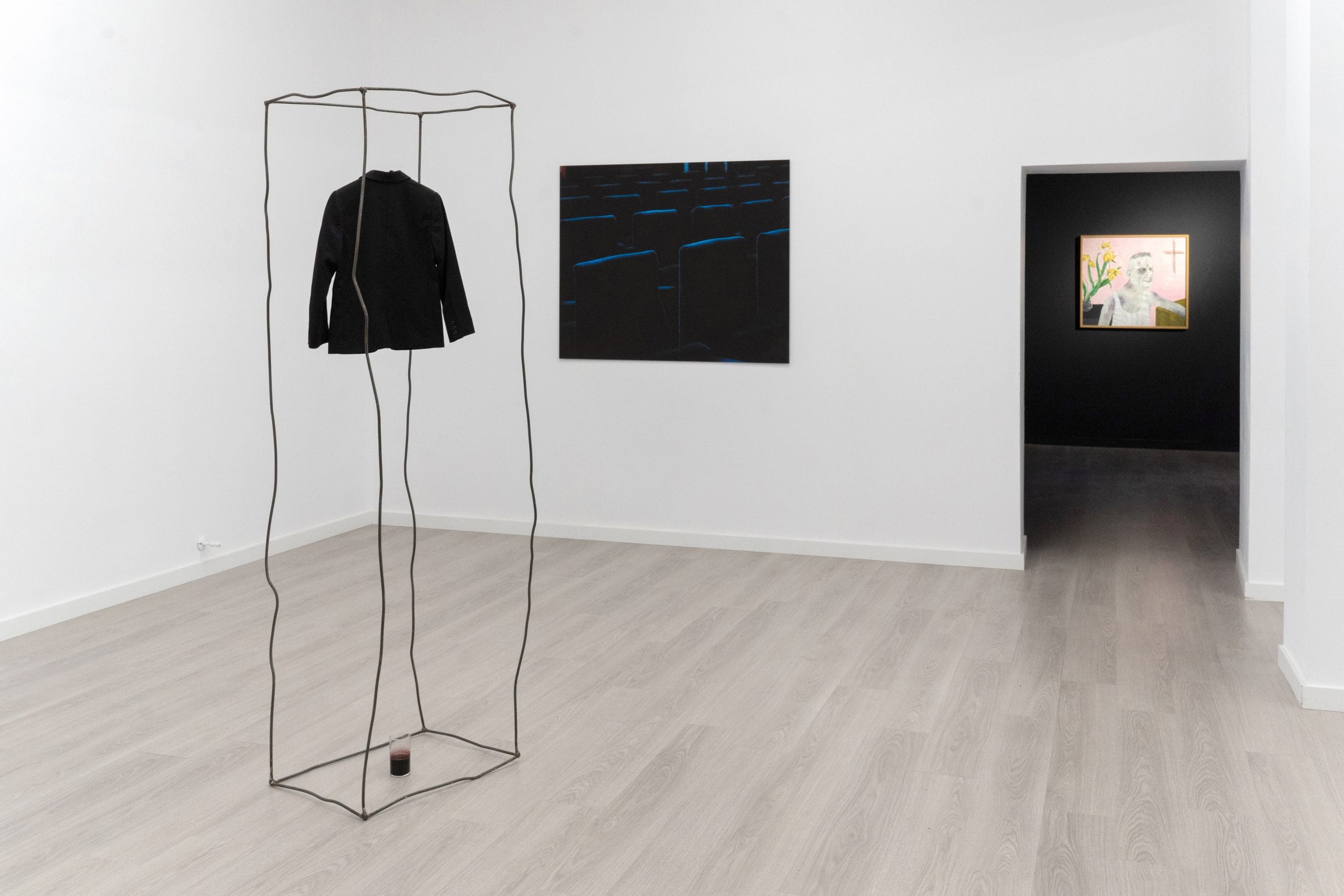 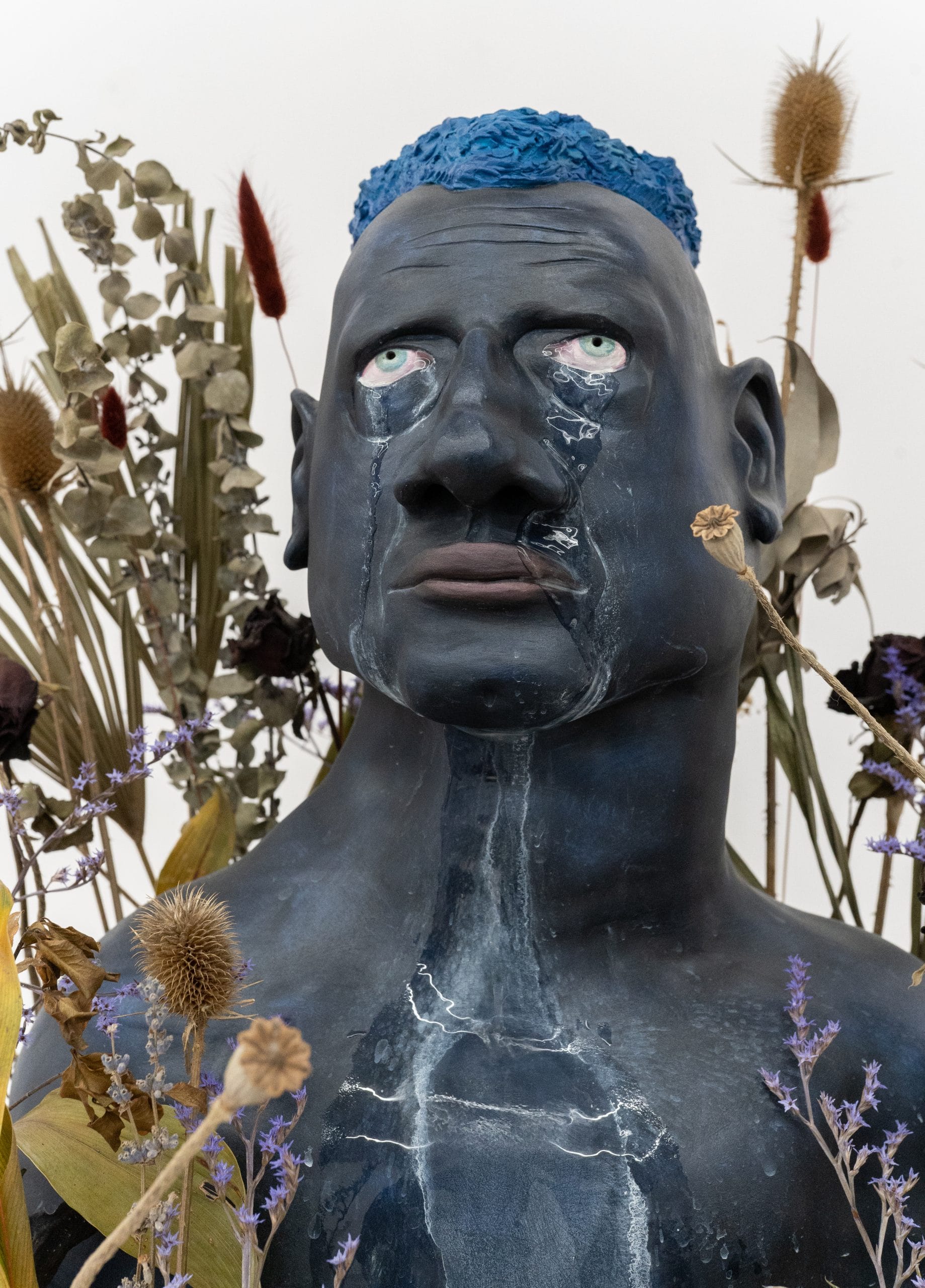 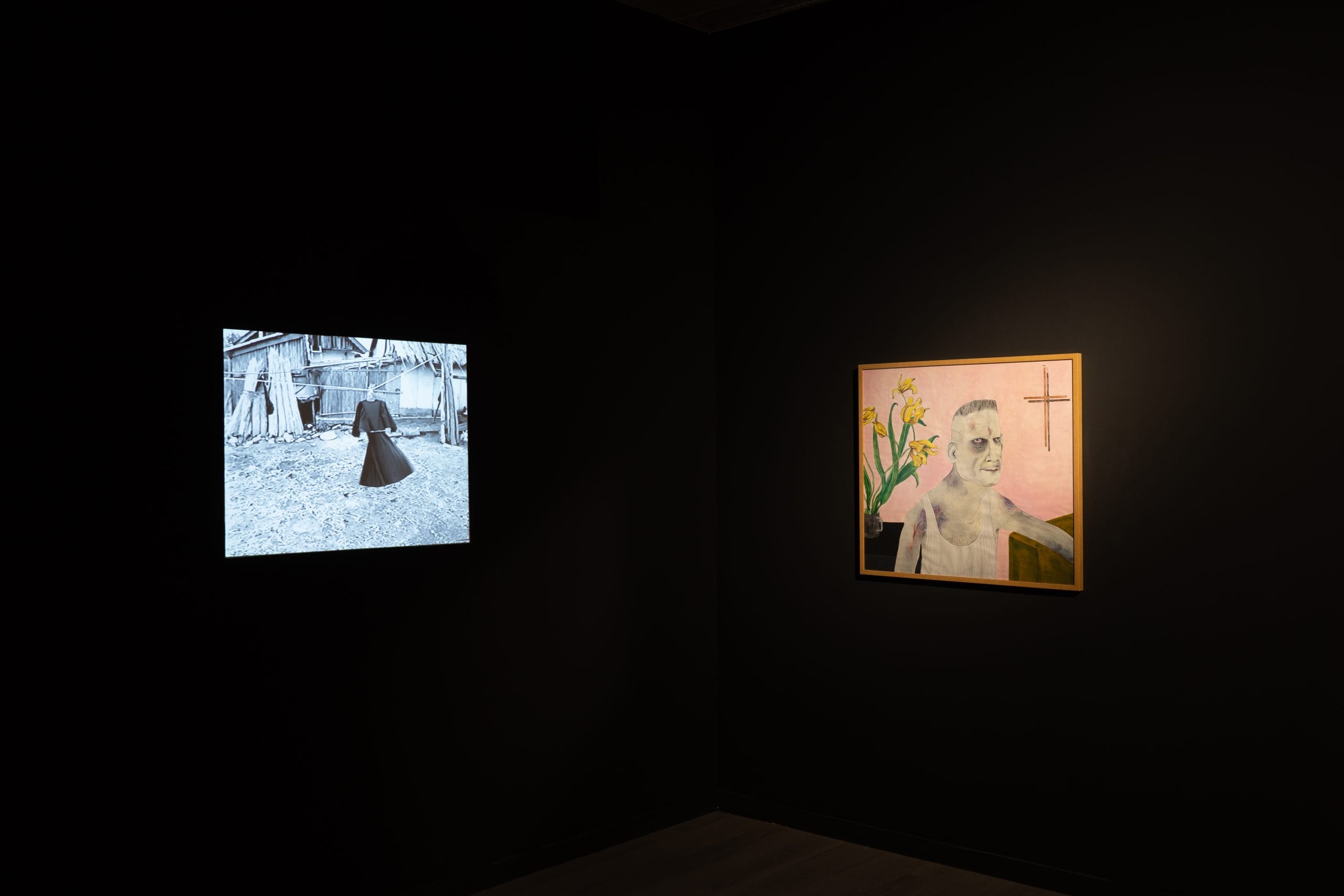 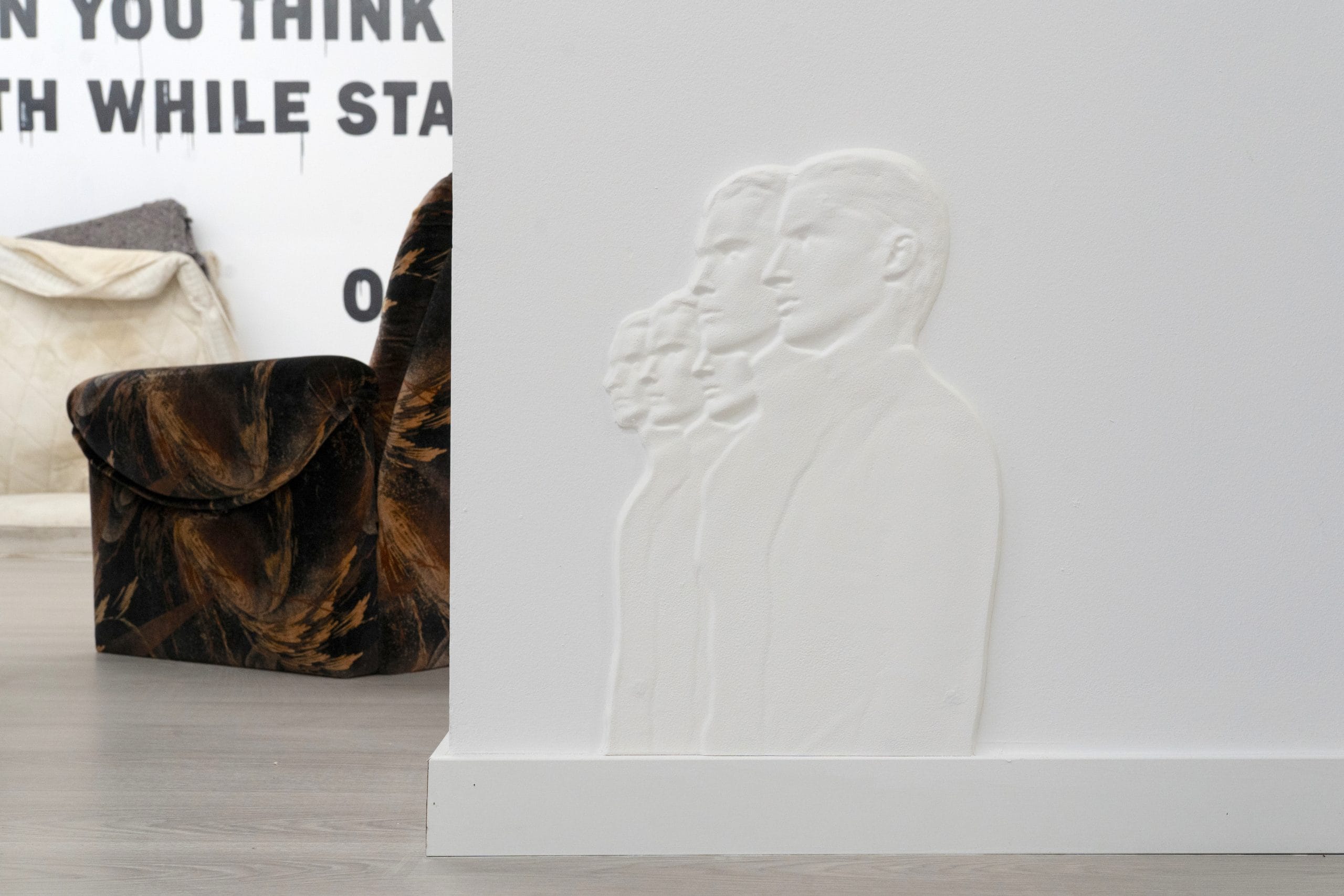 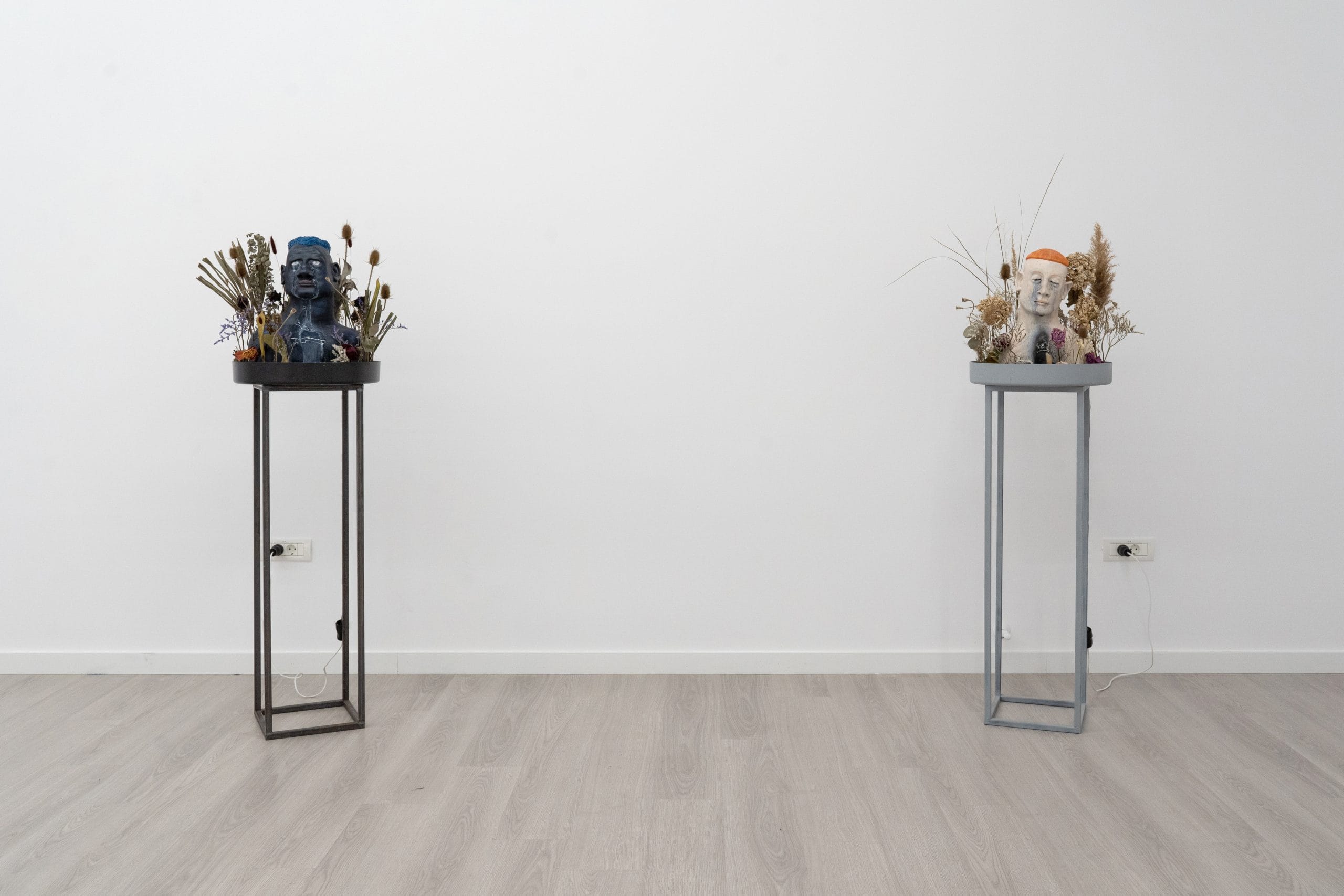 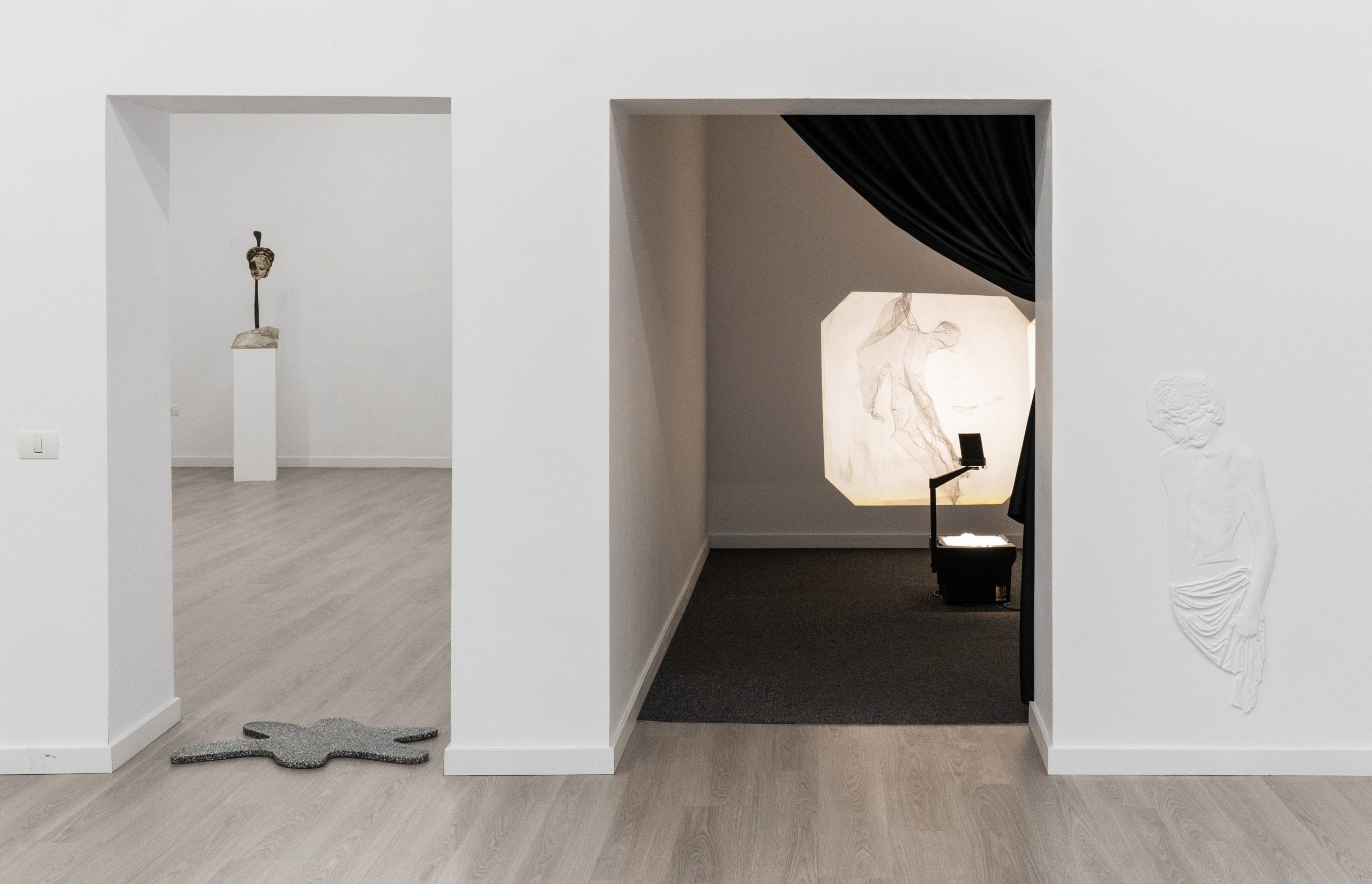 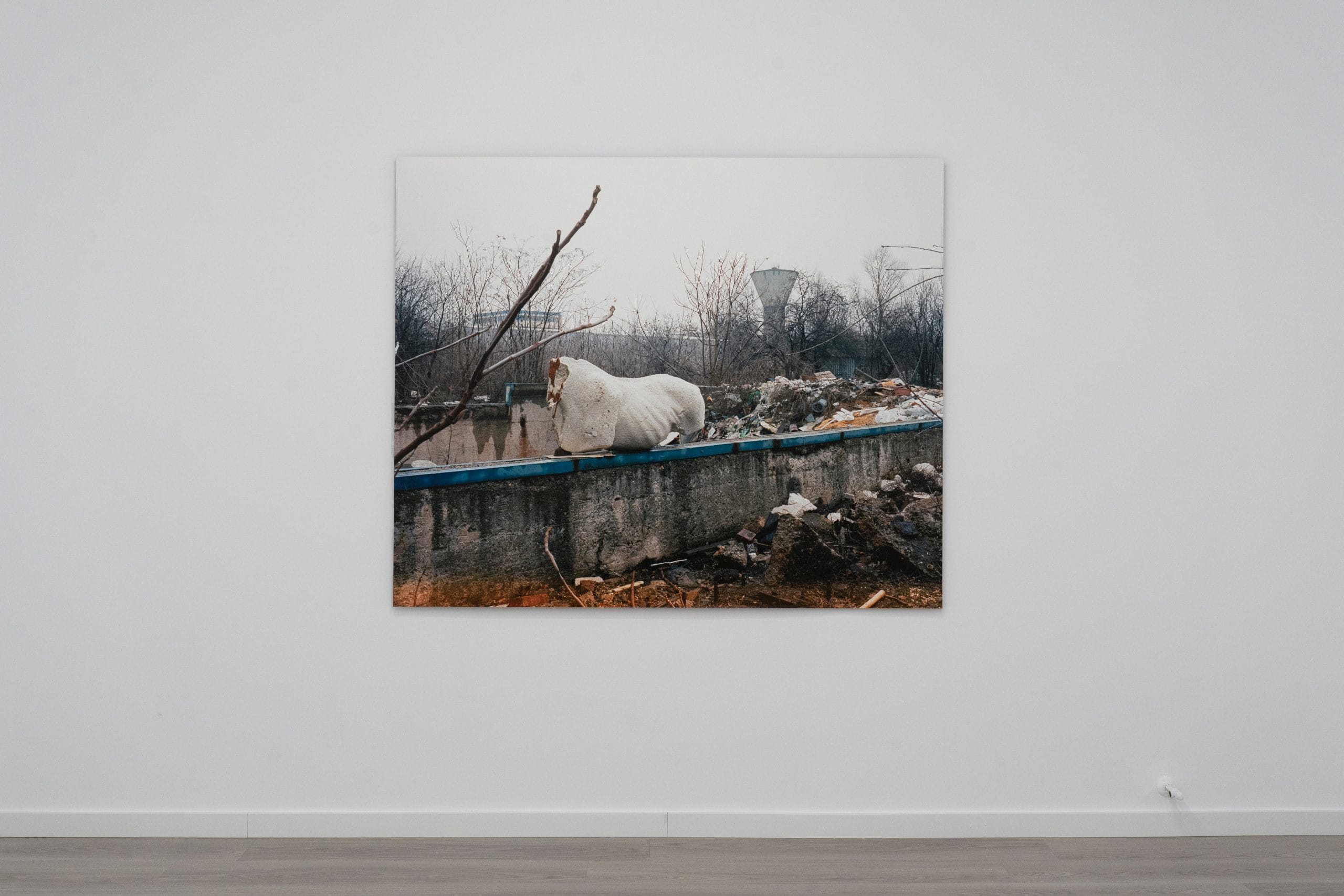 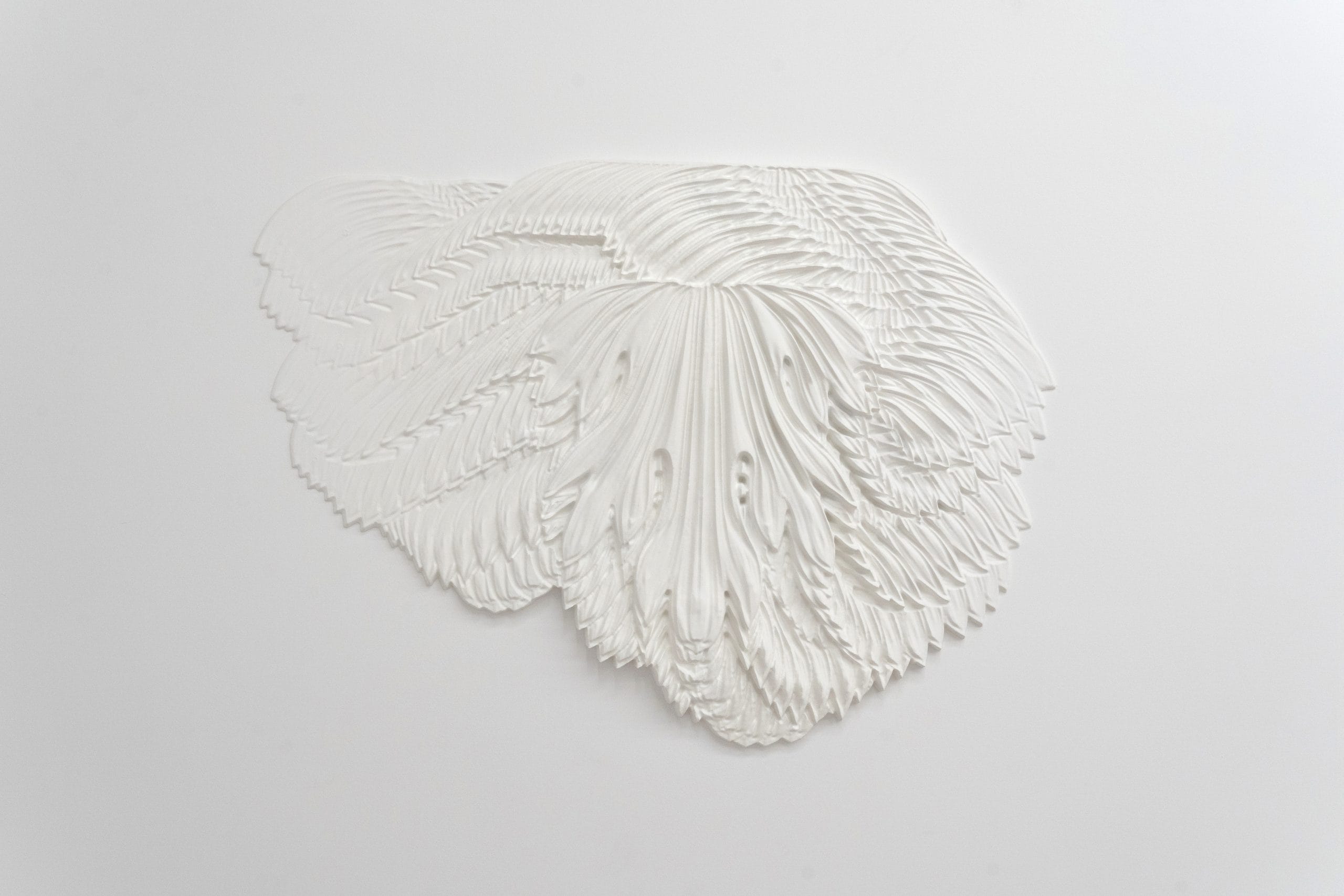 The exhibition BRUIAJ, the third episode in the series of collaborations between the artists Michele Bressan, Lea Rasovsky, and Larisa Sitar, bears witness to a generation solidarity that sets the frame for a dialogue developed naturally, spanning a long period of time.

BRUIAJ focuses on exploring the topography of memory unfolding raw images, atavistic and enigmatic visions of personal and collective histories, never processed till their deepest layer. Residues lurking in these folds disturb even the clearest of the stories. This disturbance forces the path of visual experience to multiple detours, diversions and surprises stemming from themes such as the aesthetics of the private space, the everyday eeriness, funeral rites, military arsenal, ruin, and disappearance. On the one hand, the artworks of the three artists bring to the fore the innocence of discovering, with genuine curiosity, the inner and outer world, on the other, they let the door open for fiction to set in and build its own version of reality, “enhanced” by 3D modelling or excessive adornment. In between irony and melancholy, the works reflect the artists’ concern for the relationship between a false antiquity necessary for embedding in collective mythologies, including those of the artistic act, and the updated references to personal landmarks, describing their attitude in relation to the passing of time and to history. The “mess” the artists create influence the overall vibe, sometimes intimate and familiar, sometimes harsh and abrasive, of a space outlined by drawings, installations, bas-relief, and in-situ interventions. The positions in which we meet again Michele Bressan, Lea Rasovsky, and Larisa Sitar derive from a core of already existing recent works, but also from new productions, specially made for this exhibition.

Michele Bressan (b. 1980) is publicly known for his work in photography, but in the recent years, the themes he explores have also taken the shape of objects or installations. Michele’s interest in visual perception is based on his view of image as a matrix of the social and historical consciousness, quest which is doubled by his desire to spontaneously or accidentally extract poetic spaces from day-to-day reality. Selected exhibitions: Endless / Nameless, Zorzini F Gallery, Bucharest (2019, solo); La Brique, The Brick, Cărămida, La Kunsthalle Mulhouse (2018); Double Heads Matches, Új Budapest Galéria (2018); Life – A User’s Manual, Art Encounters Biennial, Timișoara (2017); CAMERA PLUS. Contemporary Photography and Dynamic Image Biennale, Iași (2016); PASAJ, The National Museum of Contemporary Art – Anexa (2014); Waiting for the Drama, H’art Gallery, Bucharest (2012, solo).

b.1989 lives and works in Bucharest and is the current editor of the online edition of Revista ARTA. She graduated The National University of Fine Arts in Bucharest, with a background in photography and video art, and has since extended her interest in the area of critical writing. She is keen to point out the instances where pop culture meets contemporary art, her texts often indicating towards performativity and digital art as the intersection between the two. In between projects she makes translations and collaborates with various national and international artistic publications.
Share
Facebook
Twitter
Pinterest
Tumblr
Email