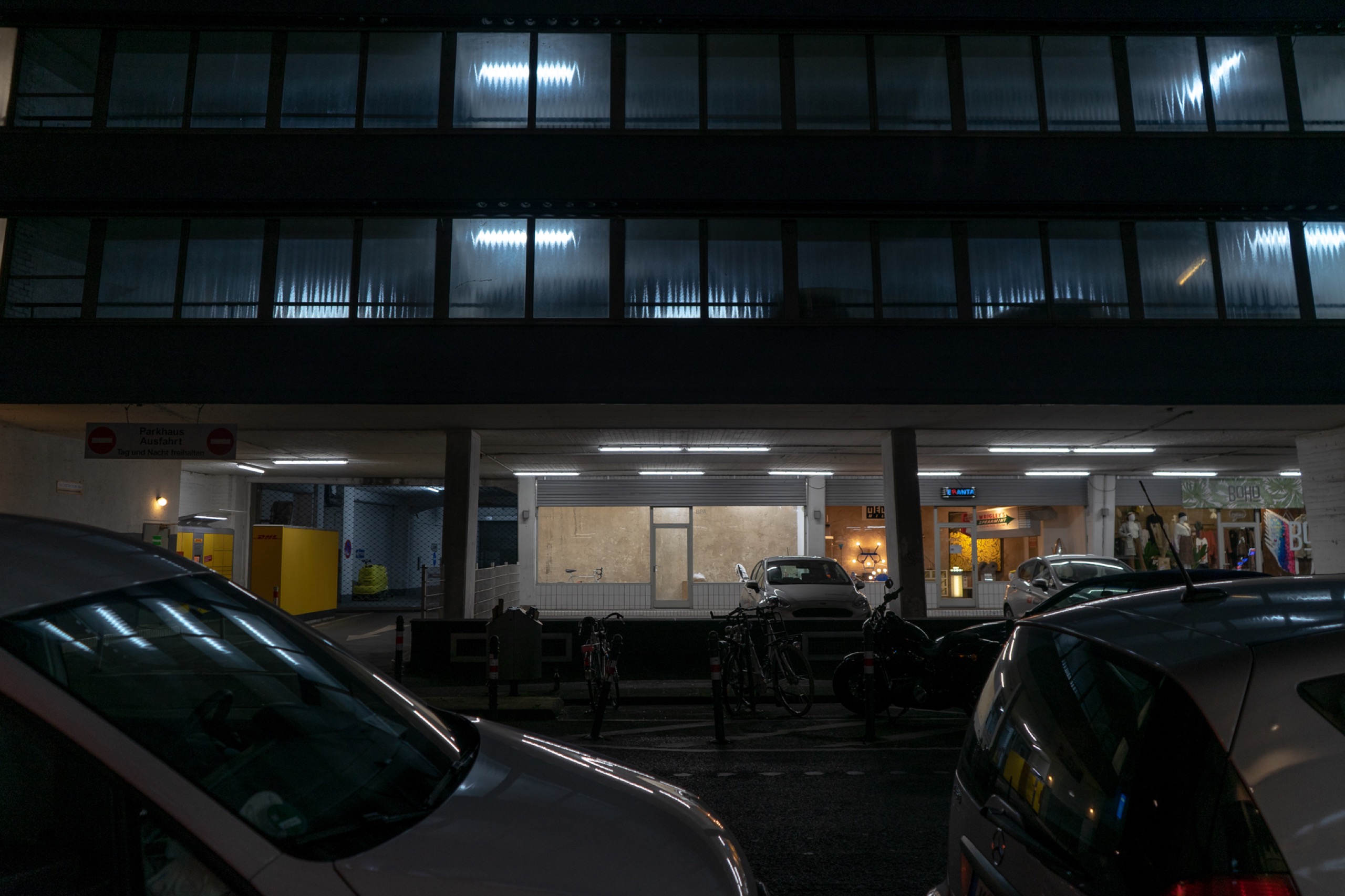 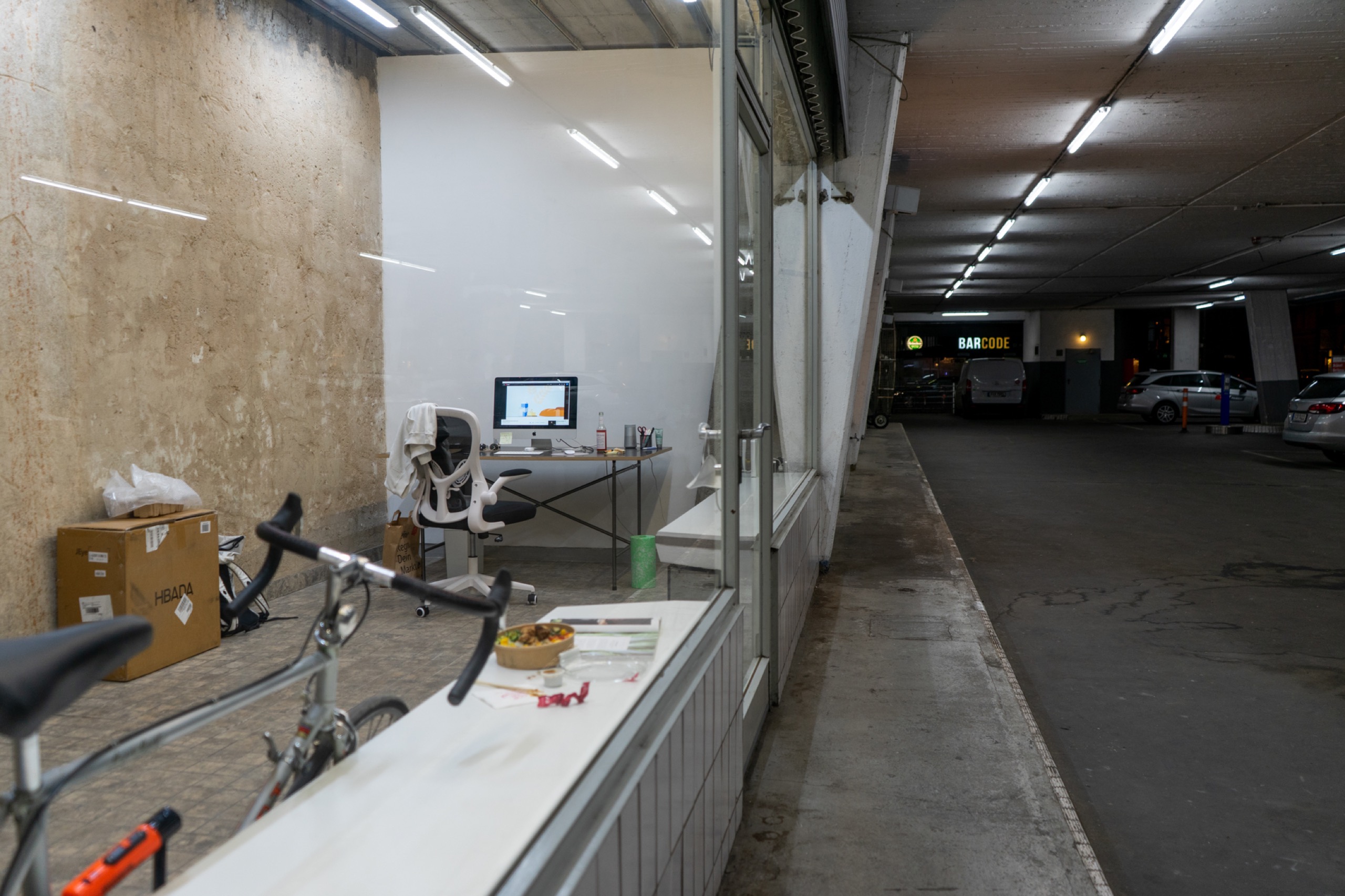 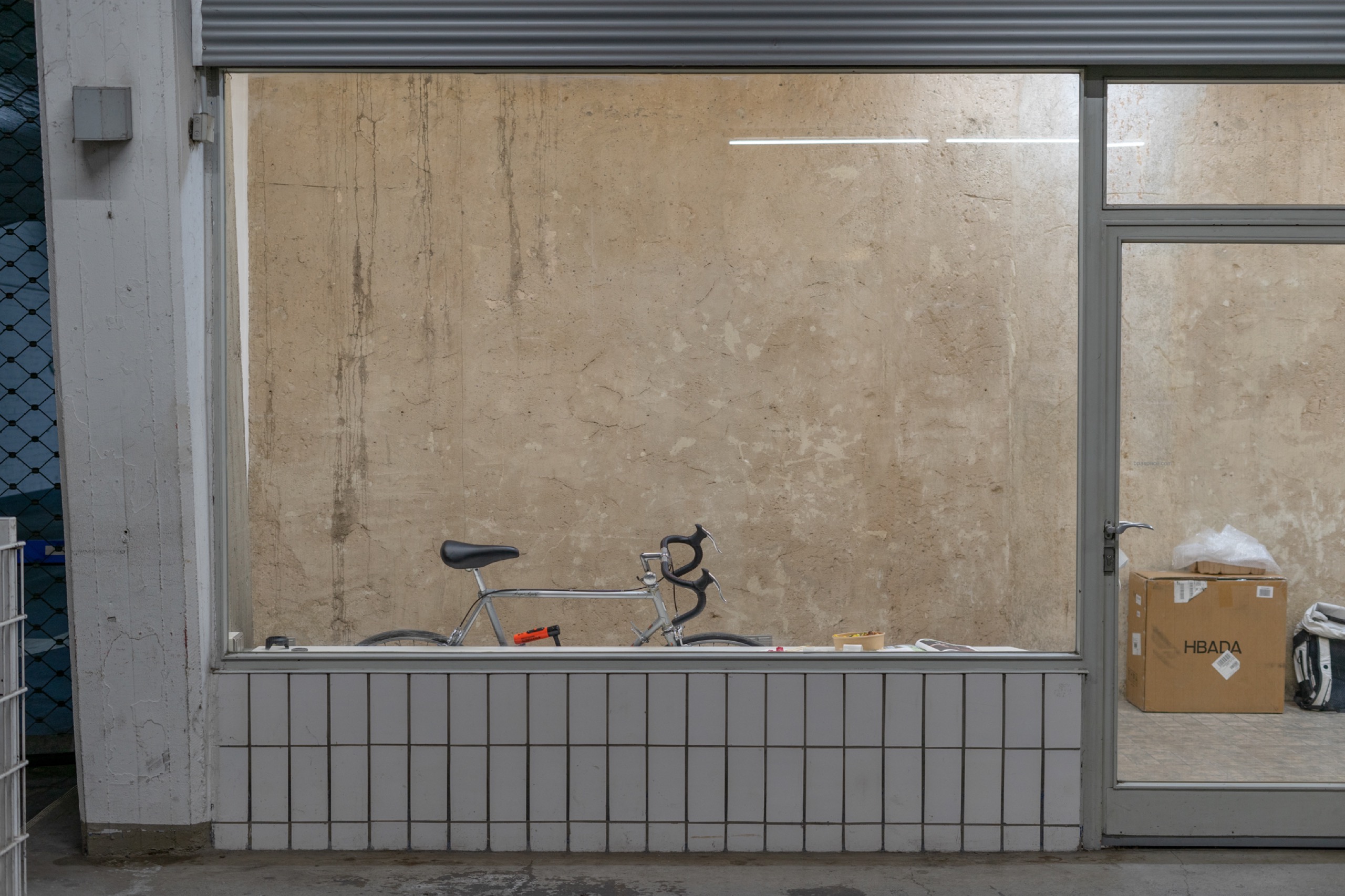 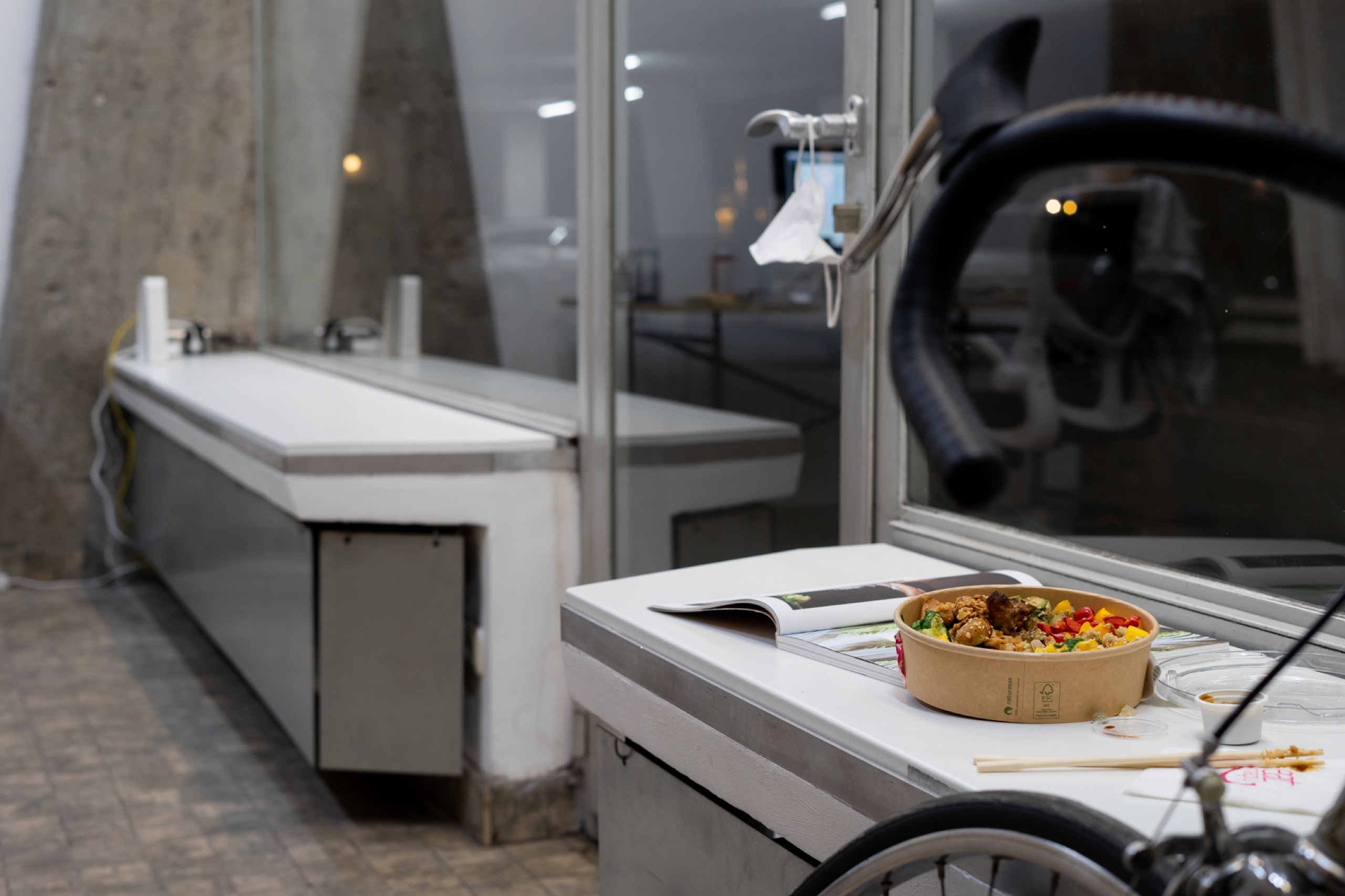 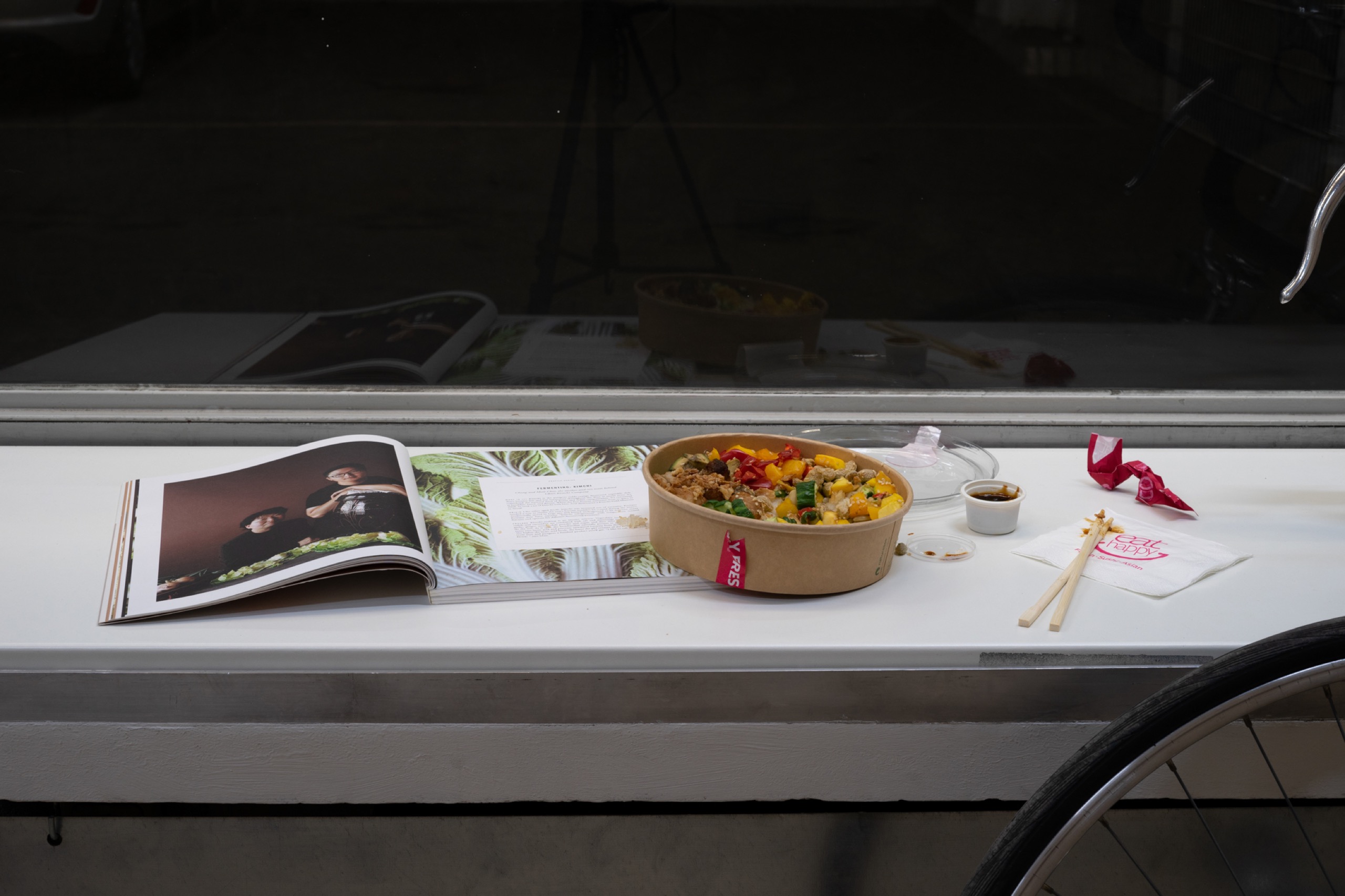 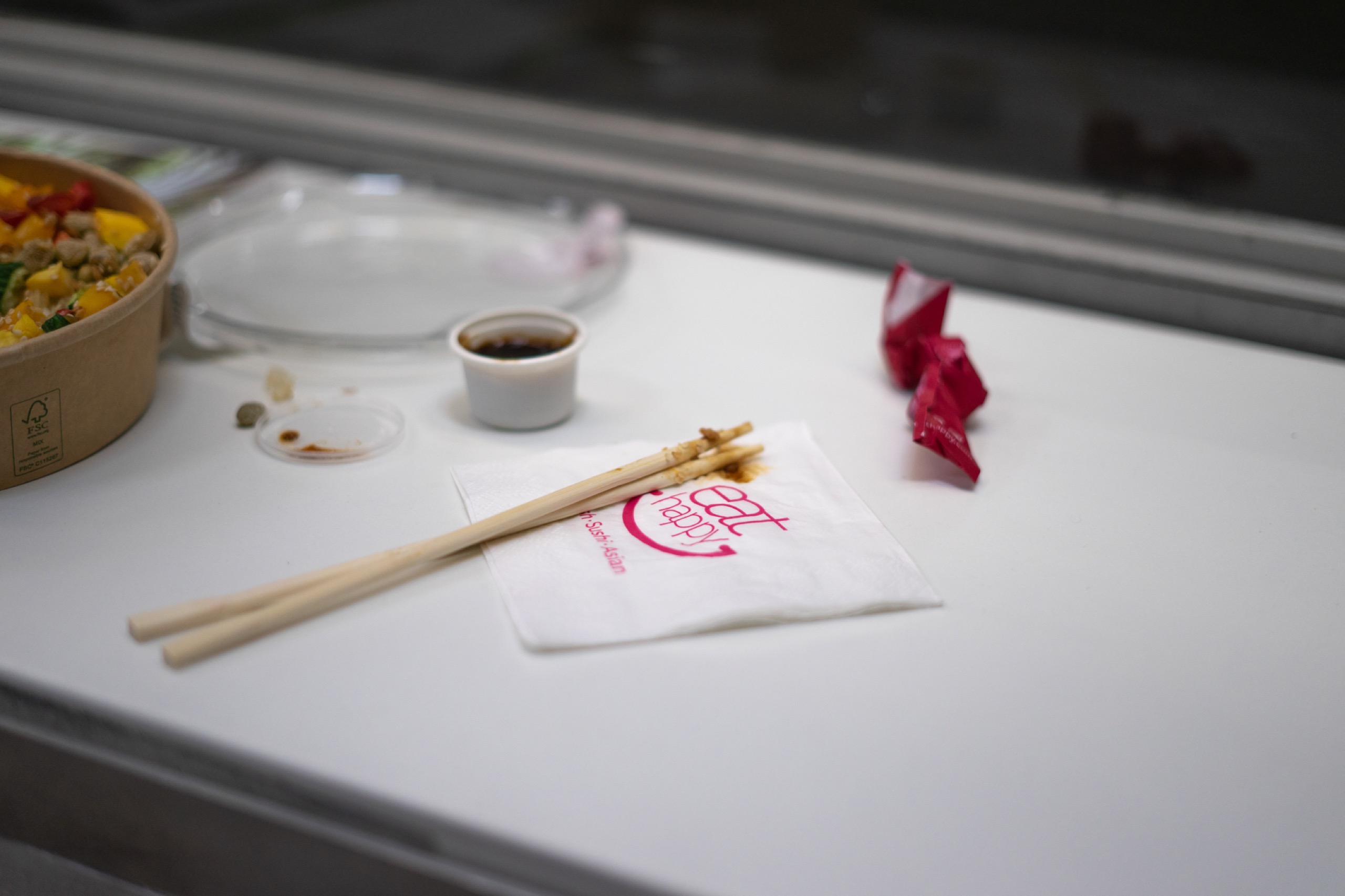 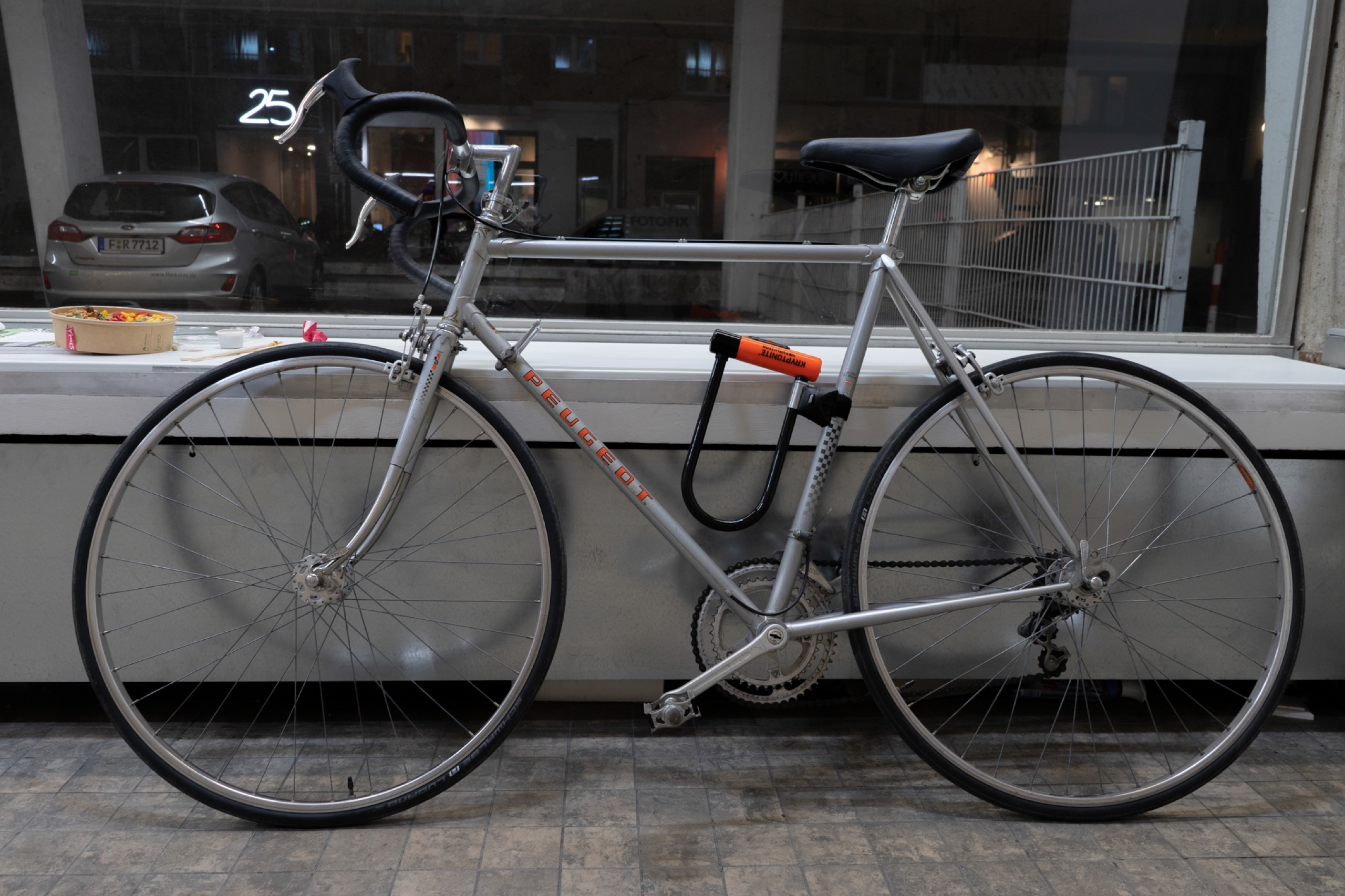 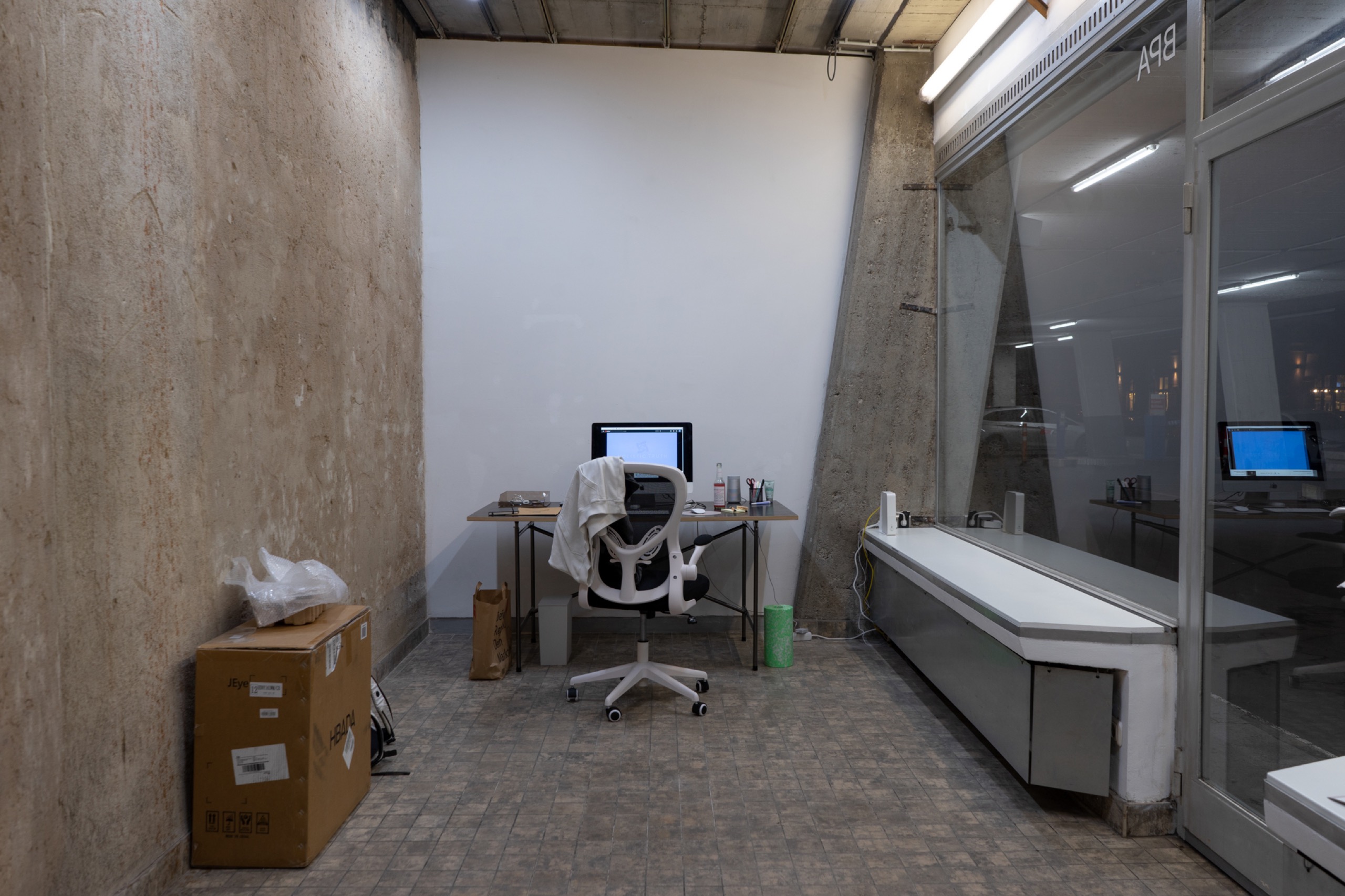 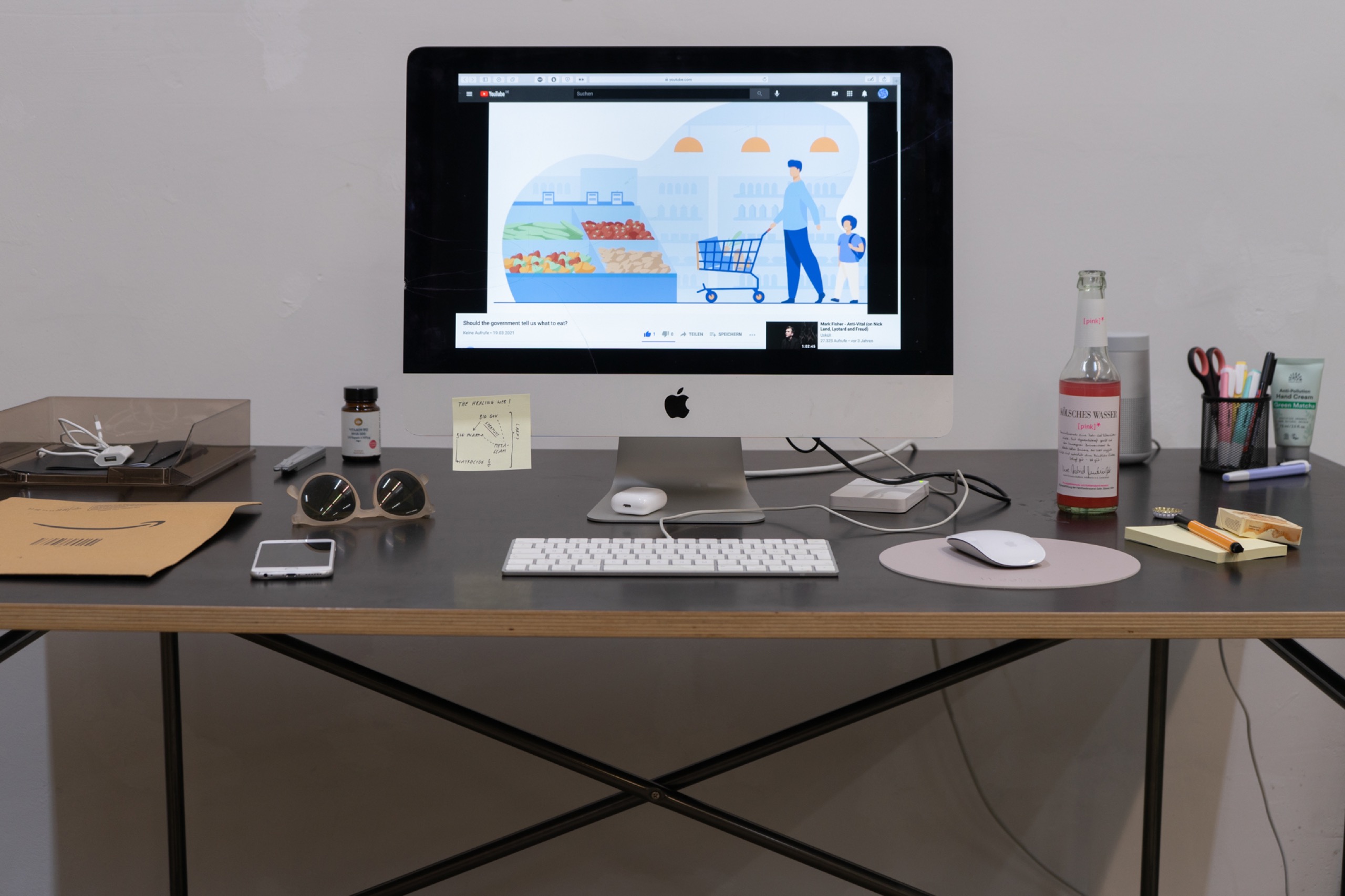 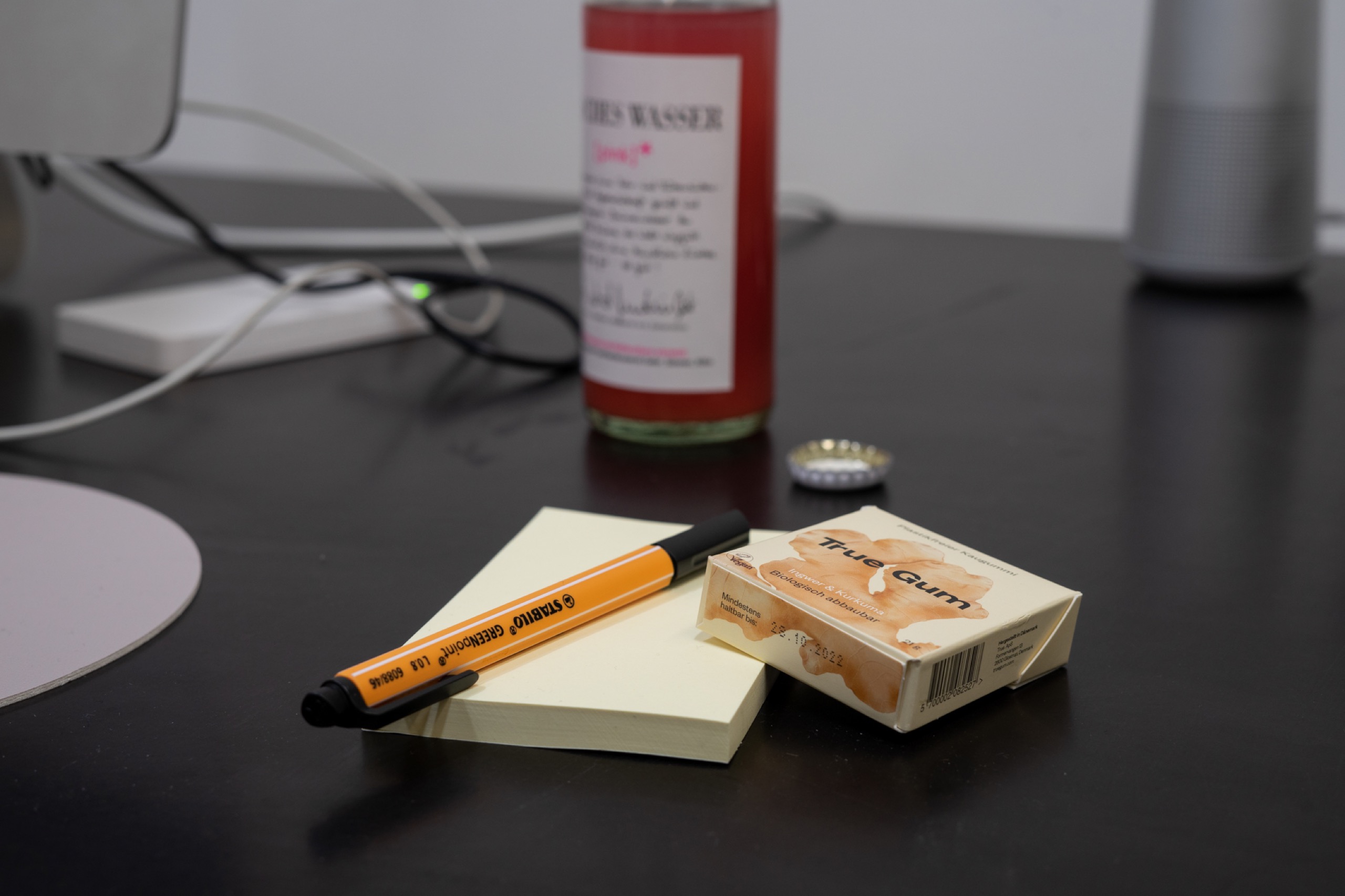 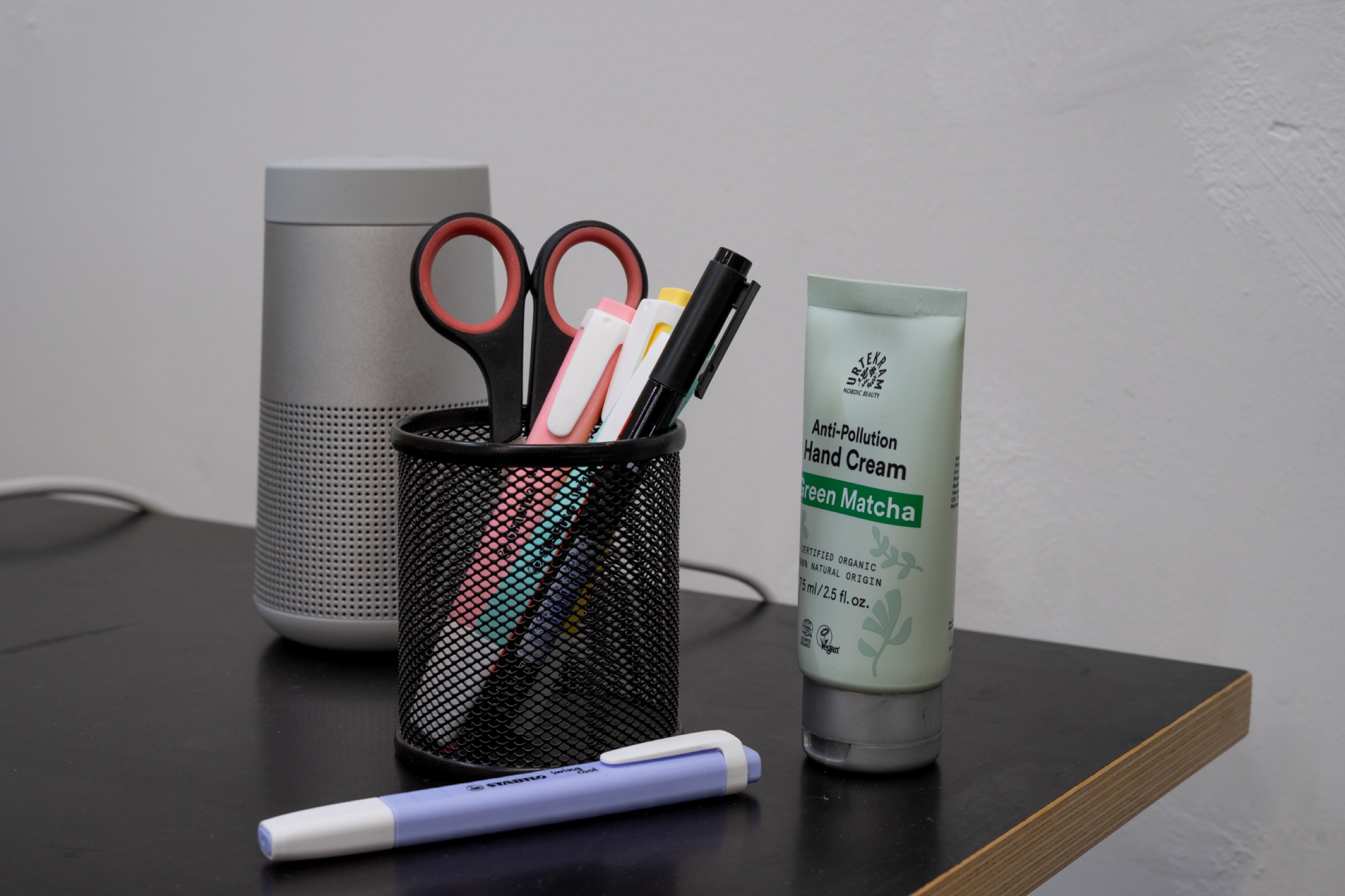 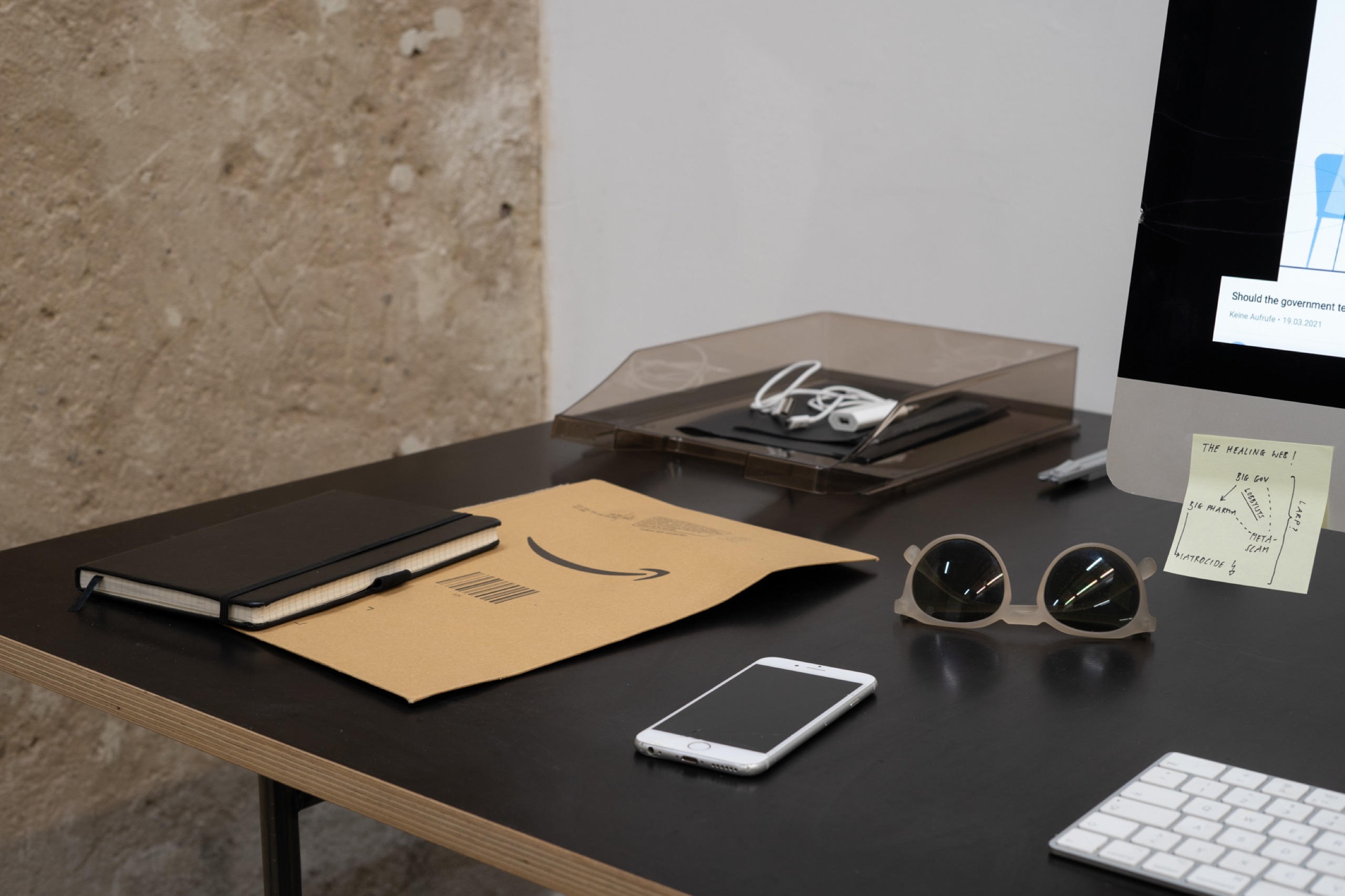 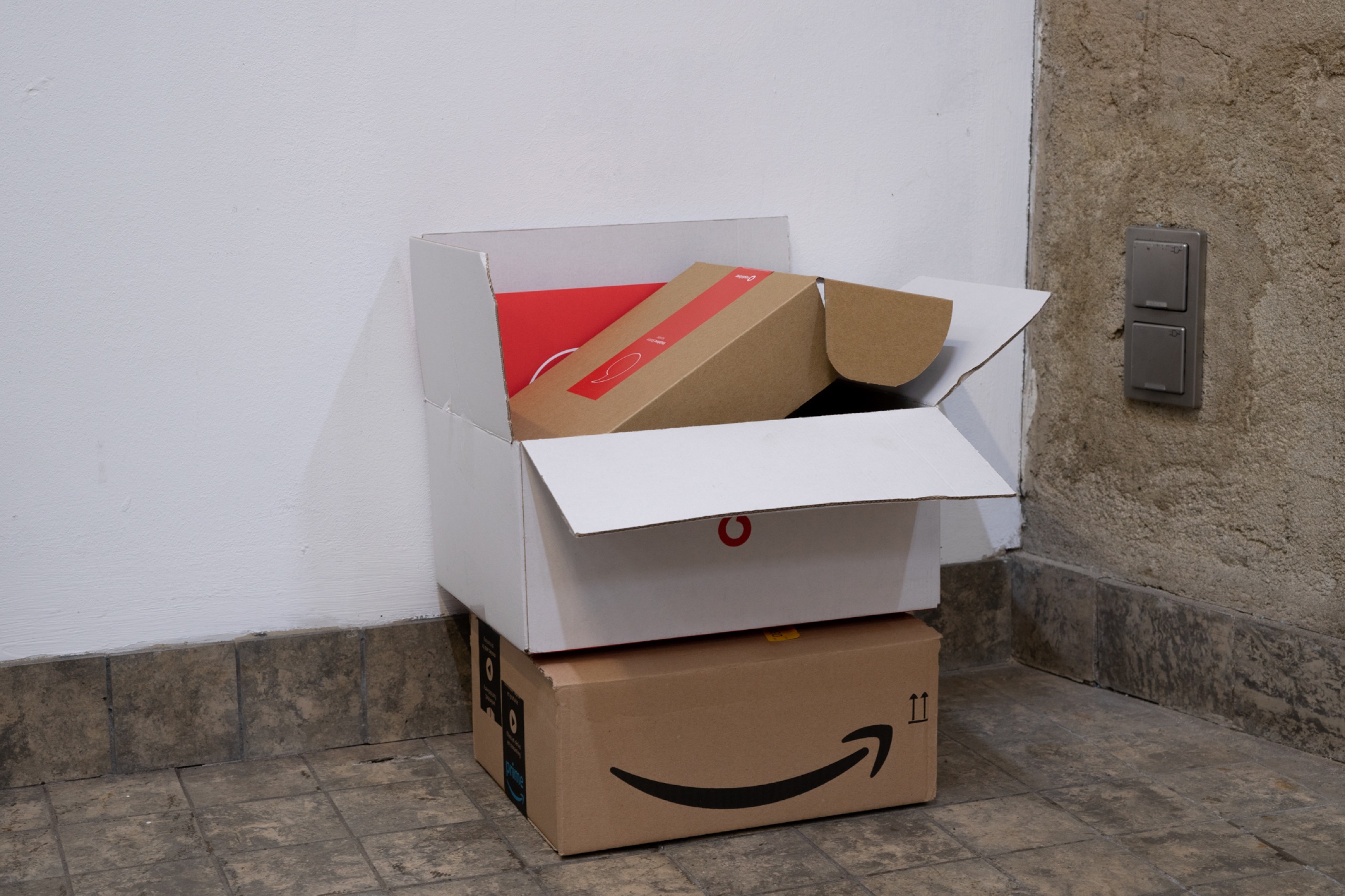 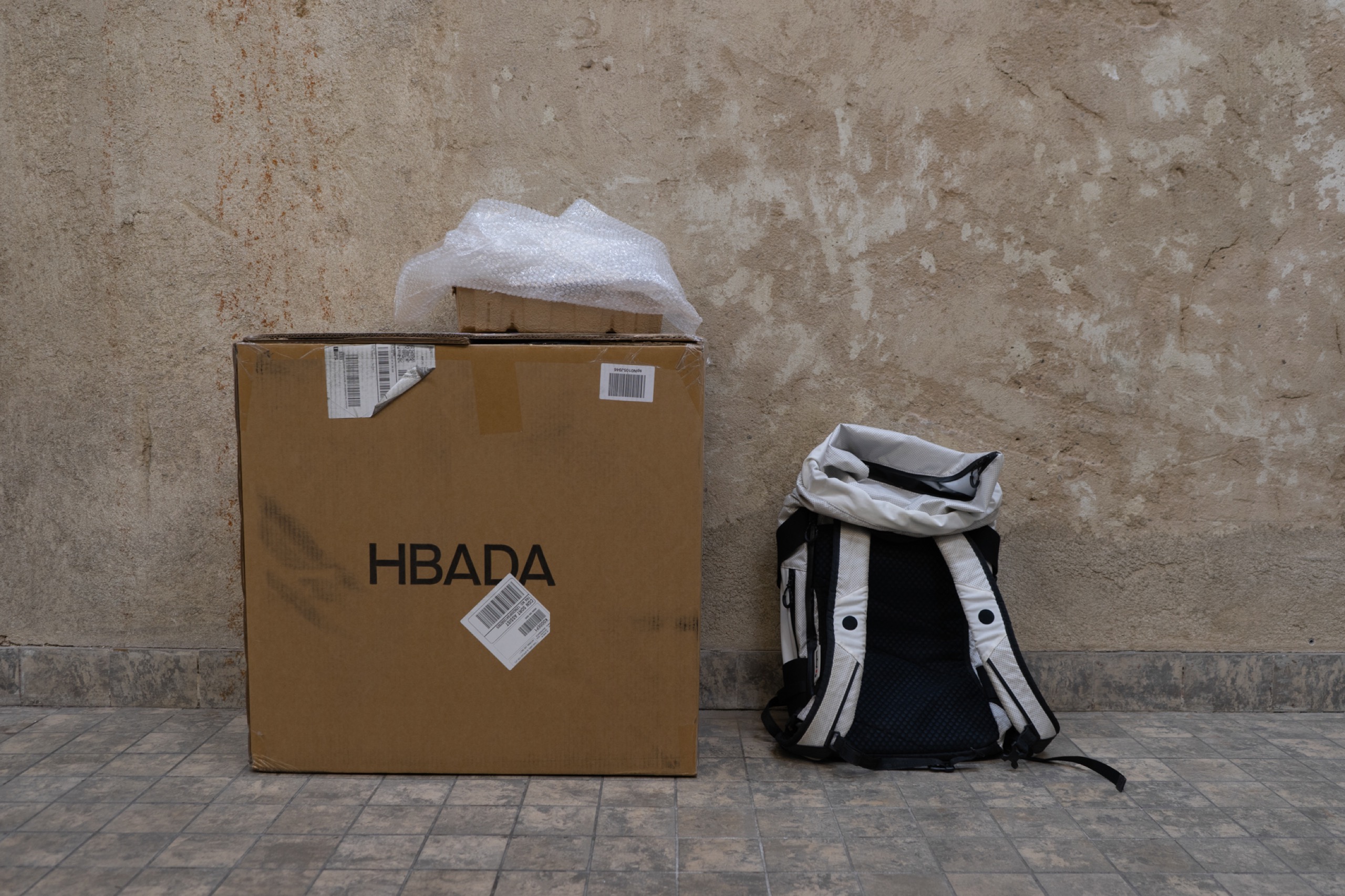 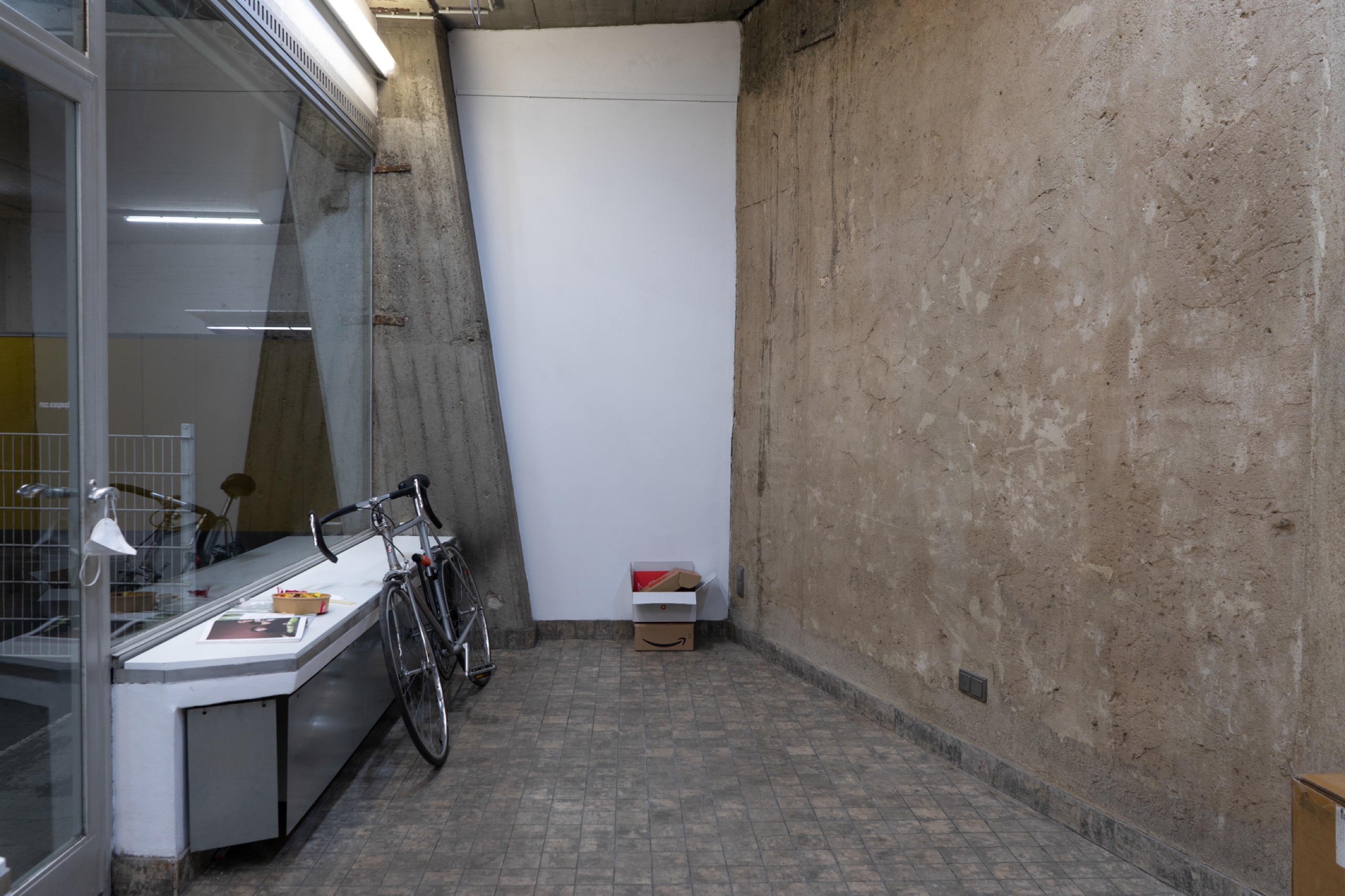 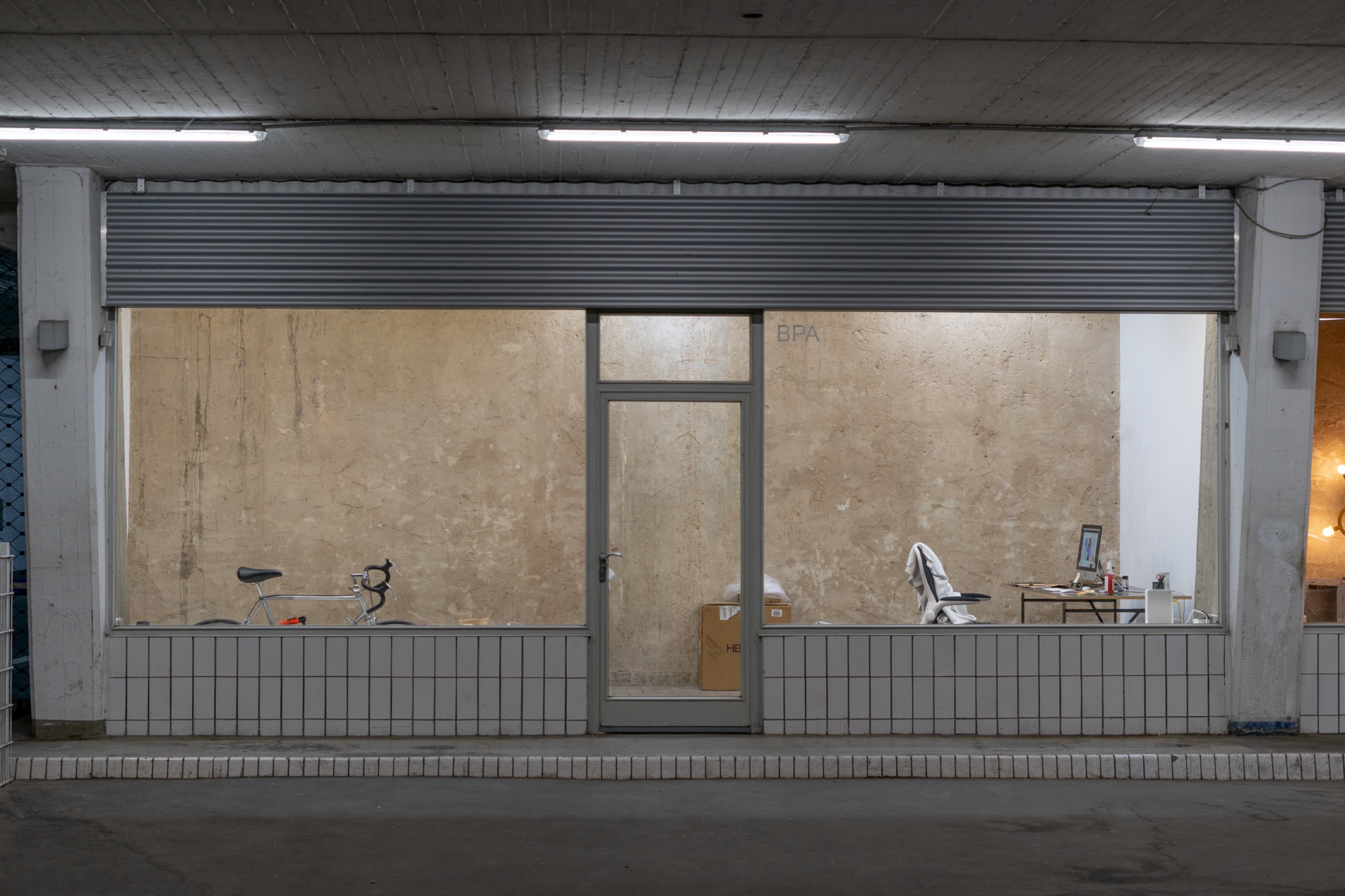 We offer the following to you in loosely organized and preliminary form. Think of these fragments as analytic gambits intended to prompt or provoke further thought and discussion. Take them for what they are worth, which, we hope, will be more than nothing.

An illuminated space next to an interior design pop-up store that sells Memphis Style objects.

A storefront displaying a bootleg Egon Eiermann desk by Adam Wieland and a Hbada office chair.

A locked door and the apparent disappearance of a person. (observation)

The absence of memorabilia to identify the user. (assumption)

Nothing that confirms the incident of a LARP without an actor. (conclusion)

The voyeuristic desire to look at another person’s screen.

Simulating the habitat of an entrepreneur and his fragile microcosm of mundane tools and artifacts.

Provisional assemblages as aesthetic enhancements for a fictional stage that automatically become sculptures.

Is this a problem?

An explainer video on YouTube playing on a 27 inch Apple iMac.

Its female voice-over playing on a Bose Revolve II SoundLink that can be heard through the windows.

She reads her script in a trustworthy and educational tone as assigned.