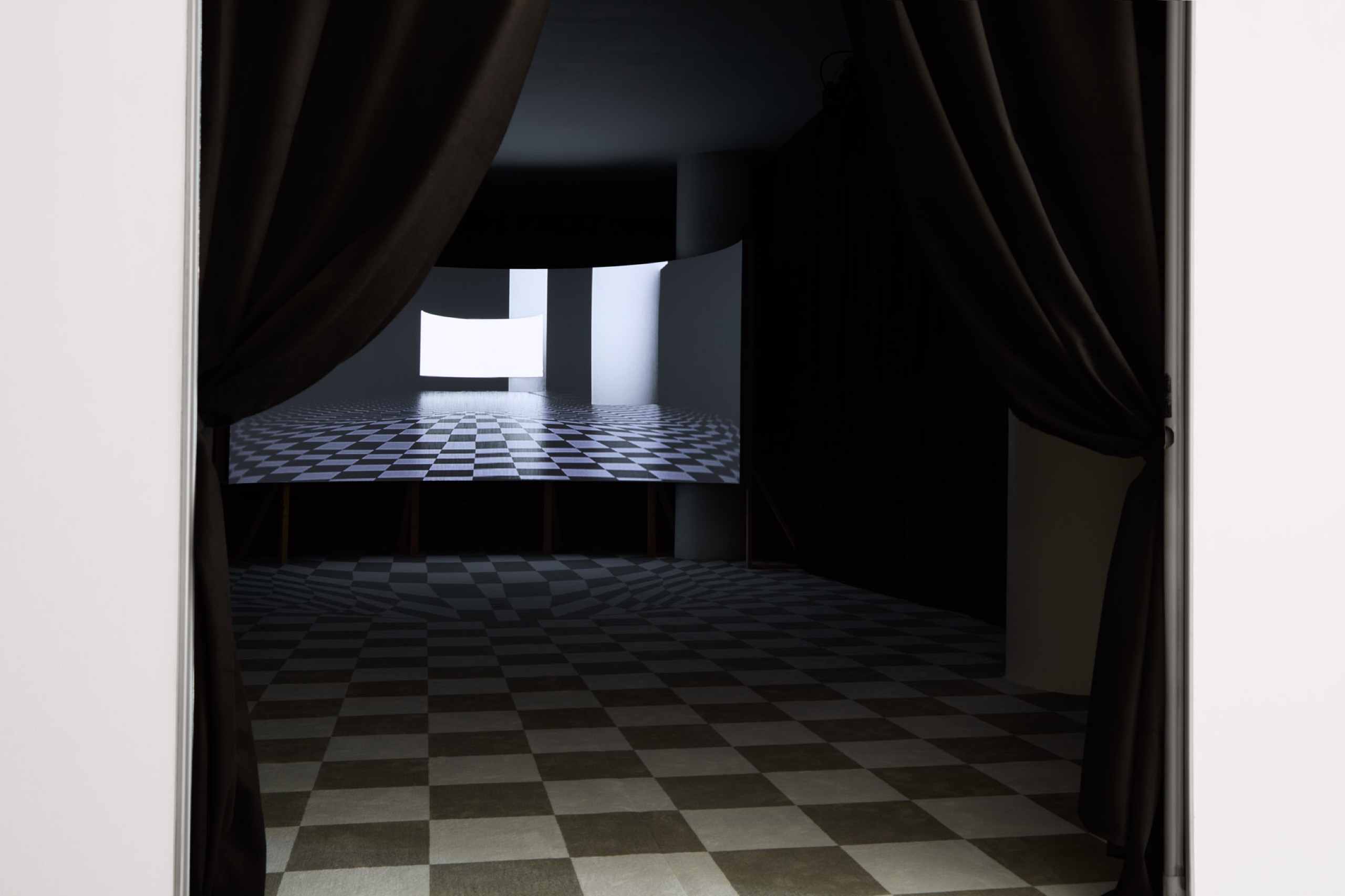 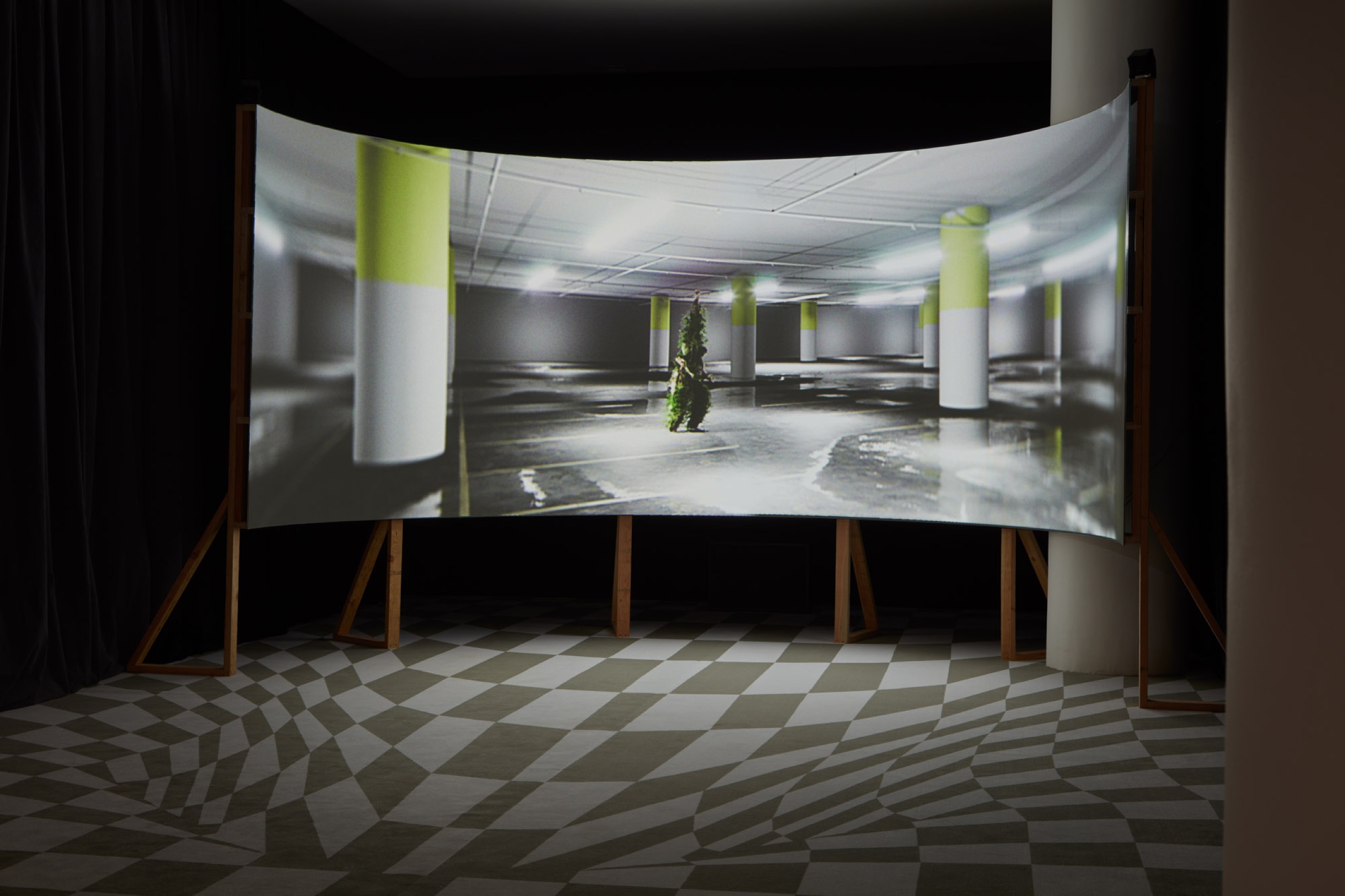 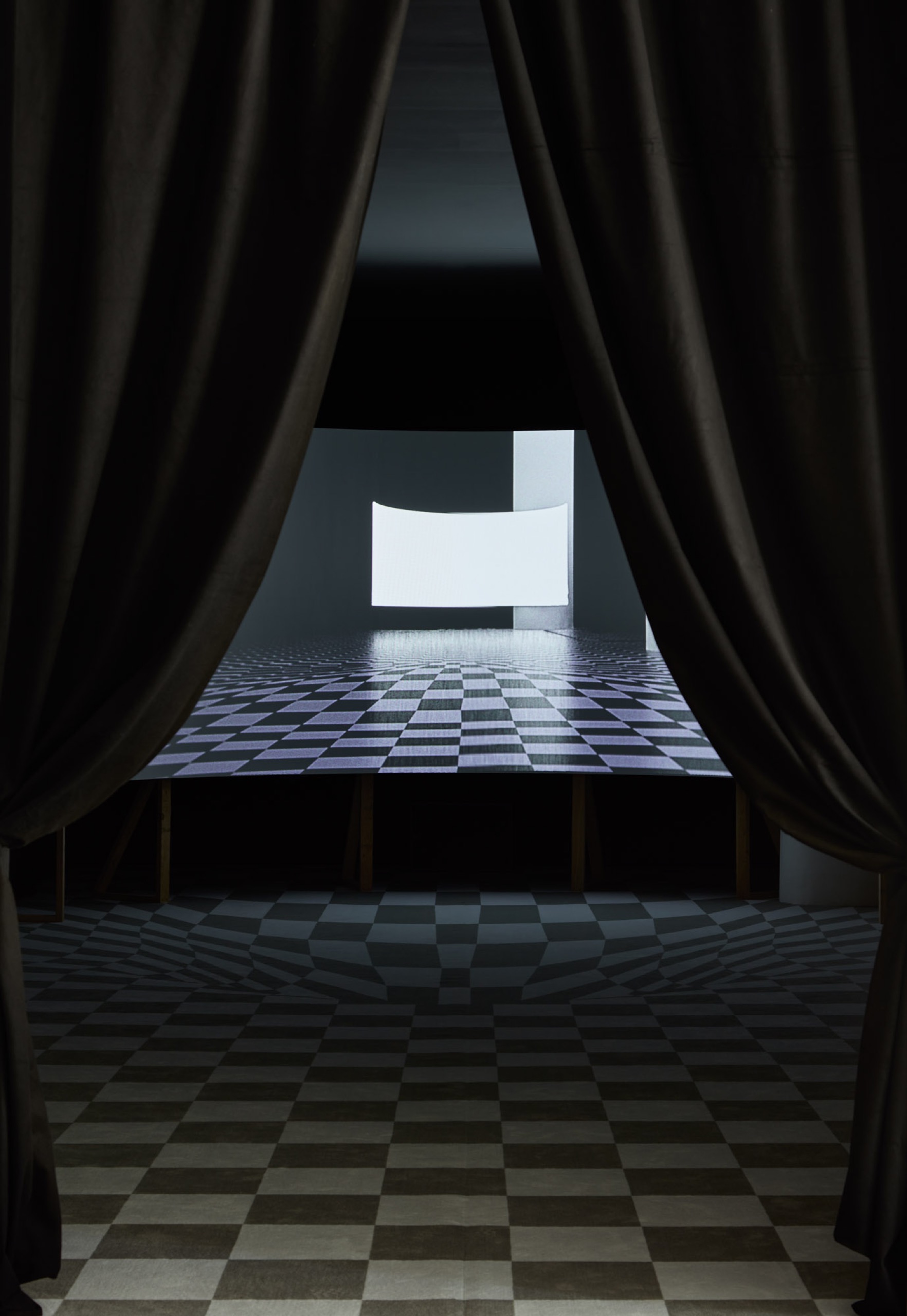 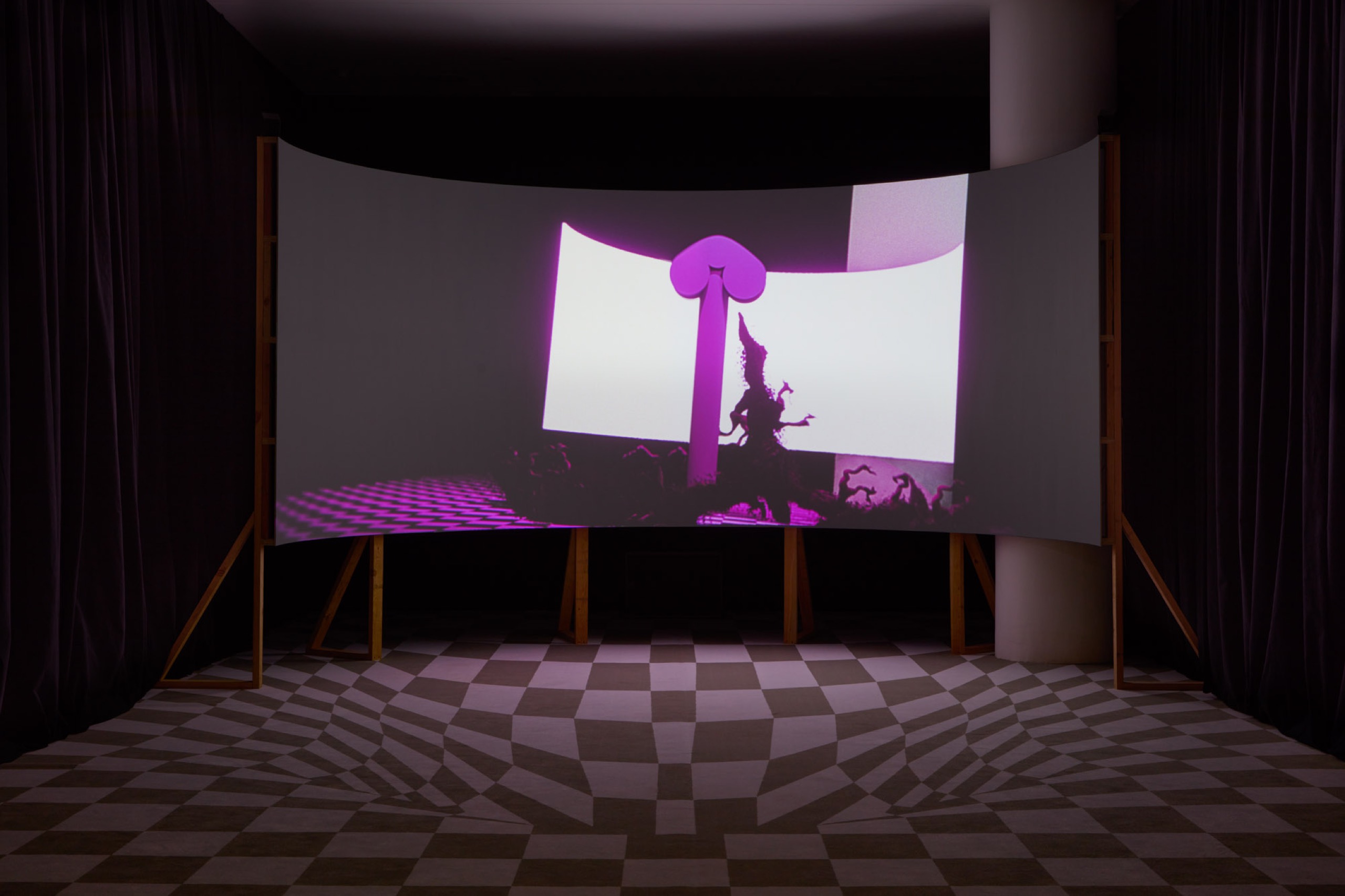 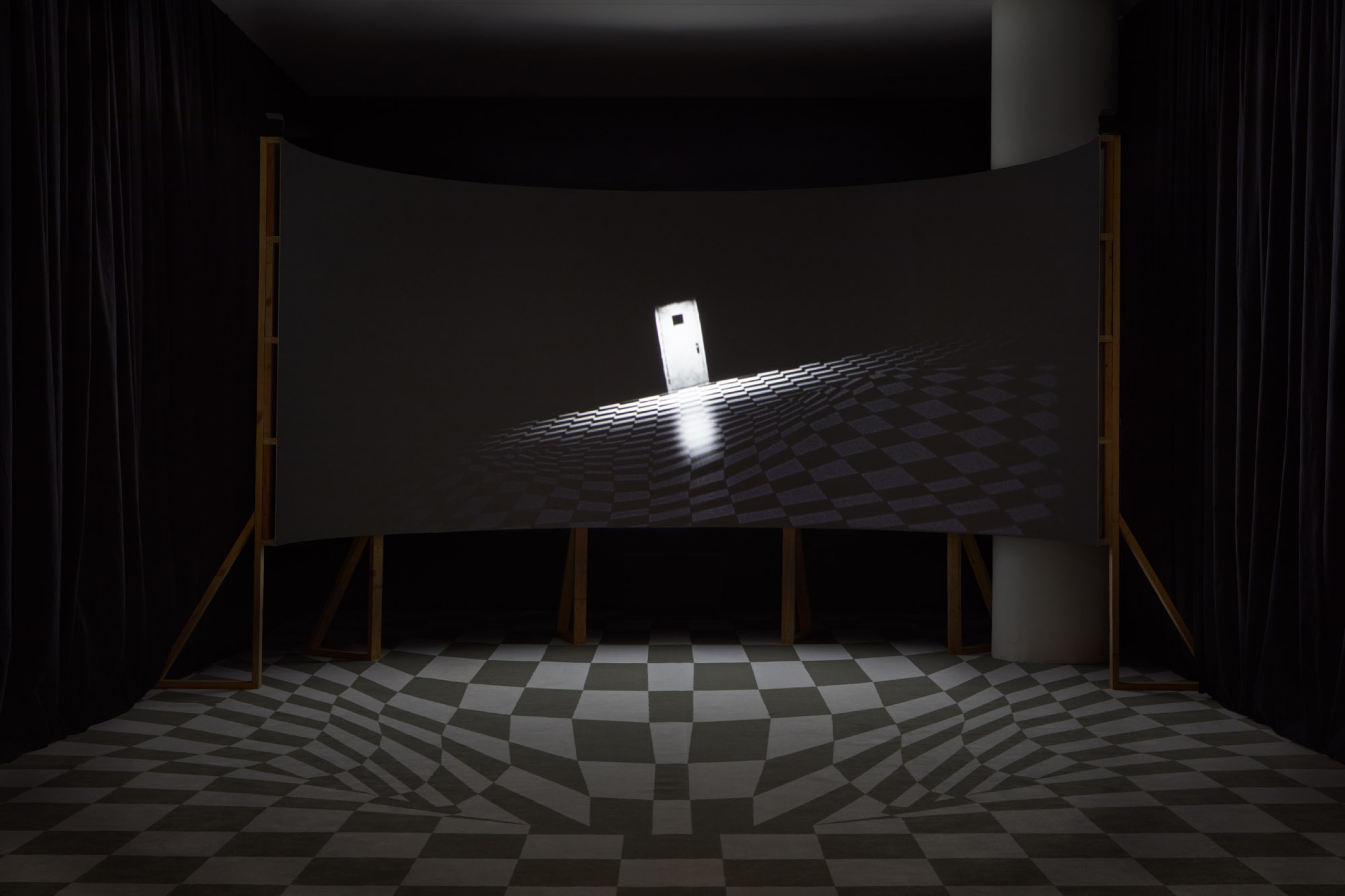 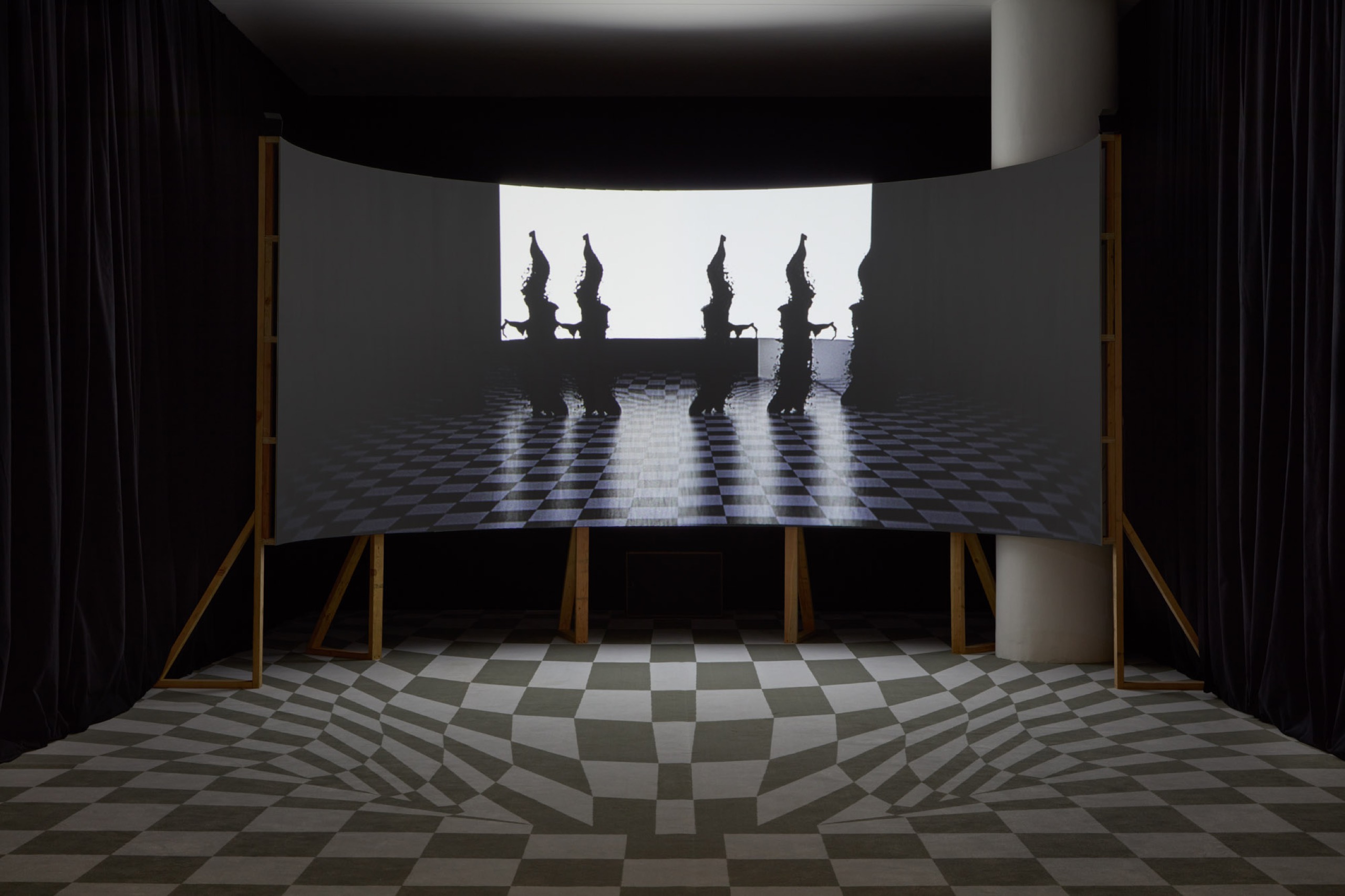 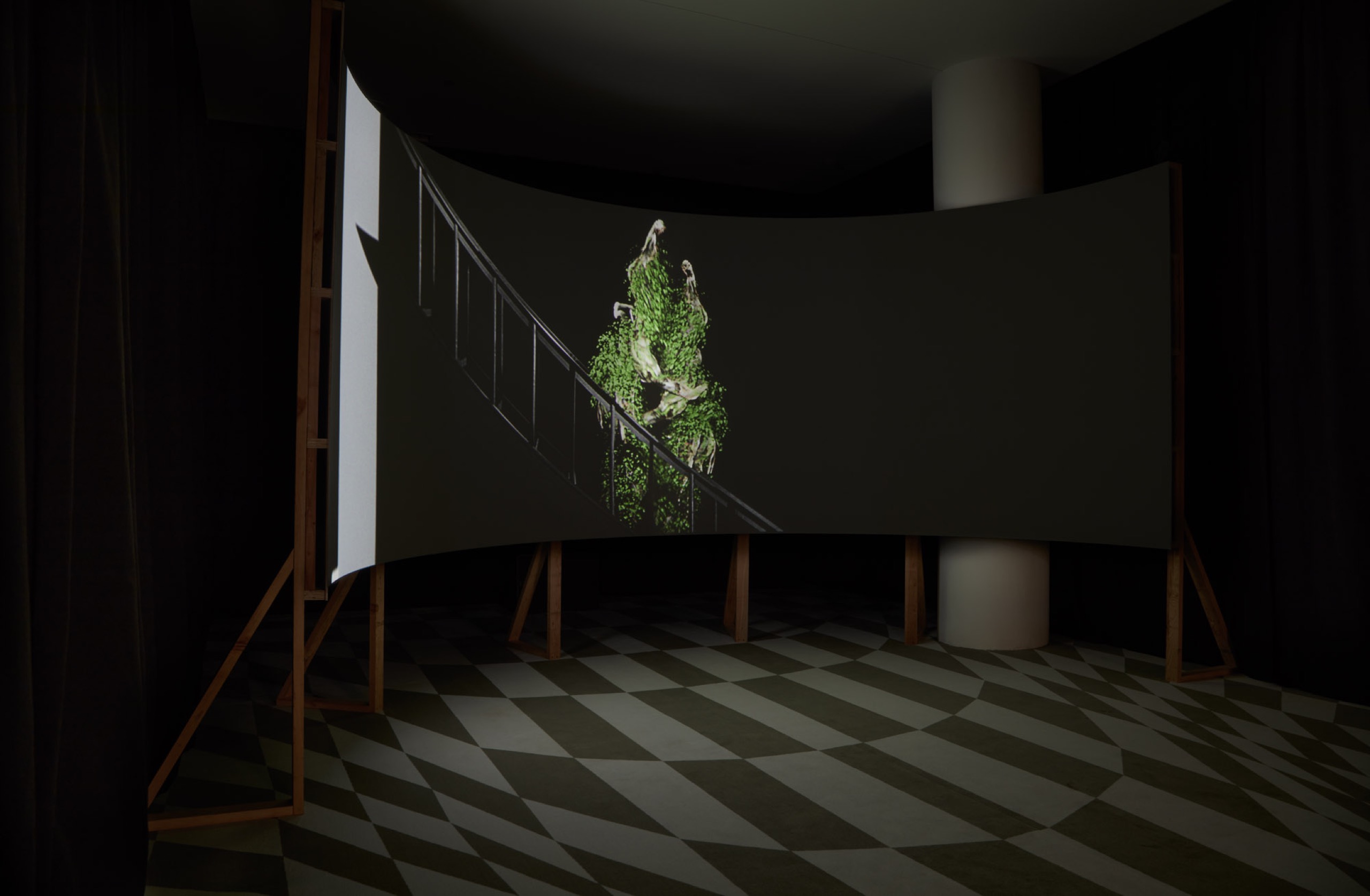 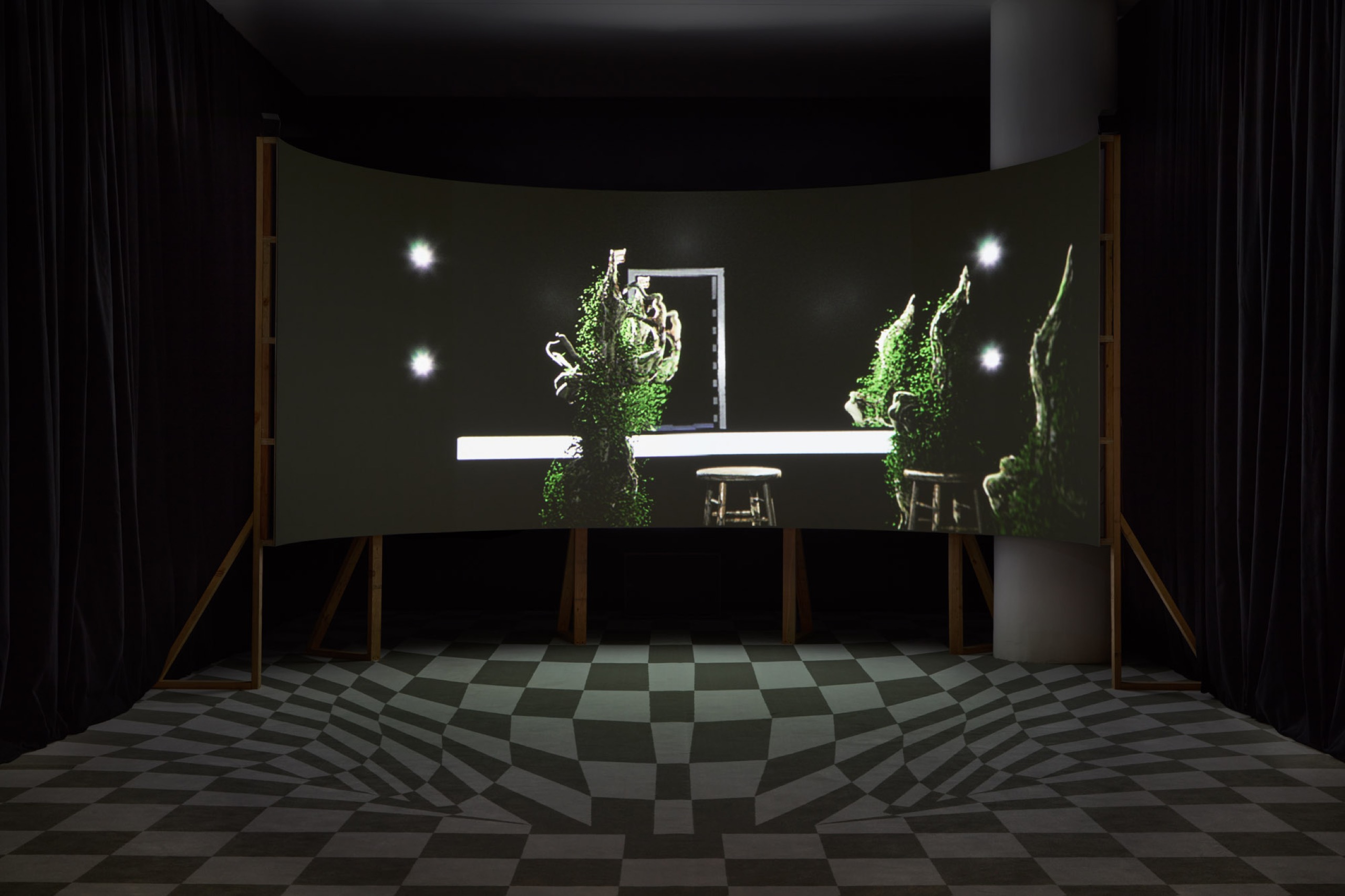 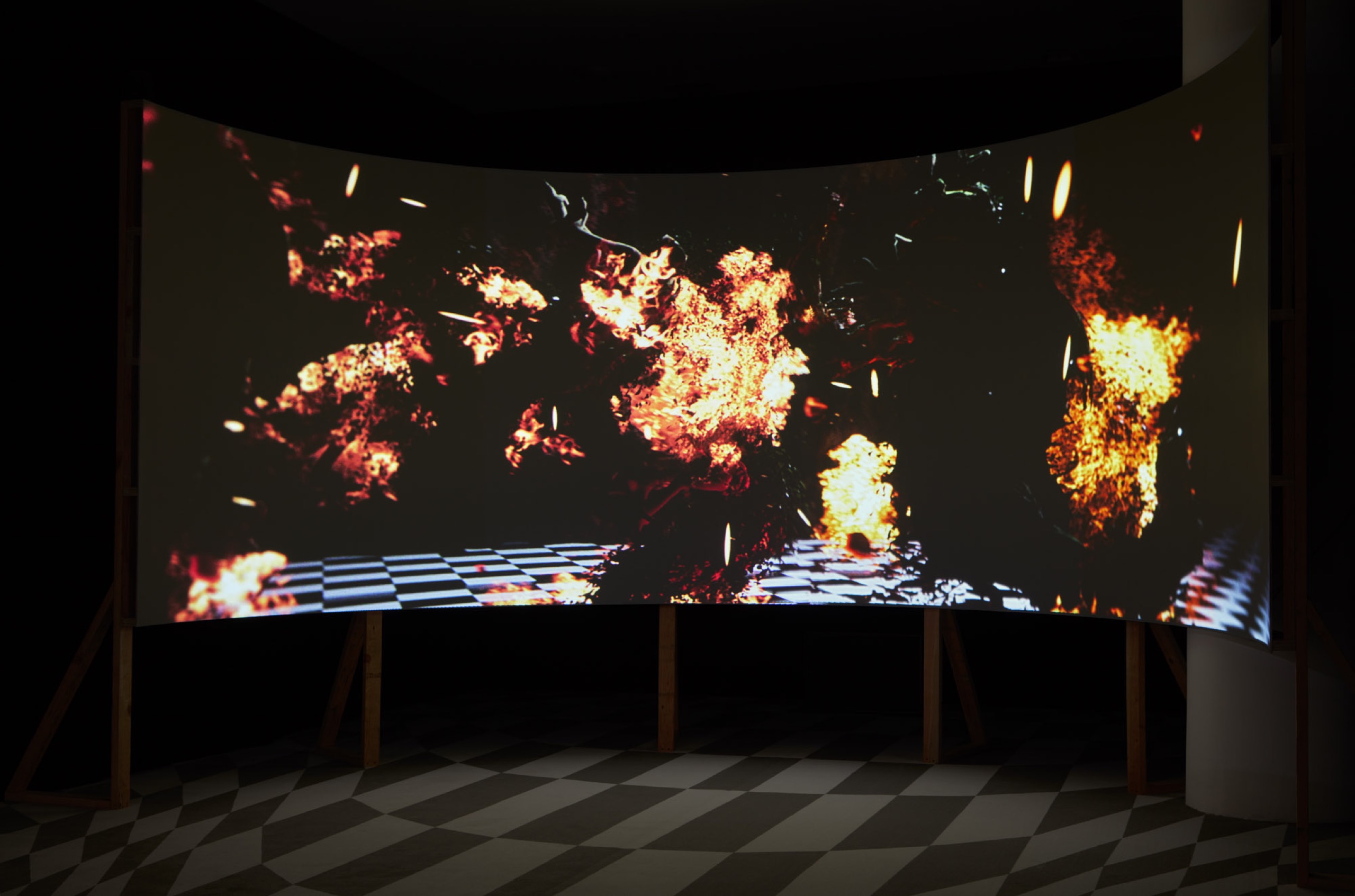 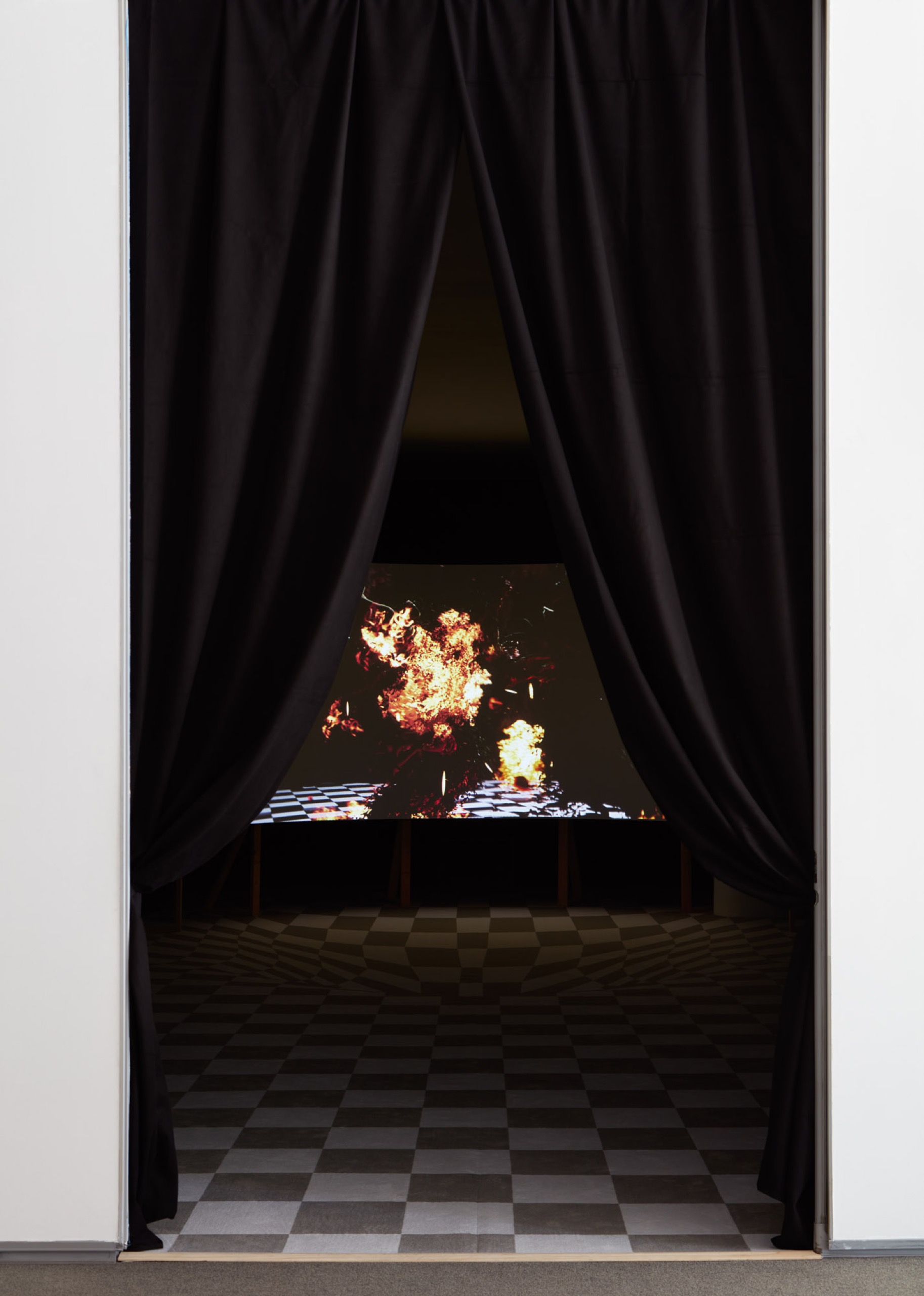 A newly-commissioned video and installation by Los Angeles-born and New York-based artist Aria Dean, Suite! stars a chorus line of Kudzu plants set within digitally-rendered versions of the installation as it appears in its presenting institutions. Accompanied by an original score, the work’s choreography combines the artist’s motion-captured movements with online video content, including a range of traditions such as Broadway musicals, 20th-century avant-garde dance, ballet, and pop choreography.

Aria Dean’s original writing is interspersed throughout the film, alongside other texts, in a bricolaged direct address. Compressing, converting, and dispersing the artist as a non-human entity through different digital and discursive operations, Suite! models a weird porosity between the artist’s role as a maker, a product, as well as a subject. Sixteenth-century philosopher and mathematician Giordano Bruno, who was burned at the stake for heresy, is among Dean’s quotations. Challenging Nicolaus Copernicus’ theory of the sun as the center of the universe, Bruno proposed that there may be an infinite number of suns in the universe, each with its own system of planets in orbit. Taking note from the experimental work of Woody Vasulka—who pioneered digital image manipulation—Dean investigates the relationship between images and the physical world as well as the potential for multiple, nested (actual and virtual) realities offered by moving images after the internet.

Dean explores these ideas using Kudzu (pueraria montana)—an invasive plant species that dominates the southeastern United States, both in its landscape and its cultural imaginary— as a proxy object and subject. Overtaking the sides of roads throughout the region, the species also appears frequently in Southern Gothic literature and other American traditions. Kudzu is a structural parasite, essentially smothering all other plant life. Rather than supporting itself, the vine trails and climbs over other objects, from buildings to other plants, to reach light. The only way to kill it for good is to burn it. As Dean proposes, people, landscapes, objects, and concepts are connected by death and haunting as in the Gothic tradition and contemporary necropolitics (the exercise of political power over life and death). Her interest in Kudzu lies in its resonance with Blackness as “a sort of viral force, a system of meaning capable of reproducing itself and its own meaning structures without any ontological core,” as well as its capacity to provide an inhuman, pseudo-organic proxy object for the artist’s digital presence within the work.