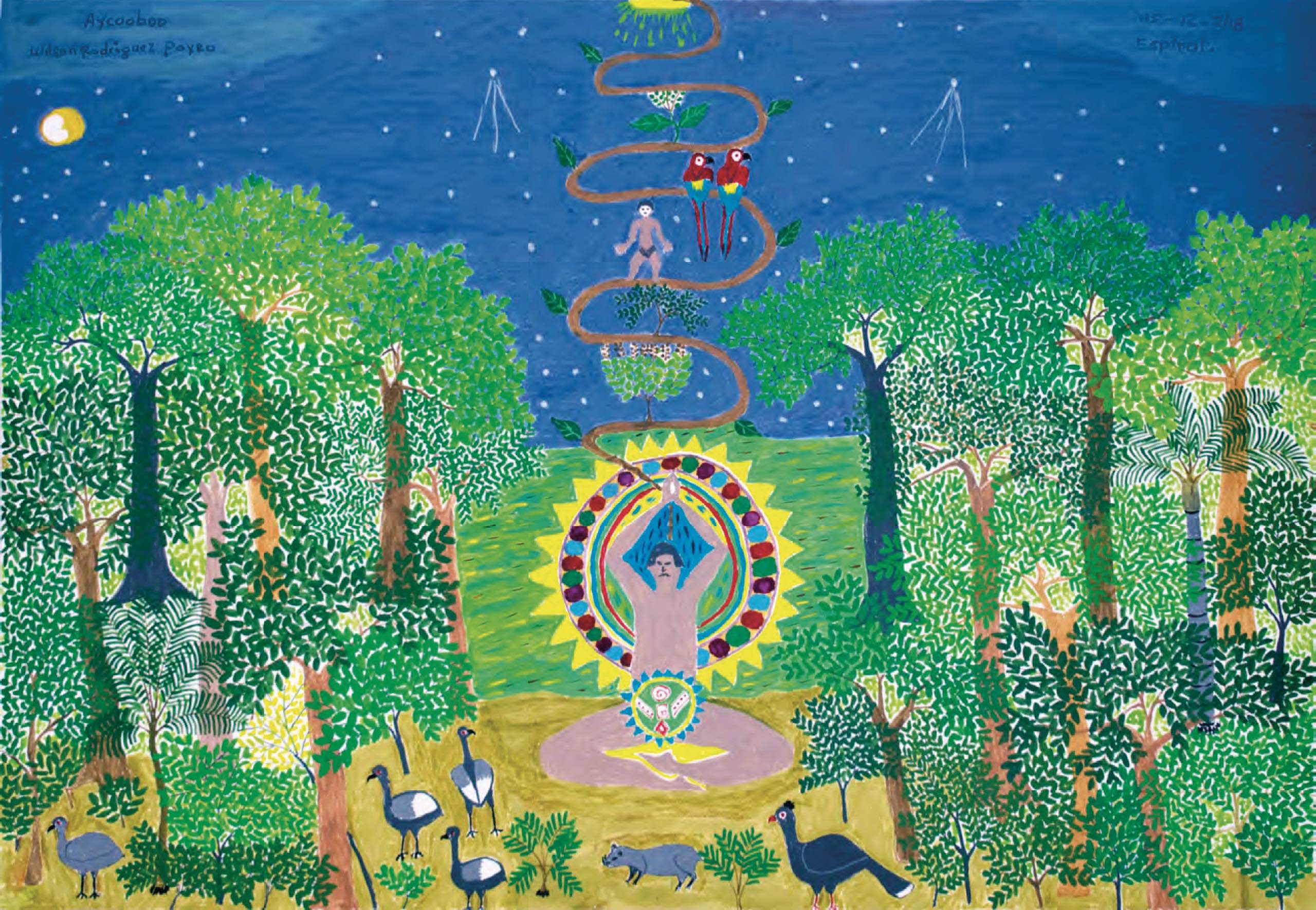 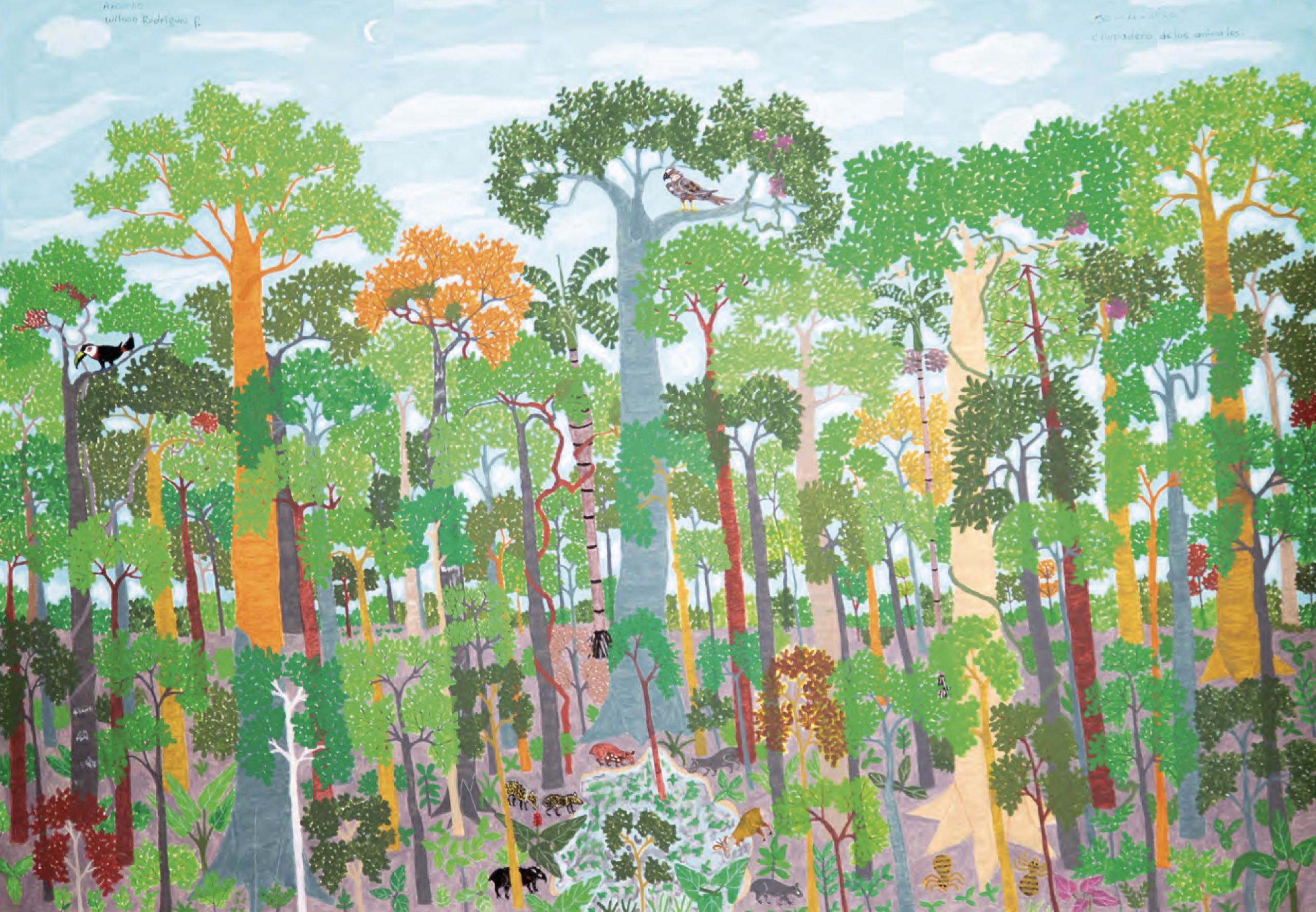 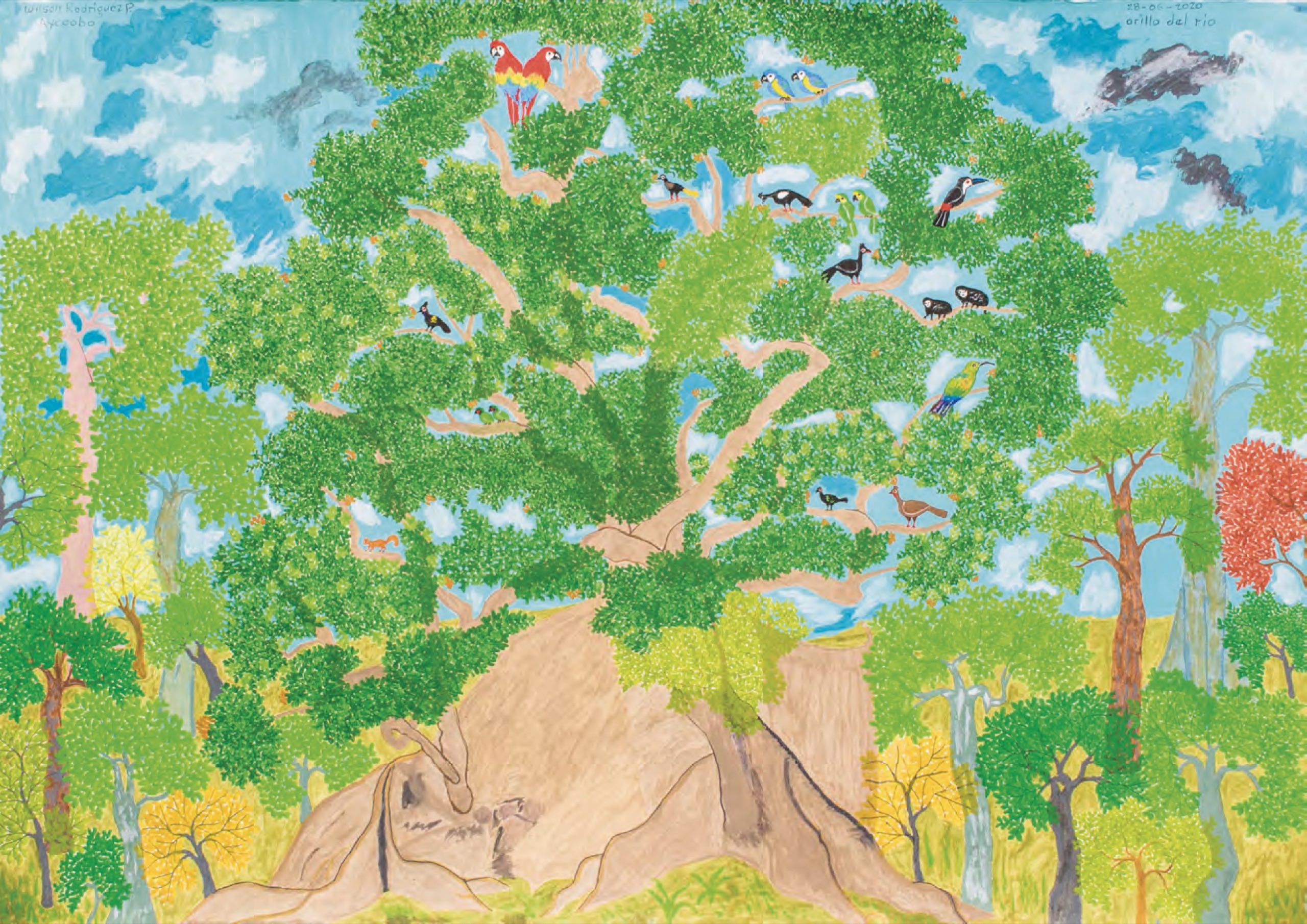 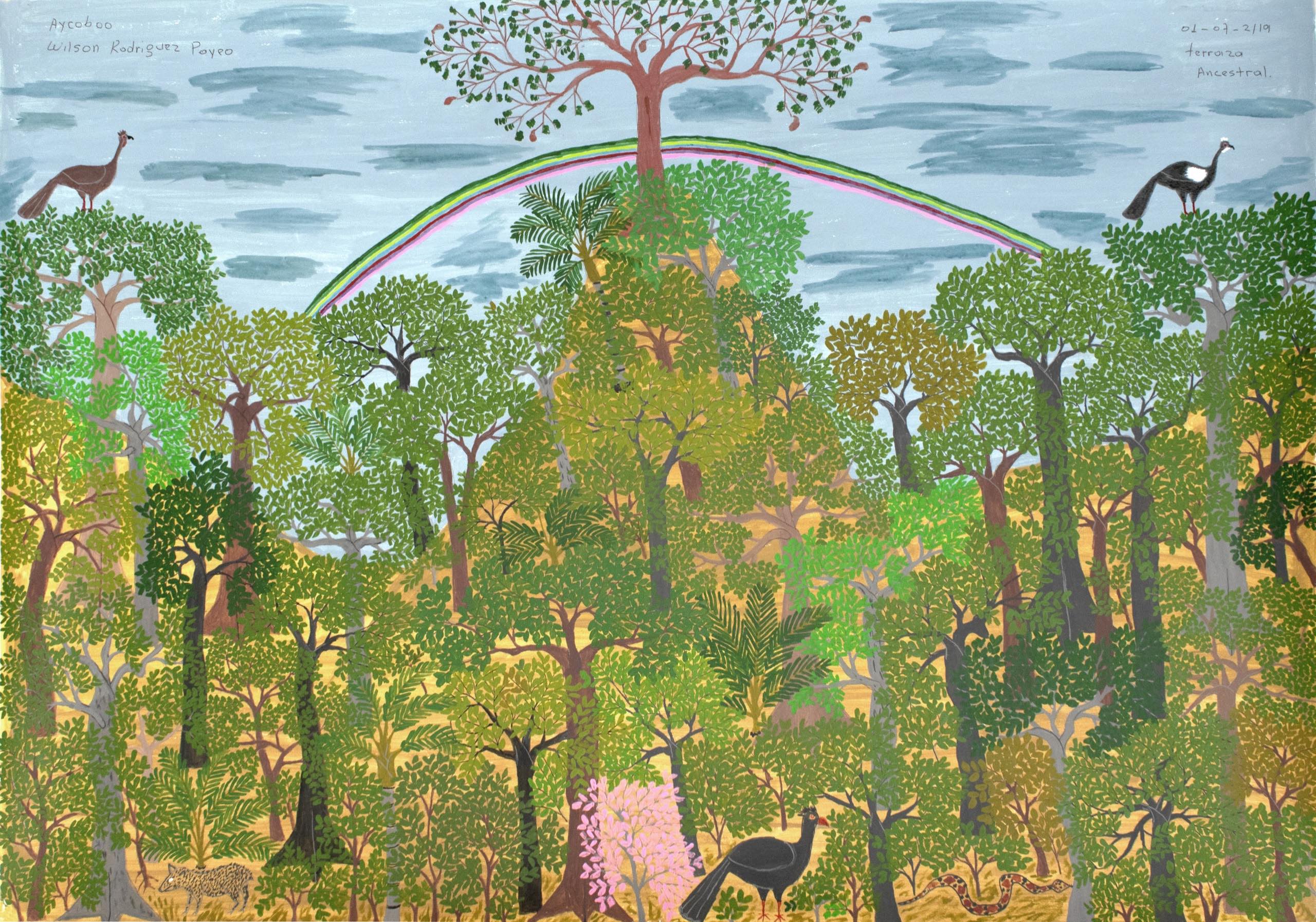 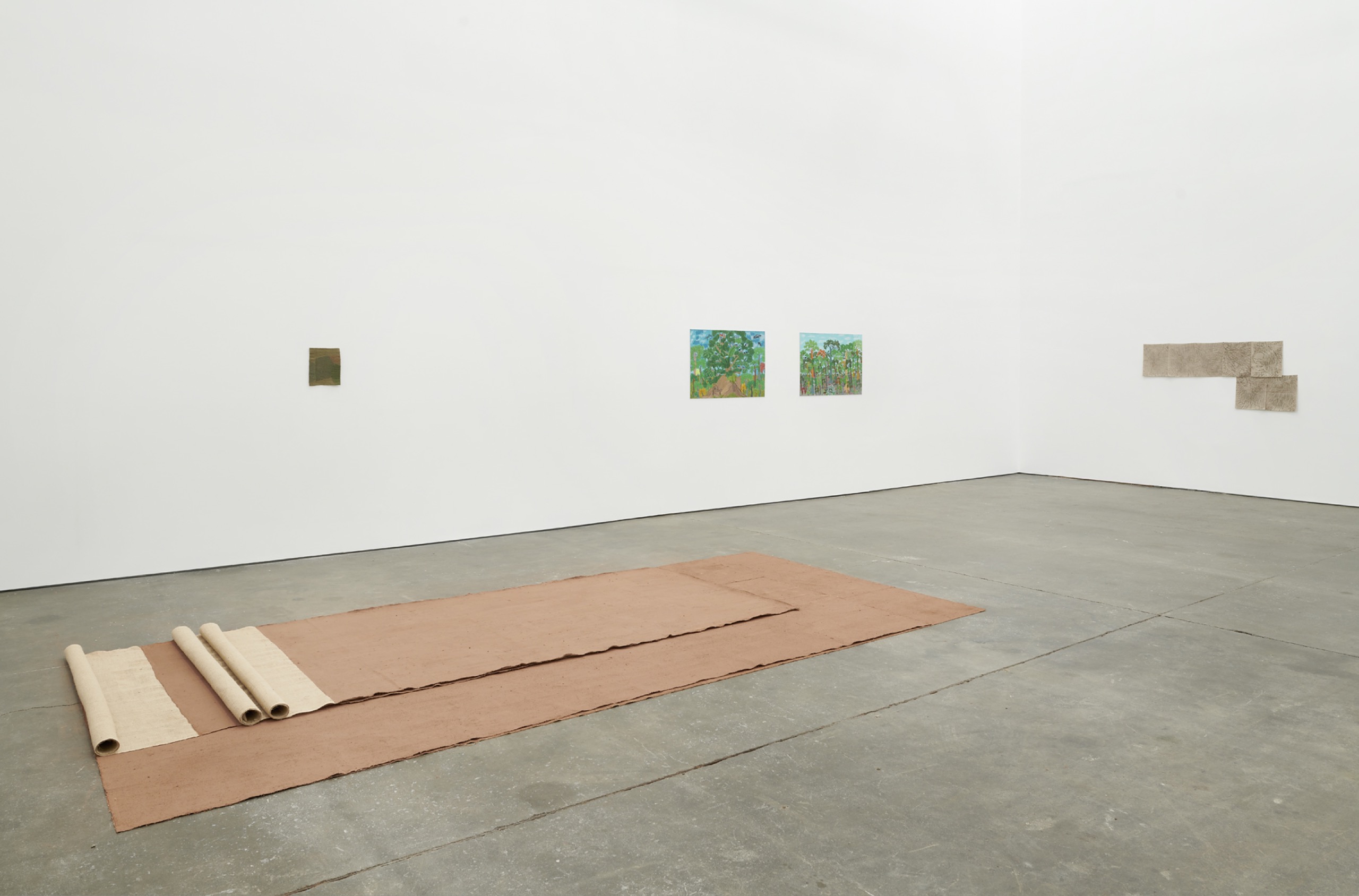 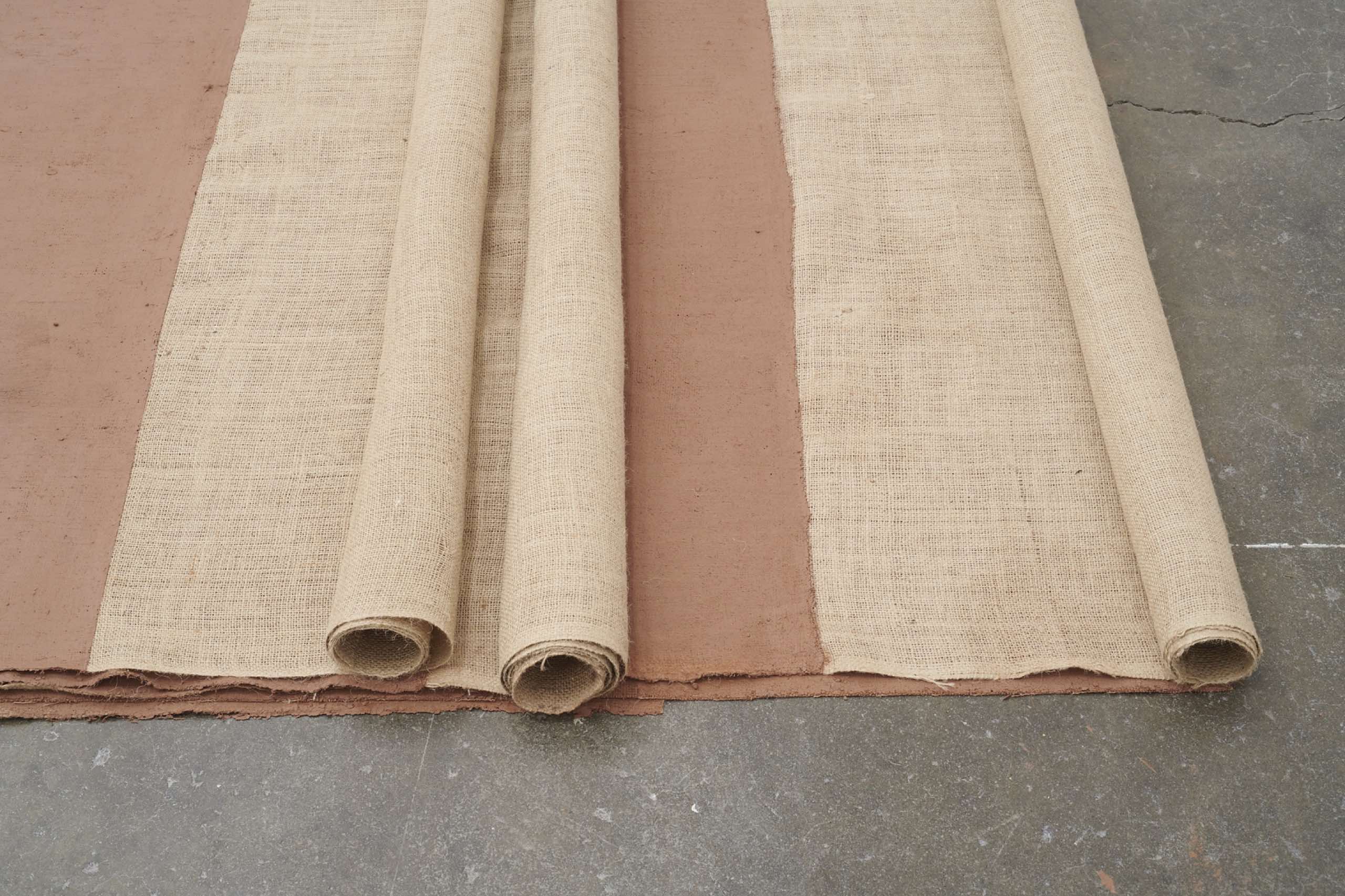 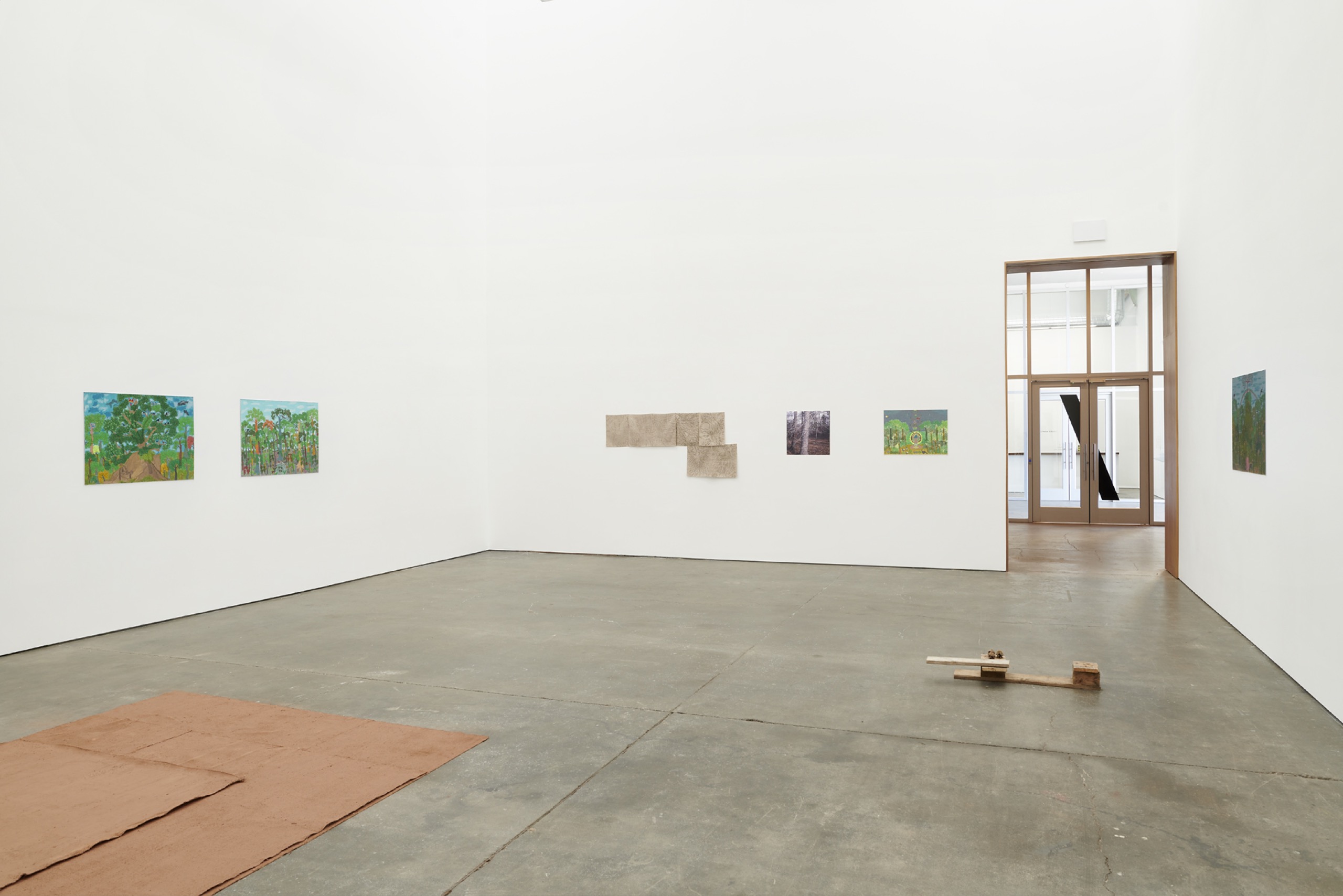 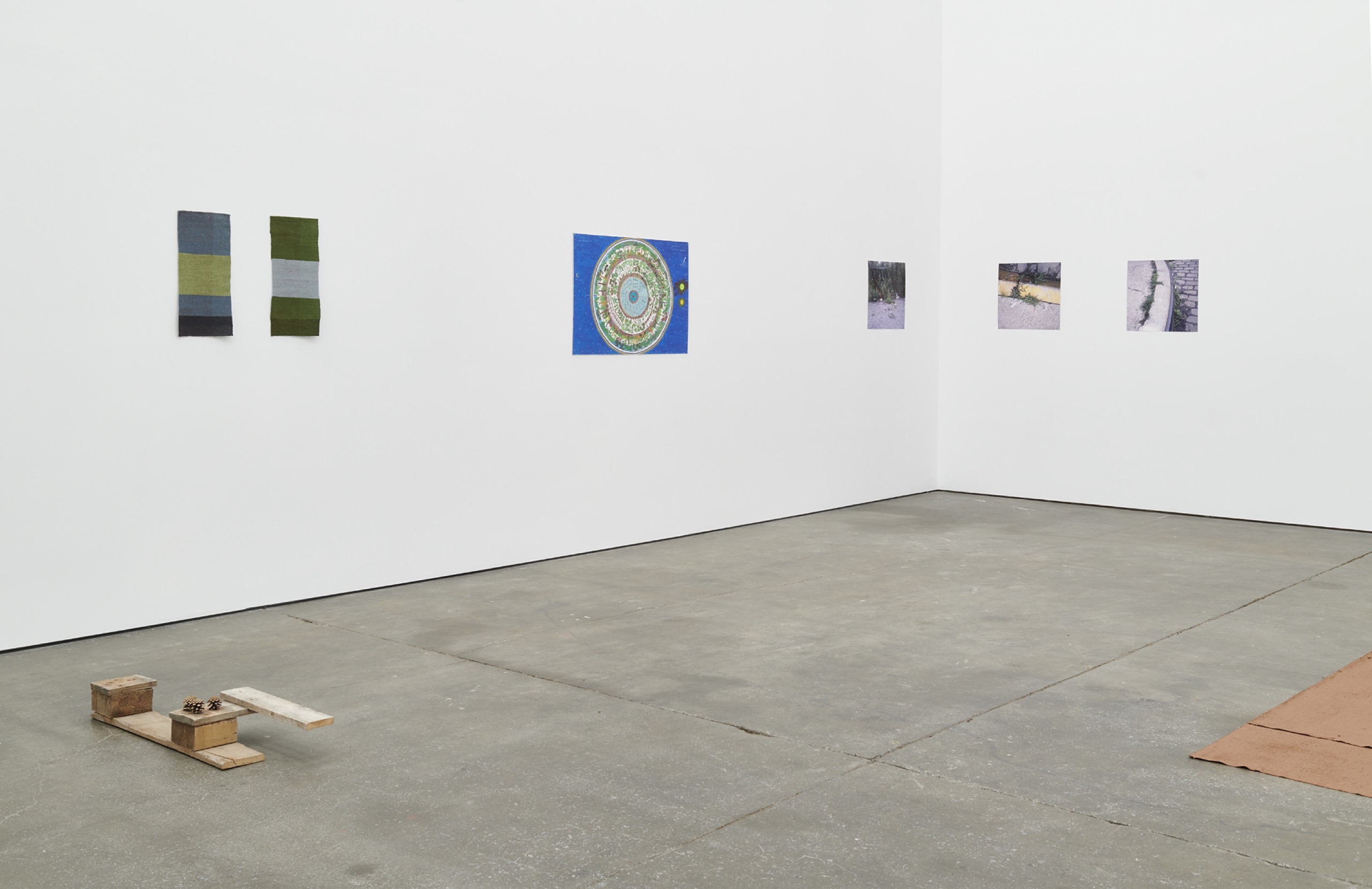 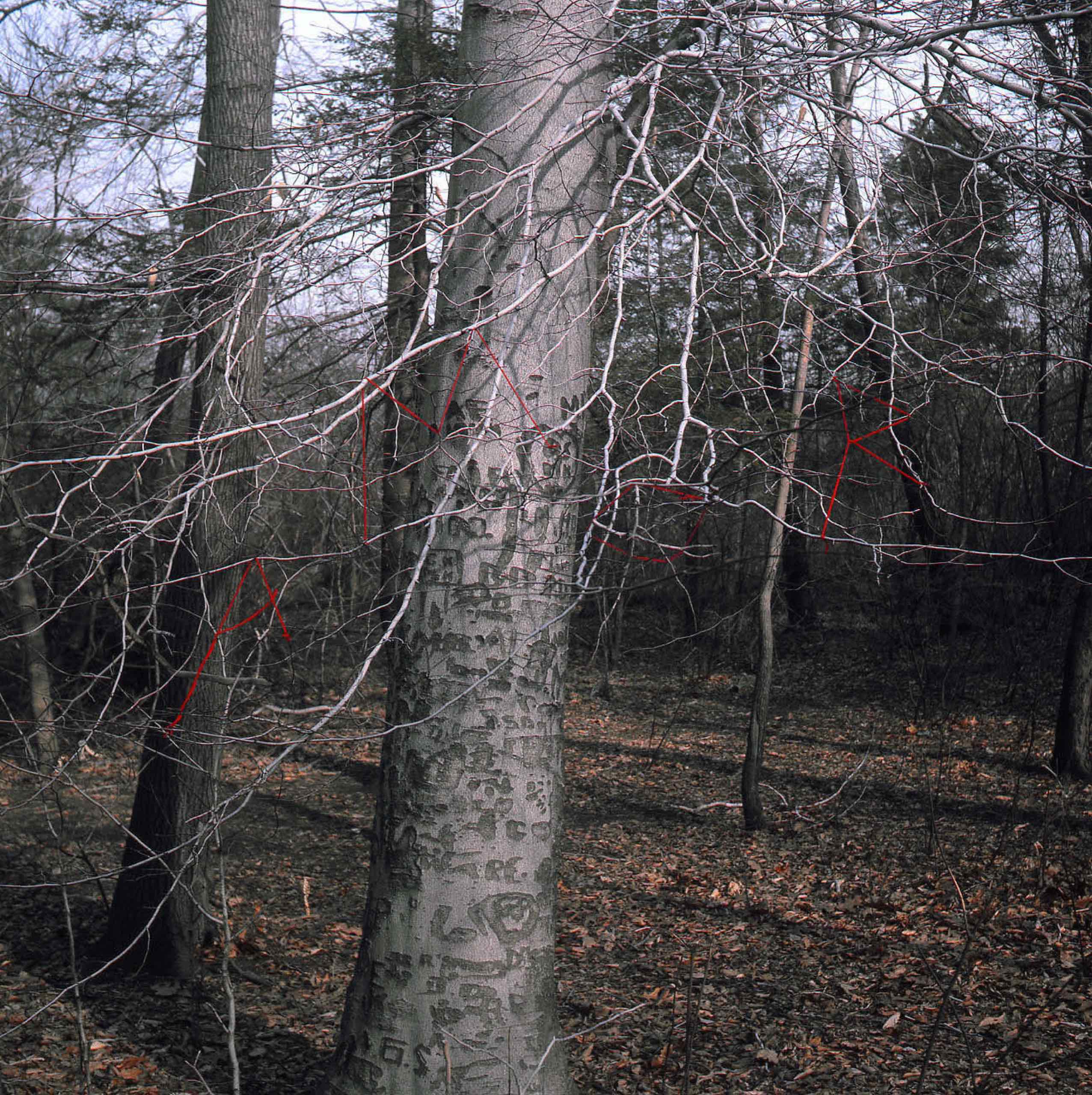 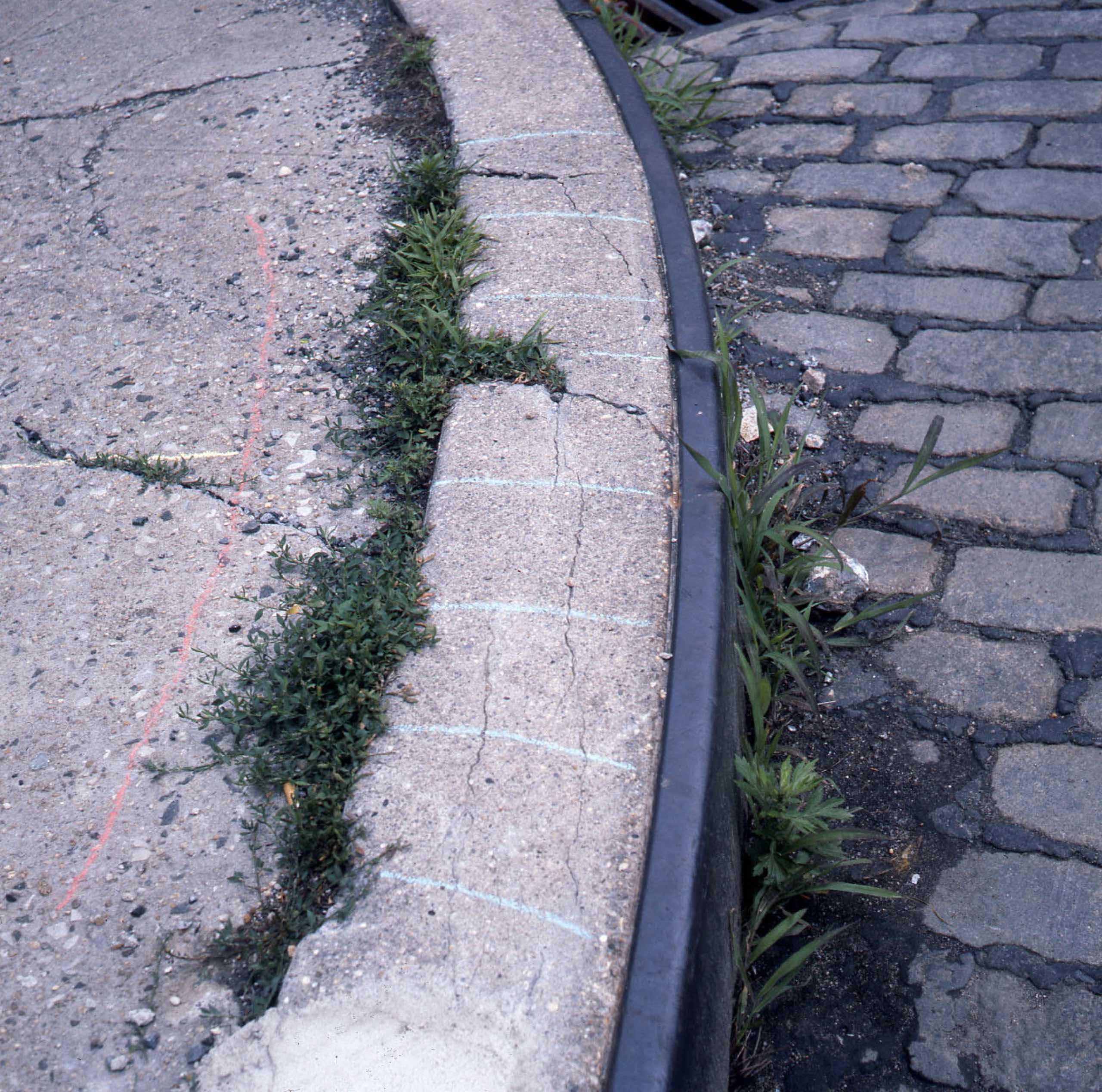 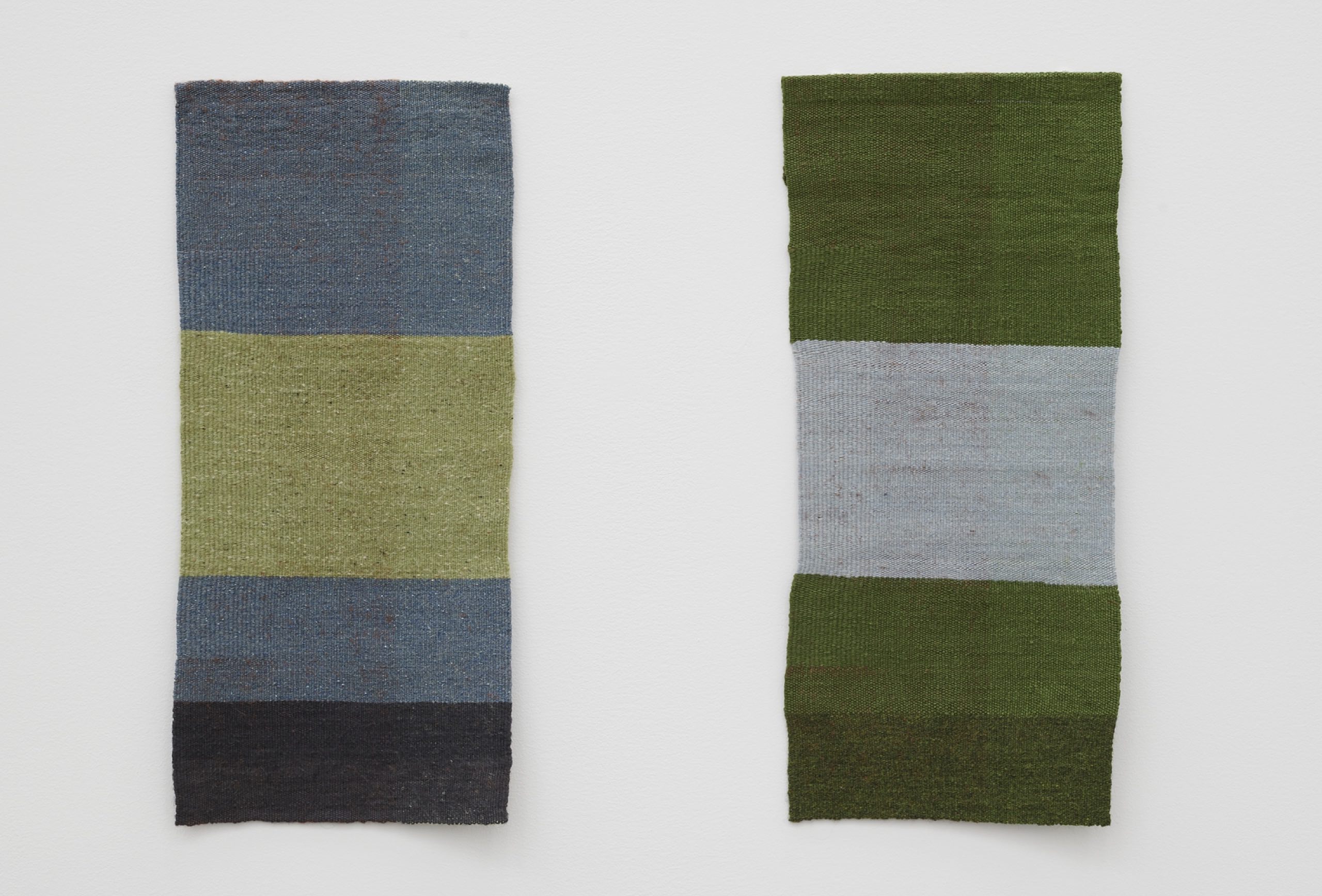 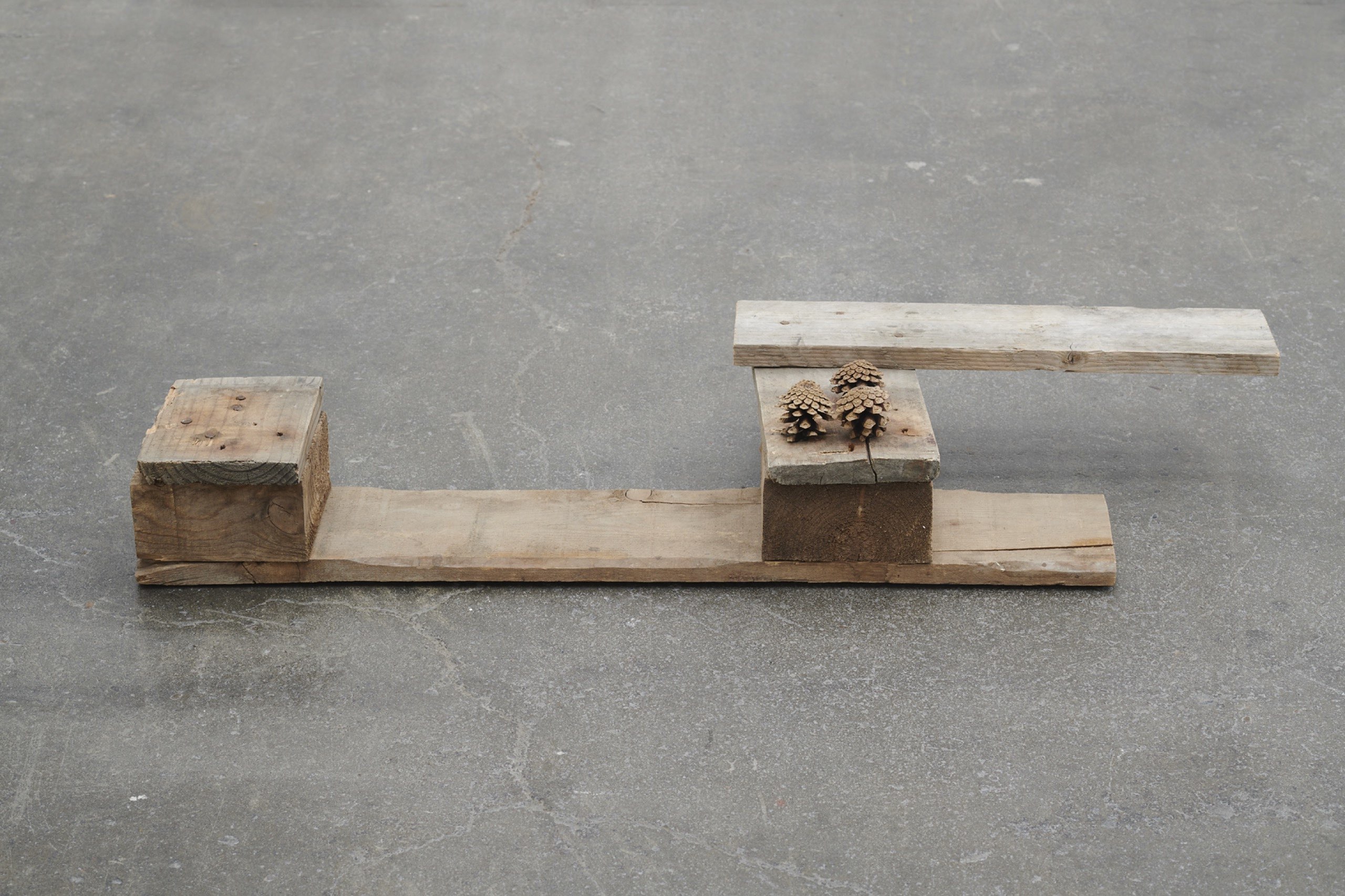 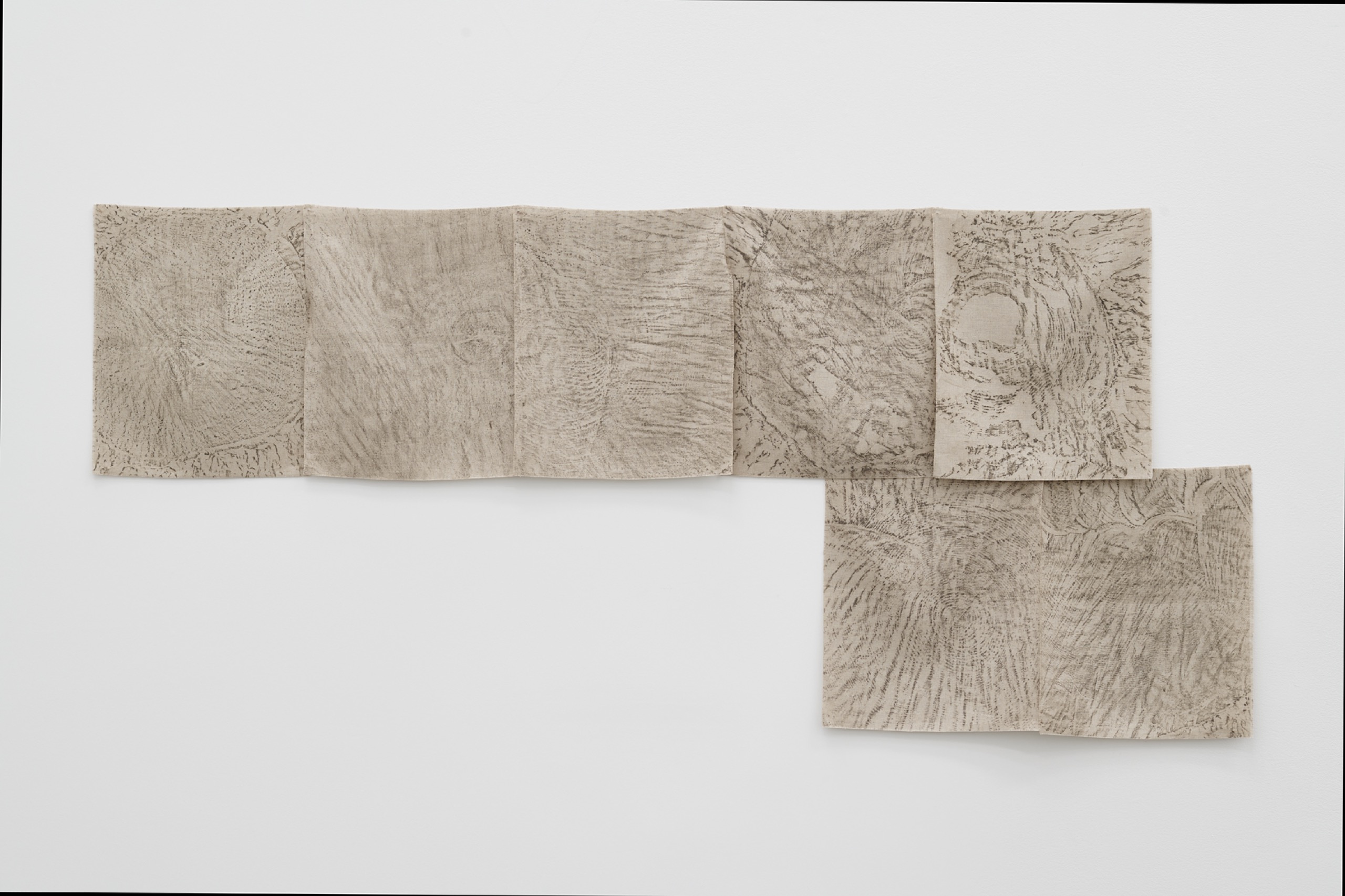 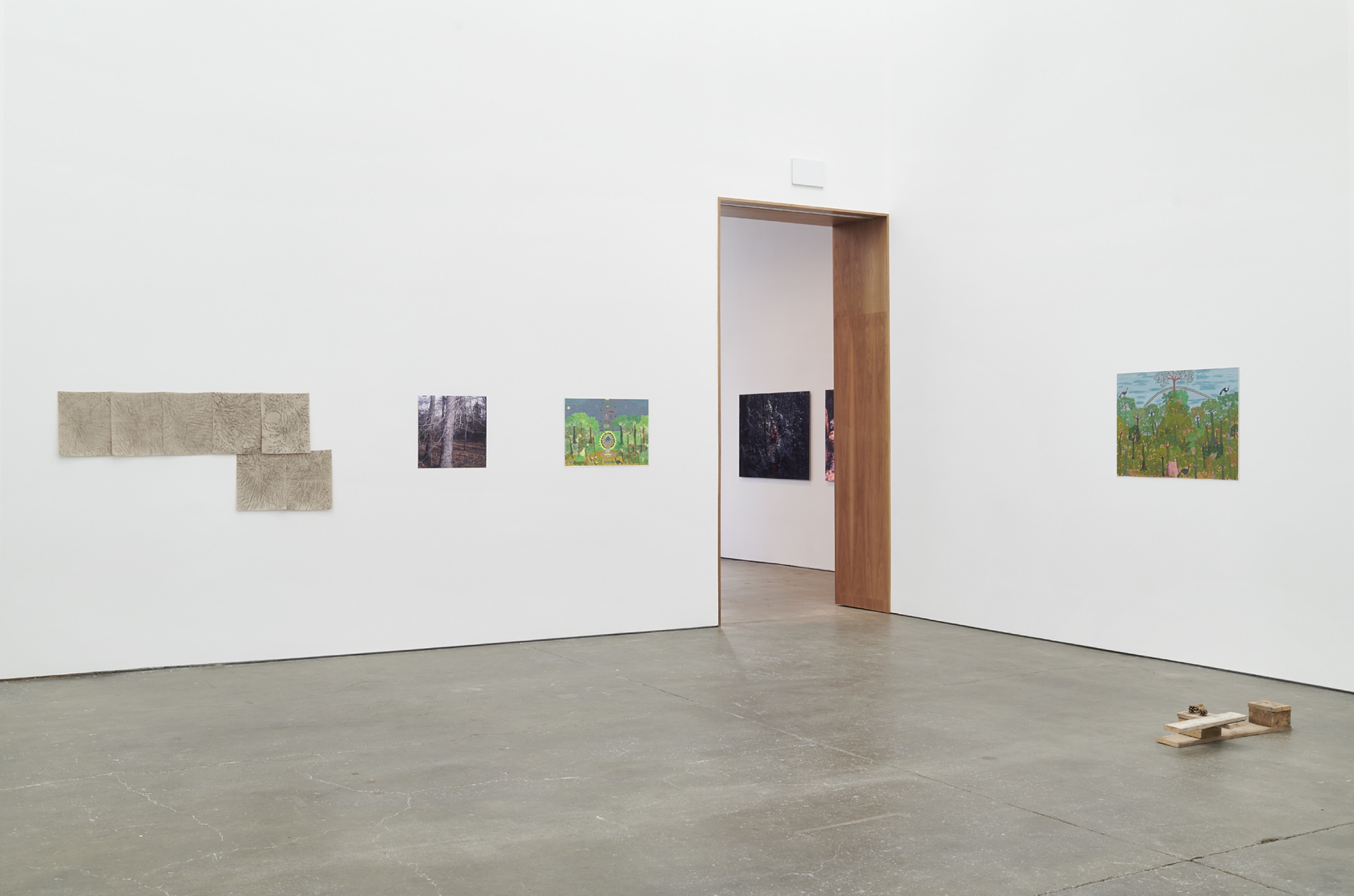 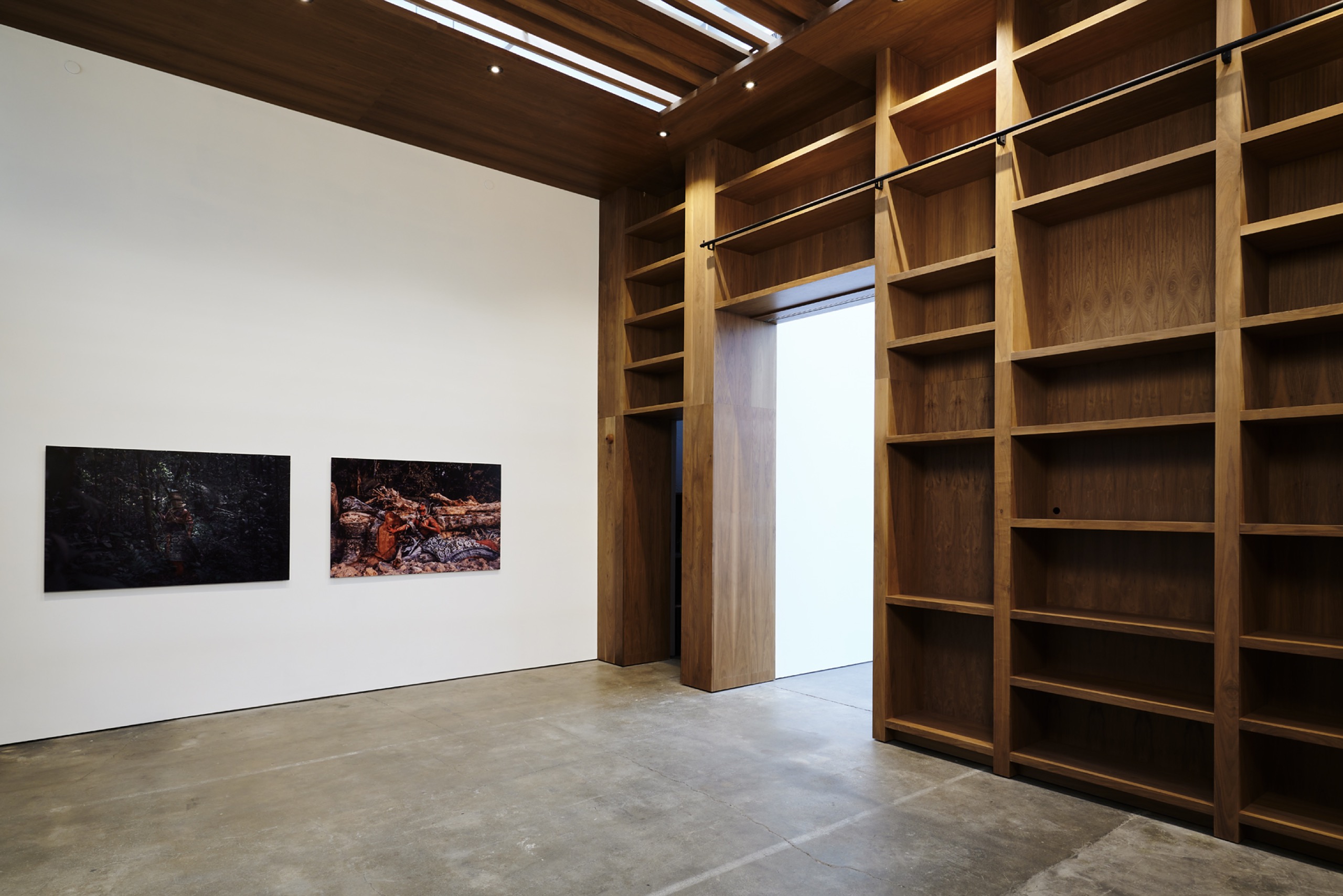 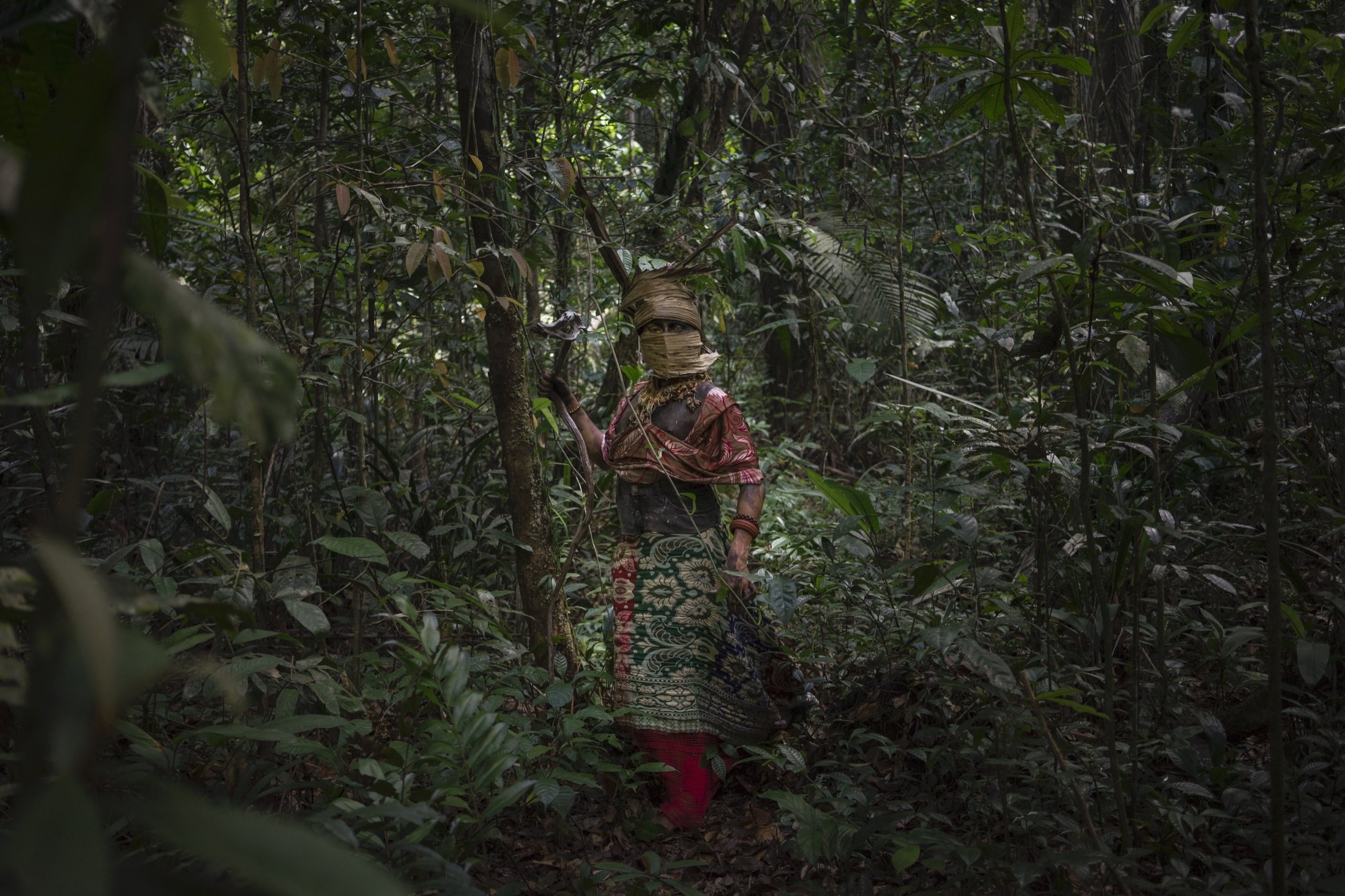 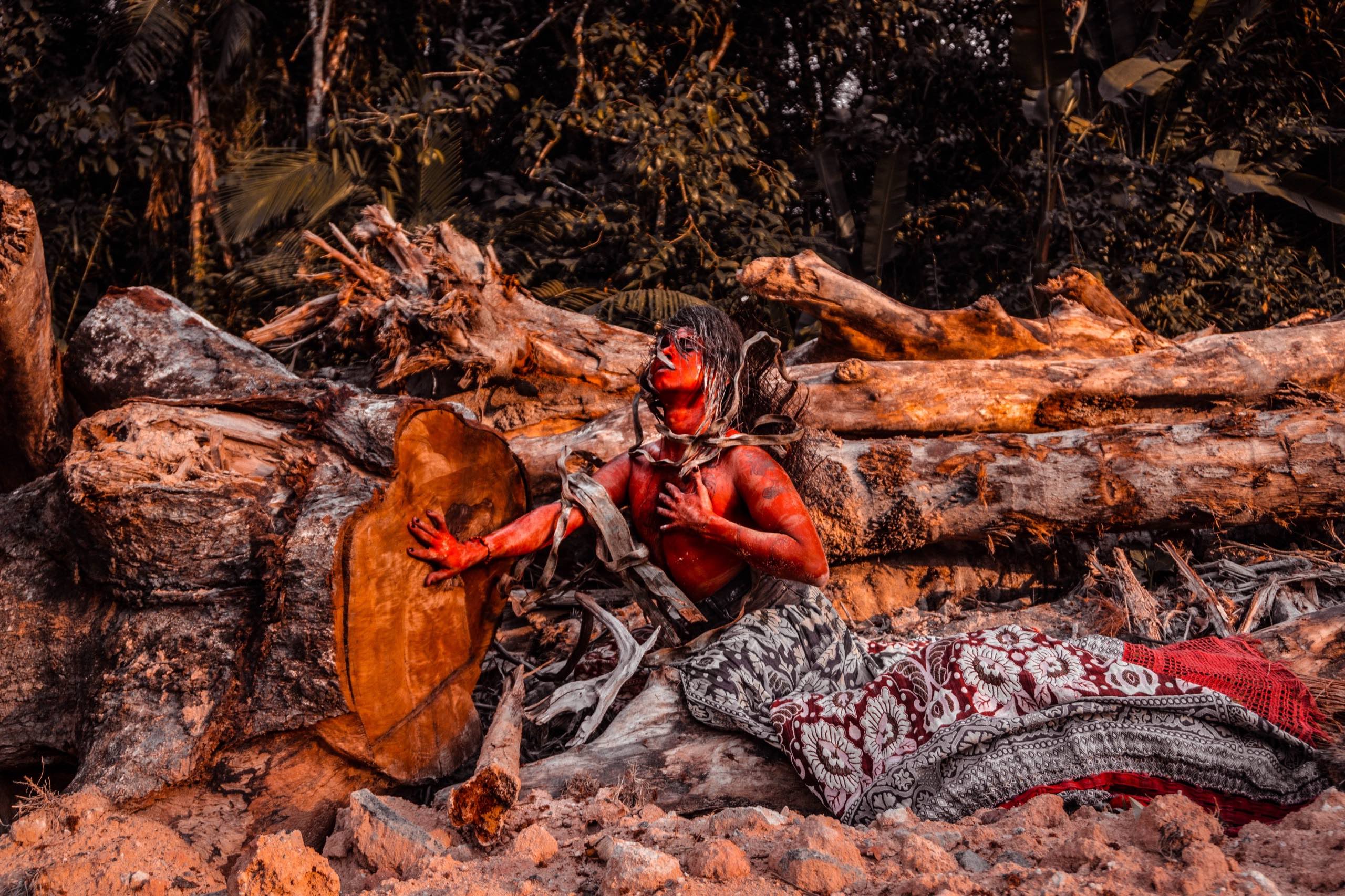 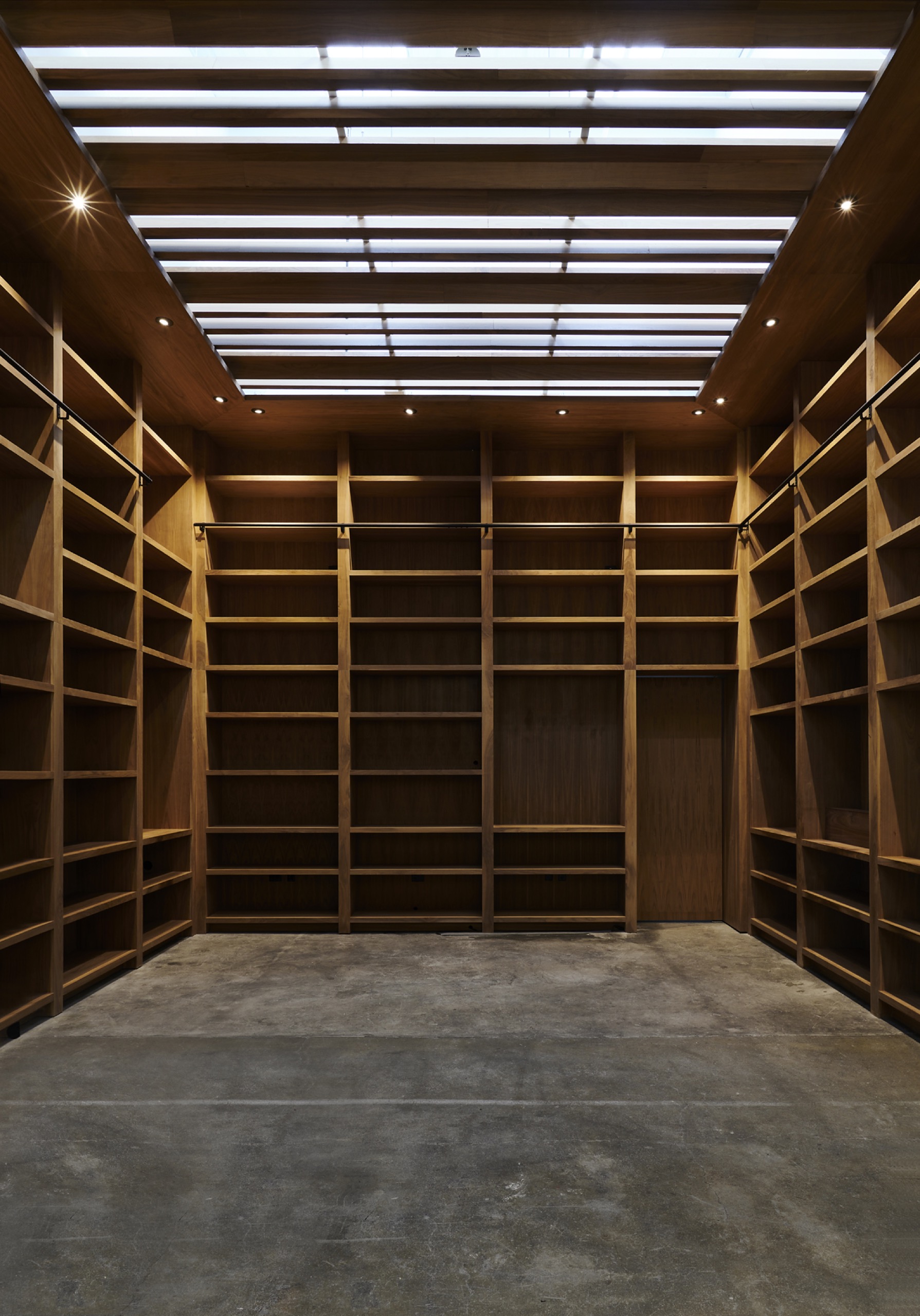 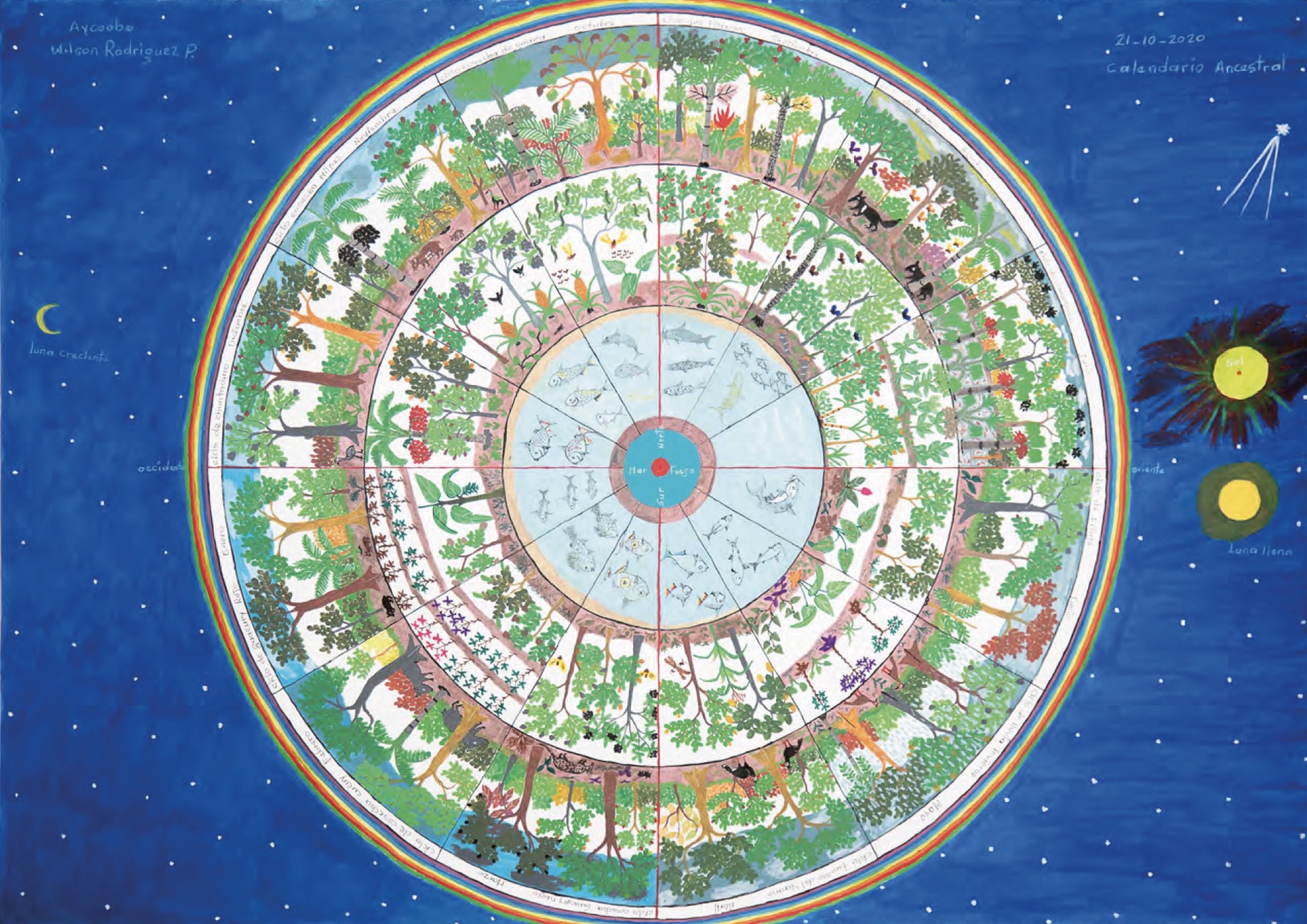 It appears as if all forms of life, especially now, are in a race for survival. Some might think that, in order to succeed, they must surround themselves with those they most resemble to make it easier to predict and understand behaviors and their environment. Others might think it is wiser to put as much distance as possible between themselves and anyone else so as to minimize any potential drain on limited natural supplies. Many have convinced themselves that their survival depends on their ability to extract resources from nature, monetize them as assets, and strengthen themselves via wealth and power. During the past few centuries, Western theories of biological evolution, alongside economic models centered around the individual, have taught us that competition is the motor of life and that genes are selfish, leading all organisms to fight for themselves, with only the fittest surviving.

But trees teach us a different and more collaborative side of the story. The more diverse a forest is, the healthier it is, and the more closely connected its trees are, the more resilient they become. Different trees contain diverse and complementary bits of vital knowledge, and should a single species dominate or become invasive, the forest, as a whole weakens. While this might sound like a metaphor, it’s a biological fact: life can only flourish if and when different living beings coexist alongside each other. Homogeneity and lack of inter-connectedness prevent life from thriving.

Trees also tell us how little we know about how survival actually works. They form underground networks, where carbon, fungi, and nutrients are passed from one to another. Chemical signals by one tree prepare another for danger because, together, all trees behave as a single body or organism. A forest is not just a collection of trees, but a complex society that thrives and relies on cooperation, rather than self-interest.

While the artists included are human animals, this exhibition proposes an "arboreal" way of understanding the world and invites us to rethink the relationship we have with the forests and with one another. The artists' works draw on Indigenous knowledge and experience, notions of inner sound and resonance, Buddhist pragmatism, the practice of walking, activism, and biology. While trees appear to be static, unable to move from one place to another, their bodies contain the many interconnected layers and nuances that make life possible.

‍Aycoobo (b. 1967, La Chorrera, Colombian Amazon), also known by his Spanish name, Wilson Rodríguez, is a Nonuya Indigenous artist whose practice started with the teachings of his father, Abel Rodríguez, about his vast botanical knowledge of the Amazon forest. Currently, Aycoobo’s artistic practice and search is based on the feelings, inspirations, and observations he experiences during rituals with sacred plants, which, for him, allow for an exploration and connection with the higher spiritual presence that exists in all living things. He has shown his work at Instituto de Visión in Bogotá and the Toronto Biennial ofArt. He lives and works in Bogotá, Colombia, where he and his family were forced to flee in the early 2000s due to the decades-long violent conflict taking place in non-urban areas across the country.

Bill Fontana (b. 1947, Cleveland, Ohio) is a composer and artist who developed an international reputation for his pioneering experiments in sound. Since the early 70’s,Fontana has used sound as a sculptural medium to interact with and transform our perceptions of visual and architectural spaces. He has realized sound sculptures and radio projects for museums and broadcast organizations around the world. His work has been exhibited at theWhitney Museum of American Art in New York; the San Francisco Museum of Modern Art; theMuseum Ludwig in Cologne; the Post Museum in Frankfurt, the Art History and Natural HistoryMuseums in Vienna; Tate Modern and Tate Britain in London; the 48th Venice Biennial; theNational Gallery of Victoria in Melbourne; the Art Gallery of NSE in Sydney; and the new Kolumba Museum in Cologne. He has done major radio sound art projects for the BBC, theEuropean Broadcast Union, the Australian Broadcasting Corporation, NPR, West German Radio,Swedish Radio, Radio France, and the Austrian State Radio.

Helen Mirra (b. 1970, Rochester, New York) is a conceptual artist engaged with Buddhist and pragmatist philosophies. She is currently interested in rocks, gradual slopes, and the liberatory paradigm of autist-nature. Since 2006, her practice has integrated the primary acts of walking and weaving, as well as the secondary material of language. She has participated in the 12th Havana Biennial, the 30th São Paulo Biennial, and the 50th VeniceBiennial. A fifteen year survey of her work was presented at Culturgest in Lisbon in 2014. Major exhibitions have taken place at the Berkeley Art Museum; the MIT List Visual ArtsCenter in Cambridge; KW Institute for Contemporary Art in Berlin; Bonner Kunstverein in Bonn; the Whitney Museum of American Art in New York; and the Renaissance Society in Chicago, among others. Mirra lives and works in Muir Beach, CA.

‍Delcy Morelos (b. 1967, Tierralta, Colombia) is an artist born and raised in Córdoba, a state of Colombia regularly impacted by paramilitary violence. Her work explores submission, exploitation, oppression, brutality, and contempt between people and their relationship to nature at large. Her projects eliminate the distinctions between painting, sculpture and installation, often using soil and other natural elements as her primary materials. Her work has been presented at SOMArts in San Francisco; the Museum of Modern Art in Barranquilla; the7th Mercosul Biennial in Porto Alegre; the 6th Havana Biennial; the Röda Sten Konsthall in Göteborg; Southern Alberta Art Gallery in Lethbridge; Gertrude Contemporary in Melbourne; and Galería Santa Fé in Bogotá, among others. Morelos lives and works in Bogotá, Colombia.

Emerson Uýra (b. 1991, Santarém, Brazil) is a hybrid entity made of Emerson Munduruku, anIndigenous artist, educator, activist, biologist, and ecologist, and Uýra Sodoma, a drag queen persona born in 2016, who embodies a “tree that walks” via performance and photo-performance. The character Uýra exposes and aims to cure the diseases caused by systemic colonial violence. She is interested in living systems and how they’re violated. She(re)tells stories about nature, enchantments, and the intersections found in the forest-city landscape from the perspective of diversity, dissent and adaptation. She has shown her workin the Galeria de Artes Visuais do Largo São Sebastião, in Manaus, Brazil, the Instituto Tomie Ohtake in São Paulo, and will be included in the upcoming São Paulo Biennial. Sheresides in Manaus, an industrial territory in the middle of the Central Brazilian Amazon.

Cecilia Vicuña (b. 1948, Santiago, Chile) is a poet, artist, filmmaker and activist. Her work addresses pressing concerns of the modern world, including ecological destruction, human rights, and cultural homogenization. From 2019 to 2021, a retrospective of her work traveled from the Kunst institut Melly in Rotterdam to the MUAC in Mexico City and is currently on view at CA2M – Centro de Arte Dos de Mayo in Madrid. Major exhibitions have also been presented at the Berkeley Art Museum, the ICA Philadelphia, the Museu de Arte Moderna do Rio de Janeiro, the Museo Nacional de Bellas Artes de Santiago, ICA London, and the Whitechapel Art Gallery in London, among others. She lives and works in New York City and Santiago, Chile.

Juana Berrío is an interdisciplinary cultural producer. She has worked as a curator, writer, educator, arts programmer, and artist. She has held positions at the Walker Art Center, theNew Museum, and at the 2013 Venice Biennale. Berrío cofounded and directed Kiria Koula, a gallery, bookstore, and programming space in San Francisco. As an independent curator, she has organized exhibitions and events at The Lab, Minnesota Street Project, SOMArts, BAMPFA, Et. Al, Wattis Institute, and UNTITLED SF, among others. She has contributed essays to national and international publications. Juana is currently Adjunct Professor in Fine Arts at CCA.